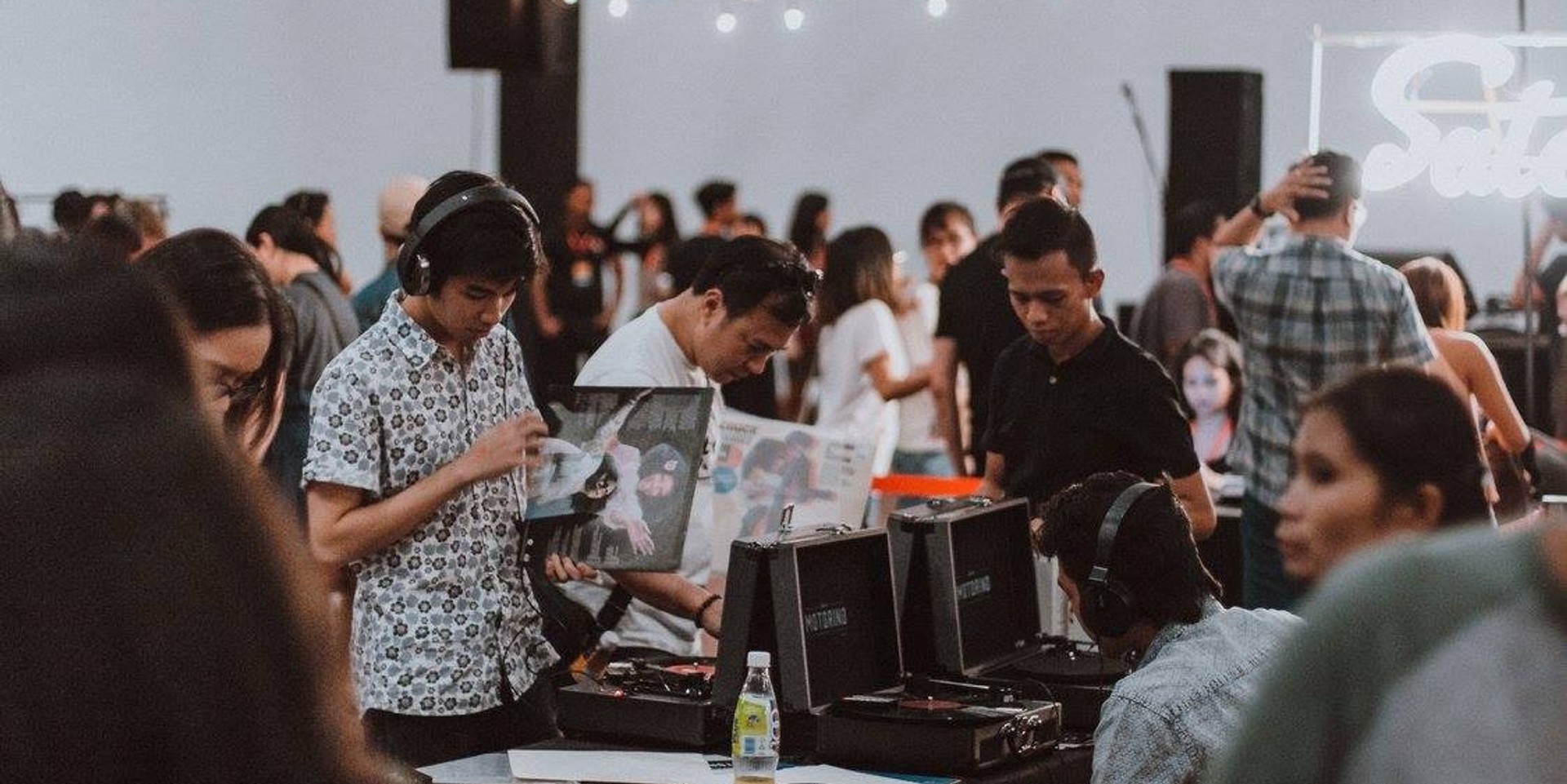 To say that Satchmi Vinyl Day 2017 was a success is an understatement.

It was a huge hit: the 30% off on classic vinyl records; the illustrious Motorino Mk. III, complete with a built-in headphone jack, Bluetooth connectivity, and other rad features; a collection of artists and designers willing to share paintings and other vibrant merch; and other vintage and quirky finds—more so with the amazing line-up of bands and musicians, their visuals, and the overall energy they brought with their sound.

True enough, it was a red-letter day for audiophiles both young and young-at-heart, as well as people who have been newly introduced to the lifestyle of uncommon joys.

As with all Vinyl Days to date, there stood a small listening space at the center, where attendees could truly experience the warm and full-bodied sound of vinyl. It’s no surprise that when we asked analog aficionados which album has played a role in their lives, they quickly took to the crates and sifted through record after record.

We took some time to chat with a few Satchlings about the records that shaped their lives. 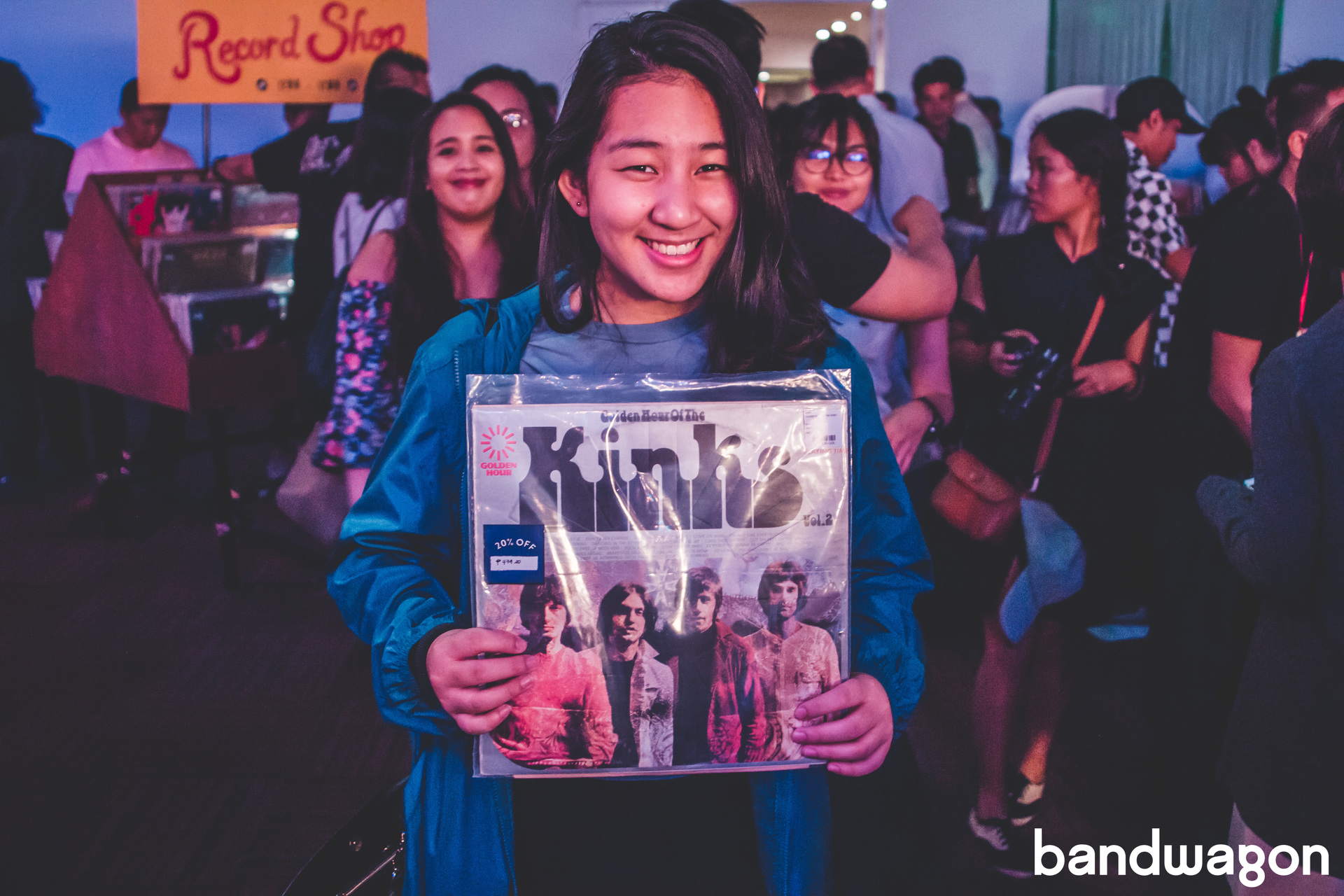 The record that I jam to at 2am on the road: Golden Hour Of The Kinks – The Kinks

“I used to listen to some of these songs that used to play in some of the old 90s shows on TV. I like to look for music that reminds me of the carefree time and I listen to them when it’s quiet and I’m alone. It brings me back to the time in my life when everything was exciting!” 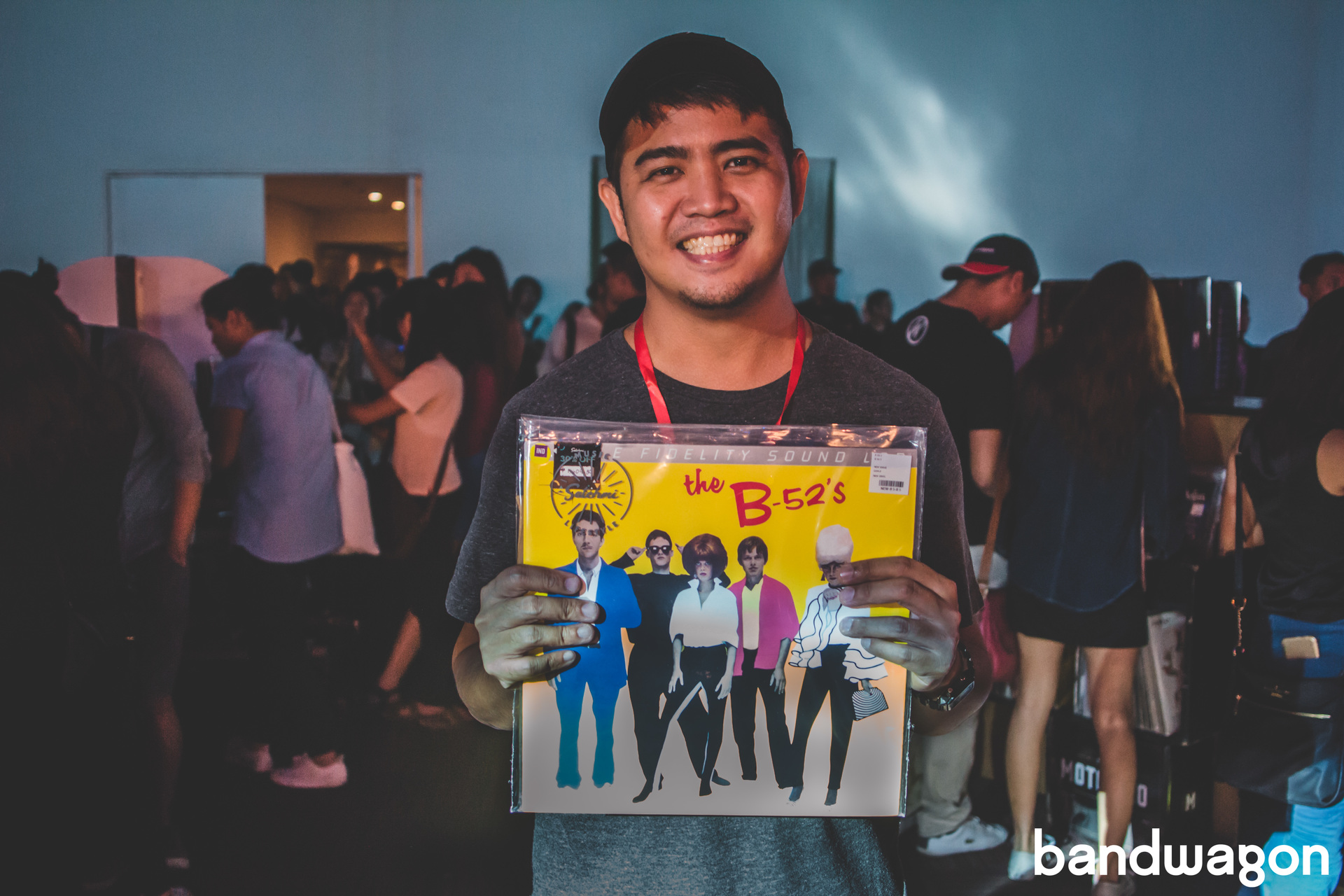 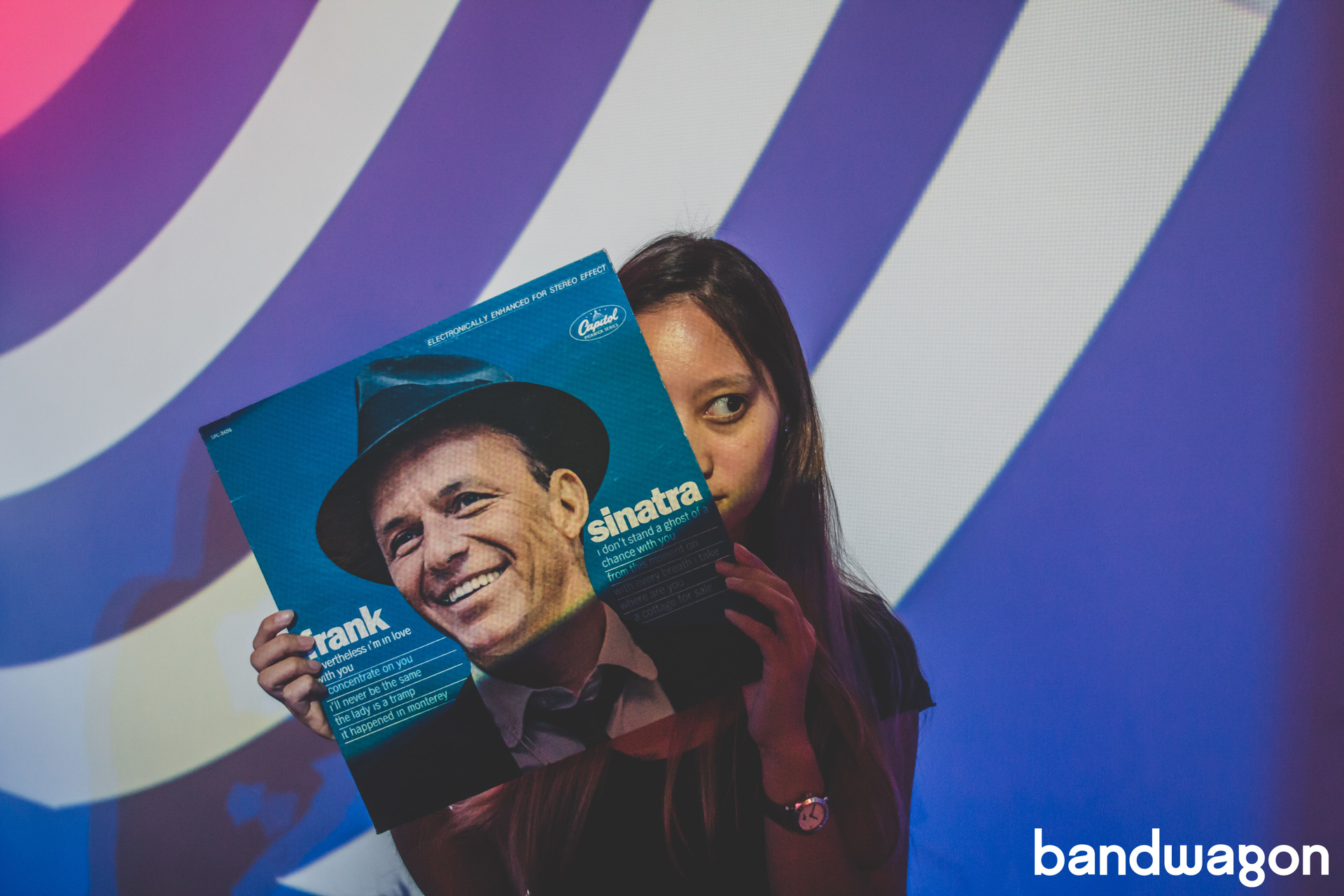 The record that stood the test of time: Nevertheless I'm In Love With You – Frank Sinatra 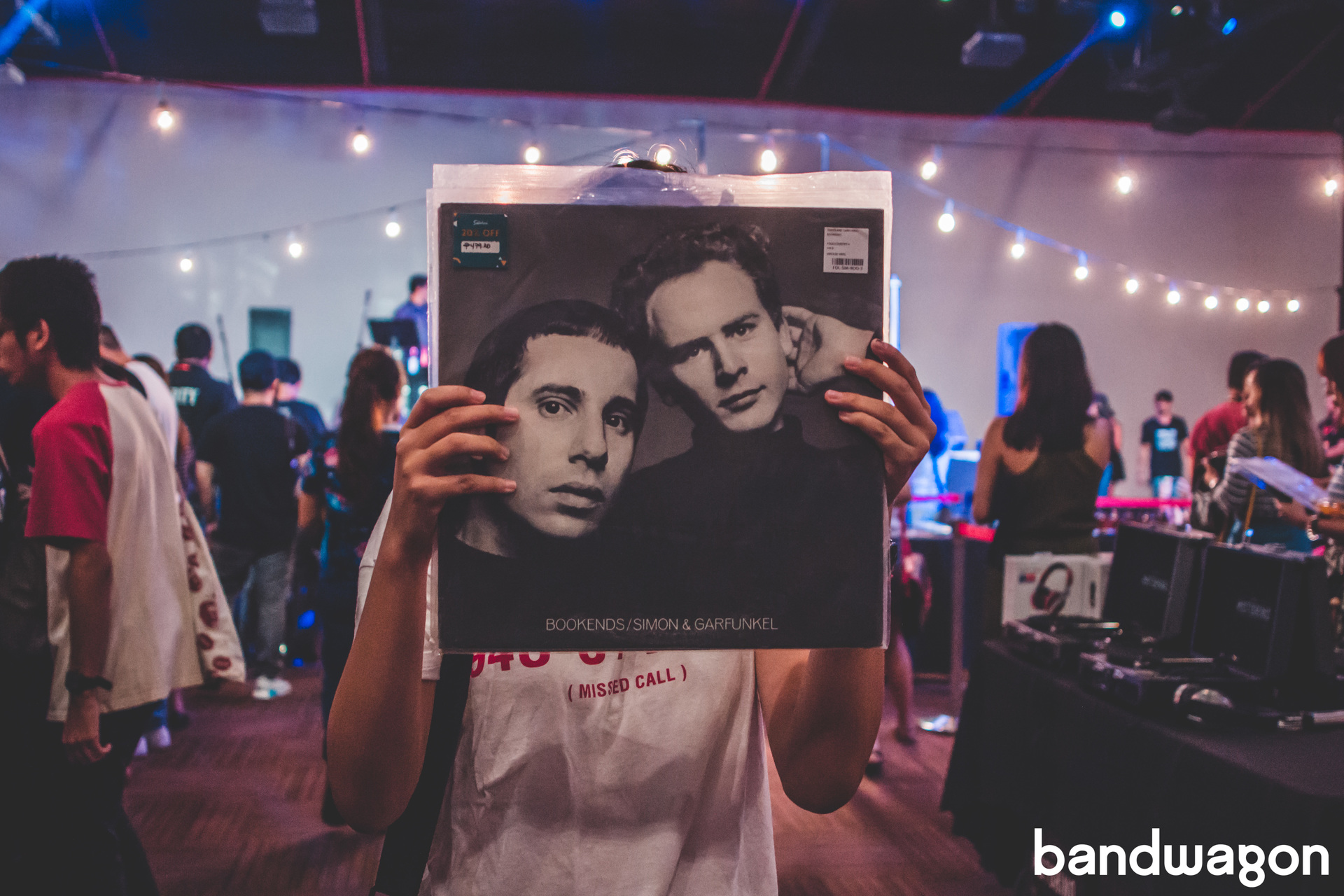 The record I listen to when I’m mad: Bookends – Simon & Garfunkel

“I listen to this when I’m mad because folk music calms me down!” 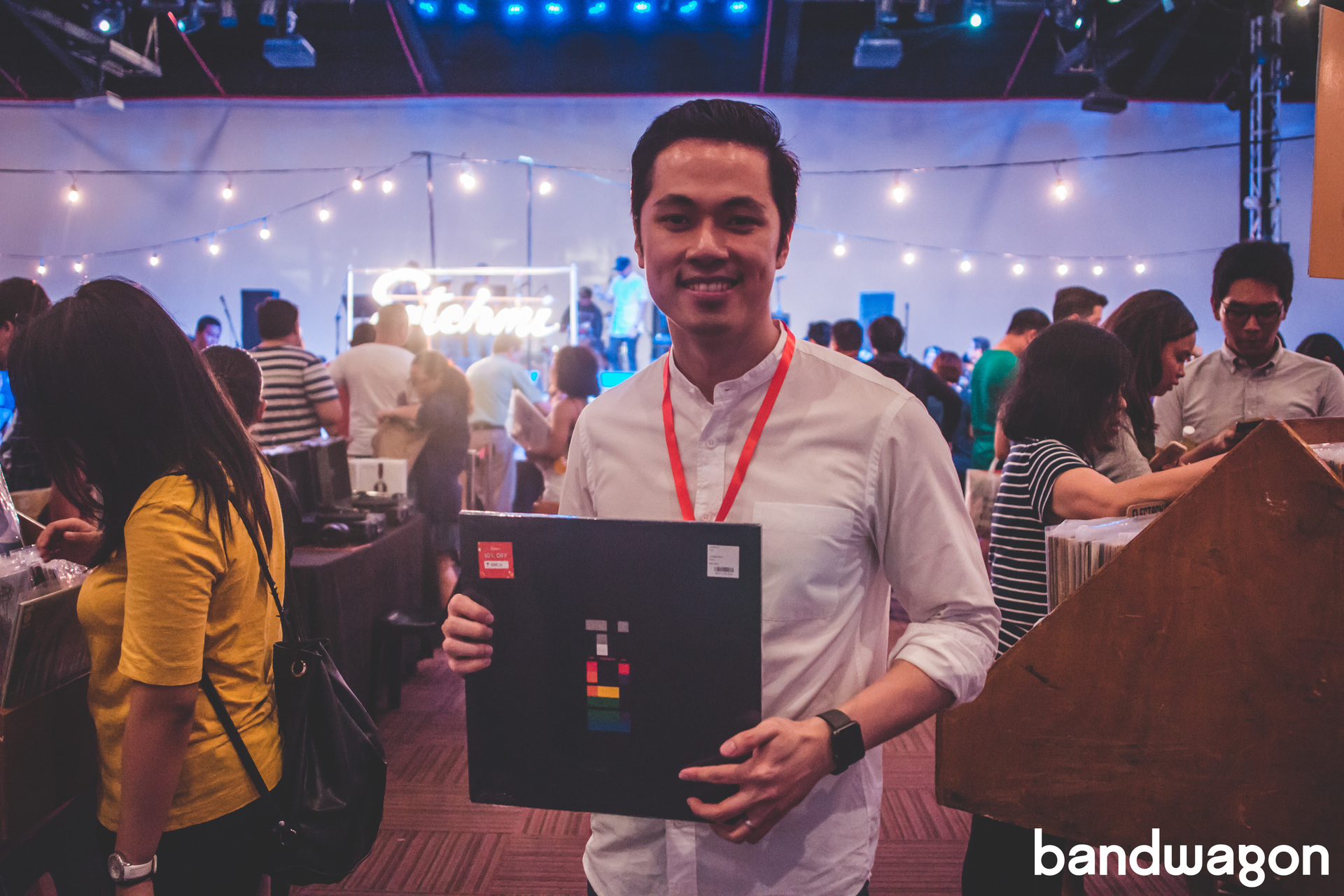 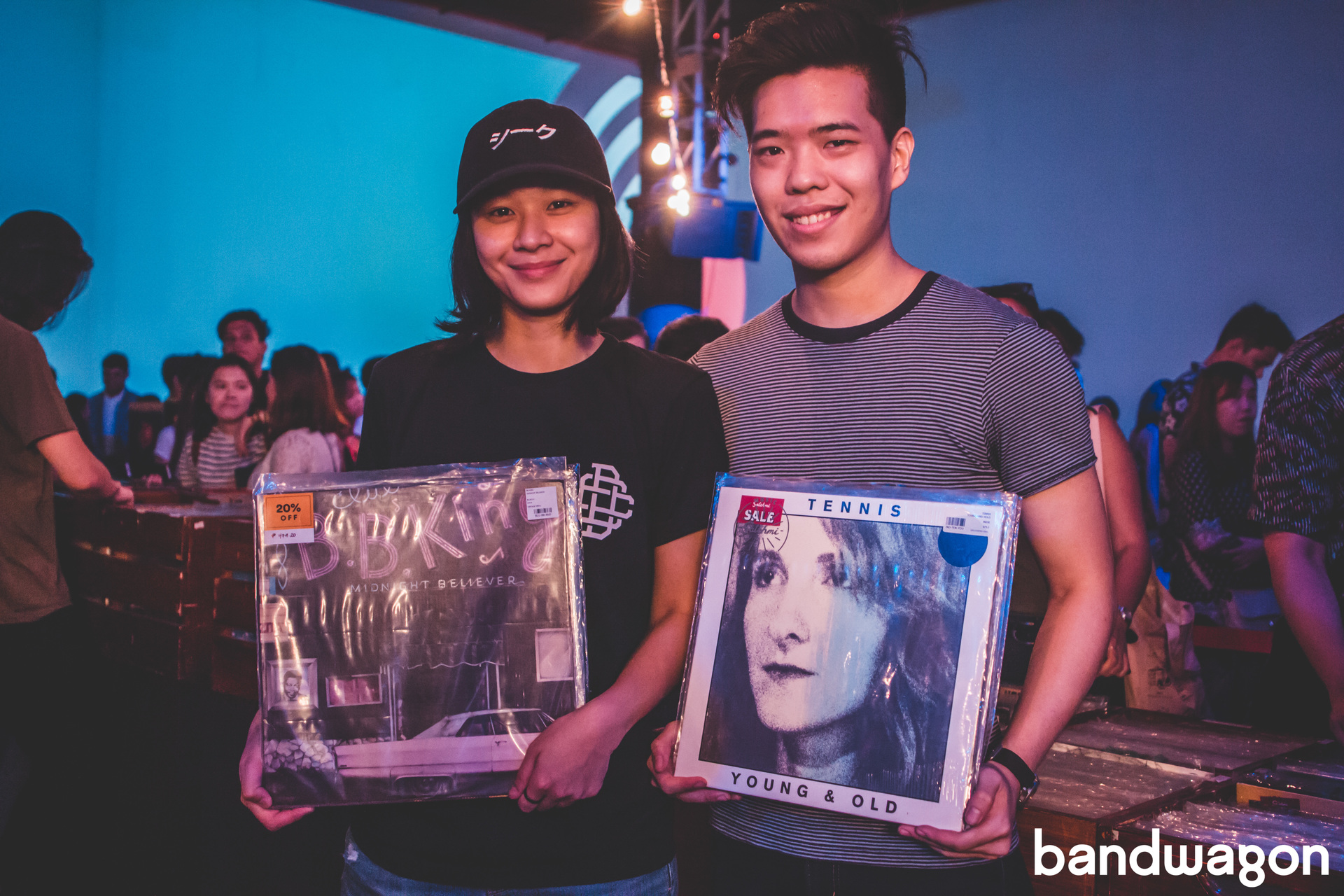 The record I name to anyone who asks for a recommendation: Midnight Believer – B.B. King

“I recommend B.B. King’s Midnight Believer because anyone who wants to start out with Blues should have any album by B.B. King!”

The record I name to anyone who asks for a recommendation: Young & Old – Tennis 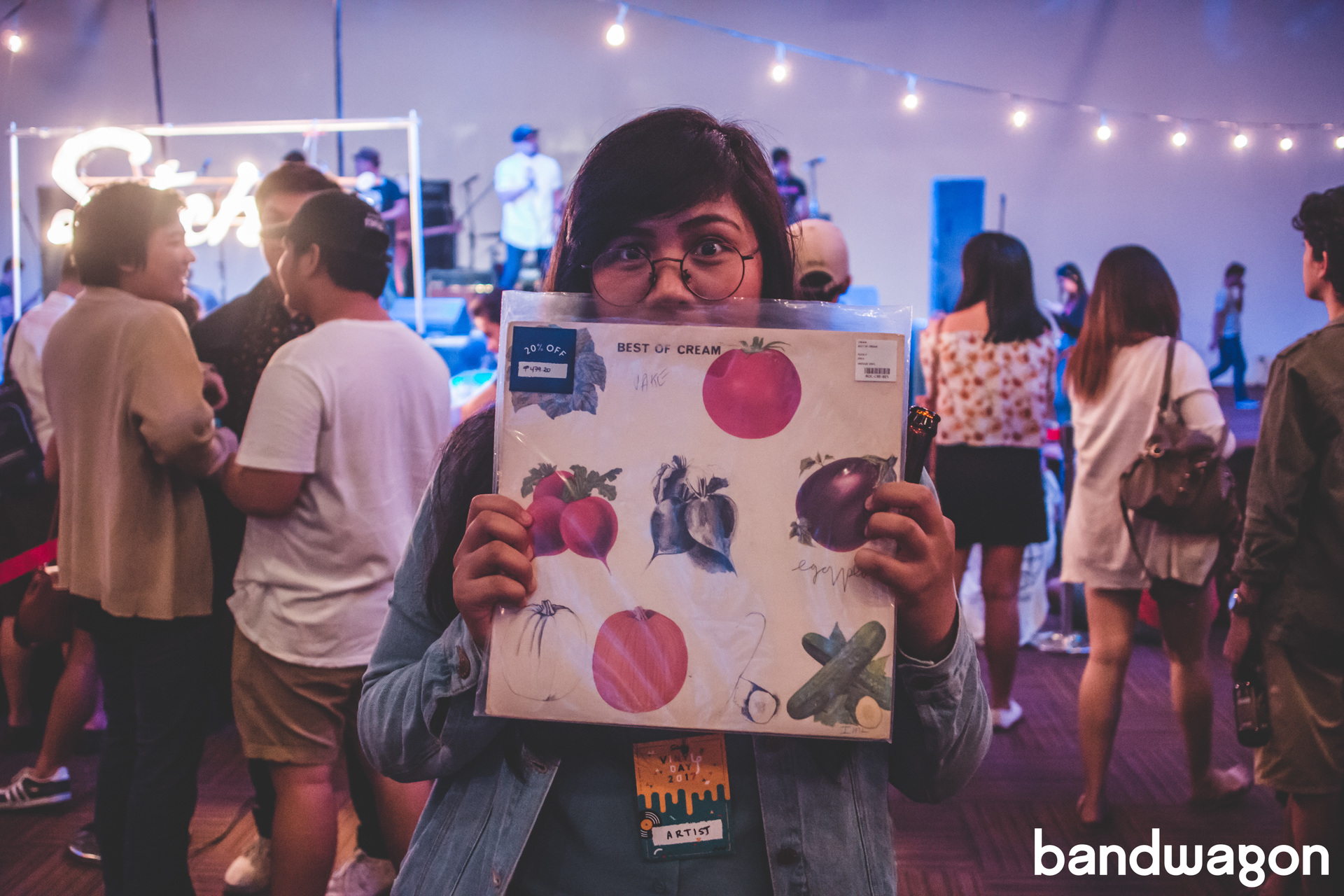 The record I’ll buy based solely on the cover: The Best of Cream – Cream

“I chose the Best of Cream because it had studies of fruits and vegetables, and there was an eggplant. It was a weird selection because the eggplant is emphasized pa like what? I thought “food that might go well with cream? Or something? Ayun! Hahaha!” 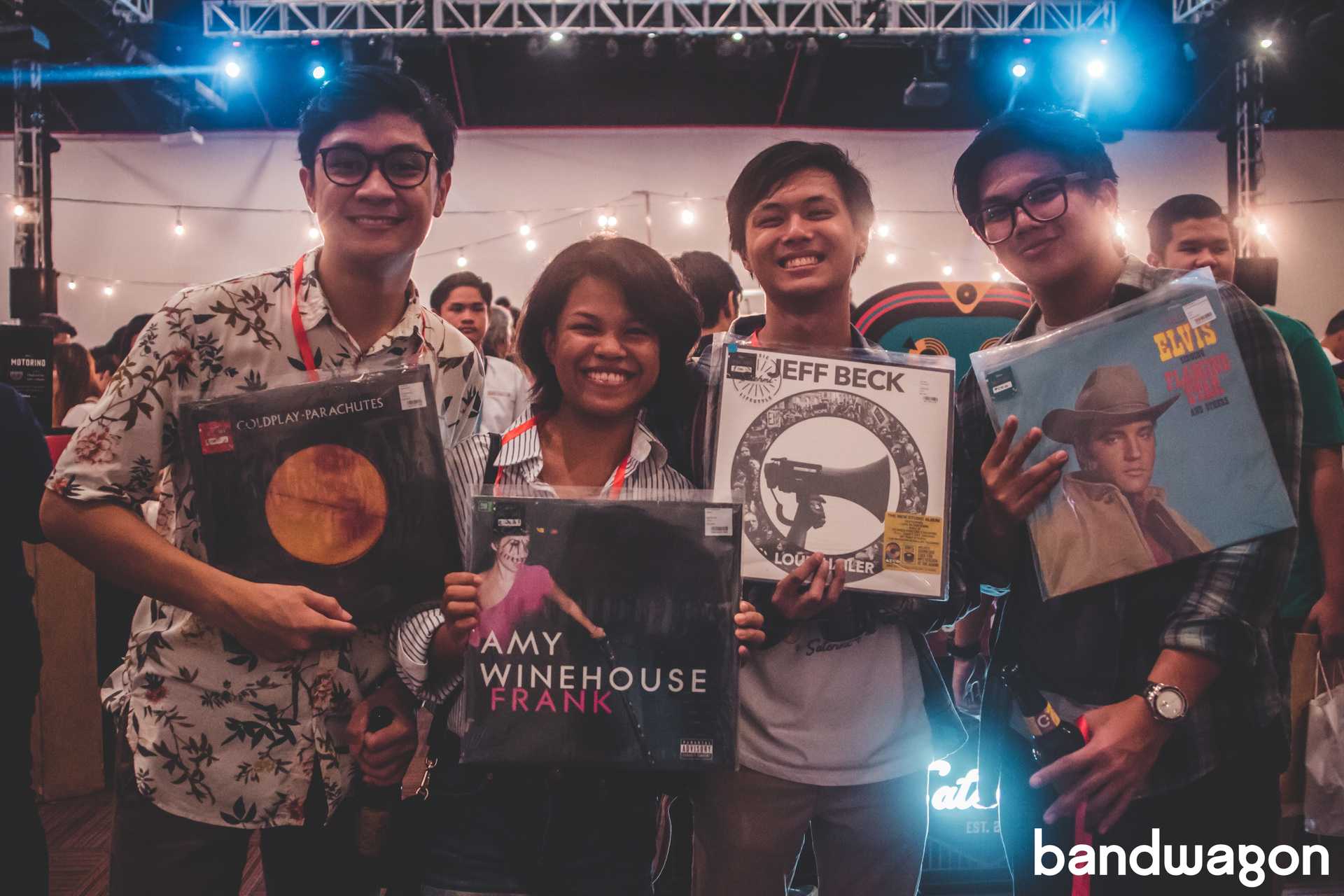 The record that inspired me to pursue music: Parachutes – Coldplay

I have this “infinite feeling” that fills me when I listen to Coldplay’s Parachutes. As in, “Yellow”, ”Shiver”, and “Trouble”. I’m such a super Coldplay fan and since one of the band’s inspirations is Coldplay, I wanted to recreate and honor their music with my own style. I want to recreate the “infinite feeling” for people who listen to Over October.”

The record you'd least expect me to listen to: Frank – Amy Winehouse

“People peg me for a rocker chick or an alt-pop person, but I like the record because it’s a fusion of jazz and pop. I admire Amy as an artist and songwriter kasi and Frank is her first album.”

“I love Elvis! Ever since high school pa nakikinig ako sa kanya. His music makes me dance and I’m inspired by his songs.”

The record that inspired me to pursue music: Loud Hailer – Jeff Beck

“When I was starting as a guitarist, I studied B.B. King, Stevie Ray Vaughan, and Jeff Beck. The record is Jeff Beck’s Loud Hailer and I recommend this to new guitarists because it’s what pushed me into learning guitar.” 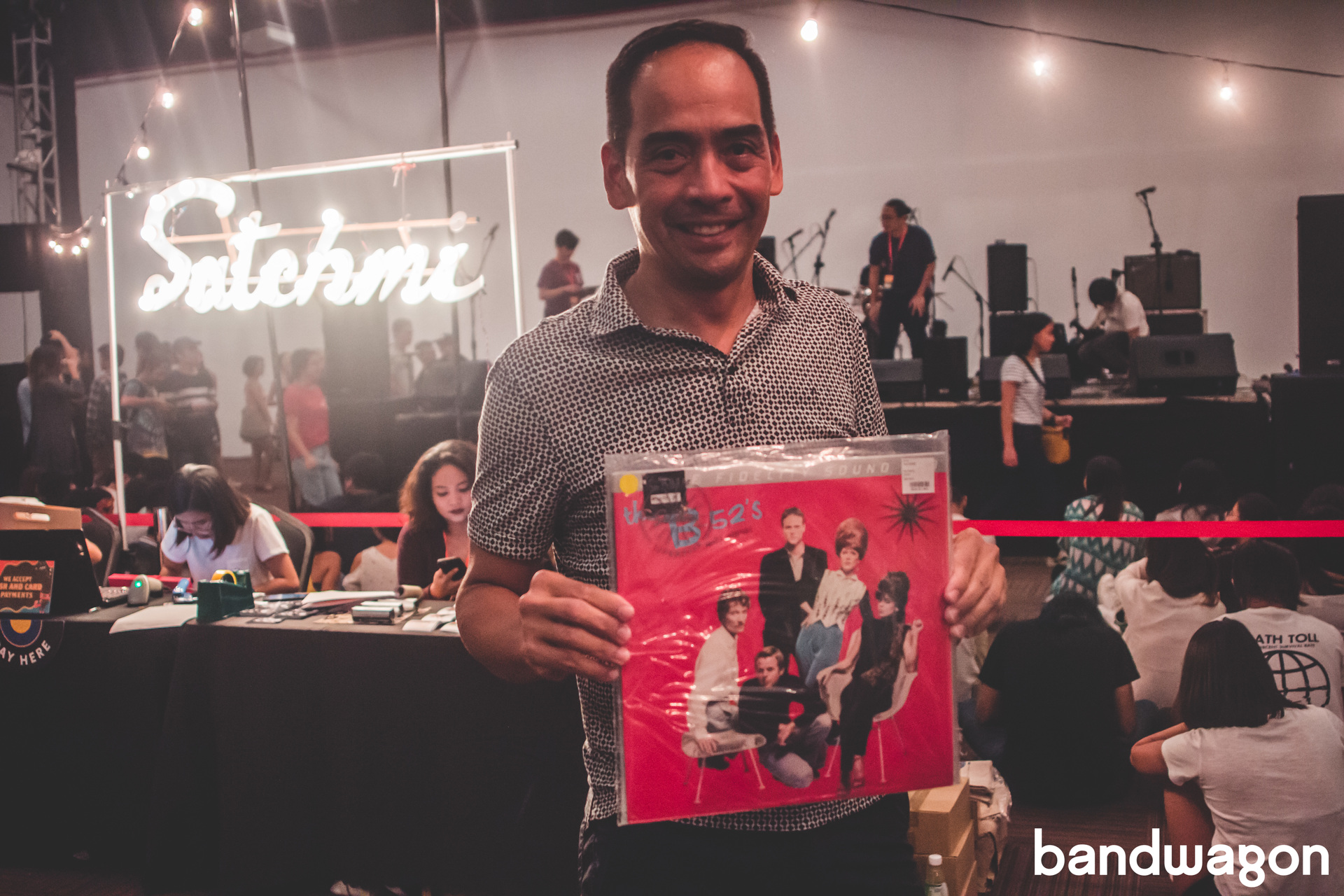 The record that brings back the most high school feels: Wild Planet – The B-52’s

“I chose B-52’s Wild Planet, this is their second album and I have the first one. This brings back memories from the good old days because I grew up listening to this band.” 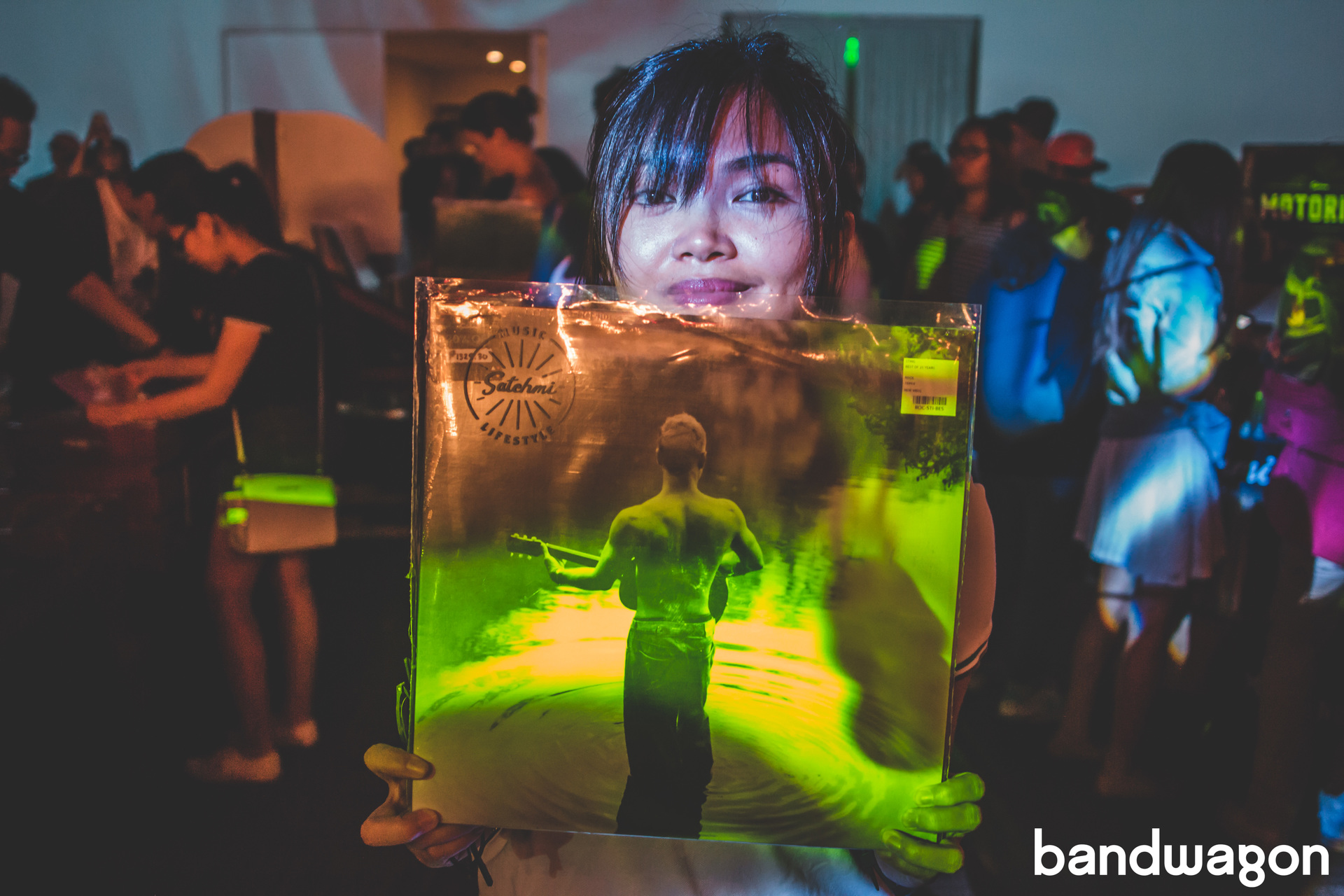 The record that challenged me to do more: The Best of 25 Years – Sting

“I chose Sting because he’s an amazing lyricist, musician, and collaborator. I love his original sound and the sentiment in his music and lyrics. Not to mention his lovely rich voice! The music is sublime. The melody, music, and lyrics are equally treated with excellence and emotion. He challenges me to do more with my own music career. I love Sting!”

Special thanks to Satchmi for inviting us to Vinyl Day 2017!