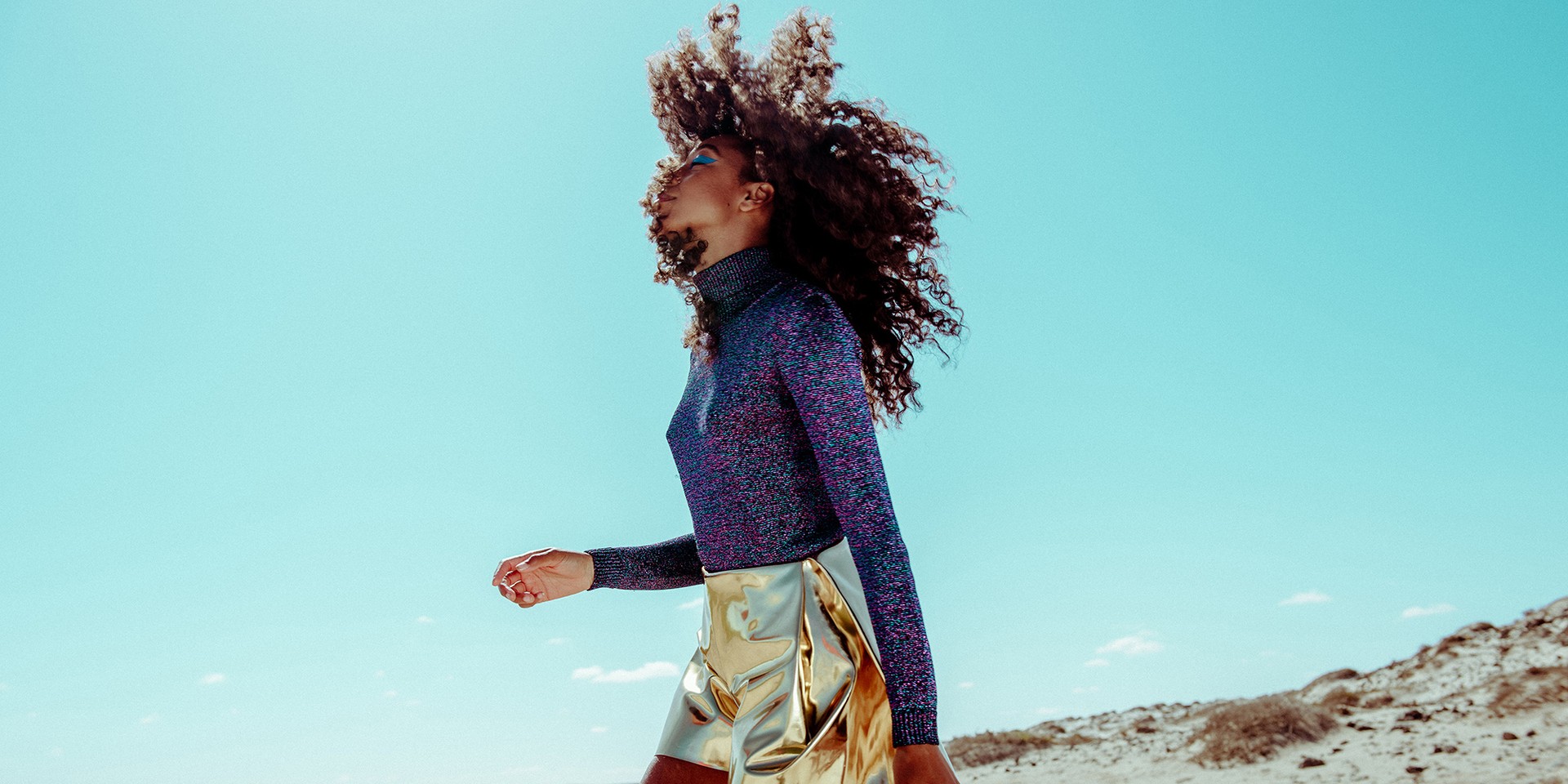 Singer-songwriter Corinne Bailey Rae may be unassuming to many, but over the phone, she is incredibly perceptive, effortlessly engaging and insightful.

What were initially lead-up questions to supplement this section about Rae ended up almost being a different interview entirely. It's clear the British musician, whose career blossomed amidst personal tragedy, has taken the art of her craft seriously — absorbing influences from across the globe and learning to channel turmoil into inspiration, and there's much to learn from her.

While Rae shares with us the albums that have shaped her as a musician, here's an additional interview with her ahead of Friday (31/3), where she'll be headlining the first night of the Singapore International Jazz Festival 2017.

This will be your second time to Singapore. What’s your fondest memory about the country?

I remember it was really warm when we went. And I just remember walking around the city, that it was a really modern city and that I was really amazed at the extent of it — feeling like a new place, a new country where so much of the world’s business was happening; new industry and banking.

I felt like the people there were excited about the future, and how that was quite different from Europe, where I felt like people are very often looking back into the past and thinking about the past. So it just felt like a really modern place to be, and a really good place to be a young person. So I’m excited to see how it feels again being there.

There is a shift in tone on your third album — there’s a greater electric and groove-oriented edge and there’s an unshakeable optimism. What inspired you to write the album?

The inspiration behind this record was really instinct, and nature, and the body – how we can learn from our hearts. I think that we all have a core sense of self, and the heart that tells us what we’re feeling, and what we’re thinking. I think that’s really important to follow our instinct and our intuition, and to learn from nature. To listen to our bodies, and pay attention to our dreams and our subconscious. So that’s what this record is all about; the heart speaks in whispers, and the fact that we have to tune into that and drown out all this chaos and noise around us.

So that was a really big inspiration for the record, and I wanted the album to be subtle, and sort of influenced by nature and impressions from nature. I wanted it to be acoustic, and also I wanted it to be noisy and electronic. 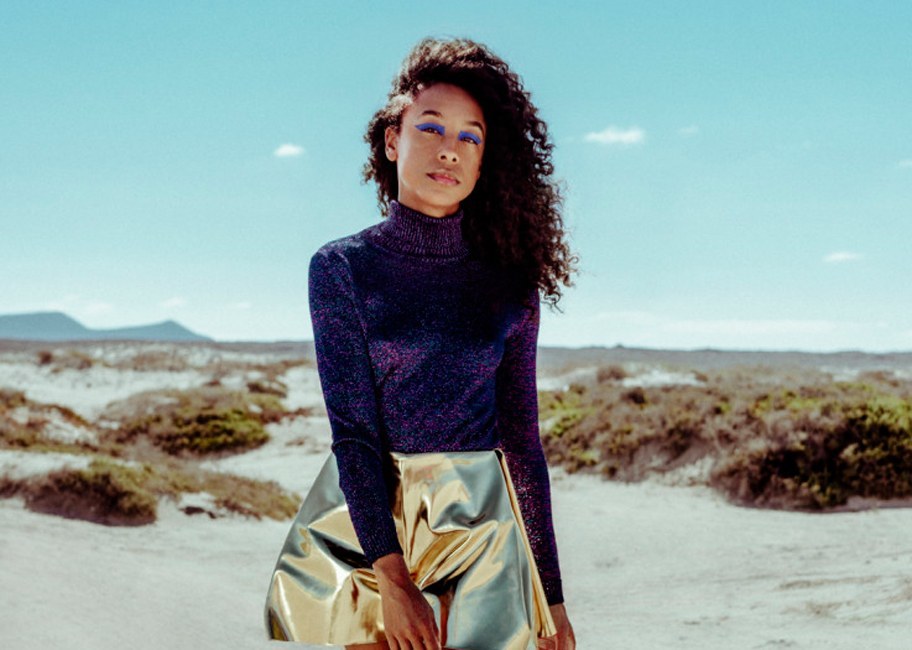 Working at Capitol Records, working in that studio which is the beautiful room where the Beach Boys recorded, and Nat King Cole, and Frank Sinatra, that just has this amazing sound to it. I really wanted to kind of explore that life; I really wanted to have a sense of the air moving around in that space and to be able to use the echo chambers that were designed by Les Paul.

I think the sound of the record was influenced by new musicians that I was meeting like Moses Sumney from LA and working with new musicians like James Gadson, who is a brilliant drummer. Also just being in a new physical place where I could record in this historic building, but then go out driving with the top down and go out swimming and be by the ocean, engaging with nature. It was a more sensual experience which, I guess, affected the music as well.

The Grammys this year saw a dominance of hip-hop and R&B. What was your personal favourite album of 2016 and why?

That’s a really good question… I liked Kanye West's record. I liked the fact that it was really open, sort of cut-and-paste, in a hectic way, and thought that was really interesting and special.

I really liked the song 'Ultralight Beam'. I like the way he sort of weaved in gospel into hip-hop. I really think hip-hop is the most progressive music around at the moment. As much as people are experimenting with harmony and melody, rhythm is really the most kind of exciting [for] innovation. Different beats are programmed in the way it ratters, I think that’s really interesting in music. So I like The Life Of Pablo.

But I also really love Lemonade. I thought it was a really great record. I got into Solange’s record, A Seat At The Table, as well so all of those were my favourite records of last year. 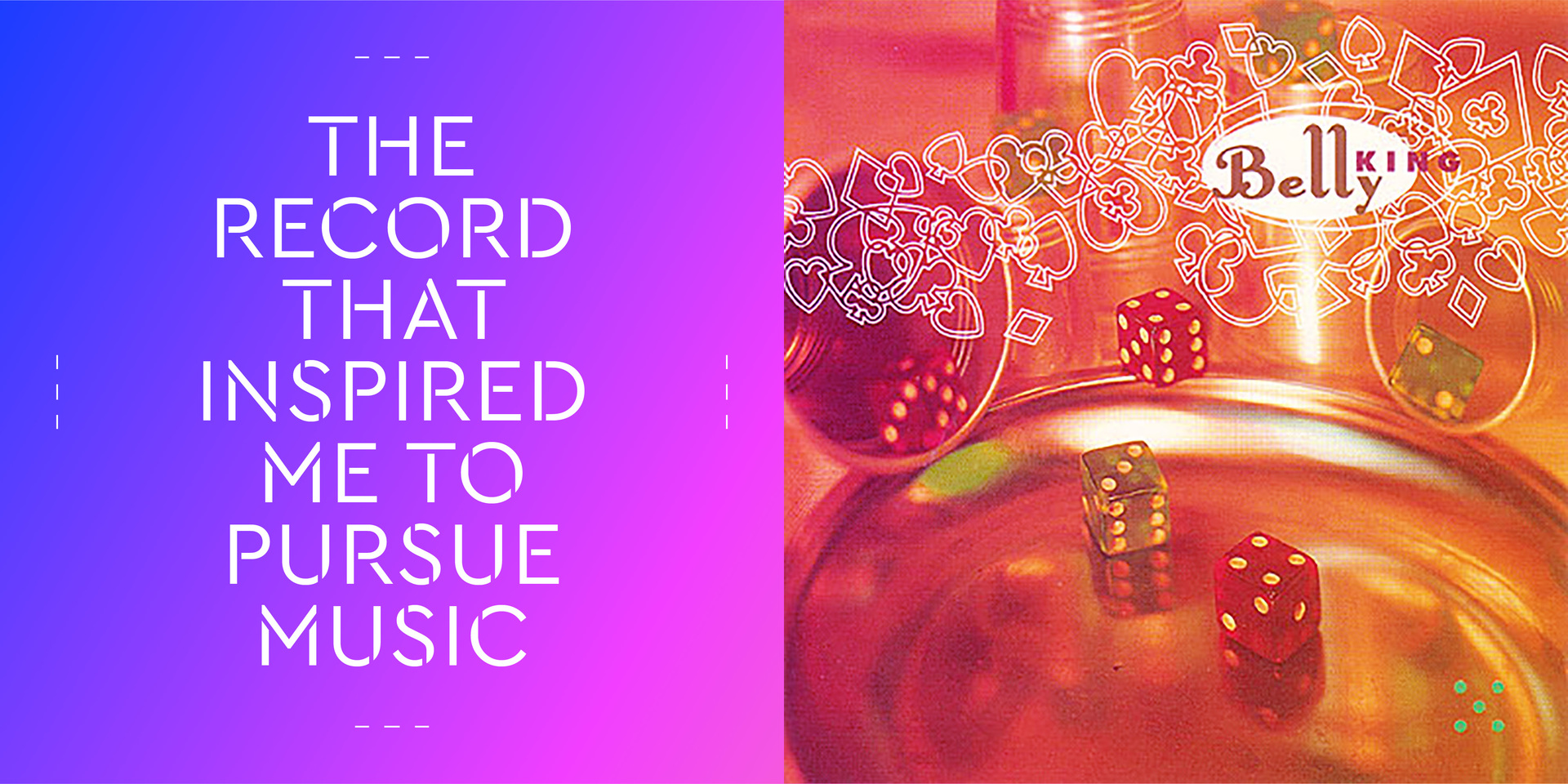 I think Belly is just a really great Indie band. I love what they write about; it's really simple and you can listen to music and pick out what the guitar melodies do, what the bass is doing, what the drums are doing, and so that think that there is a simple way to write songs.

It was very different from the pop music that came just before it. You think of how then, they produced something such as Michael Jackson, we’ve got Quincy Jones and you've got forty string players, and it's all jazz and drums and all that. To go for an indie four-piece, it kind of tells you that it’s possible, and that’s why I liked about Belly’s King. 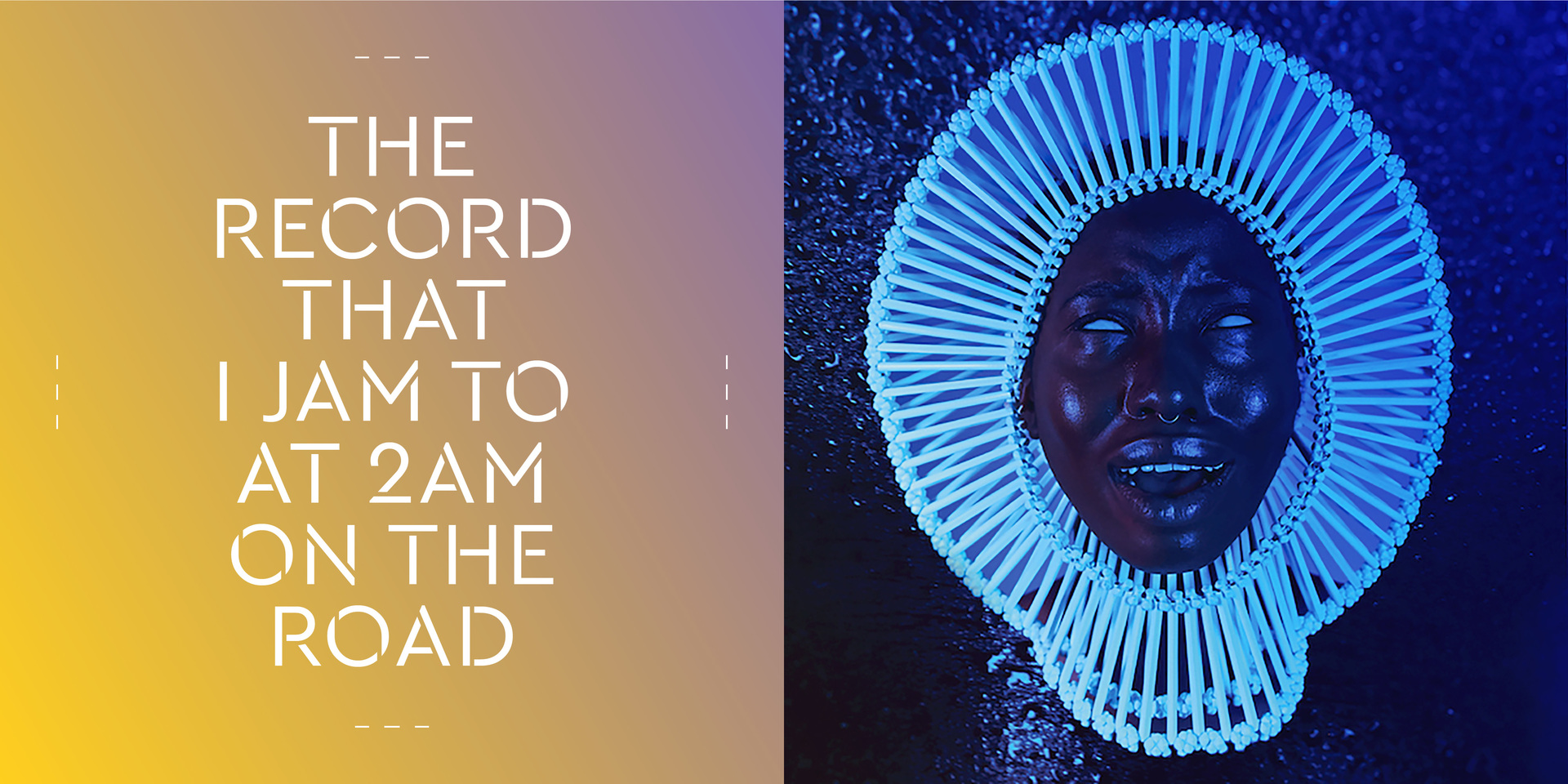 I’ve been really getting into that Childish Gambino album. I love the influence by funk. That’s the record that I've been listening to a lot recently. 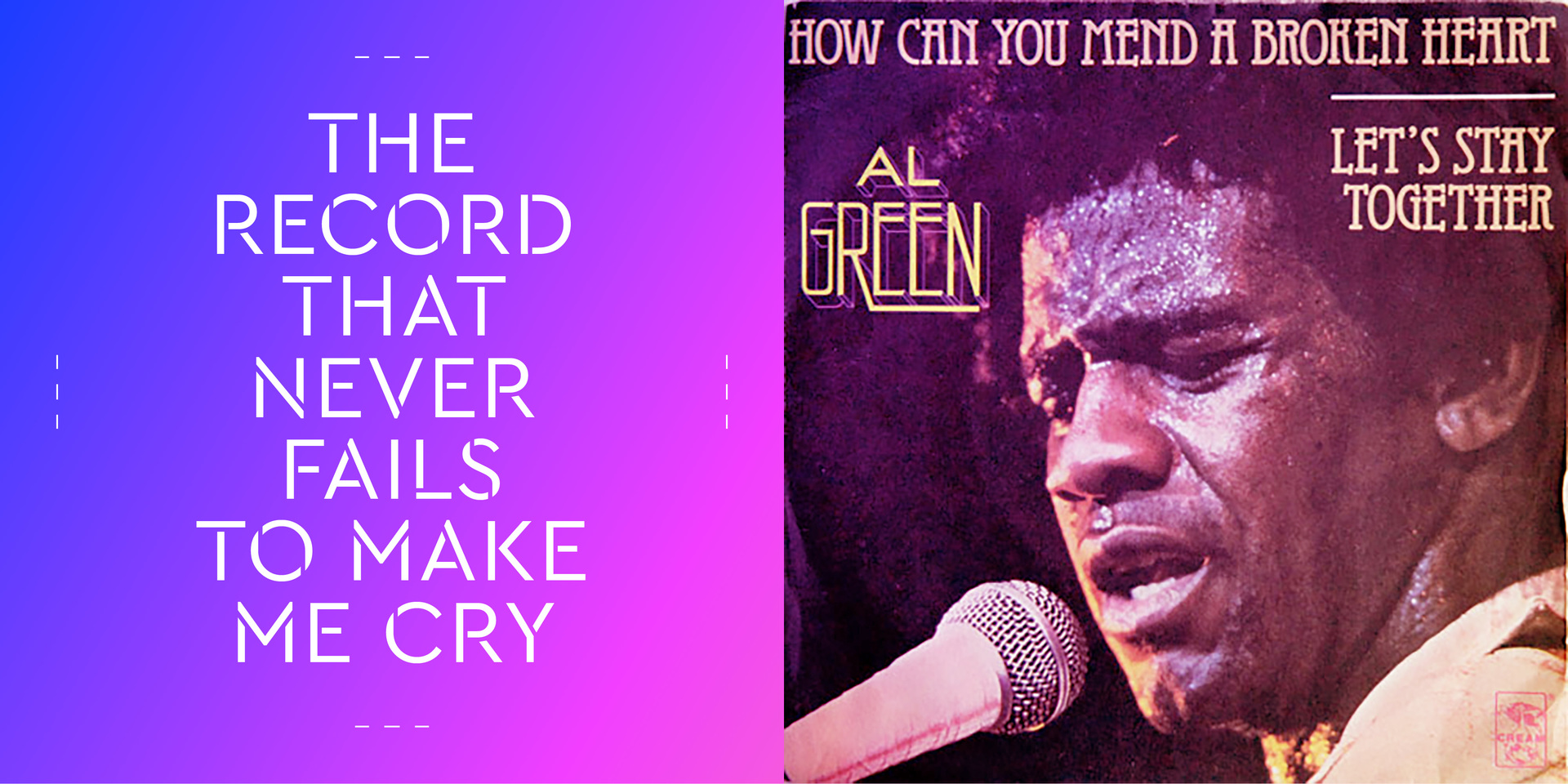 Al Green's 'How Can You Mend A Broken Heart'. 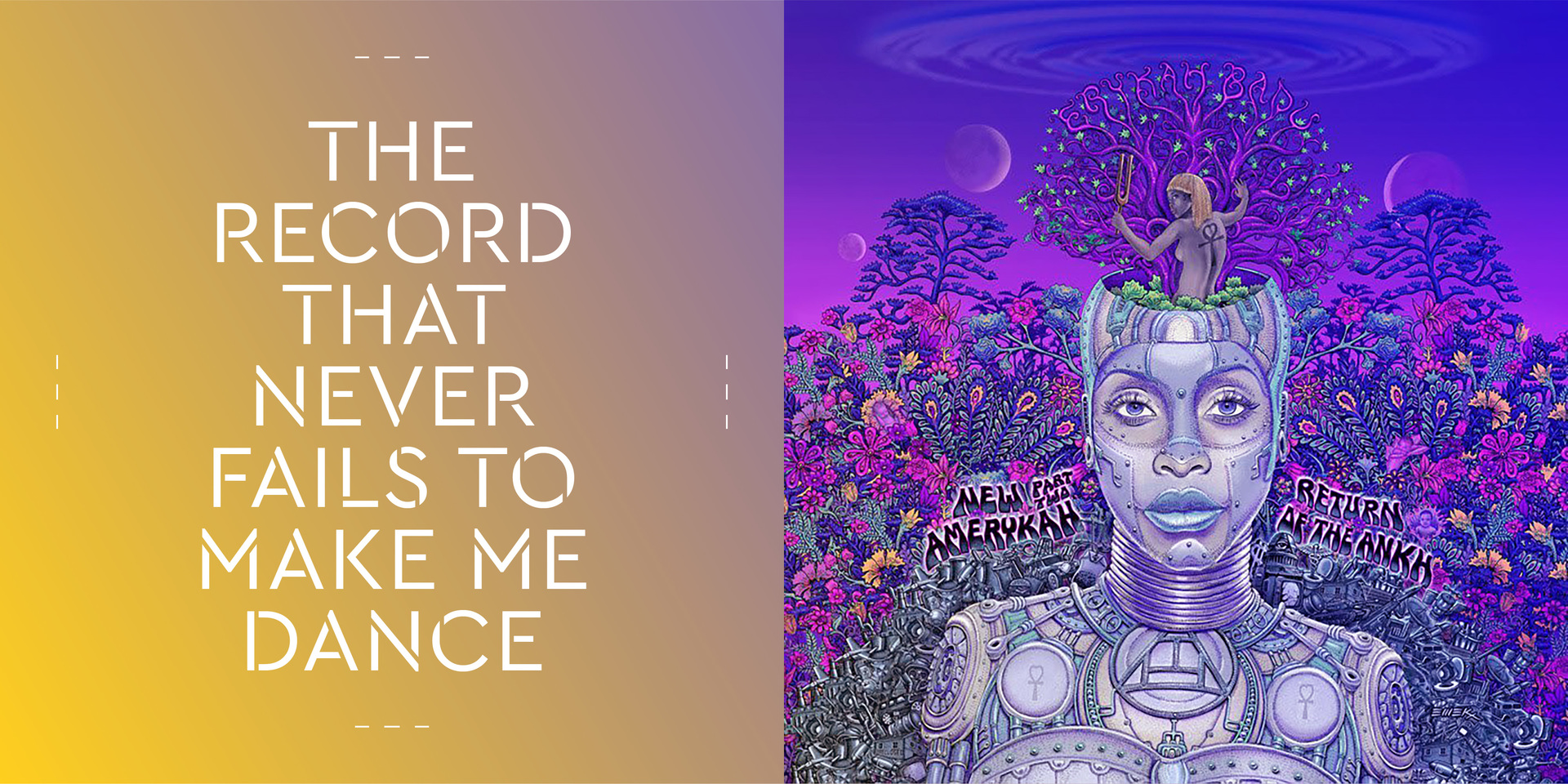 I love 'Fall In Love (Your Funeral)' which is an Erykah Badu song. I love to hear that, that or 'Crosstown Traffic' by Jimi Hendrix. 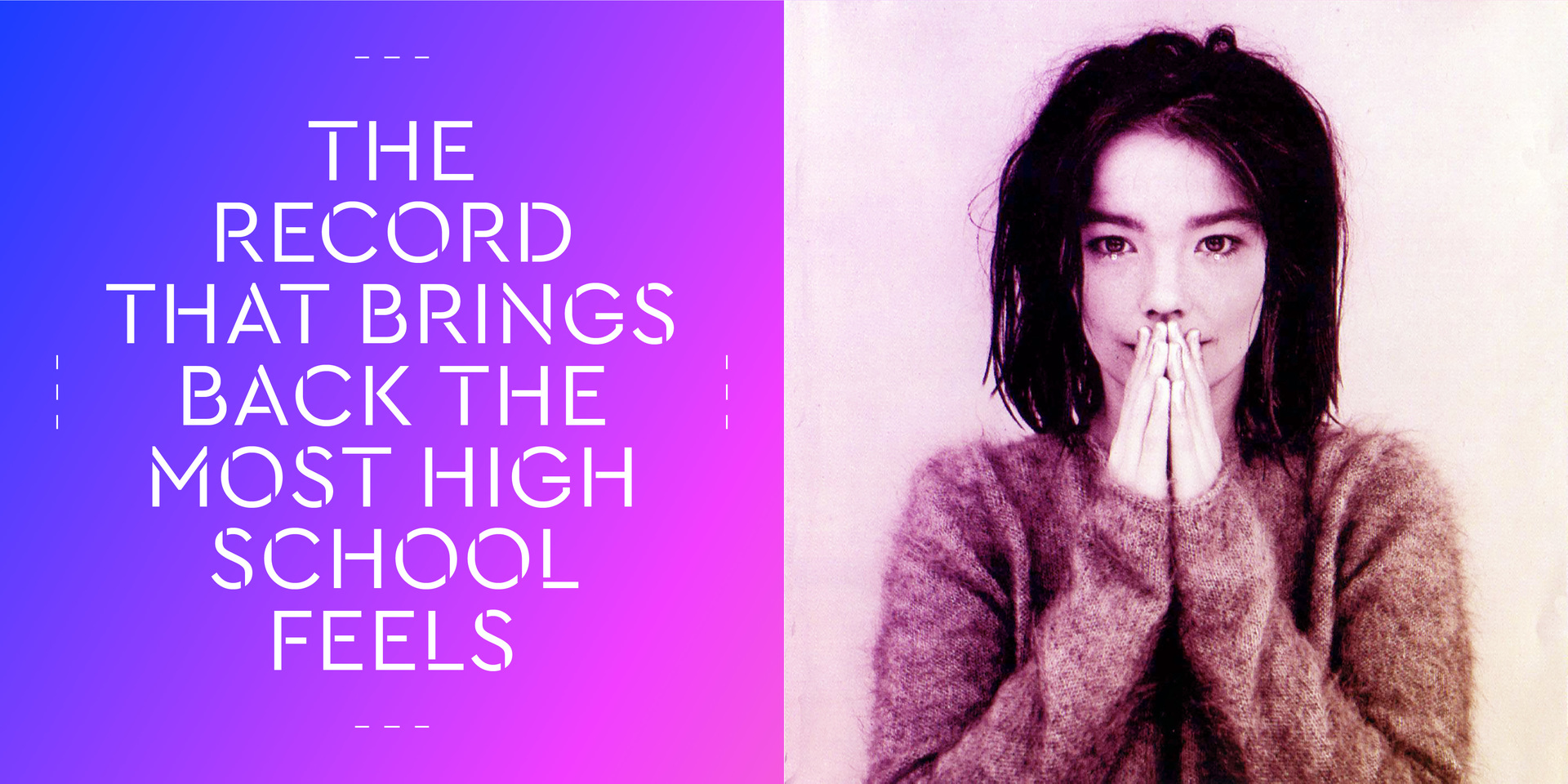 Bjork’s debut album. That was very big in my high school. It was sort of my alternative friends, and how much we loved that song – 'There’s More To Life Than This' – makes me think of being at high school. 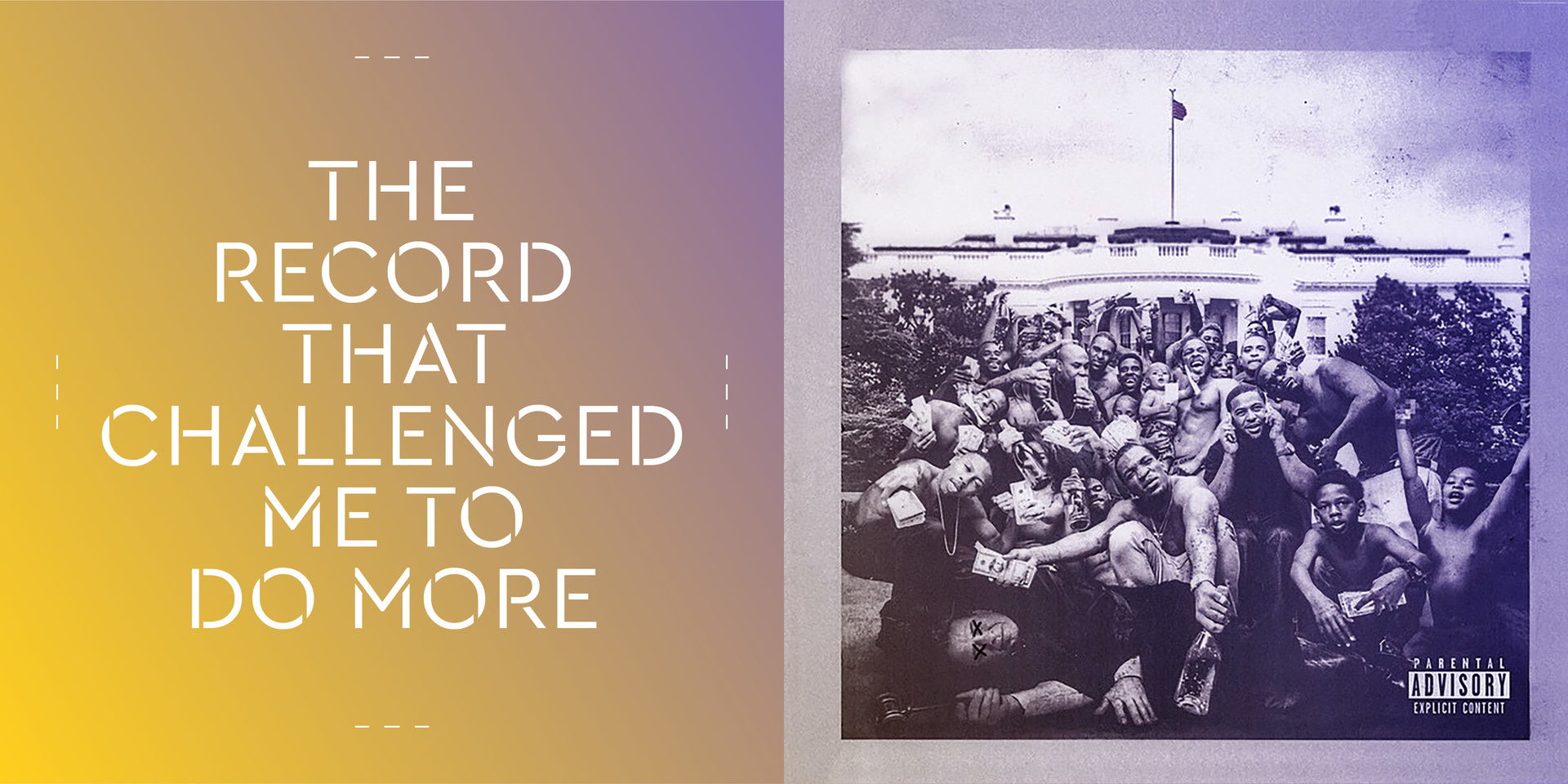 Kendrick Lamar’s album. His last record. That it was dense, that it was hip-hop, that it was jazz. That it had introductions, that it was playful and really theoretical. That was a really incredible record. To me, that sort of meant that people have to do music in a different way and you're not just presenting a series of 11 songs with spaces in between, that could all blend into one album. You could really tell a story and see it unfold. 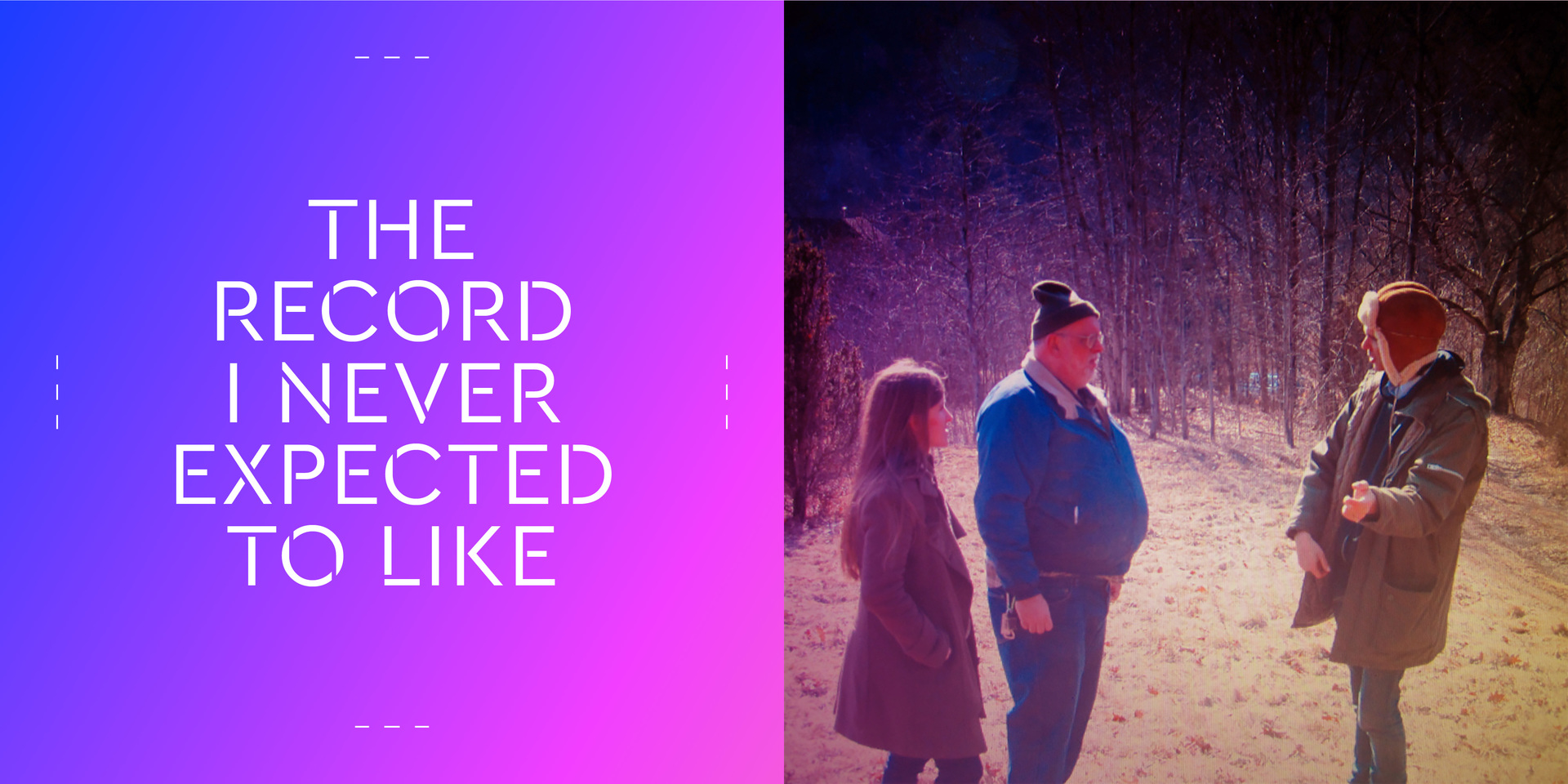 I really like the album Swing Lo Magellan by Dirty Projectors. I liked their music before then, and then I heard that album which was a bit more range-y and guitar-y. I loved the sort of Beatles influence and I think I just really didn’t expect that. I got into that record very easily. 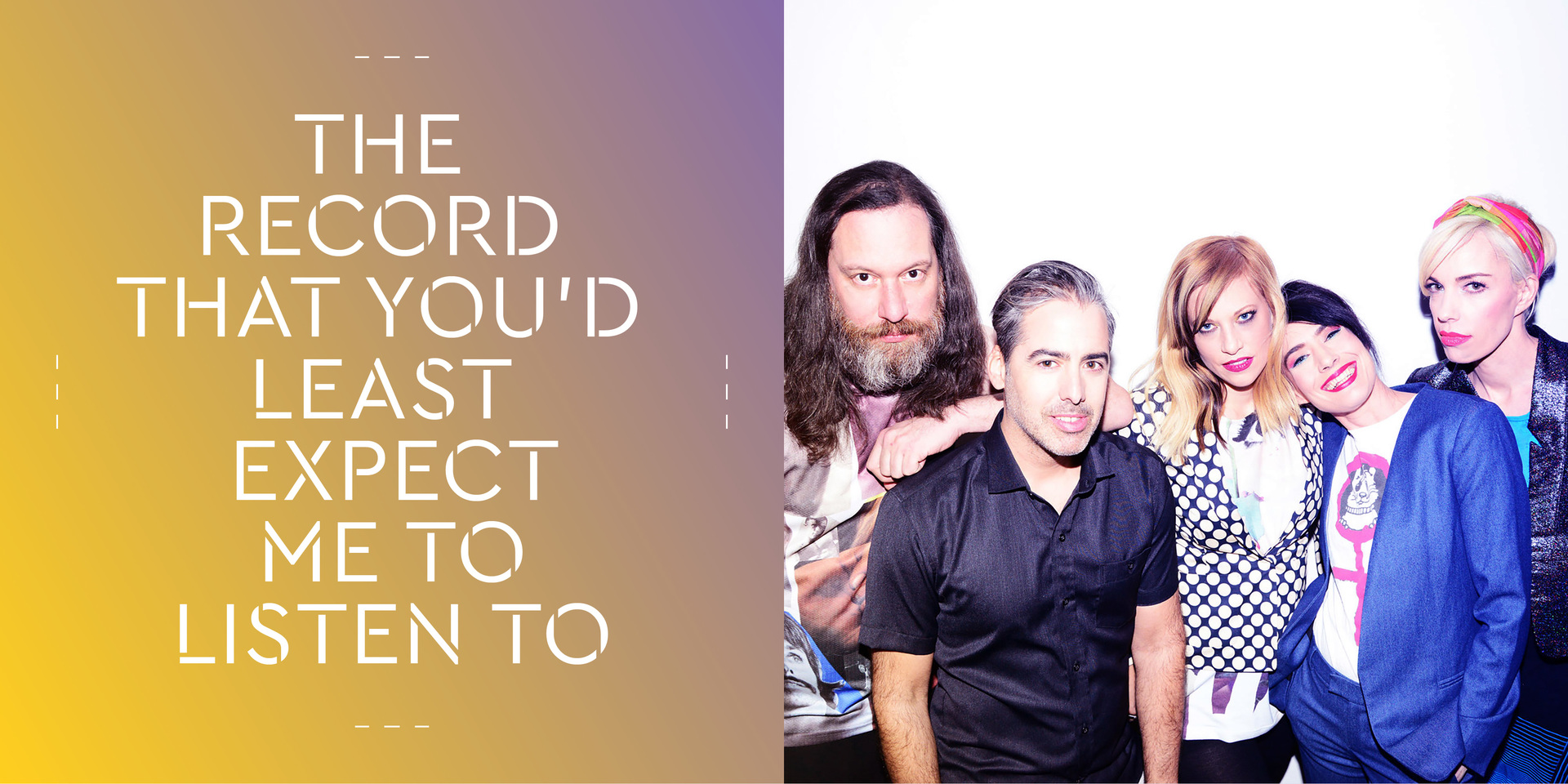 Sometimes I go to gigs and people say “what are you doing here” as though I want certain things…I really like this band The Julie Ruin. I went to see that show, and people might not have thought that I love that sound, but The Julie Ruin are a cool band. I'm also getting to know the Wu-Tang Clan you know, Wu-Tang's a really great record as well. 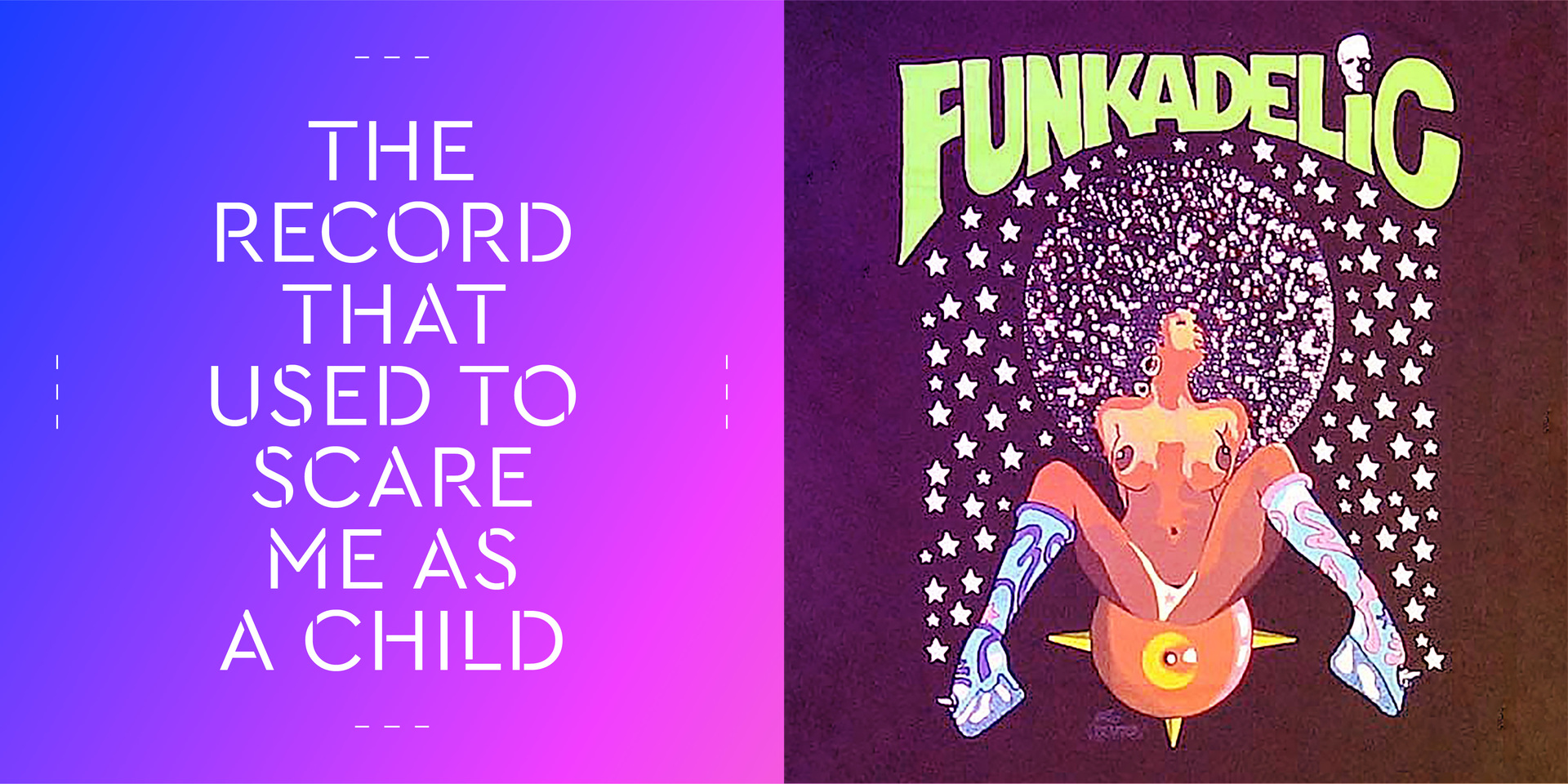 Well, my dad had all these Funkadelic records and we use to sort of get quite weirded out by. The front covers of those…by these cartoons, and sort-of people with boobs sticking out, or like aliens…you know. That was kind of a weird world to us. I'd look at that and think it was quite odd. The covers of those sort of freaked me out a bit. 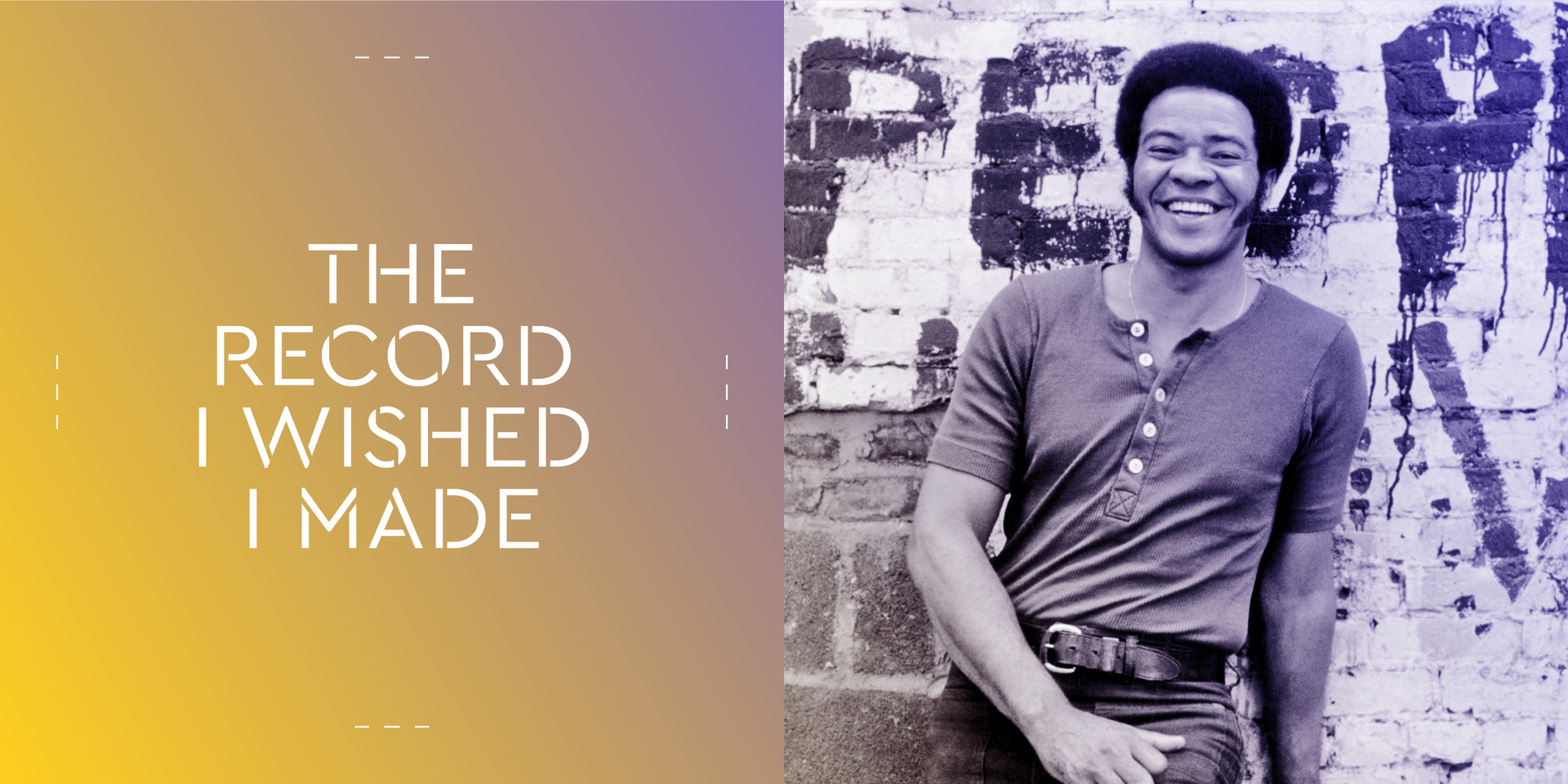 I guess there's none of them that actually would be possible for me to make without ruining how beautiful they are. There's loads of really beautiful albums, like those by Bill Withers. He’s an artist I really admire. I think there's a lot of stuff that you just think the work is exceptional, and I'd love to do great work like that, but I think you never can take away from them. 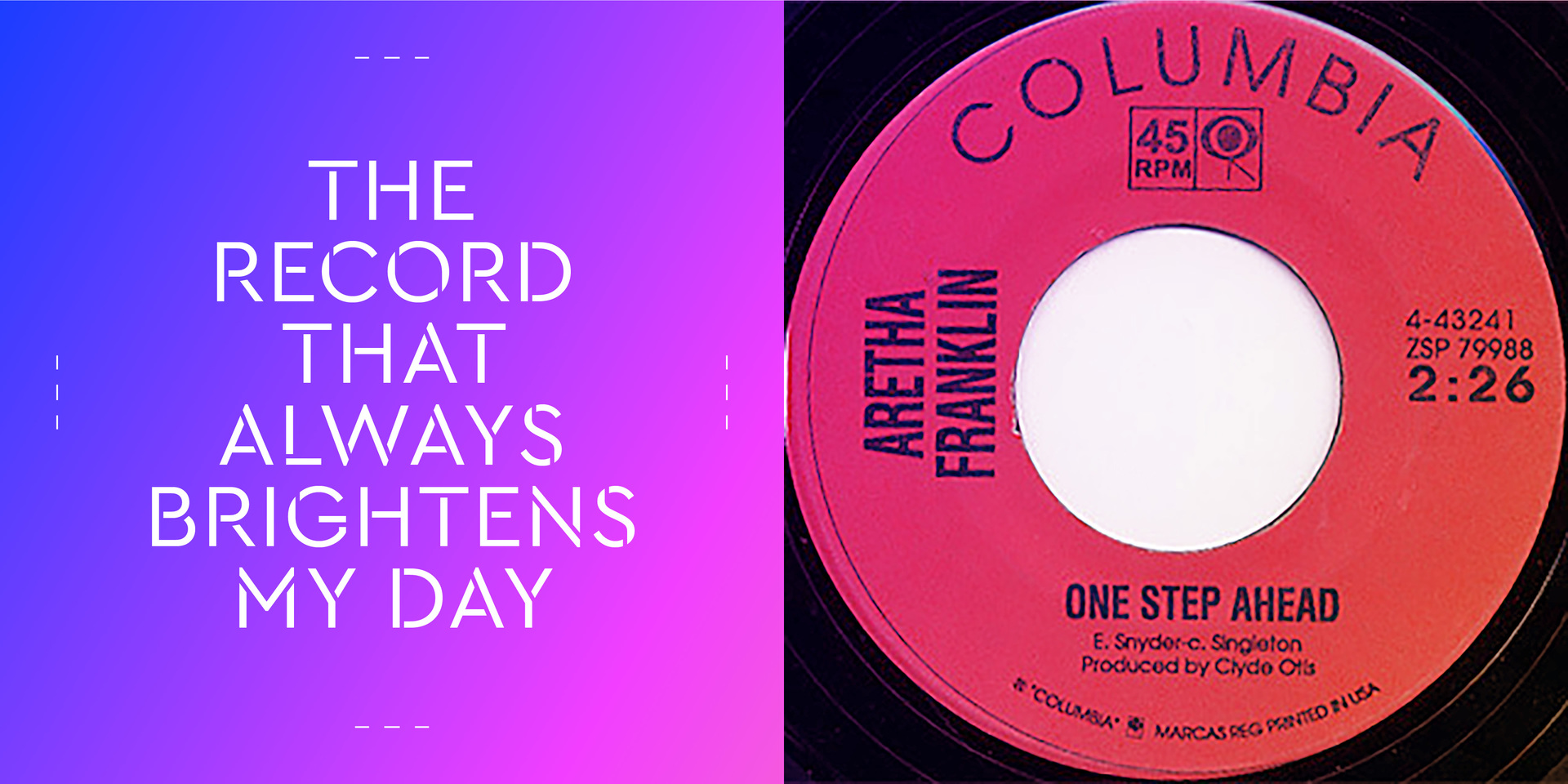 There’s this Aretha Franklin song called 'One Step (Ahead)' from her Columbia record before she started really writing her own music and taking over her show. 'One Step (Ahead)' was recently featured on the soundtrack of Moonlight, which is an amazing film, it just won an Oscar. Moonlight's really incredible, and I think that 'One Step (Ahead)' always brightens my day.