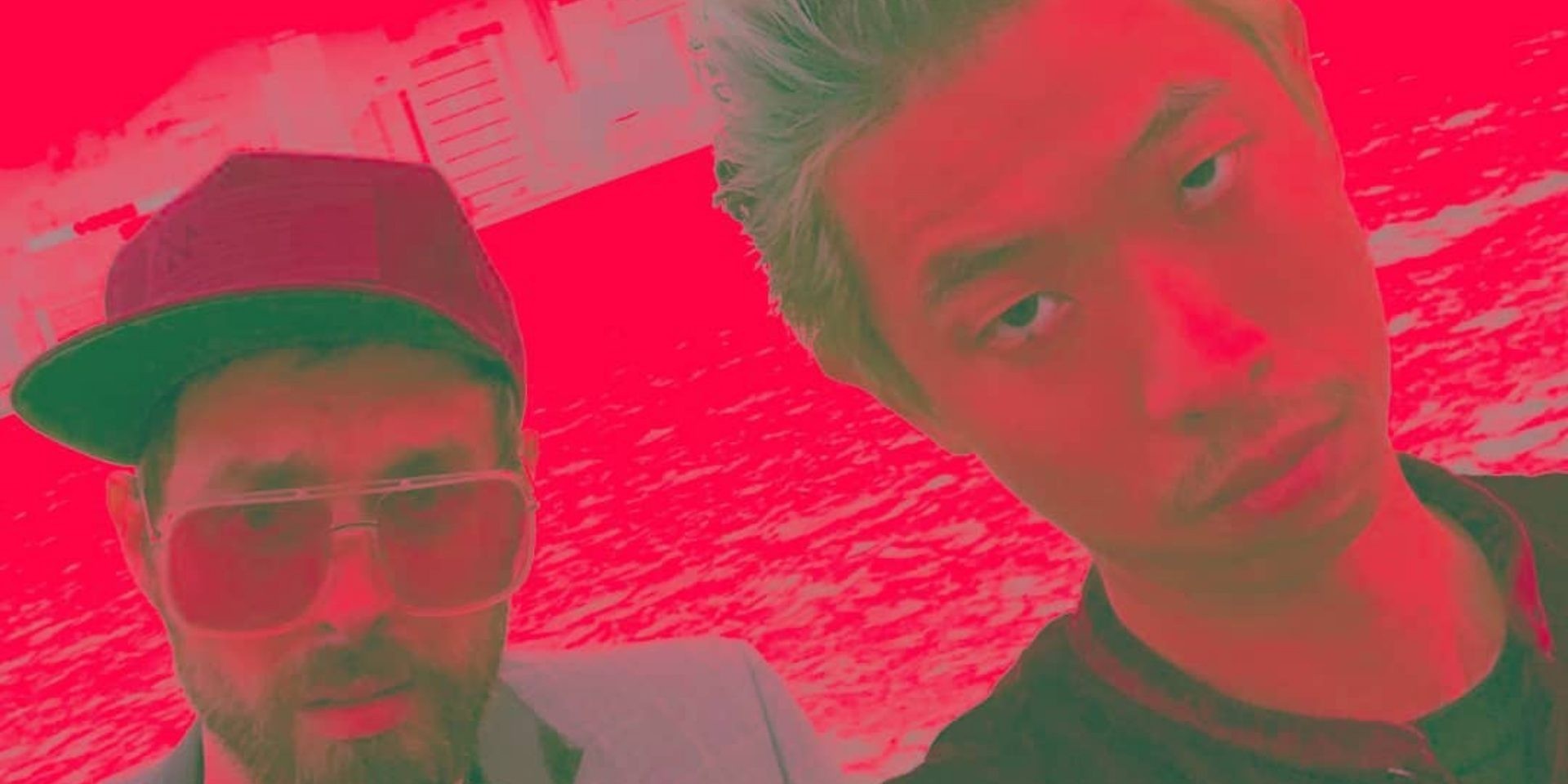 O$P$ pioneered what is known as Geylang Crunk – an aural throwback of art-damaged, next-level sounds, to the times when the duo of Zushan and Master Race and their friends would hang out in Geylang, getting, well, crunk. Celebrating the parts of Singaporean culture that haven’t been eroded by the suffocating niceties of the mainstream, it’s also a rallying cry unto itself.

In 2017, O$P$ released The Answer EP. It was a four-track display of the group’s Asian electronic palate, with Vanessa Fernandez (aka. Vandetta) featured on three tracks. Two years forward, O$P$ has released yet another set of work – a collection of mixes of the song ‘The Answer’.

What made you want to do a remix project with The Answer?

Master Race: Well, that's pretty funny because that was never part of the plan. It's something that has been finished for, like 18 months, and we were figuring out when the best time was to put this out. The video was done a few months after the EP was done. I showed the record label and I was like, "We just want to put it out, I want to be over with it." But they're like, "No, no, no! You can't 'cause you need to build up to it!"

As plans kind of started forming, since the release of The Answer, we needed to legitimise ourselves. Everything after that, we're kind of just throwing out things here and there. We finally got around to doing up a proper website, our social media is in order now – I guess that was something that I tried to avoid at all costs but in this day and age, you're kind of nothing without it. It just so happened that when we approached you about putting the video out, immediately after that, the record label were like, "Wait! We got mixes, we can do a new release”. That's why they made us wait two more weeks.

But, it's all kind of tied together nicely. It was a nice way to get back into people's subconscious. It's just life circumstances in terms of work meant that we weren't able to be in the public eye doing shows and stuff. So, we kind of went underground. We've had a fundamental change to the way that we've been making music and this plan of a bigger picture started to take shape.

Tell us more about the shift in your music.

Zushan: There was this funny thing that we did not long ago. So, Race works at The Hive where they conduct workshops every now and then. One of those workshops was an Ableton workshop, and we went for it just for the fun of it – kind of like a refresher course. It might be the most basic stuff but you'll pick up the most basic things that you forgot or never did learn.

The issue we had for a couple of years was that we had to make the most out of the little studio time we had – with everyone going on with their lives and work. We had to figure out if there was a way to speed up the process.

Master Race: Instead of going for stuff that's super high-concept, knowing that we would need to wait until the time was right to put out new stuff, we wanted to make as much new beats and ideas as we could and get them into one place. That's what led to what we're hoping to do, which is the new album that we've been working on. So, 'The Answer' is very much Phase One. What we've begun doing with this batch of new music is the thing that we've been working towards.

I guess the biggest change, production-wise, is, that, this new album that we want to produce is a rap album. At the beginning of the year, we started reaching out to basically everybody and got about 30 rough tracks. We've kind of written a background story document explaining it's like a big concept album – and we said, “Here are some rough beats. If anything that speaks to you, you can jump on that and we'll rework the track around what you provide." Basically, we're working more with having lyrics as part of the music, because, up until now, a lot of it has been very cinematic.

In the two years since 'The Answer' came out. Has the meaning of the song changed for you?

Master Race: I think it's not really changed the meaning of the song. We both still think it's great – anything we give to Vanessa, she turns it into magical gold. The extra remixes that we got were cool little additions but it still definitely has a big meaning for us in a lot of different ways, and we tried to represent that in the music video.

Zushan: Again, the video just brings everything together. The Answer EP came out two years ago, there was other tracks on there too, but the video allowed the song to speak for itself. By the video giving it more attention, putting it out again will help us to push it out, like "Hey, by the way, this is what we have."

Two years from The Answer, where is "Geylang Crunk" at now?

Master Race: It's about to metamorphise. [laughs] I mean, we're excited! It's been a lot of just waiting – you have to have faith that it will all work out how you want to, so you always put in the work. Some of the people that we reached out to have started sending us stuff back, and so far it's beyond what I've expected. As it usually is, just hearing somebody else's take on what you've done and how it fundamentally changes the whole thing is very interesting.

We're trying to tell the whole Geylang Crunk story. And certainly, in the last two years, not to get political or anything but, when we first started O$P$ it was very much a tongue-in-cheek look at internet culture and how with new technology, everybody's a rapper now. Fuck being a DJ, you're a rapper now. And, I guess, it's the signal to noise ratio where there's a lot more amazing music being produced but there's also exponentially more garbage coming out.

I think, for me as an American living here, in the decade we've gone from Facebook being a thing for college kids to social media just becoming this entire entity by itself. I've always kind of struggled with how pervasive social media is, and seeing memes leaking into the real world. So I guess to me, this album is a chance to say we can do these cool stuff and we can make quality music, have everybody who's part of this scene here help us tell this story from their own perspective.

So we sent out like a little write-up of this loose backstory which basically was like: Imagine you're battle-rapping this AI that's able to create any music, any art, anything at all, instantaneously – that'll be the end of creativity. And so this album is kind of like trying to tell the story of the fight against that machine, against getting lost in the world of computers.

What else do people need to know about the album?

Master Race: I guess we just want them to know that it's coming. And if there's anybody that hears about this and we haven't reached out to them and they want to get involved, they should get in touch.