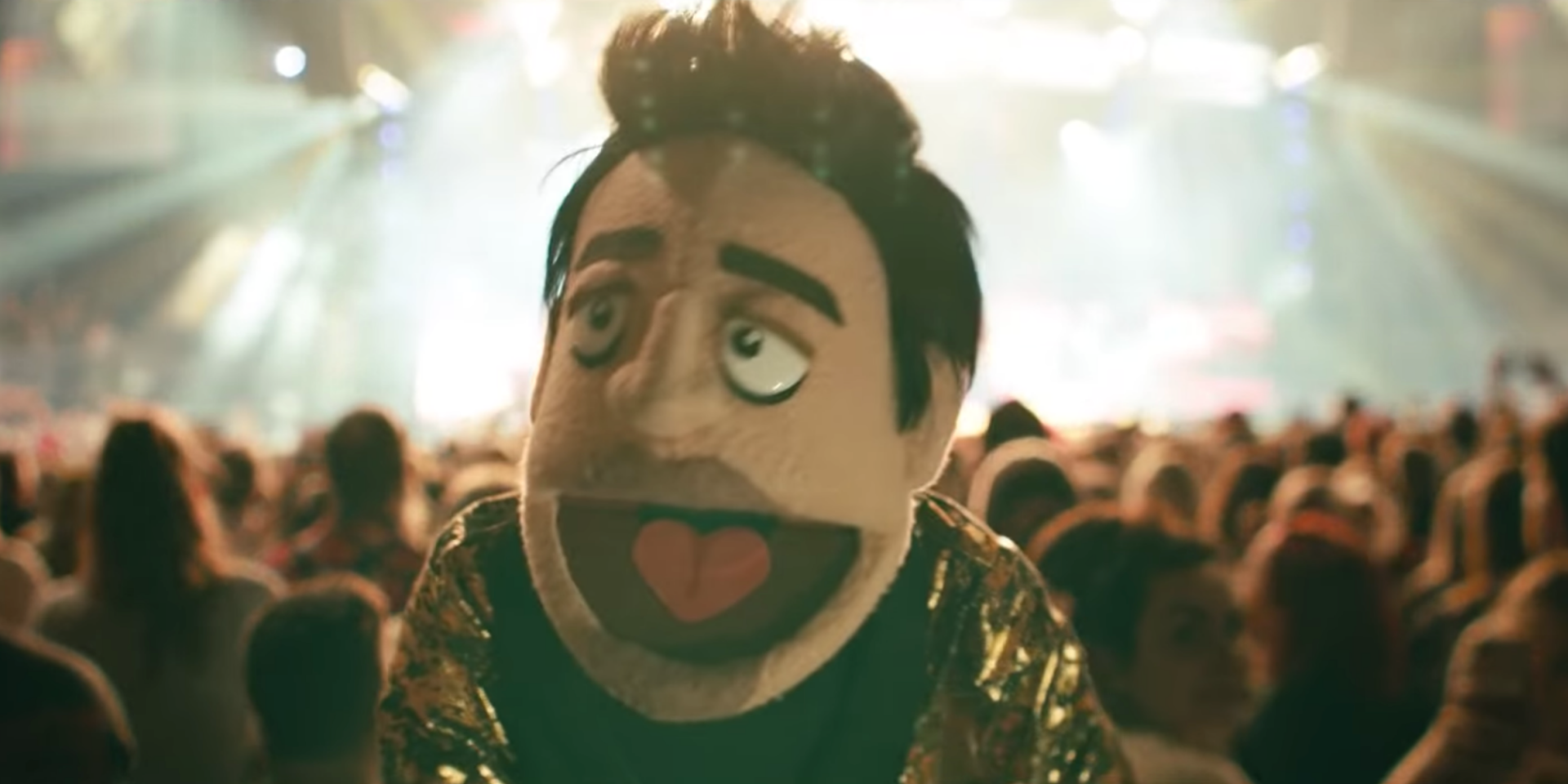 The Amazing Beebo parties too hard in Panic! At The Disco's new music video, 'Dancing's Not A Crime', which was released today.

First appearing in the band's music video for 'Hey Look Ma, I Made It', Brendon Urie's puppet-alter-ego, The Amazing Beebo, makes his return. The track is off the band's latest album Pray For The Wicked.

Directed by Brandon Dermer, who directed the recently released visuals for Steve Aoki and Blink-182's 'Why Are We So Broken', the video features Beebo getting into all sorts of shenanigans such as drinking too much, dancing and taking selfies with fans before Urie finds him in the backroom, passed out and beaten up, thus assuming he missed the show.