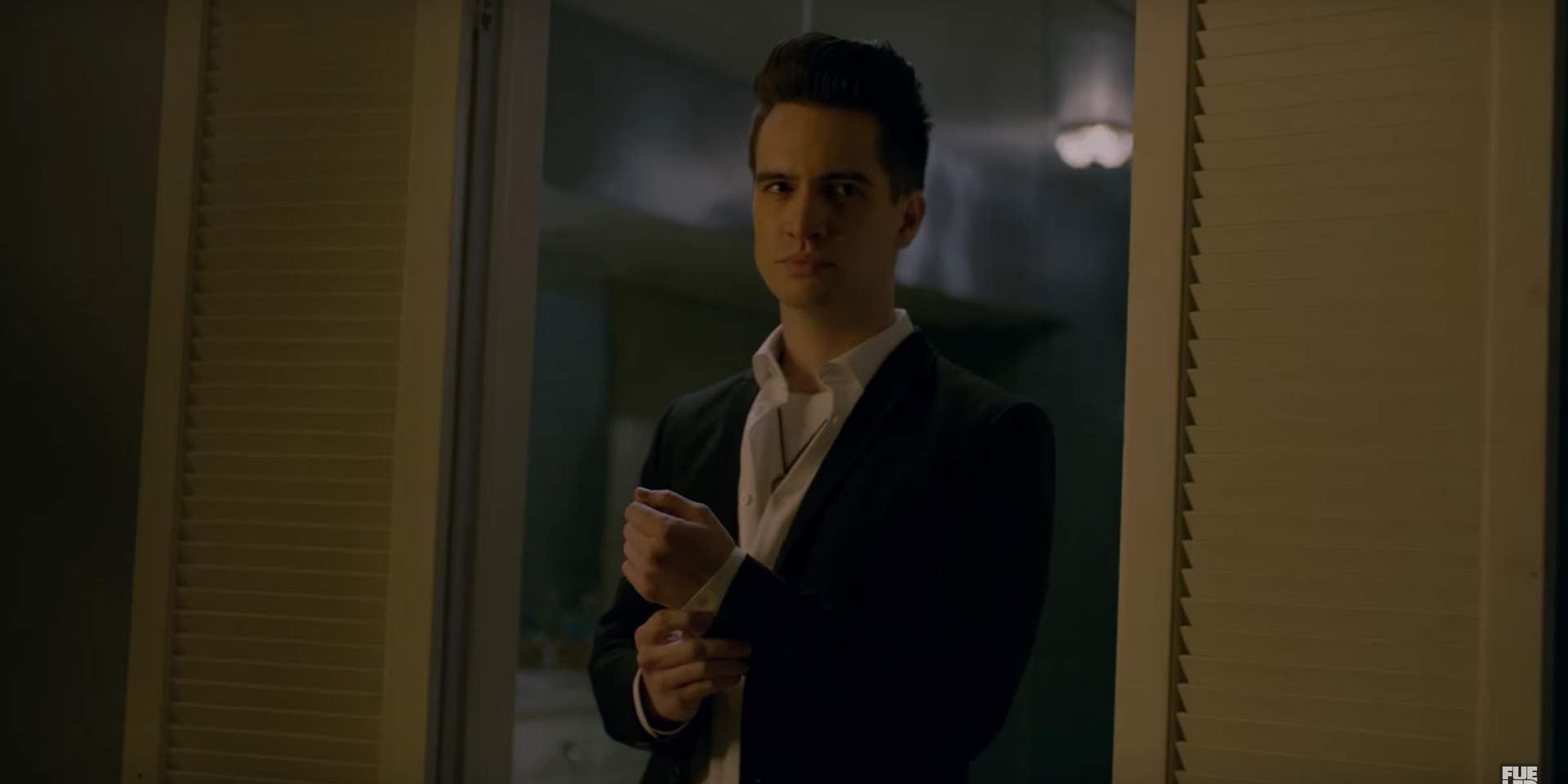 Just two days ago, we reported that there were new developments with longtime pop-punk favourites Panic! at the Disco: a secret show where they welcomed their new bassist into the fold. Now there's even more to be excited about: new songs, a new video and a forthcoming album.

A few hours ago, Panic! at the Disco – led by Brendon Urie – released two new songs, 'Say Amen (Saturday Night)' and '(Fuck A) Silver Lining', as well as a visual for the former. Directed by Daniel “Cloud” Campos and Spencer Susser, the video all kicks off because Urie has stolen a precious artifact known as the Devil's Key, which a bunch of masked thugs are eager to retrieve. It's a thrilling and pretty gory ride – consider yourself warned.

With a bombastic, easy-singalong chorus (that their friends Fall Out Boy have become exceedingly fond of lately), 'Say Amen (Saturday Night)' is definitely Panic!'s marquee single for this new album, titled Pray For The Wicked and out 22 June. The other song, '(Fuck A) Silver Lining', is more left-field for Panic! with its brassy horns, nods to soul and funk, and unabashed Beyoncé worship ("When ya gonna say my name / A quick charade / Beyoncé, Lemonade").

Panic! have also announced a North America arena tour in July and August. Here's hoping they get over here to Asia sometime.

Listen to '(Fuck A) Silver Lining':