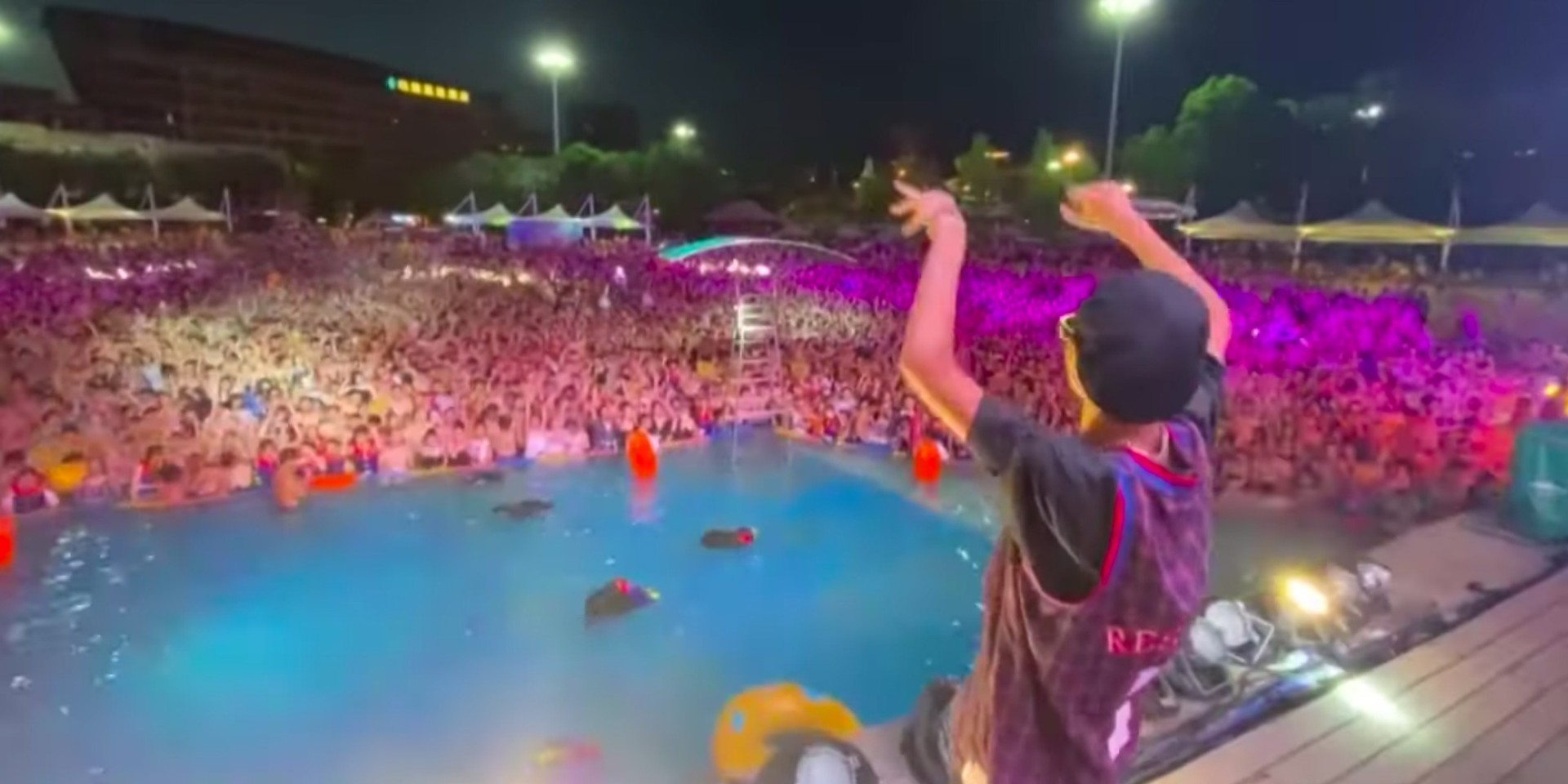 As socially distanced gigs become a “new norm” for the rest of the world, Wuhan resumes its post-coronavirus normalcy, with partygoers seen packed together in a water park for an electronic music festival on Saturday (15/8).

Standing shoulder-to-shoulder donning swimsuits and goggles, the large crowds were a stark contrast to the empty streets of Wuhan in the early days of the virus. DJs and performers played onstage, joined together by the attendees who don’t seem to be wearing face masks.

People watch a performance as they cool off in a swimming pool in Wuhan, China pic.twitter.com/sPIdpAmQ6G

This comes after a 76-day lockdown was lifted at the epicentre of the virus, leading to the reopening of business and attractions. The 2020 HOHA Electronic Music Festival, as pictured, was also one of the events that proceeded, taking place at the Wuhan Maya Beach Water Park and Happy Valley Wuhan which opened their doors again in June.

According to local media, the park’s attendance is capped at 50 percent of its normal capacity. The electronic music festival is slated to last for over a month, from 11 July to 30 August 2020.

Thousands of partygoers without masks pack into Wuhan water park in Chinahttps://t.co/xbPvQxpH4R pic.twitter.com/4GB58TMnpp

The whole festival sees a mix of different artists, including Akini Jing (朱婧汐), GAI (周延), and Tizzy T, with the most recent being Panta.Q.

The World Health Organisation (WHO) advises members of the public to maintain at least 1 metre (3 feet) distance between yourself and others, and to try avoid going to crowded places. Those with minor symptoms such as cough, headache and mild fever should also stay home and self-isolate, as well as wear a mask to avoid infecting others.