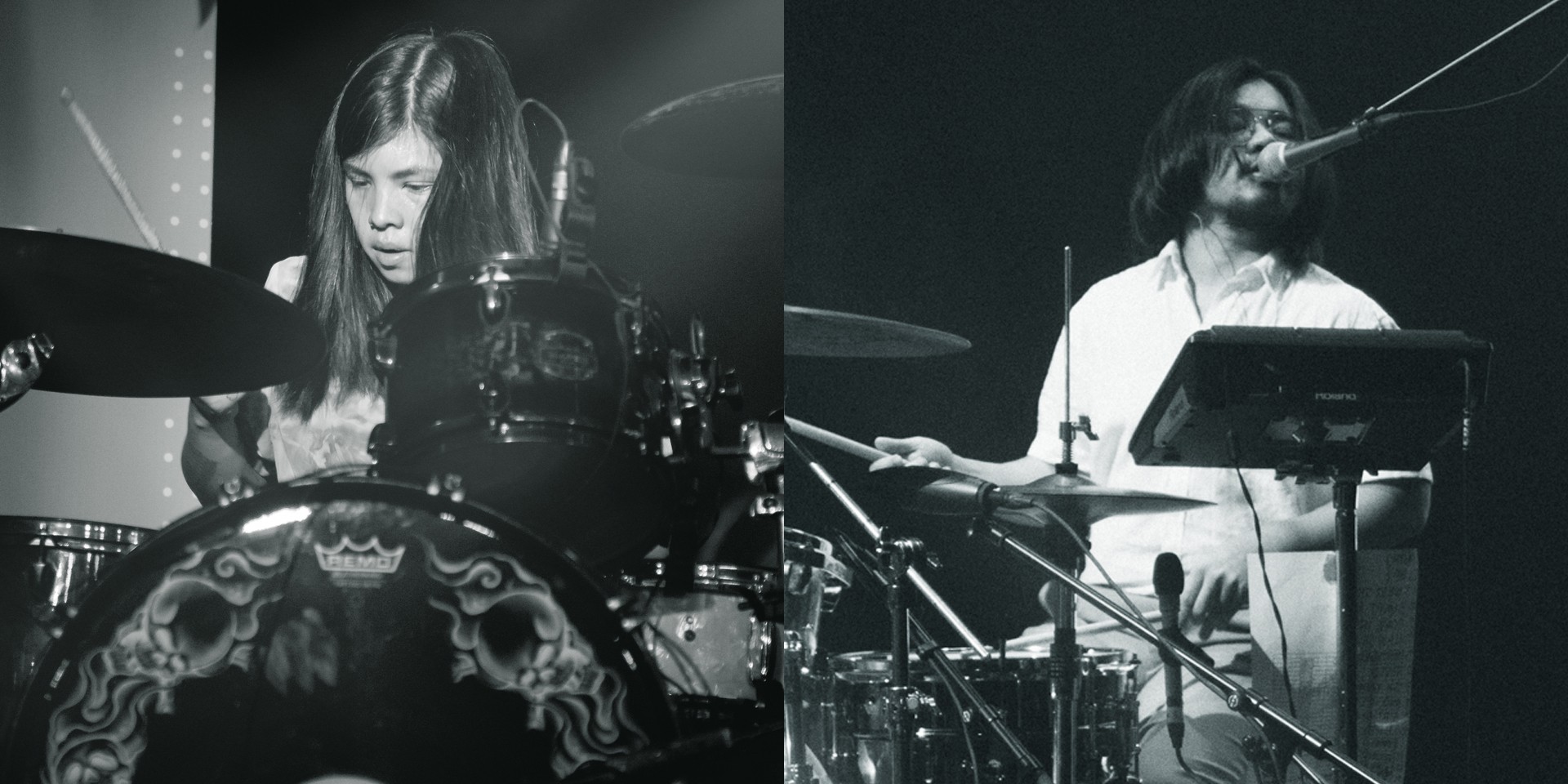 The global pandemic has put the entertainment industry on hold, but that hasn't stopped creatives from making sure the scene doesn't flatline. In the case of Filipino drummers Pat Sarabia of Oh, Flamingo! and Badjao de Castro of IV Of Spades, their answer to keeping the scene's pulse from slowing down was simply to make it beat even harder, quite literally.

Together with sound engineer and Lindenwood and bird. drummer JR Jabla, Sarabia and De Castro have launched Dugdugpack, a collection of drum loops and beat samples that help musicians create tunes with "interchangeable" drummers.

Dugdugpack is a rhythm-centered library of nearly 500 hi-fi quality drum loops Sarabia and De Castro recorded at Jabla's studio, This Is Where I Make Music in San Juan. You get stereo files of snare hits, kicks, crashes, and toms samples from 80bpm to 156bpm and the opportunity to get creative with your music while you're trapped indoors.

"Magsawa kayo!" Sarabia quips. "We tried to hit as many bases as we could for the first volume of it. That's why the idea was to keep making more. We haven't even gone into experimenting weird things like different mic'ing or using effects."

Jabla explains the concept is like having Sarabia and De Castro as part of your band. "I don't want to call it their signature sounds or grooves—but you can really tell it's them playing," she says. "Having them playing to the song you're writing, it's not something everyone could have. It's like having Pat play the drums on your song even if you haven't met before."

The collection will soon expand with more Filipino artists contributing their personal touches on grooves. "There are just so many musicians. The list can go on forever," Sarabia says when asked if they'd already reached out to other artists. She adds that they're also planning to produce percussion volumes and signature artist packs in the future.

Coming up with the first volume of Dugdugpack was an organic process, Sarabia shares. She says, "'Di naman kami masyadong cerebral about it. It's not like we came in and were like 'let's do this today'."

On their second day of recording, they invited Sandwich frontman Raymund Marasigan to join them at the studio. He helped organize their setup, suggested grooves, and even refined the name Dugdugpack from Dugdugpak.

Sarabia credits Jabla for having the "heavy hand" when it came to all the studio work. "We didn't know what we were getting ourselves into," she laughs. "It was my idea and I'm so sorry, but here we are now."

Filipino singer-songwriter and The Metro Fantastic's Carlos Castaño hopped in to create the Dugdugpack site. "When I told him about it, he offered to make the website. The next day, nakuha na niya yung domain."

With the undying support of the local music community, a simple request from the trio would immediately be executed. KL Dela Cruz of ST. WOLF also lent a hand to the project by helping with their videos, Mon Punzalan from Filipino lifestyle line The Daily Grind pitched in to make official shirts, and Pedicab's Diego Mapa offered to contribute modular synth loops. "It's the community helping each other," says De Castro.

There's hope for Dugdugpack to go regional thanks to the internet. Sarabia and De Castro are also looking forward to making it a "local version of YouTube" but with local artists sharing tips and tricks on video.

"I feel like there's so much interest bubbling around it," Sarabia shares. "People are genuinely curious about it, because hindi pa siya nangyayari dito sa Philippines. We have so many people messaging us about it. We'll just see where this brings us. But for sure, it's going to get bigger. It's kind of awesome rin kasi it started as a self-interest thing. Now it's become a platform or a way that musicians can earn and help one another."