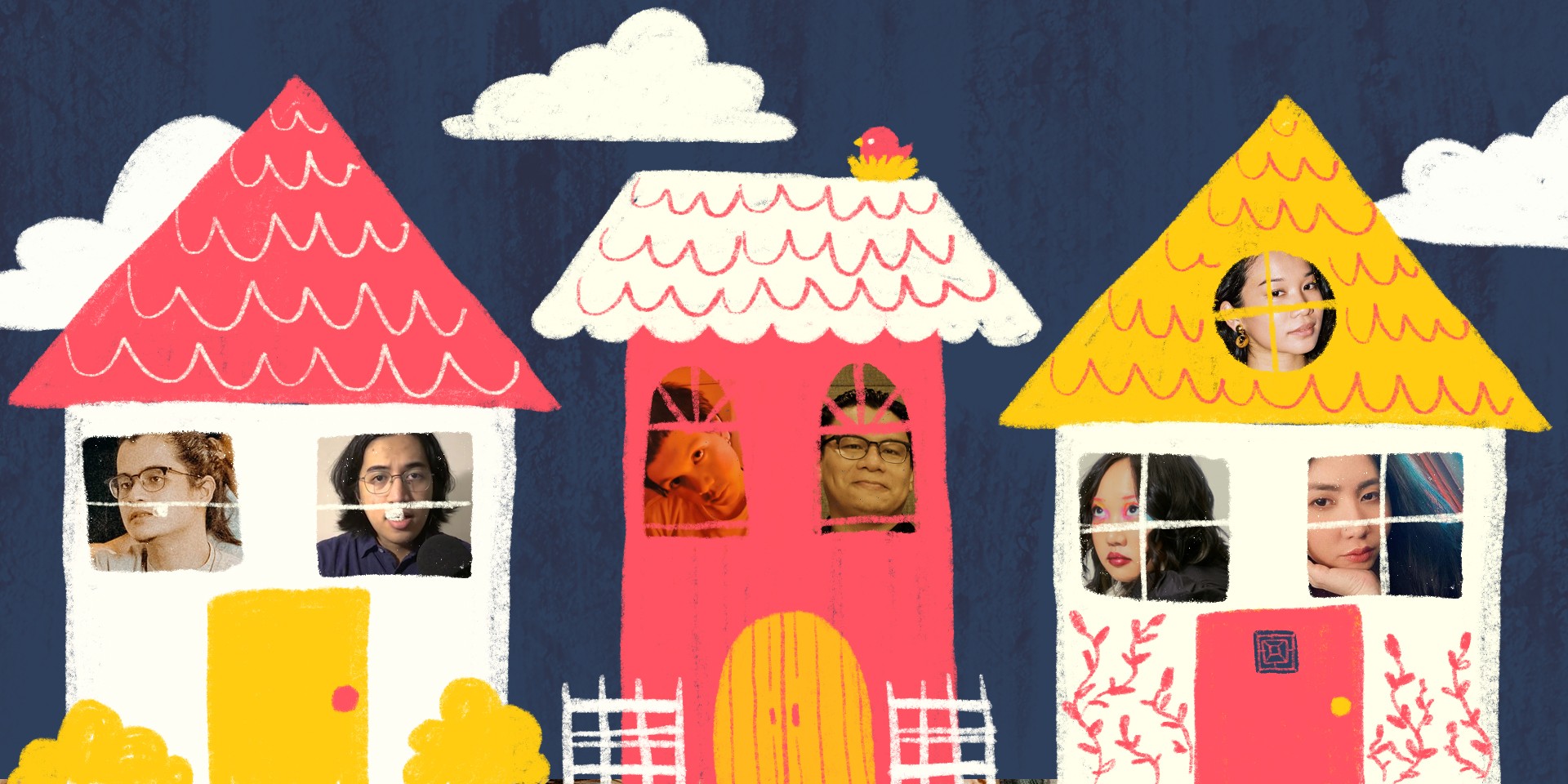 People say it takes about 21 days for you to get into the groove of a new habit. It's been half a year and it seems the entire world is still adjusting to the "new normal."

The earlier part of lockdown has barred artists from physically being with their community, forcing them to go completely digital until things get sorted out. A bunch of them, like Zild Benitez and The Itchyworms, created full-length albums, while others like Oh, Flamingo!, Ben&Ben, Shanne Dandan, and Bea Lorenzo helped keep their followers sane with frequent podcast episodes and Facebook/Instagram Live sessions.

While the global crisis doesn't lighten up, our only option in catching our favorite artists play live is through digital concerts and music festivals that have been popping up in the virtual realm.

Here are some live quarantine sessions you should follow and check out:

In early September, Filipina singer-songwriter Bea Lorenzo premiered the first episode of her new Live at the Lanai series, where she will be releasing live performances of original songs and covers. "And maybe when theres a vaccine," she tells Bandwagon, "collabs na rin, haha!"

These days, ena mori has been living at her grandmother's place that has this gorgeous garden, which overlooks their neighborhood in Japan. She also shot her DIY music video for 'FALL INLOVE!' there.

Check out ena mori's videos on her YouTube channel and Offshore Music's channel.

Zild has been busy living it up on his World Tour...from his bedroom. And instead of throwing a typical arena concert to close the tour, he invaded Luneta 8-bit for an epic Homework Machine performance with Pikoy and ena mori.

Oh, Flamingo! have been keeping true to survival guidelines through this pandemic with quarantine versions of songs from their Volumes EP and their ongoing podcast series Birdcasting.

Check out their podcast here.

Pikoy has the ultimate online gig setup, complete with dreamy pink lights. The Eclectic Kiss artist pops into her YouTube channel every once in a while to drop live takes of some originals.

9-piece folk-pop act Ben&Ben have been living it up at a secret house by the beach, where they're sticking together for the sake of music. With their new YouTube series BBTV, Liwanag can also get a glimpse of their quarantine life and catch them play K-Pop covers.

Check out episodes of BBTV here.

For the first episode of Numinous TV, Typecast hit the stage once more—consciously practicing physical distancing guidelines, of course—for an acoustic rendition of 'Clutching.'

The members of AOUI haven't seen each other since the lockdown, so they've turned to playing quarantine jams. That is, when they aren't playing video games or cooking.

Pinkmen just kicked off with a new series called Pink Shorts. Initially starting off as a freeflow musical exercise, Pink Shorts turned into an experience for not just the band but also their fans.

You can check out episodes of Pink Shorts on their official Facebook page.

Since lockdowns trapped people in doors for obvious pandemic reasons, Faintlight frontman Ron Dela Cruz has been keeping his vocal cords and and performance skills alive with his solo project Cannatonic, where he makes rock covers of today's pop hits.

The Itchyworms made the best of their time in lockdown, working on their quarantine album Waiting For the End to Start. While they didn't get to see much of each other in perform, they managed to get together for a live studio performance of 'The Silence.'

Check out more from The Itchyworms' quarantine life here.

From what started as a project to produce a short track for a video, tide/edit's Clarence Garcia and AOUI's Paolo Yazon pushed through with their quarantine collab as x2.

According to Yazon, the idea to collaborate came up way before quarantine started. Things just continued to flow from there. "It seemed like the perfect opportunity to collab with one another since we had nothing but time (and anxiety) in our hands," he tells Bandwagon.

The members of Flu are stuck at home, but wanted to make sure you all plan to stay that way while the pandemic continues with quarantines cover like Drake's 'Hold On, We're Going Home.' They've also been busy working on their new EP, On Quarantine.

"Being locked down separately in Baguio, Laguna, and Las Piñas hasnʼt allowed us any opportunities to work on music together under one roof, not even once for the past 6 months," Flu tell Bandwagon in a message. "On Quarantine is a project that bloomed out of not being able to play together live. The EP features a distinct flavor of our released singles as well as covered tracks from Drake, Bill Withers/Jose James, and Vulfpeck. Working within our limited means in our individual homes, we wanted to produce a heartfelt EP that hopefully could bring a little good during these hard times

Check out more from Flu here.

Moira Dela Torre isn't going to leave her fans out in the cold during these trying times. In between her busy schedule, she makes sure to share a few acoustic covers to put smiles on people's faces.