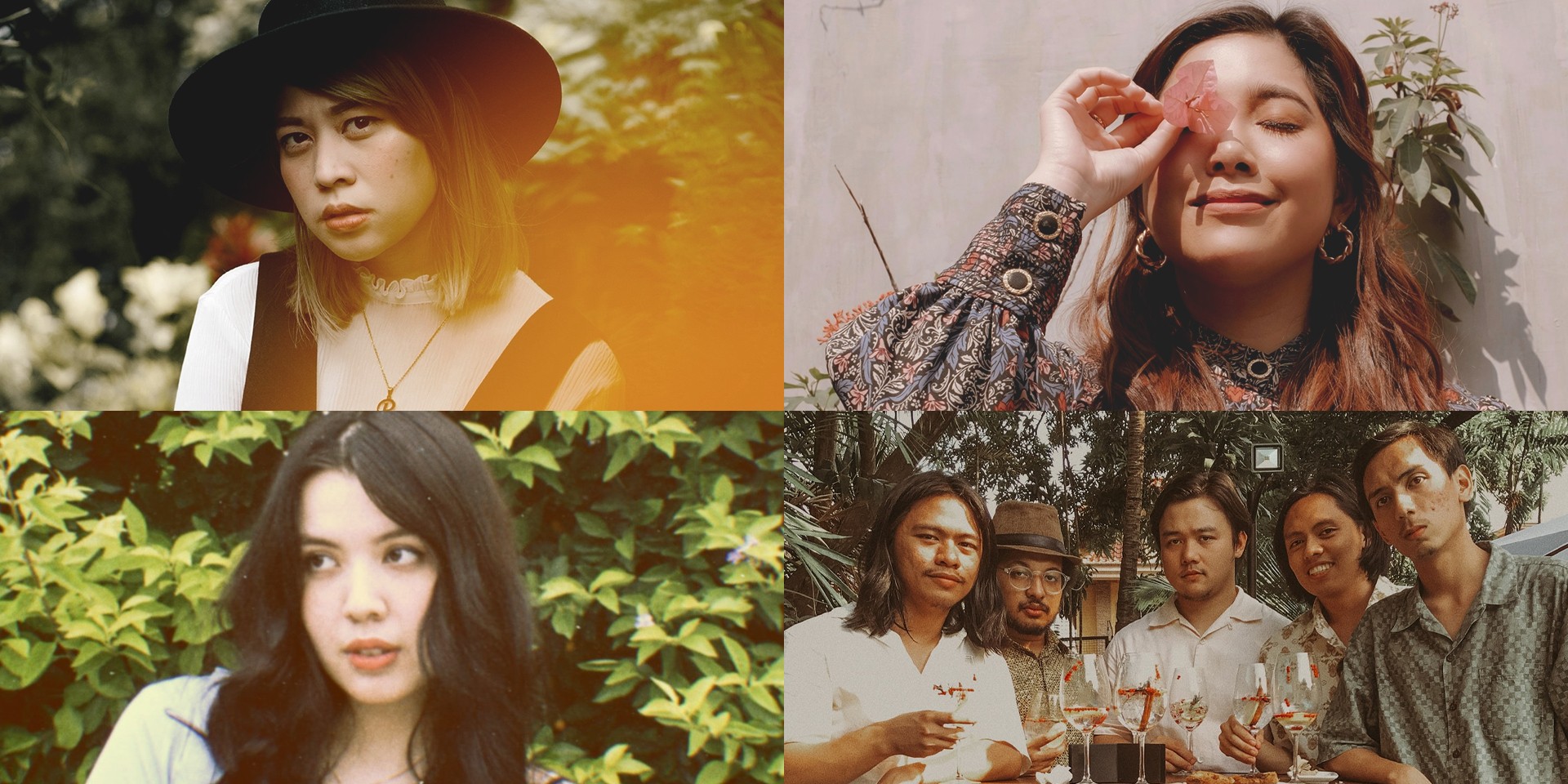 Another week in quarantine has passed, so cheers to another weekend...at home!

In between surviving the real world and video games, artists have been hard at work to make sure they also keep the soundscapes of the music scene alive and healthy. Fresh drops were made throughout the week from the likes of MAMAMOO, mxmtoon and Carly Rae Jepsen, and even Hans Zimmer for the new Dune movie. New music videos and quarantine jams were premiered. All we have to do now is take it all in and enjoy.

Check out these new tracks from some of your favorite Filipino artists below.

St. Wolf have unveiled RMNNTS VOL I, a collection inspired by their circumstances during the ongoing lockdown due to the coronavirus pandemic. It includes reimaginations of their songs in different styles, reflecting every emotion that passed them in these trying times.

"Lapastangan, the final song for RMNNTS VOL I, speaks about the feeling of being oppressed and wanting to break from the cycle that humanity goes through," the band says in a statement. "This speaks a message of hope to face reality, even if it may look frightening, and to use the voices we are given to say what is right."

Flu have been locked away at their homes, but that didn't stop them from getting together in the virtual world to create their On Quarantine EP.

'Heal' is an ambitious collaboration launched by ABS-CBN Music, featuring Valentina Ploy from Thailand, Haneri and Haven from Singapore, Shalma Eliana and DOLLA from Malaysia, and Jayda, Jona, Kyla, KZ Tandingan, Lesha, Moira Dela Torre, and Xela from the Philippines.

Royalties earned from streams, views and downloads of 'Heal' will be donated to ABS-CBN Foundation's Pantawid Ng Pag-Ibig Program.

beabadoobee's latest offering, 'Worth It, is about "teenage infidelity and the mistakes one can make when they’re tempted to think," the Dirty Hit singer-songwriter says in a statement. "It’s a bit of a confession song but also an understanding that it’s a part of life."

The British-Filipino artist is scheduled to release her first full-length record Fake It Flowers on October 16, 2020.

Reese Lansangan is celebrating the release of the We Bare Bears movie with a fun a capella cover of the Cartoon Network animated series' theme song.

We Bare Bears The Movie is a made-for-TV feature film. It premieres tomorrow (09/12) on Cartoon Network.

EJ De Perio just dropped his latest single 'Bitaw,' a song about letting go. In a statement, he writes, "This song helped me release every doubt and fear. What really matters now is the future. New HOPE is found when we learn to let go."

Following the release of 'Untangled,' Cebuano indie act Southern Space are back with 'Fairweather Friend,' via Melt Records. In a statement, the band writes that 'Fairweather Friend' is about "not being able to get something out of your system—anything from vices, bad habits, to negative aspects.

"A diverse mixture of sonic experiences, Alimbukad showcases a variety of bands from different musical backgrounds spread across the country and beyond but united by the common love for shoegaze and dream pop," Shoegaze Pilipinas share in a press release.

Eliza Marie digs into the thoughts of a 20-year-old girl "trying to make sense of love and life" with the release of her debut single 'I Wonder,' via Offshore Music.

"I’m really ecstatic to have it released as a debut single under Offshore Music!," Eliza Marie tells Bandwagon. "It’s a securing feeling to know I have a supportive team working with me on my music. Collaborating with talented people is something I’m really grateful for!"

Bawal Clan brings Mic Rahman, Nuevo, and OJ River to the forefront with the releae of their latest eye-opening single 'Brrt Brrt.' In a statement, Yung Bawal says, “Our purpose in creating these songs is hopefully to inspire people to help make a change as these problems have been going on for years with not much/little improvement.”

Orange & Lemons - 'You Bring Out My Best'

Orange & Lemons unravel the intimate moments shared with a fictional ex-lover with their latest offering 'You Bring Out My Best.' The track started off as a pitch for a commercial project, which later on turned into a stand-alone single from the band. "

"We just love how the song turned out,” frontman Clem Castro says in a press release. “It’s the first time we sat down together working on a concept material, with no relevant inspiration for it. Just a play with words and melodic lines.”

Zsaris seeks for answers with the release of her latest single 'Solusyon.'