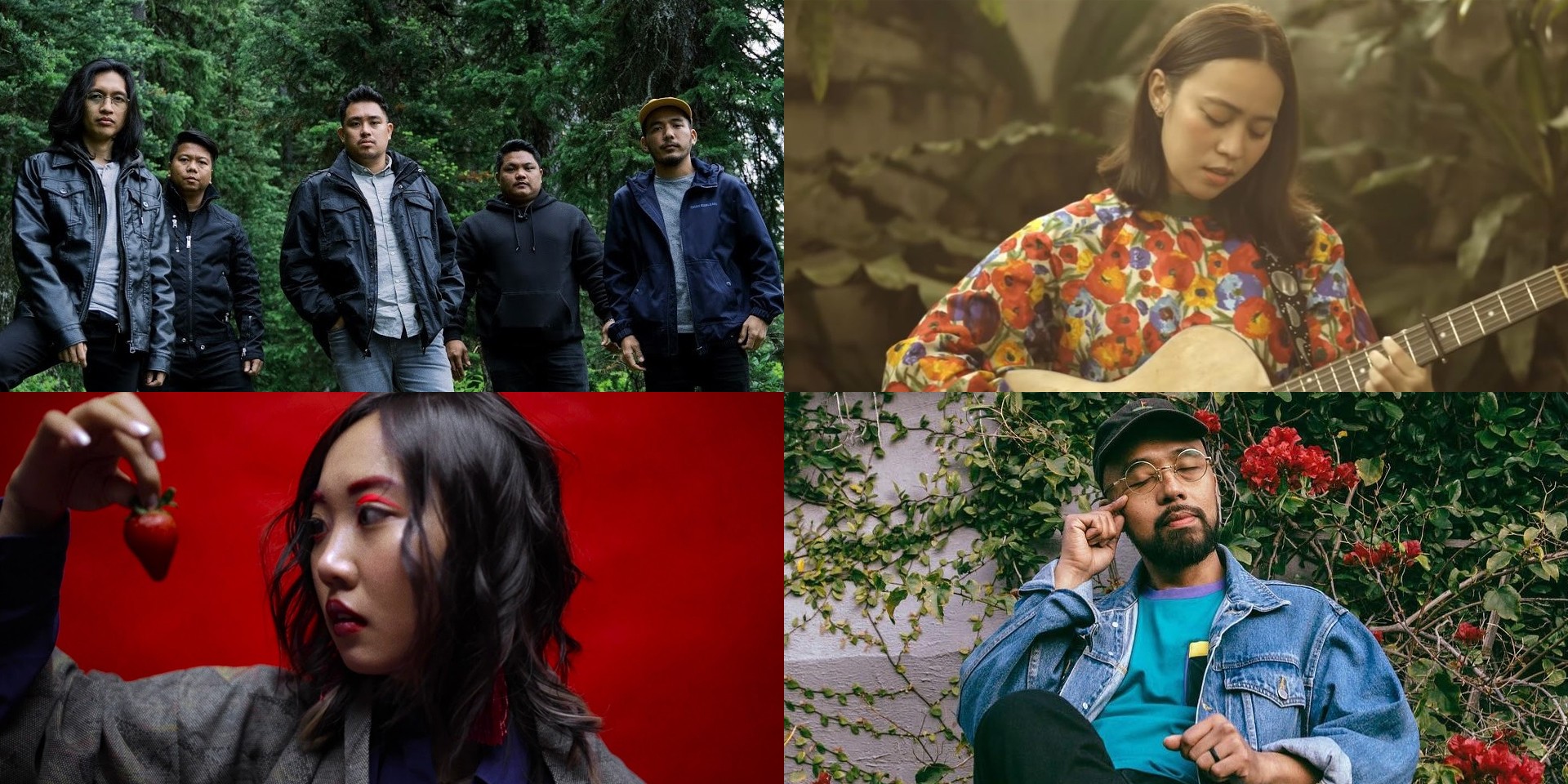 Can you believe it's actually September?

We've all been under lockdown for half a year now, but that hasn't stopped our artists from creating and keeping us fed. With the likes of ena mori and Reese Lansangan releasing fresh tunes to jam to and December Avenue and The Relax showing us what else they've got, it's safe to say we're in good hands—music-wise—during this long-running pandemic.

Check out these new tracks to add to your playlists this weekend:

Japanese-Filipina pop act ena mori is back to get you dancing with her fresh new single, 'FALL INLOVE!' via Offshore Music. The track was produced by timothy Run and mixed/mastered by Emil Dela Rosa. It also features Zild on bass.

'Telephone' singer-songwriter tells Bandwagon, "'FALL INLOVE!' is a song about dealing with pride and an unforgiving heart in a relationship." The upcoming DIY music video for 'FALL IN LOVE!', which ena mori directed and shot with her sister, was inspired by "watching people being creative at home." It was edited by Daniel Aguilar, who according to mori, "polished the entire video."

'Sa Ngalan Ng Pag-Ibig' act December Avenue have been recruited to be part of the upcoming Rico Blanco Songbook from VIVA Records. Their take of Rivermaya's 'Umaawaw, Umuulan' is the first look into the compilation album.

In a press release, vocalist Zel Bautista reveals that Rico Blanco's songwriting skills inspired the group "to reach a certain standard in achieving [their] goals in music."

Mark Redito ft. Reese Lansangan - 'so in luv with u'

Mark Redito is back with 'So in luv with u,' his first single off his upcoming album Natural Habitat. The new track features 'A Song About Space' singer-songwriter Reese Lansangan. About the collab, Redito says, "While I think all of my songs are my babies, I think this one is truly special."

similarobjects is back with his latest offering, sisphean, which features 18 tracks he describes as an "effort that never concludes, but must incessantly and infinitely renew itself."

Reneé Dominique has given her own acoustic take of Billie Eilish's latest single 'My Future.' In a statement, she writes, "I feel so much for this song and it's probably the anthem of my life for this season."

Annalogue - All is Said and Done EP

Cagayan de Oro-based rock act Annalogue have finally dropped their 6-track debut EP, All Is Said And Done via Melt Records. The EP was recorded at Bammerstudio.

Get your physical copies here.

In an interview with Bandwagon, he says, "I don't want to pre-empt it but if I could sell it without singing it, my music sticks to a catchy groove, inspired by my love for dancing with friends. While at the same time, it's heavily doused in the rawness of rock which I've kept to heart so much."

Face the Apocalypse with Olympia Maru in the music video for 'Candle,' the second single off their upcoming sophomore record Golden Age which is slated for a vinyl release this month. The track was mastered by Shinji Tanaka at Kodama Studio.

Wayback just released their latest single, 'Muli,' a song about hope and moving on.

Mojofly return with the release of their latest single 'Kapit-Lapit.'