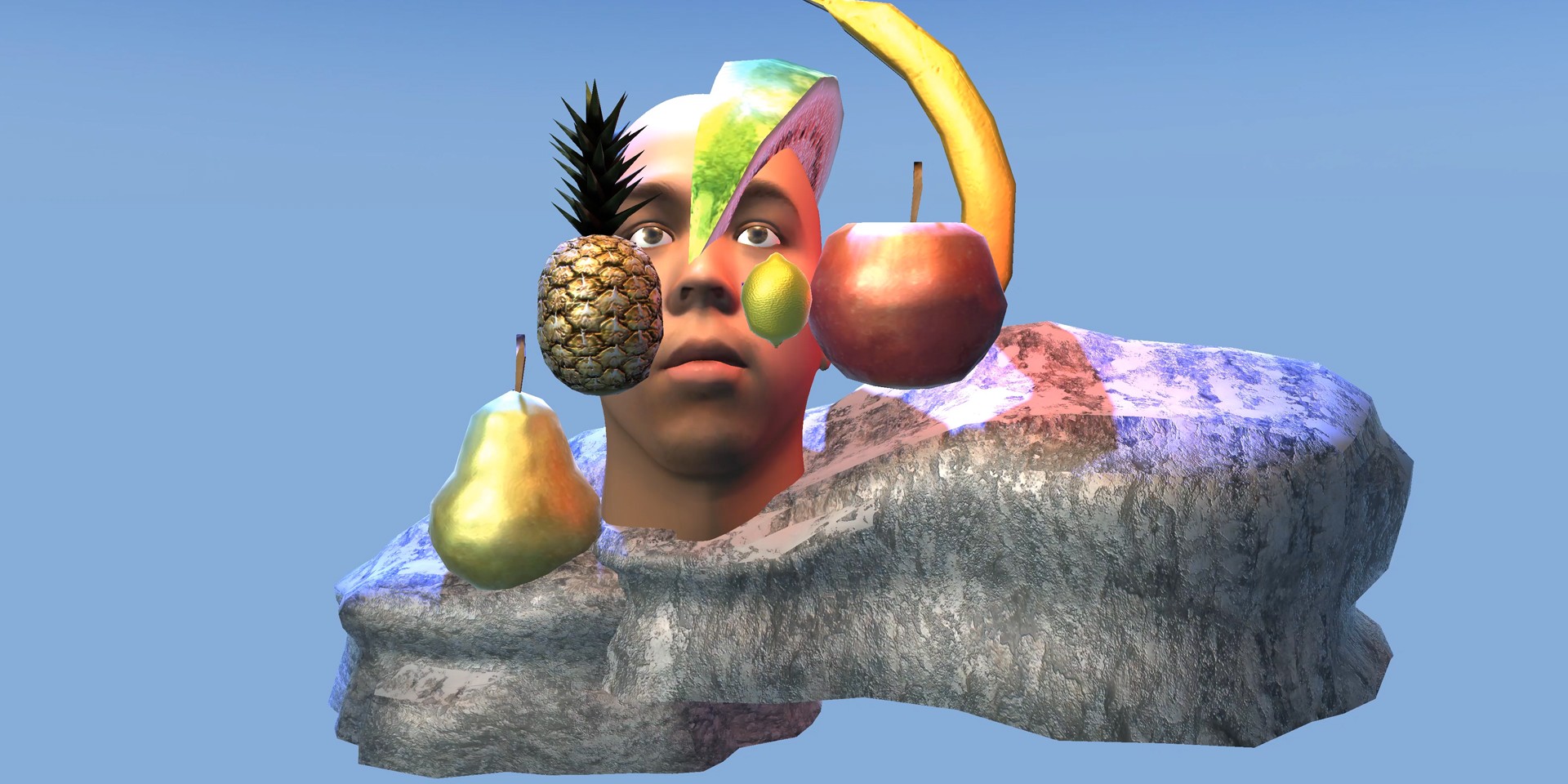 similarobjects has just combined his dreams of owning a club with the possibility of throwing a show for anyone anywhere in the world.

Together with ahju$$i, dot.jaime, and Cavill, the Filipino producer launched Club Matryoshka, a virtual music club hosted on a private Minecraft server. It's a new home, which holds its soft opening tonight (07/14) at 9 p.m. "for underground and unorthodox music mutants and artists."

tonight for the soft opening of @ClubMatryoshka !

Bandwagon caught up with similarobjects to talk about the story behind Club Matryoshka and building his own virtual music club on Minecraft. 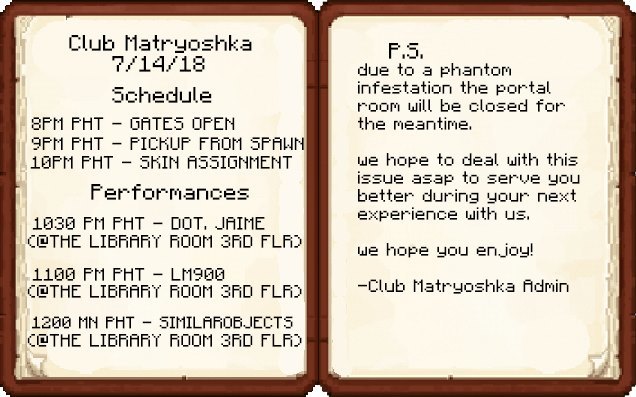 What's the story behind the name Club Matryoshka?

As a child I've been pretty obsessed with the idea of Russian nesting dolls ever since I saw it for the first time on one episode of Sesame Street. This concept and visual just grew on me hence the name "similarobjects." My moniker is actually heavily inspired by matryoshka dolls and the concept of "mise en abyme."

"similarobject-within-similarobject" you know? And even within this whole virtual world or game this concept is still observable so I thought I'd name it that. 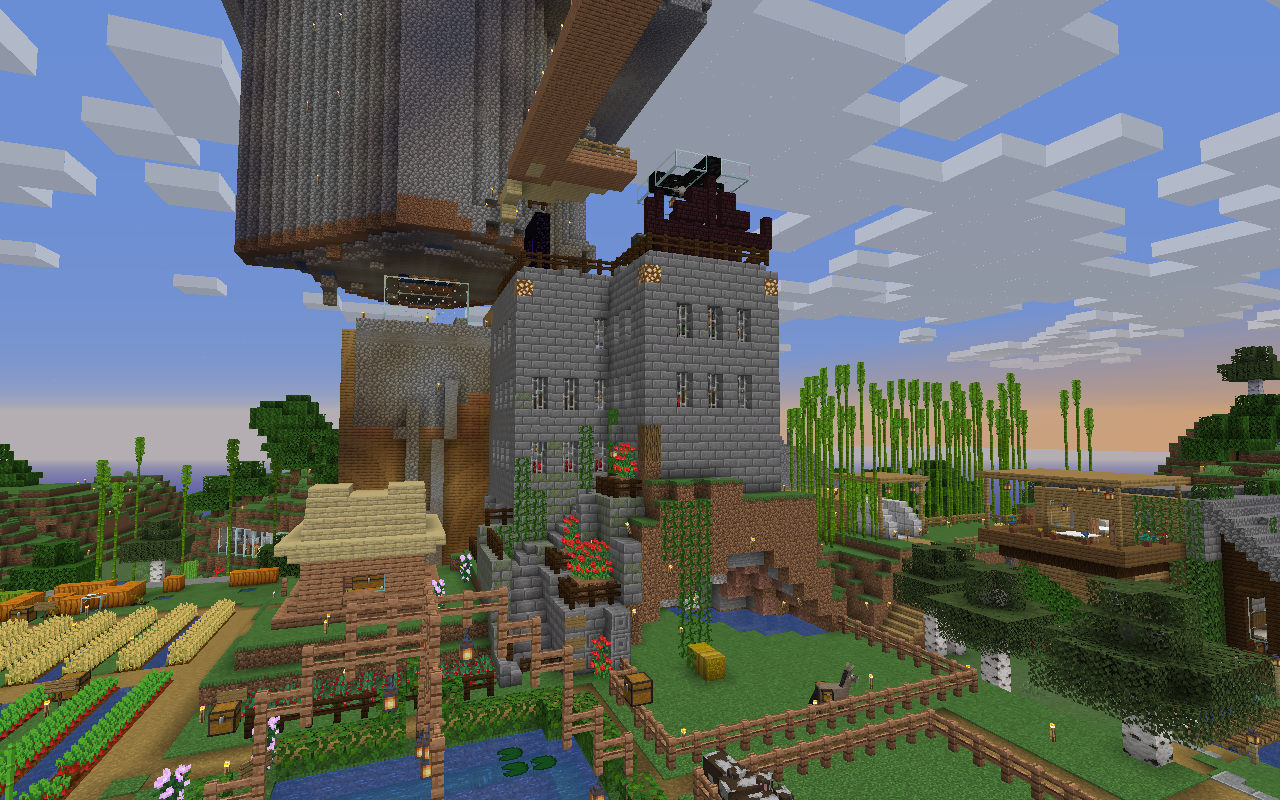 What made you decide to come up with a virtual music venue?

My Buwan Buwan colleague Luis Montales a.k.a ahju$$i and I have actually been thinking of doing a virtual gig long since the start of the year but it didn’t really manifest till now. I've recently grown tired of hosting monthly shows coz of how a lot of the IRL shows and events I used to host weren't as effective and I guess I just started getting tired of trying.

There’s always some sort of limitation to holding a gig in a controlled space where there are preset rules and expectations. I just wanted to create a space where [we] can set our own rules, our own context for our content and be free from the limitations set by our geographical locations. We just wanted to feel free again.

Initially, we were trying to think of hosting a gig on platforms like Second Life since we were toying with the idea of "abandoned warehouse parties" and we came up with the term "abandon-ware house parties," which were parties we planned to host on abandoned avatar chat software but eventually landed on Minecraft when me and some musicians friends dot.jaime and Cavill decided to just buy our own server. 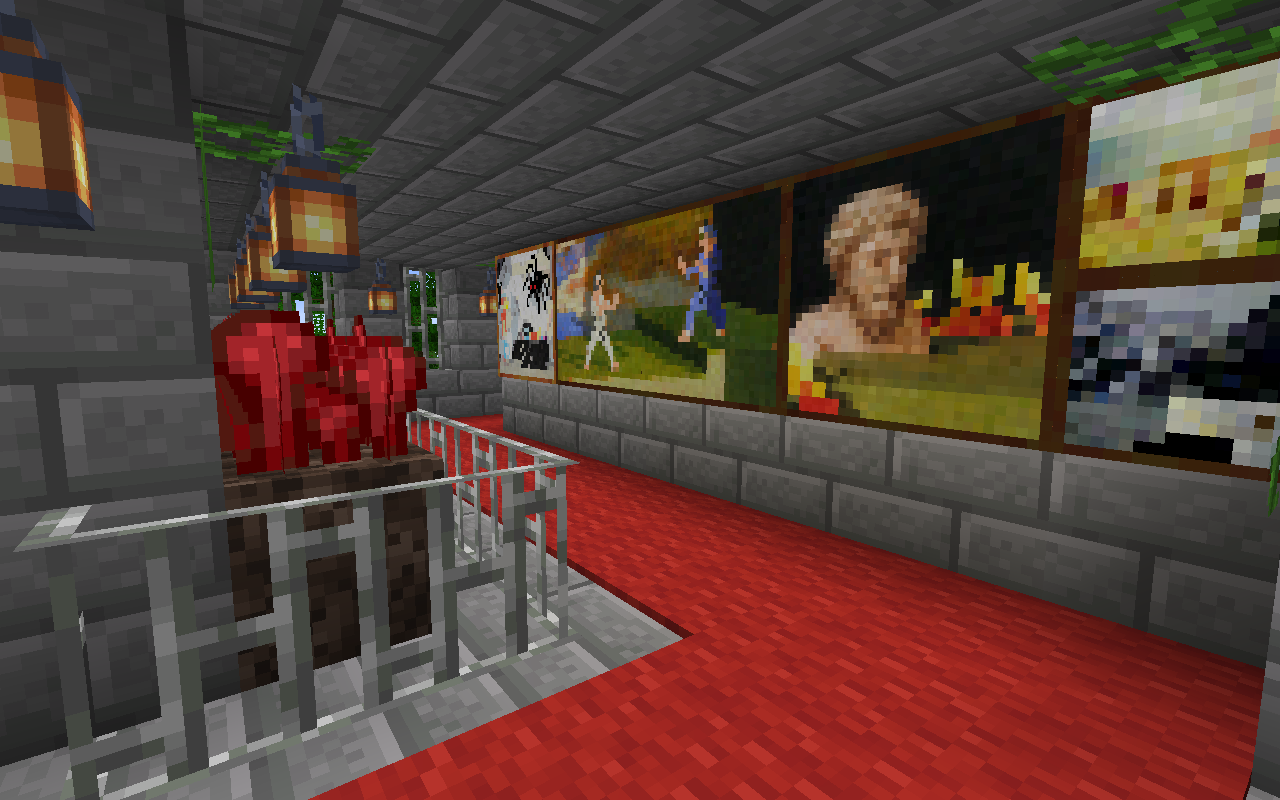 Why did you build it in a Minecraft server?

Second Life was good theoretically but was as good as Abandonware to most people in Manila, it was less known so I don't think anyone would go through the hassle to get on there.

It was really more about accessibility, we wanted to think about what platform would people here be more into. Most of our players are actually running the server from cracked launchers (apart from some players who are kind enough to support the devs by purchasing it), but I guess I was keeping it that way coz I wanted any “Juan” (anyone) to be able to go on if they wanted to join but who knows maybe in the future we can migrate the thing to the real thing. As of now, it is what it is. Hey, at least it’s still got a feel of an illegal warehouse party somehow (laughs).

We also wanted something that wasn't just a good platform for communication/fun but also a really open-ended platform in itself. Minecraft’s popularity amongst our group made it an easy choice for us.

But it all started when fellow musicians dot.jaime and Cavill invited me to join their server called "Chodes." We just ended up playing a lot then eventually we decided to buy our own private server. After that, the community just started to grow organically. We actually have a handful of musicians playing with us on our private server including Jason Dhakal, Johnpope, Tito, ahju$$i, youngsleepyboi, VINCED, TeyaLogos, and more. So it evolved into this safe cyberspace for us to build together have fun, share music, and be silly 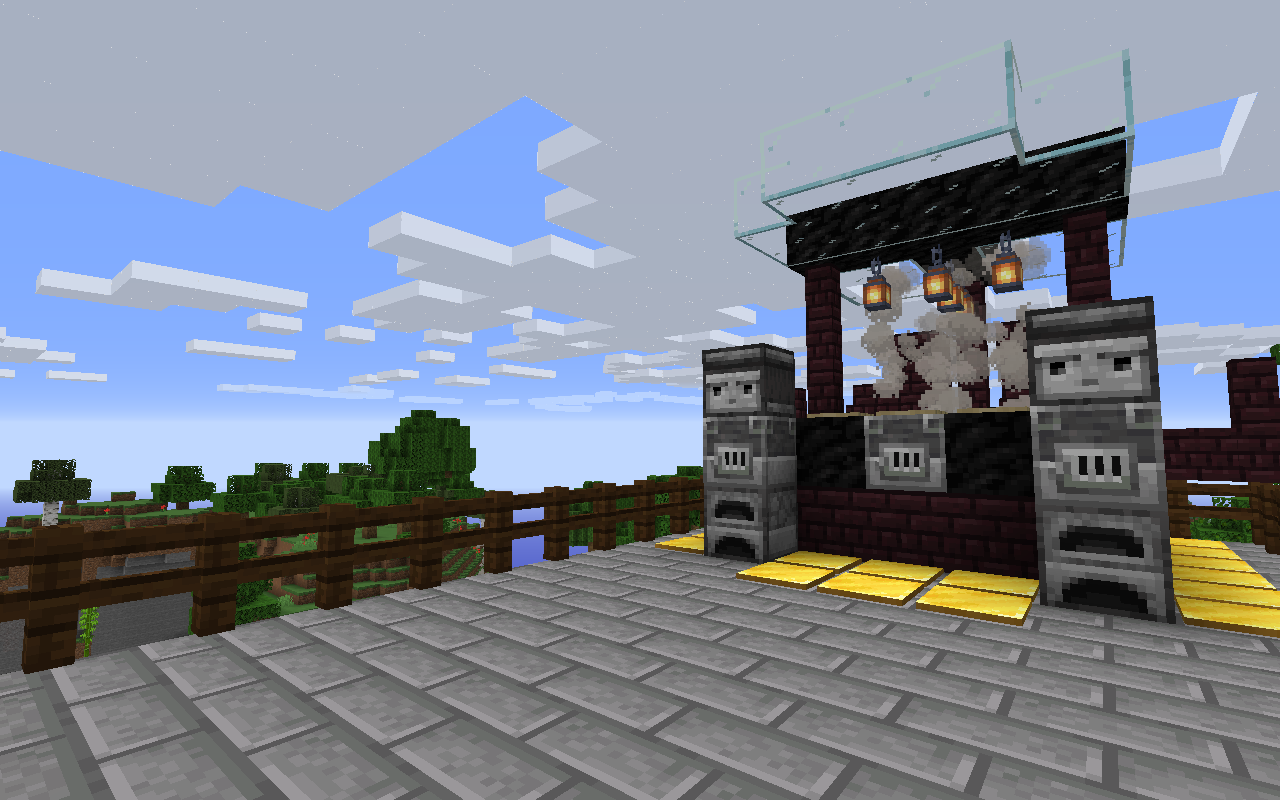 How long did it take to build it?

I built Club Matryoshka on top of my old house in the server after it caught fire from lava, but it only took me around two days to build it.

I built this club using survival mode since our server is strictly on survival (we never go creative) so imagine me having to gather all the resources and build each brick and block for the club. That's some labor there (laughs). Technically built it with my bare (virtual) hands (laughs). It's mad trippy we've got two main rooms (inspired by the concept of BM-Mao den or xx xx / 2020) and a potion bar/resto fully stocked with food and ingredients for potions! I also plan to be prepping the food and brewing the potions myself for the guests! 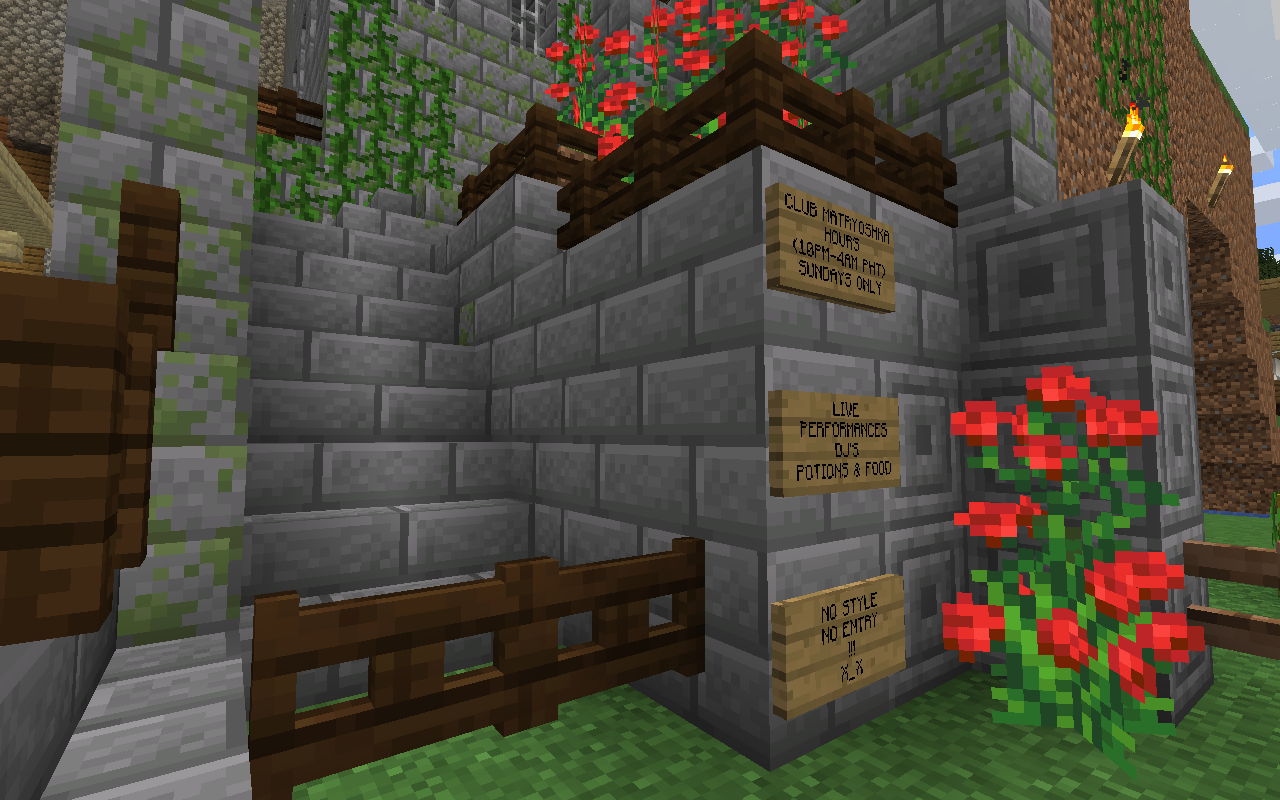 What are your future plans for Club Matryoshka?

Club Matryoshka really satisfies my fantasy of owning a club and being able to create my own programming and vibe for the place so I’m really excited for it even if it is just a virtual space.

From here I plan to host regular shows. so I guess people can expect more shows and maybe a festival soon! Also, We’re also looking for more open-minded interesting people to play with us so I hope the existence of Club Matryoshka on our server attracts like-minded individuals that can build this community with us! So if you're reading this and want to be part of our chode community hit us up!