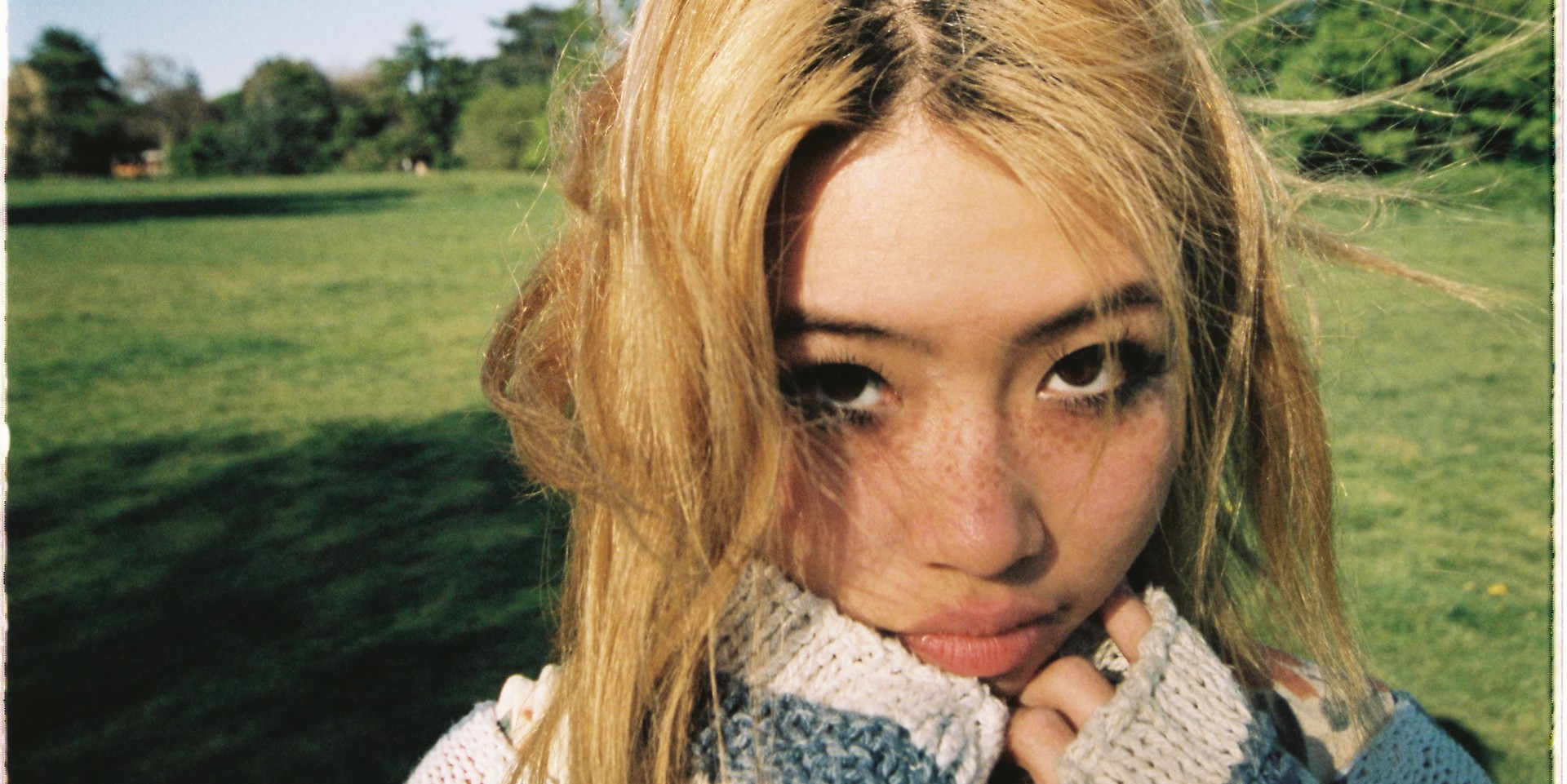 If you’ve ever been on TikTok or just perused through playlists, then you’ve probably heard of Beabadoobee.

The Filipino-British singer-songwriter first came to the scene in late 2017, when she released  ‘Coffee’, and a cover of  ‘The Moon Song’ by Karen O. Quickly then after, she garnered a lot of attention and even drew the eye of British record label, Dirty Hit, home to acts like The 1975, No Rome, and The Japanese House.

Almost three years later, Beabadoobee is now signed under that same label, has released four EPs, and toured the world opening for Clairo and The 1975. Now, she’s gearing up for the release of her debut album, Fake It Flowers. 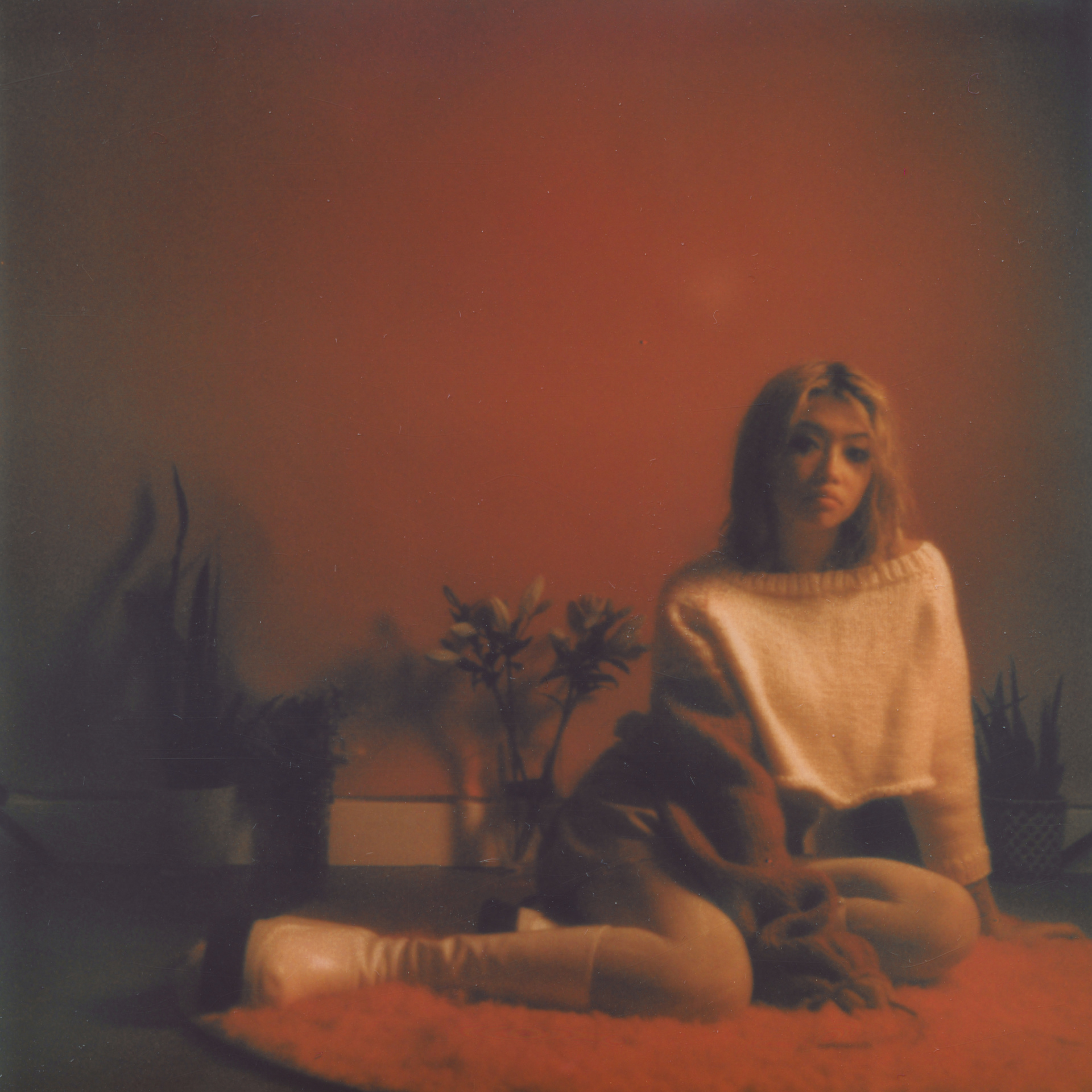 Beabadoobee, or known in real life as Bea Kristi, has taken the world by storm. With an arsenal of lo-fi beats, intimately relatable lyrics, and a nostalgic '90s sound, the 20-year-old has gained immense popularity since the very start of her career. From multiple top tracks to prestigious award nominations, she’s been often regarded as a “Gen Z hero” or that she's “soundtracking an entire generation”. But she humbly disagrees.

“It’s a lot to take on my hands. I don’t necessarily think I’m soundtracking a whole generation. I think I’m just relating to girls my age because I’m one of them. I’m honest about the way I write. I’m not an amazing songwriter, but I write from a genuine place, from my heart, and from my experience,” Beabadoobee tells Bandwagon.

Bea’s rise-to-fame story sounds too good to be true. Her musical journey started on a second-hand guitar her dad gave her when she was 17. With it, she wrote her first-ever song, a “[cringey] love song about making coffee for [her boyfriend]”. As we know, ‘Coffee’ - blew up, garnering hundreds of thousands of views.

Having been born in the Philippines and growing up listening to OPM (Original Pilipino Music), like Apo Hiking Society, Bea owes so much of her sound to her Filipino roots. “OPM really helped me [develop] my sound. I think, subconsciously, I’ve used [OPM melodies] in the way I write songs. And lyrically, the lyrics are always so personal and so deep. I’ve always admired that,” she says.

Earlier in May, she joined forces with labelmate and fellow Filipino artist No Rome, and Filipino-American bedroom pop singer Jay Som on the track ‘Hurry Home’. A track about fleeting feelings, Bea jumped at the opportunity to “collaborate with family”.

Most recently, ‘Coffee’ gained a second wind, after being sampled on Powfu’s ‘death bed’. The sleeper hit became hugely popular after going viral on TikTok earlier this year, gaining over 4 billion plays In March alone.

“At first, it was strange because I had no involvement with that song. [Powfu] came across ‘Coffee’ and he had sampled it [in ‘death bed] and I just said yes to him releasing it because people always sample my music anyways,” she said

“It was hard to accept that so many people were listening to ‘Coffee’, [being] the first song I ever wrote. It’s so personal to me, and it’s one of my purest forms of creation within my music career. So, it was strange knowing that it was so successful and that so many people were listening to it [through ‘death bed’] but, I’ve appreciated and accepted all the love and all the support that I’ve gotten from that song, and [for] the listeners I’ve gained...that listen to my other songs. So, I’m extremely grateful but it’s strange knowing there’s a lot of attention around it,” she continues.

Beyond the virality of ‘Coffee’, Bea’s 2020 started off with a bang. She was nominated for the Rising Star Award at the 2020 Brit Awards, won NME’s Radar Award, and even landed a spot in was supposed to be Coachella’s 2020 lineup. Right about now, she would have been touring all across North America, joining The 1975 again for their Notes on a Conditional Form tour. But due to the worldwide pandemic, Bea is instead spending most of her time indoors quarantined with her boyfriend and his family, gearing up for her debut album release, and taking a much-deserved break.

“At first, it was really hard to get used to the situation, but I was lucky enough to be quarantined with my boyfriend. I actually had a really bad writer’s drought but I managed to write a few songs. [I’ve been] trying to stay creative and stay productive. And it actually helped me rebuild relationships, you know, help me rebuild the relationship with my boyfriend and myself mentally. It was a really good time to relax and just take a breath,” she says.

During quarantine, Bea and her boyfriend, Soren, have spent a lot of filming music videos for her upcoming singles. “The album has five singles, and all of them have music videos. It’s a lot of content for Beabadoobee listeners, she said.

The singer-songwriter recently released the music video for ‘Care’, the first single out of her debut album, Fake It Flowers. Like it’s always been, Bea gets honest in her latest track, recounting what she’s been through and confronting the people who hurt her. Sonically, the song is reminiscent of classic '90s films and emulates the rebellious attitude of the iconic decade.

Fake It Flowers marks a new era for Beabadoobee, which is undeniably scary for the singer. Diving deeper into her feelings and experiences, Bea is set to showcase a more vulnerable side with her upcoming releases, all against the backdrop of a mishmash of sounds that have shaped her career so far.

“Everything I wrote for my EPs was [about] at a certain period of my life, Fake It Flowers is really just a representation of my life as a whole. Lyrically, it digs deep into my personal life, which is why I’m kind of scared of releasing it. The album’s so personal to me. Sonically, it’s developed into a thing where [I’m] taking bits from every type of music I’ve made. So, there are songs that are like ‘Coffee’ that’s just acoustic and there are other songs that [have] big productions, bands and are more full, there are songs that are ‘shout-y’ and some that are soft. I like to have that variety in my music and I think the album really represents that,” said Bea.

Fake It Flowers is set to release later this year, with Bea hoping to perform it live very soon - her eyes are set on a festival and a show in Asia. But until it’s safe to travel again, Bea leaves this message to her fans in the region:

“Thank you for even caring about me and knowing who I am, and appreciating my music. There’s always been a special place in my heart for Asian girls and the Asian community because I grew up always feeling alienated. It’s nice to know that I inspire girls that were like me at 15. With music, I [can] somehow help people in some strange way. I don’t know how, but thank you for being there and thank you for existing.”

Fake It Flowers is out now. Stream it on Spotify below:

Beabadoobee will also be playing on a full band live performance of the album on YouTube. Catch it on 17 October, 2:30AM (TH/ID Standard Time) or 3:30AM (PH/SG/MY Standard Time) here.