Heartbreaks, all-black apparel, dancing in the glow of neon lights and multicolored noise, and action towards global warming – these are the pictures we imagine as The 1975 accompanies us through a journey in our memories. They visited Manila in 2014 with a series of mall shows around Metro Manila, gathering fans from all over the country and decked in loose-fit shirts and black, skinny jeans. A year later, they performed their first headline show at Mall of Asia Arena which featured tracks from their EPs and self-titled album. They left with a promise to come back and play songs for their second album.

In 2016, they joined Panic! At The Disco, James Bay, Third Eye Blind, and several artists for In The Mix. As promised, the played tracks from their sophomore album I like it when you sleep, for you are so beautiful yet so unaware of it where the lights began to glow in hues of pink, purple, and blue. In the middle of these events, fans continued the legacy of their music in the form of tribute gigs, fan art, and spreading the word about their music and influence.

This year, they came back with more than a promise. They returned to organize an intimate reunion, composed of the cleared cache and archived messages between online interactions as established by their third album A Brief Inquiry into Online Relationships. 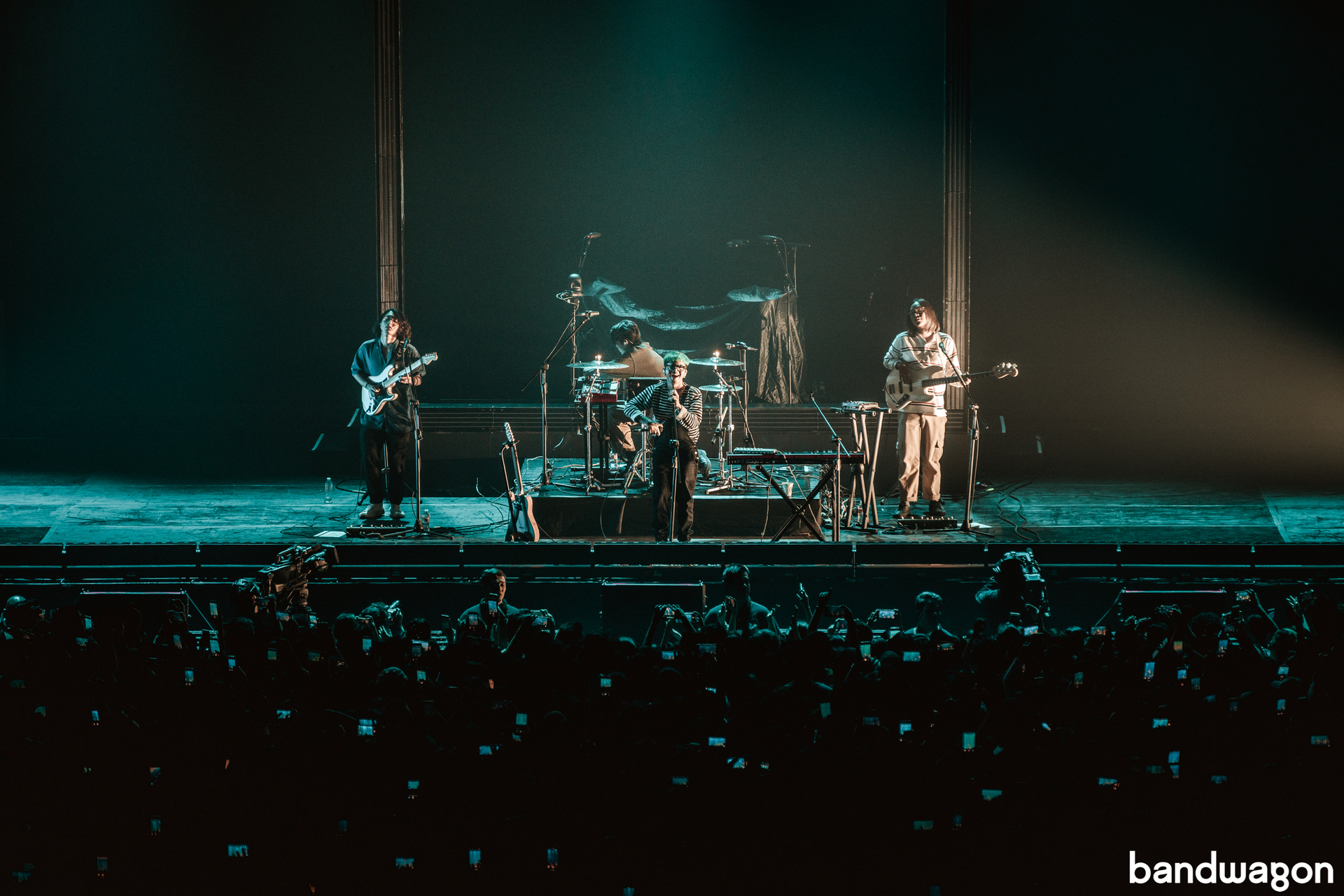 No Rome opened the show with his band, playing tracks from his EPs RIP Indo Hisashi and Crying In The Prettiest Places. He also performed an old crowd favorite, 'I’m here' – reflecting when he started his music in Soundcloud and shared the stage with his brother and friends. Later on, he was welcomed back on stage to perform 'Narcissist' while dancing and turning the stage into their playground. 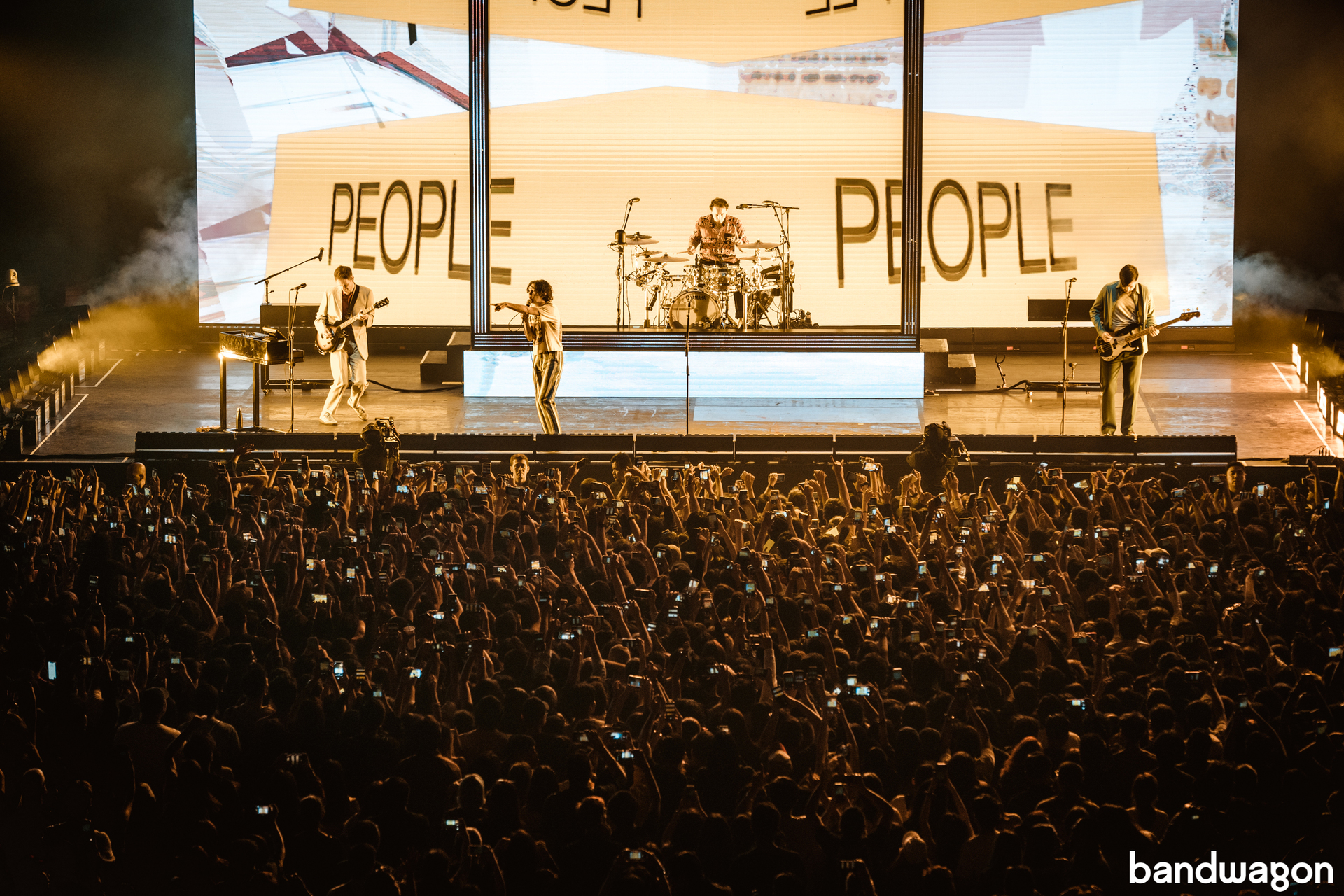 Matty, George, Adam, and Ross completed their set with justice and in a fashion that showcased their growth over the years. Warming up the crowd with a single off their forthcoming, fourth studio album Notes on a Conditional Form, everybody sang to the anthem of 'People.' Two dancers accompanied the band on stage for 'TOOTIMETOOTIMETOOTIME', encouraging the crowd to get up on their feet and dance.

Putting fans’ safety in mind, Matty requested everyone to move back and give each other space for the experience. He pointed out one of the attendees in front, “She’s tiny. Can everyone stand back? She’s really small. She needs to come out.”

Voices of the People, Captured in Performance 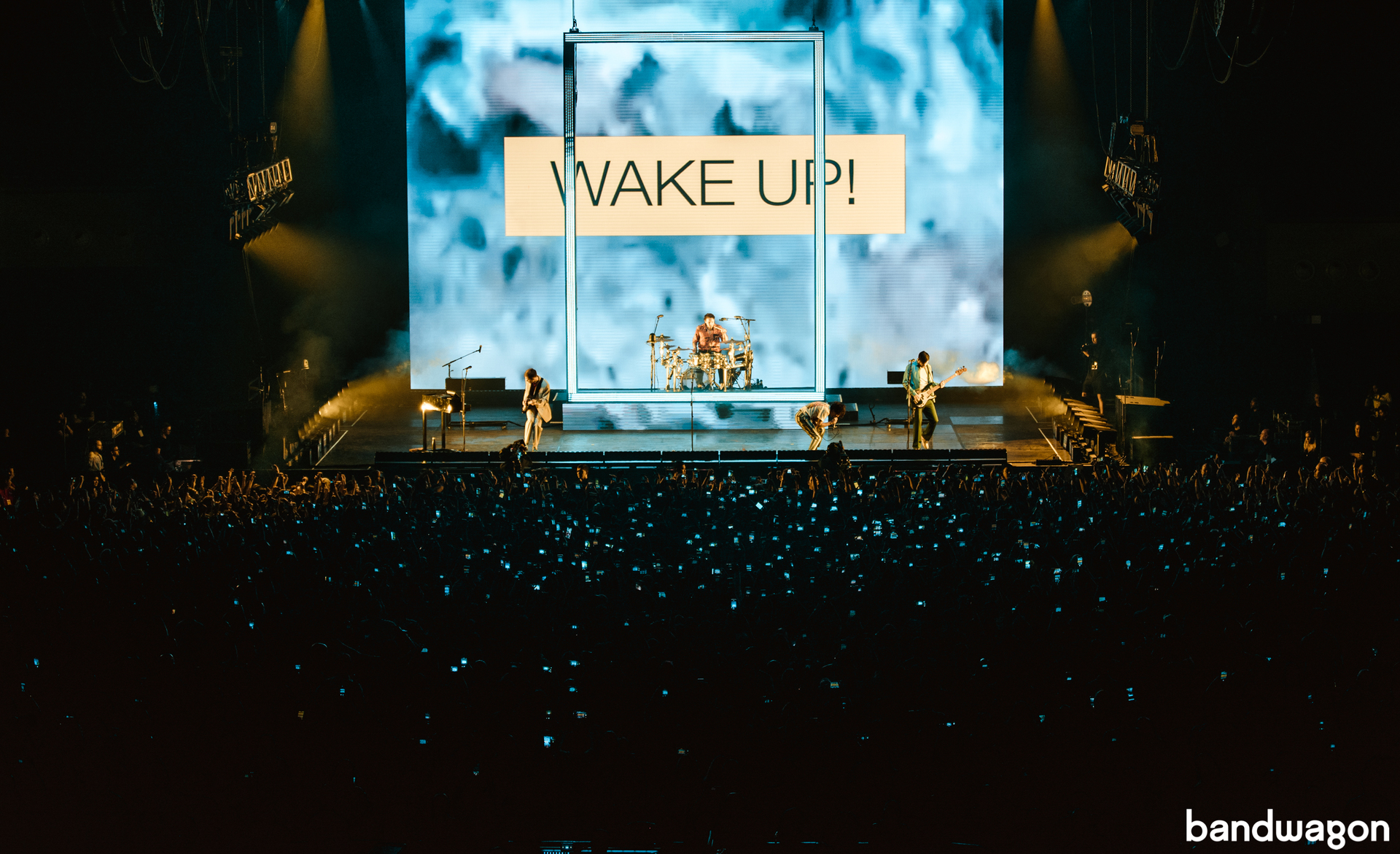 Months ago, The 1975 collaborated with climate change activist Greta Thunberg to create their self-titled track for their next album. Matty was left on stage, standing in the rectangular frame while watching a video montage of changing landscapes, overlaid by a rallying speech about ecological crisis and ending with a call to action: “So, everyone out there, it is now time for civil disobedience. It is time to rebel.”

This was followed by rainbow-colored visuals and the pro-LGBT rights, completing their performance of 'Love It If We Made It'. People also decided to turn the lights on their phones and wave in unity to celebrate this movement in song and motion. The band captured the emotions of the crowd, even as they performed classics such as a rebellious, heart-clutching 'Robbers' or light-hearted 'Girls.' 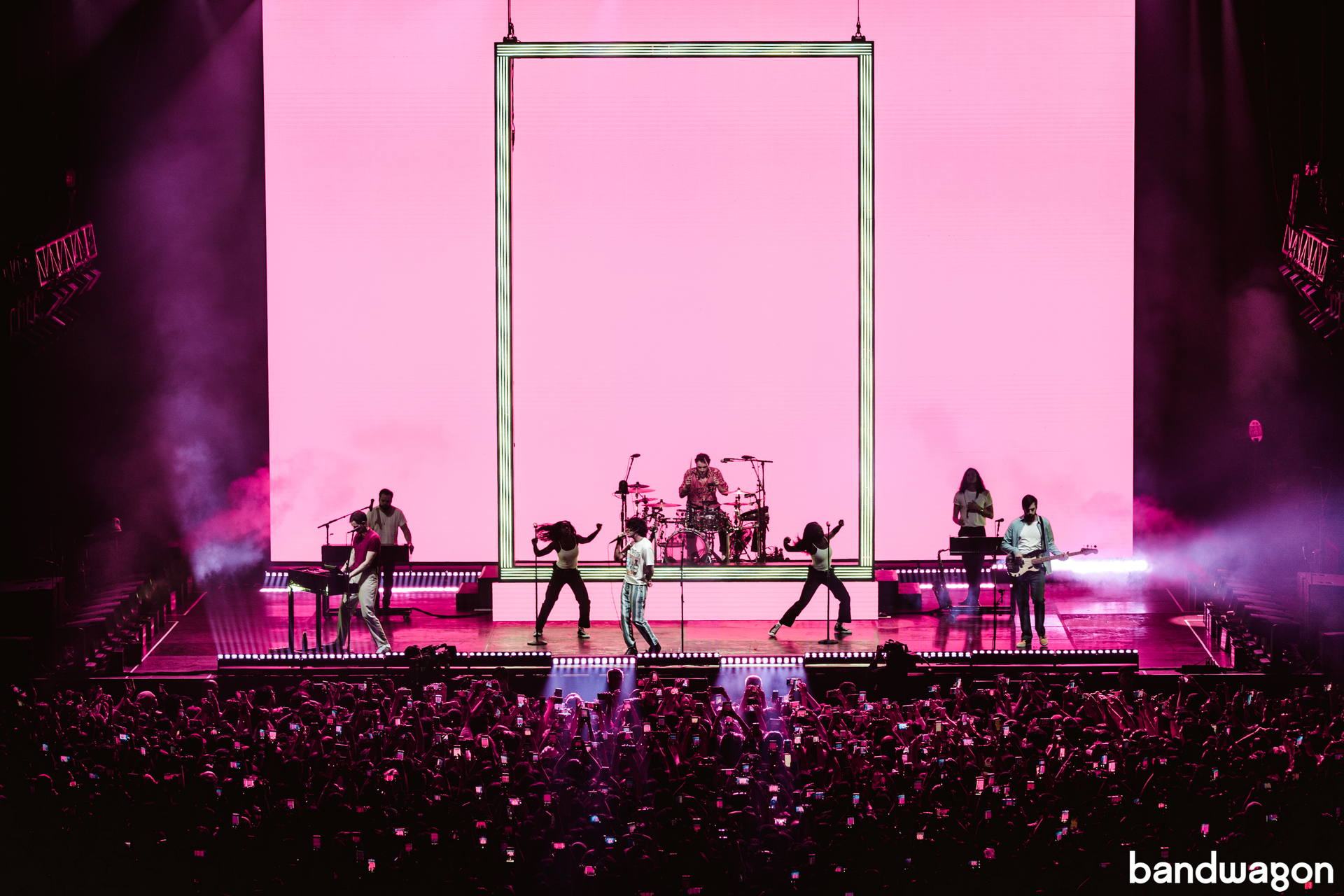 Reuniting everyone to be in their raw, true selves, they shared a collection of honest statements and during 'The Sound.' The evening was summed up in a 25-song setlist, but the band’s influence goes beyond it. With the promise of a return, we anticipate the next songs they release and ideas they contribute for the greater good of the world. 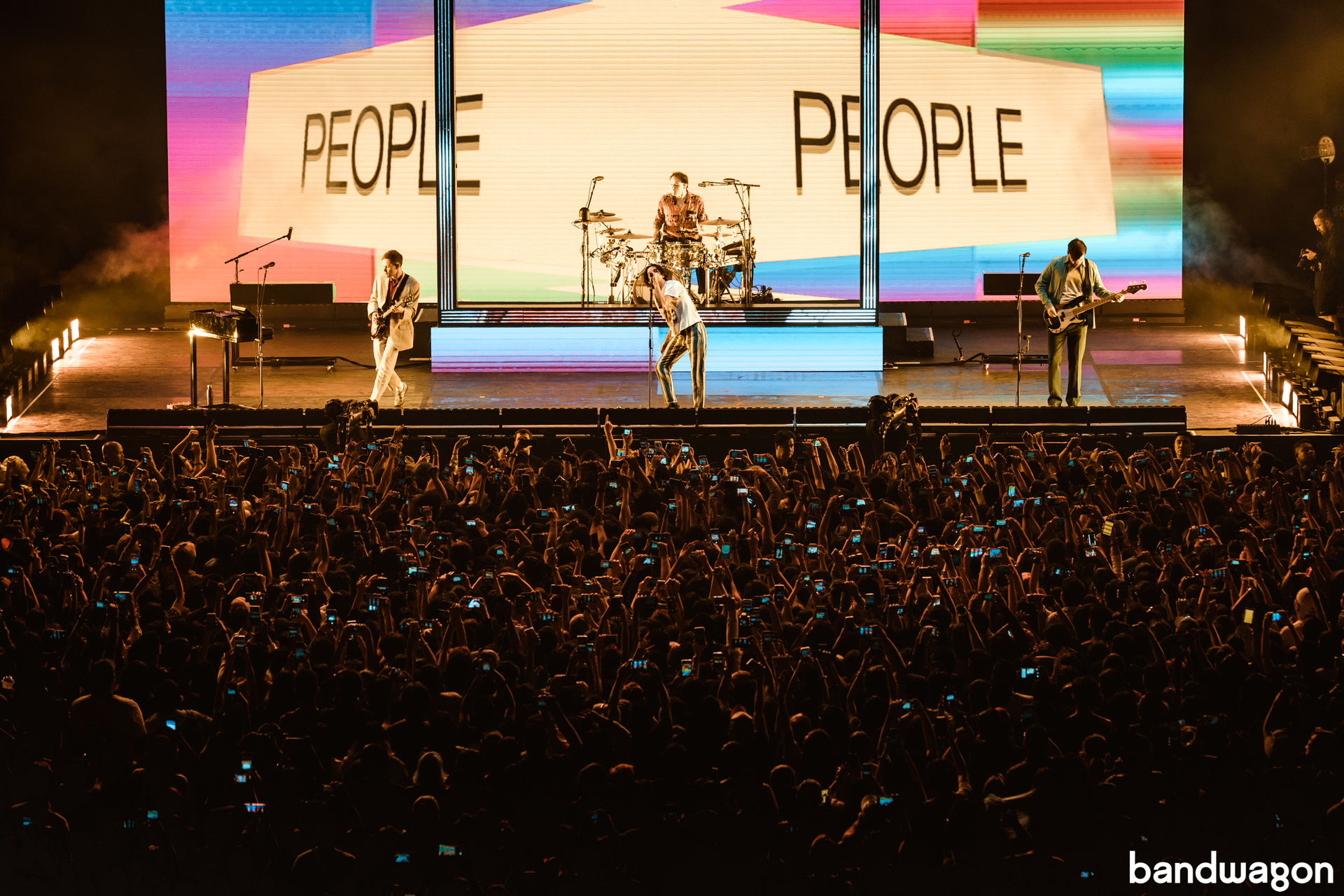 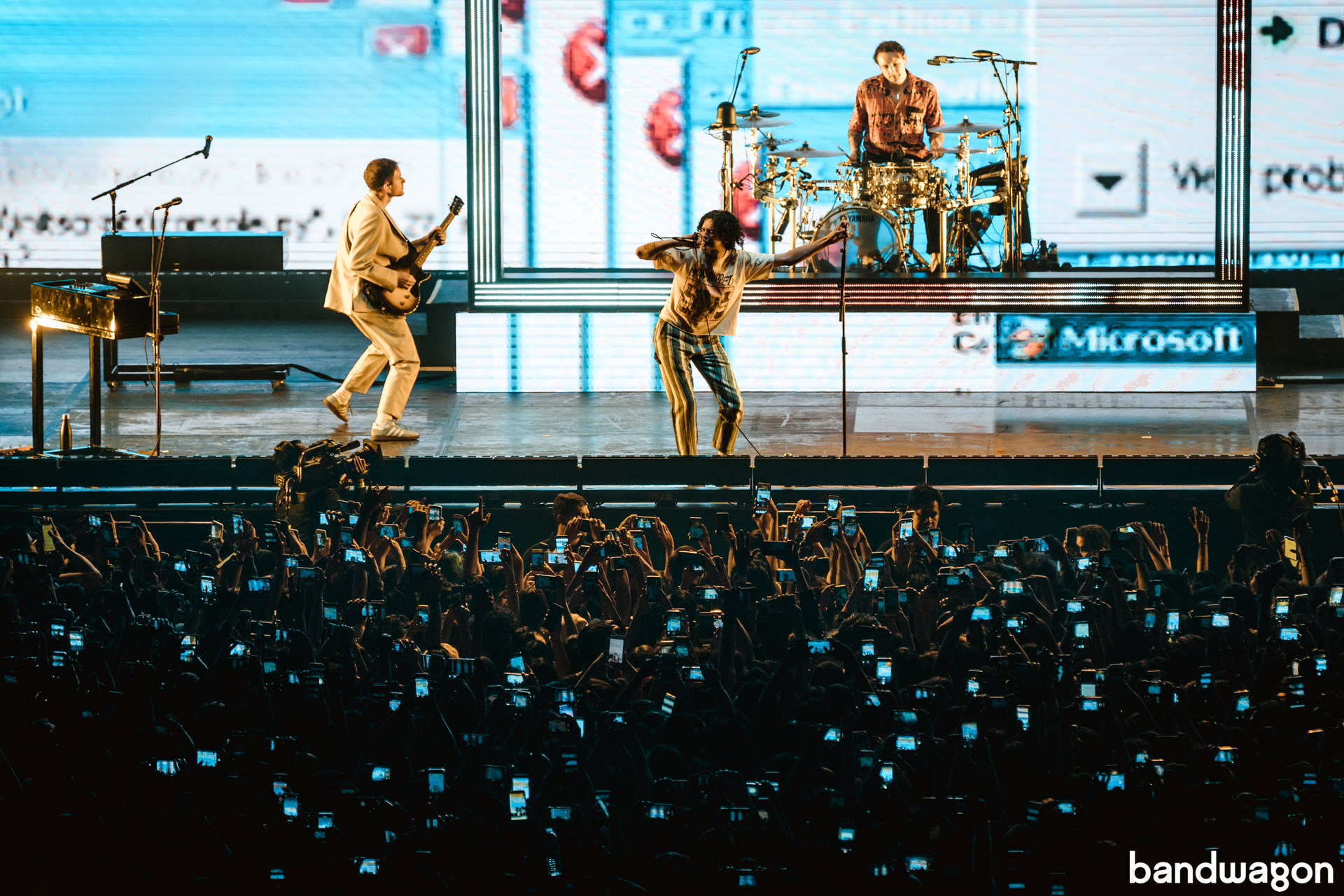 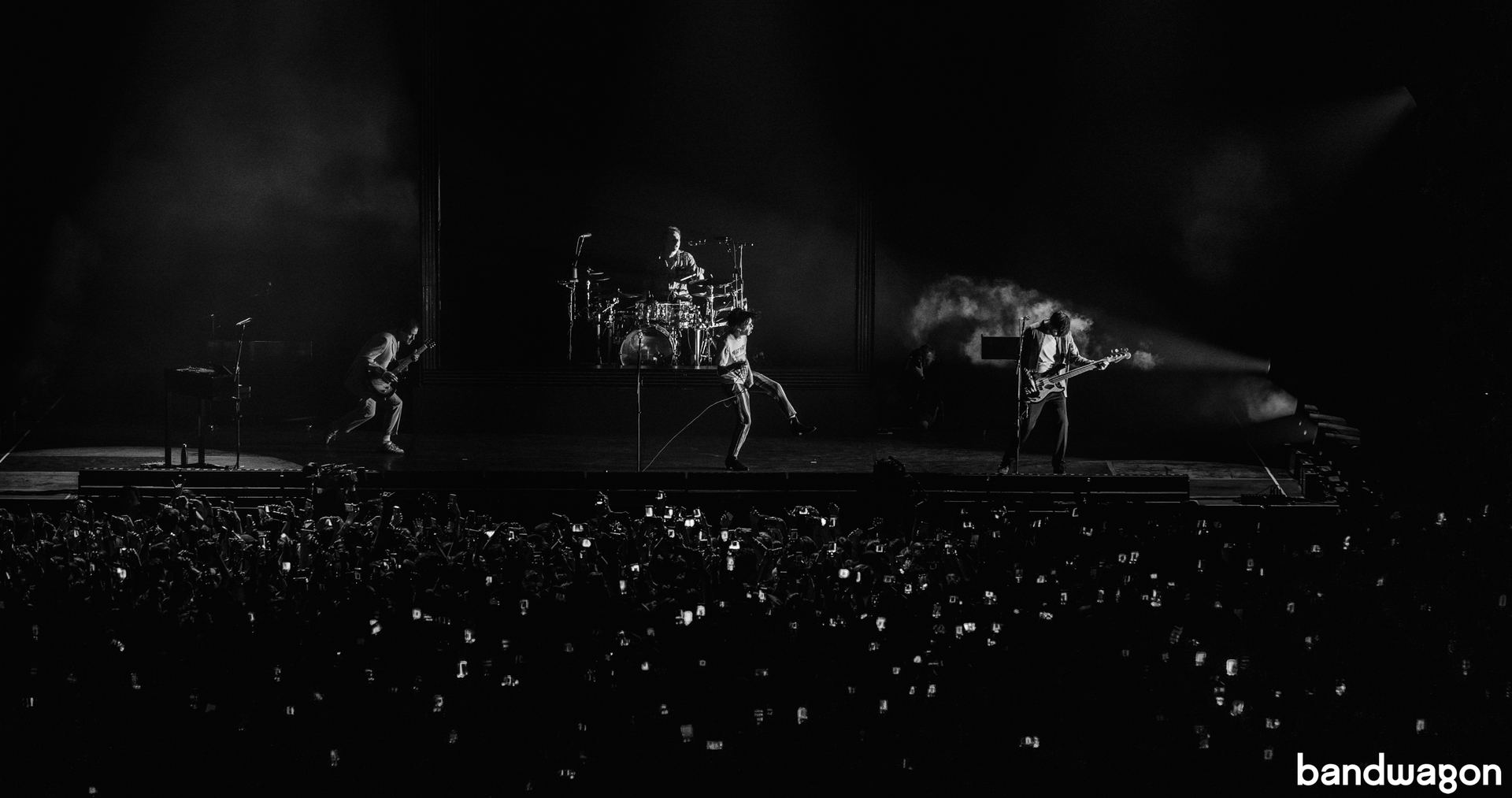 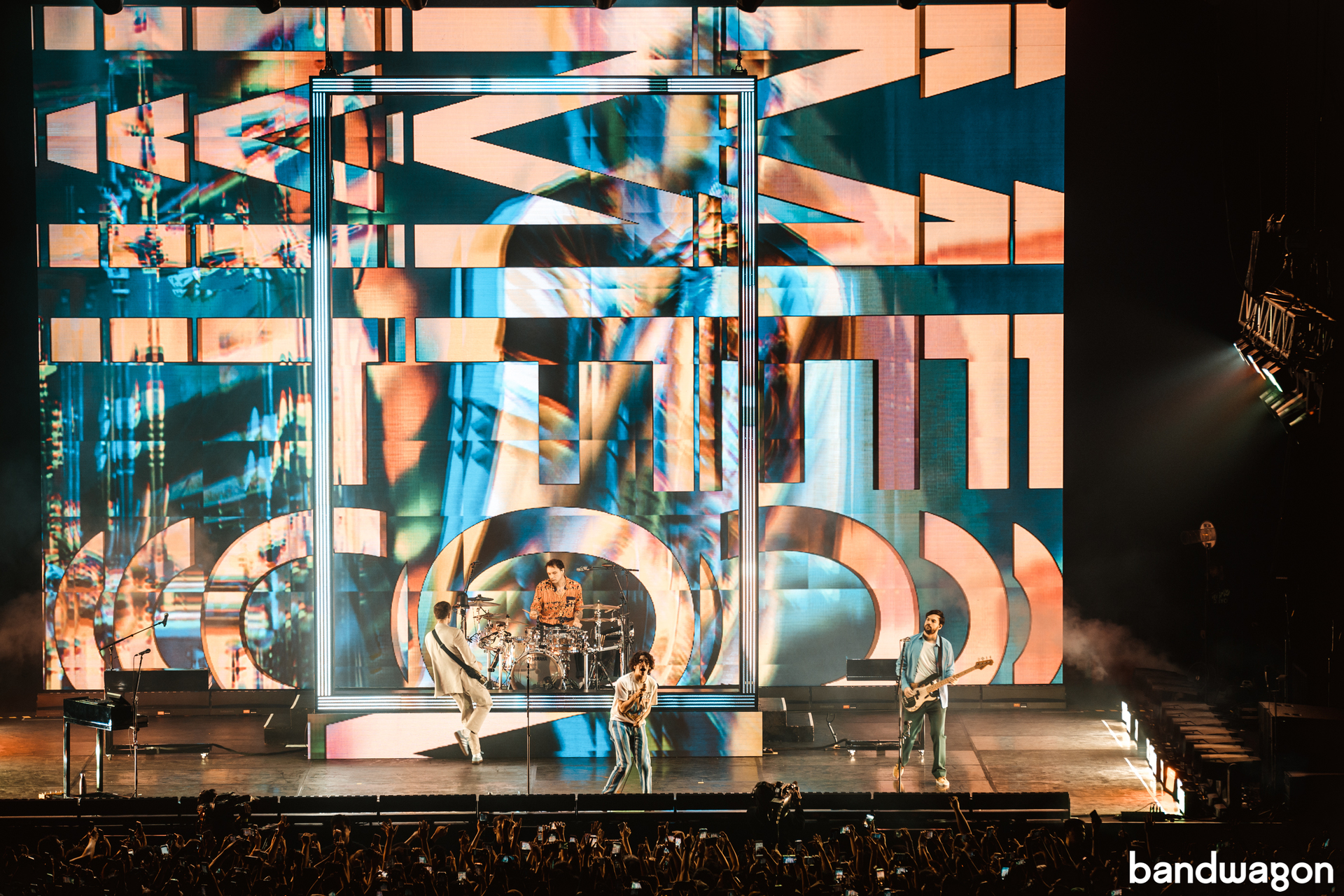 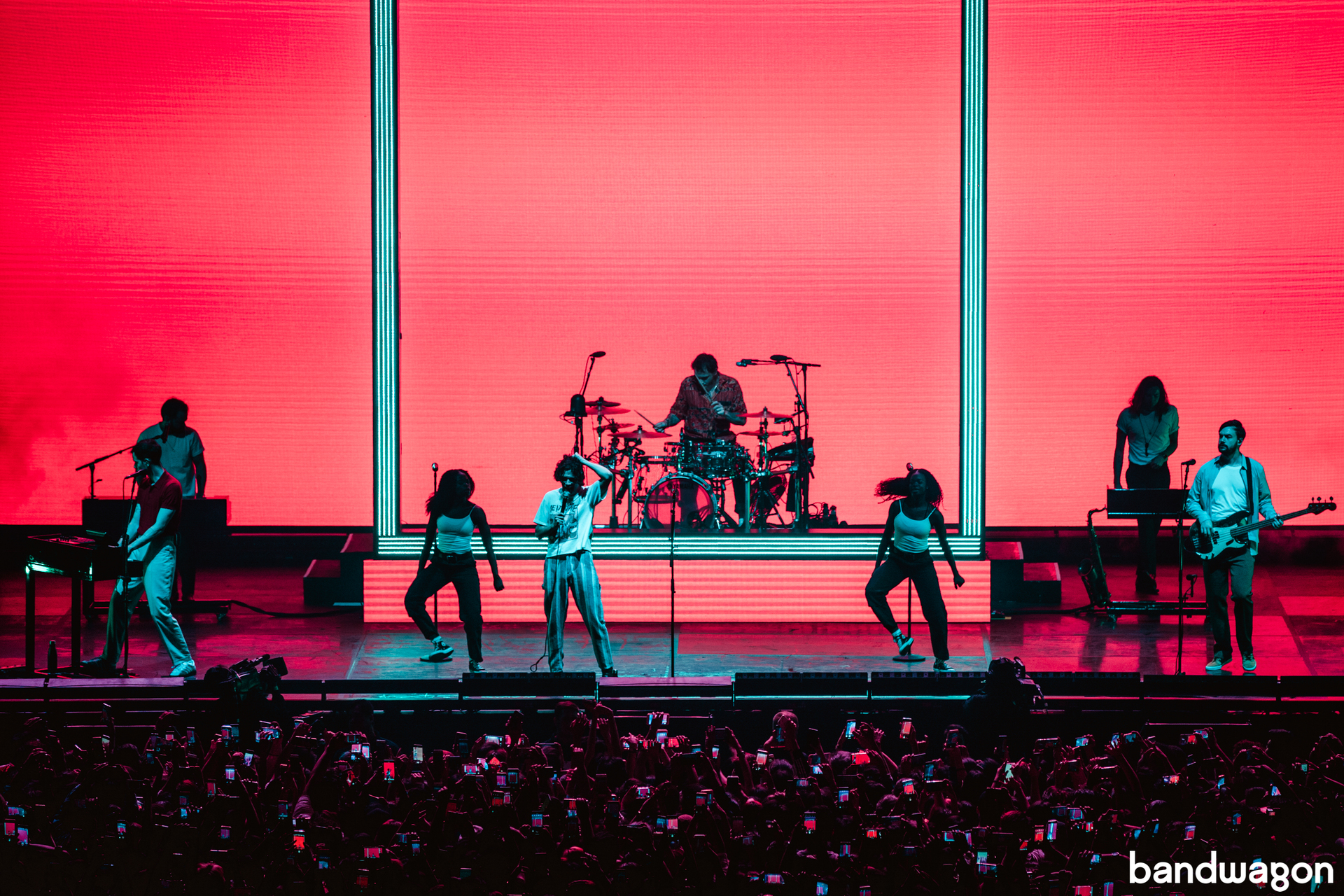 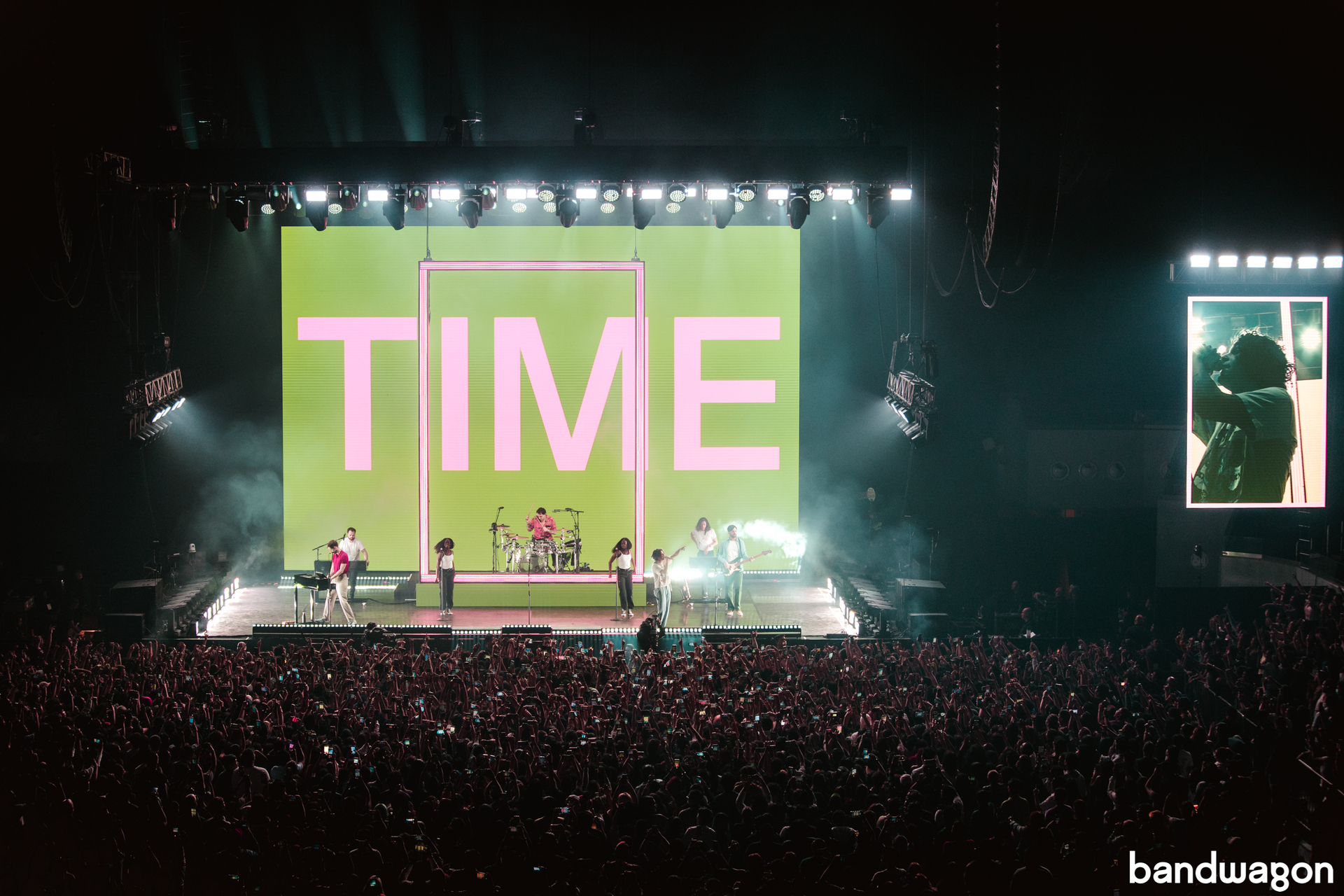 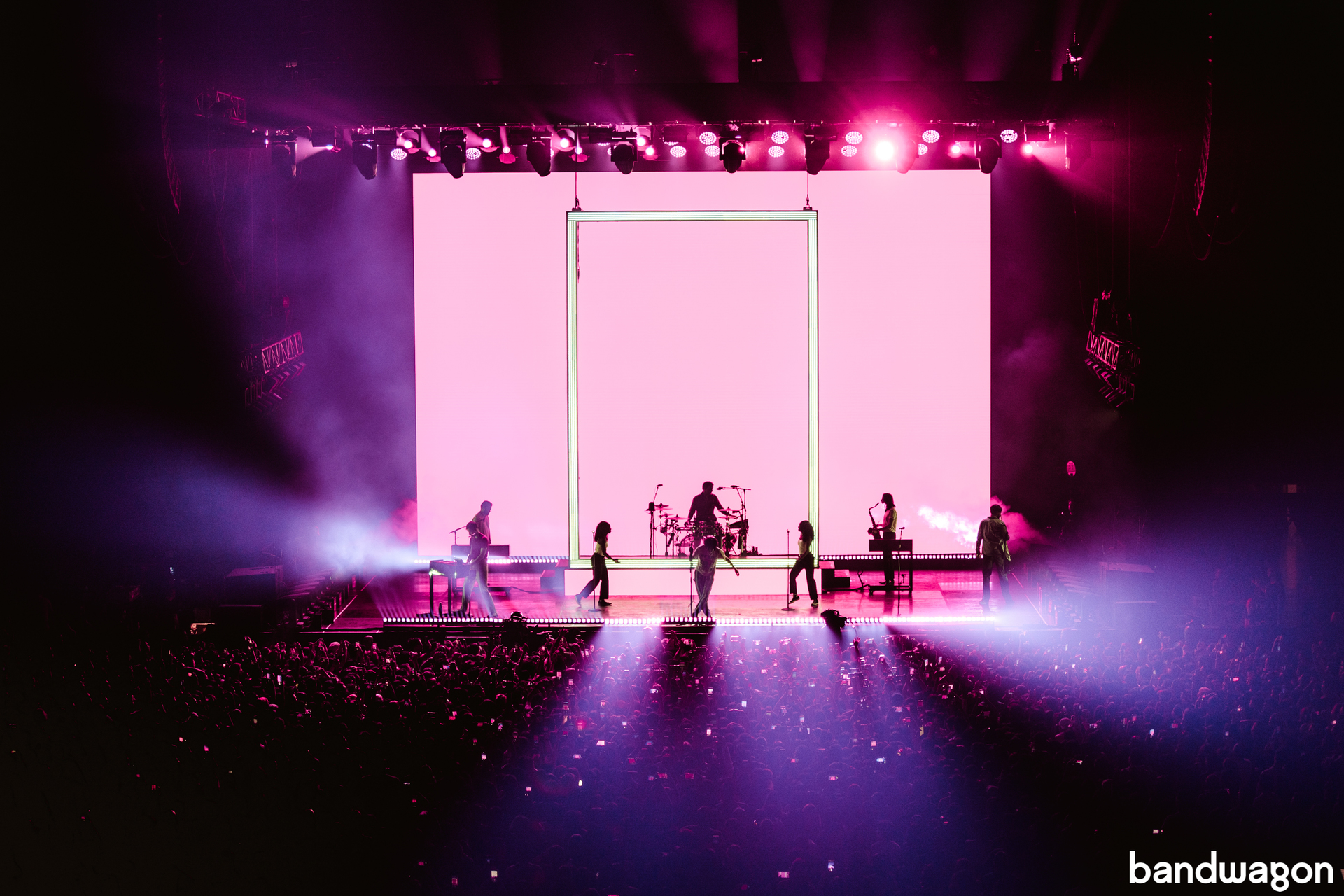 The 1975 Live in Manila was presented by MMI Live.