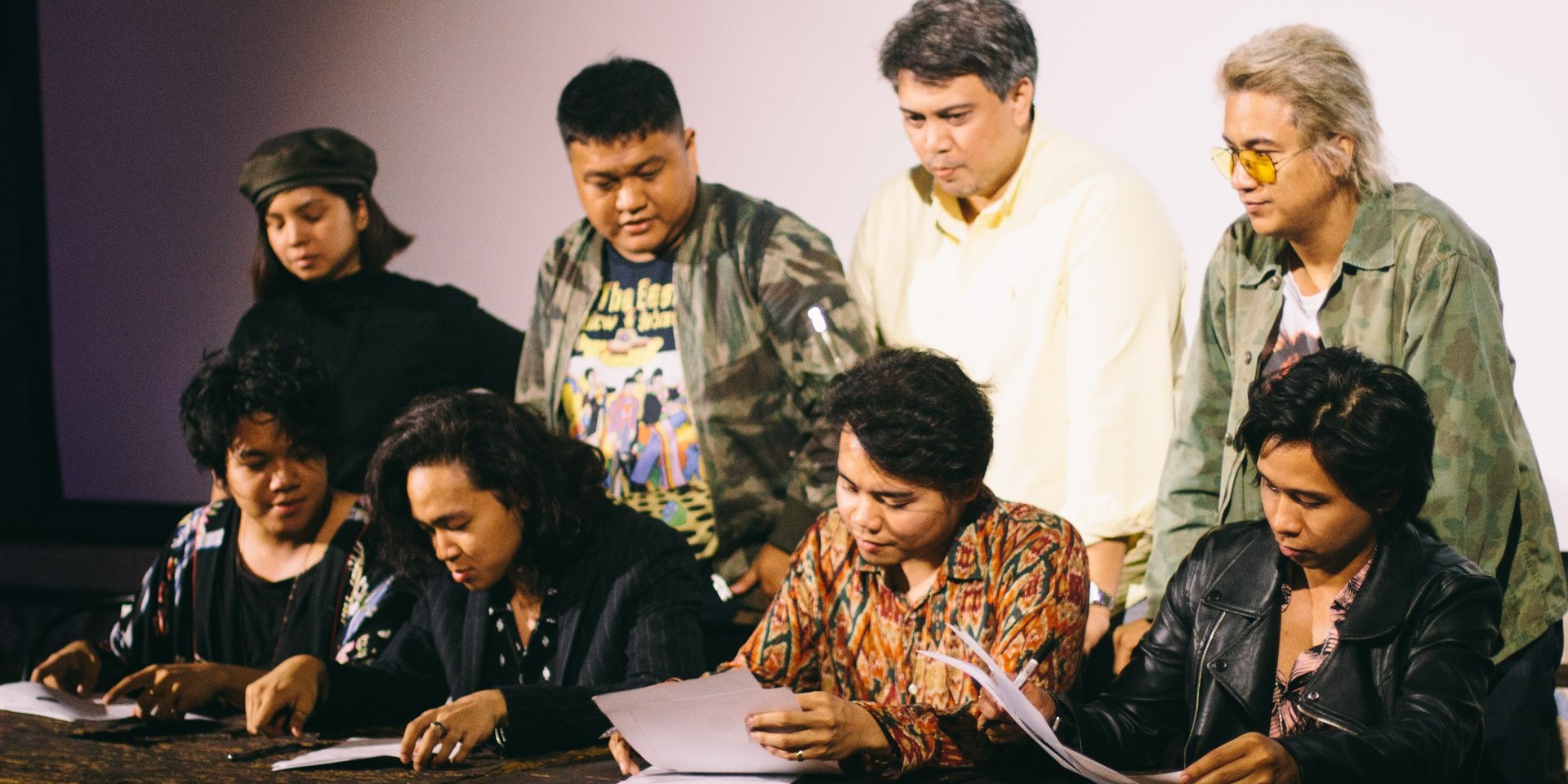 Filipino independent label Offshore Music have relaunched to put the spotlight on genuine, honest, and intelligent local acts and deliver their music through digital platforms and the resurging vinyl format.

Offshore Music began its rise in 2016, led by Filipino rock icon Ely Buendia, who also takes on the roles of sound engineer or executive producer during recordings. They were off to a good start with releasing Apartel's debut album Inner Play and Buendia's collaborative effort with the Itchyworms (known as EB X IW) on 'Lutang/Pariwara,' which was released on 7" vinyl in 2017. Unfortunately, their giant leap took off too soon and they found their finances dwindle before them. This year they've recouped and are now representing a slew of fresh artists. 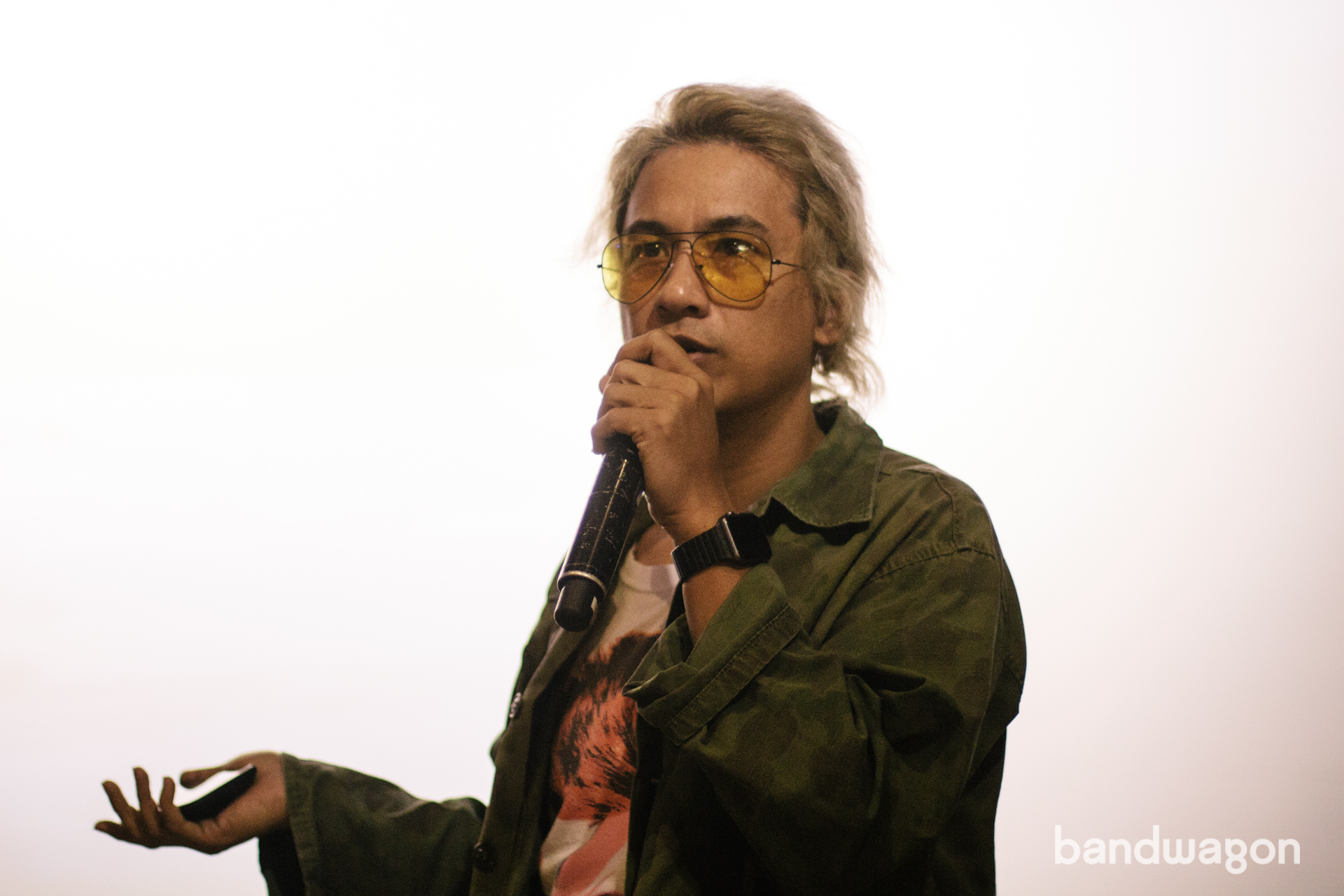 "We actually have a very small stable so far. We either met the artists organically, or through friends. (It's not as if) we heard about them, went to their shows, then signed them," Buendia reveals in a press release. "We pick the ones that we believe in, and whose music we like. We don't sign anyone we know we can't support—as we have limited resources—and a small budget to work with." According to Offshore Music partner and Apartel drummer Pat Sarabia, to be part of the Manila-based label takes genuineness and the ability to produce intelligent and imaginative music.

During the label's recent press launch at El Calle Food & Music Hall in Resorts World Manila, synth-pop act One Click Straight confess signing with Offshore Music was all thanks to "divine fate."

22-year-old guitarist Sam Marquez recalls, "It's Pat [Sarabia], she was telling Ely about a band called One Click Straight. He listened to 'Small Talk;' he really liked our sound." He adds that the label invited the four-piece act to perform at Upperhouse and that Buendia approached them after their set. "Four years ago," Marquez admits, "I told my buddies, 'Man, I'm gonna play music until Ely Buendia knows our sound.' Four years after, it's WHAT!"

Since signing with the independent label, One Click Straight are now gearing up for the release of their first full-length album The Midnight Emotion. The no-walk-ins launch will be held at Route 196 in Katipunan on October 12 (Friday). Limited tickets are available via Offshore Music's website.

If there is one thing One Click Straight and fellow labelmates the Itchyworms and singer-songwriter Jun Lopito appear to agree on, it's that the key to writing good tunes is to be honest. "Be daring in some way," Marquez says. "People can see if something's genuine."

Lopito pitches in that we shouldn't be criticizing younger artists, but instead encourage them, because they are the future.

Sarabia tells the press that by going digital, the response artists receive is "really fast" and that through feedback from listeners, artists get an idea of which releases are the strongest. "There are no real downsides," she says. The platform Offshore Music has for its artists is simple: release digitally first, then on vinyl as a second or last option. In a press release, the label revealed that while distributing vinyl may be costly, they are looking into "lowering the costs of the albums so younger people could afford them."

Buendia compares the process of putting music out today from his days as label manager for the defunct BMG Records. "We try to get feedback before releasing the album. [We'd hold] listening parties. We would send demos to friends, post some online. It's been very helpful." Today, it all comes down the streams and sales of digital downloads and how tracks are doing on the charts. "That's what I meant when I said that there are things that stay the same. That's how you gauge an artist's success," he adds.

They all work together to produce the music, while giving the artists free rein on their songs. Buendia says, "It makes sense that we would like to collaborate with our artists. The best to do that is have them record in my studio. Since I know its ins and outs, and I know how to get the sound we want."