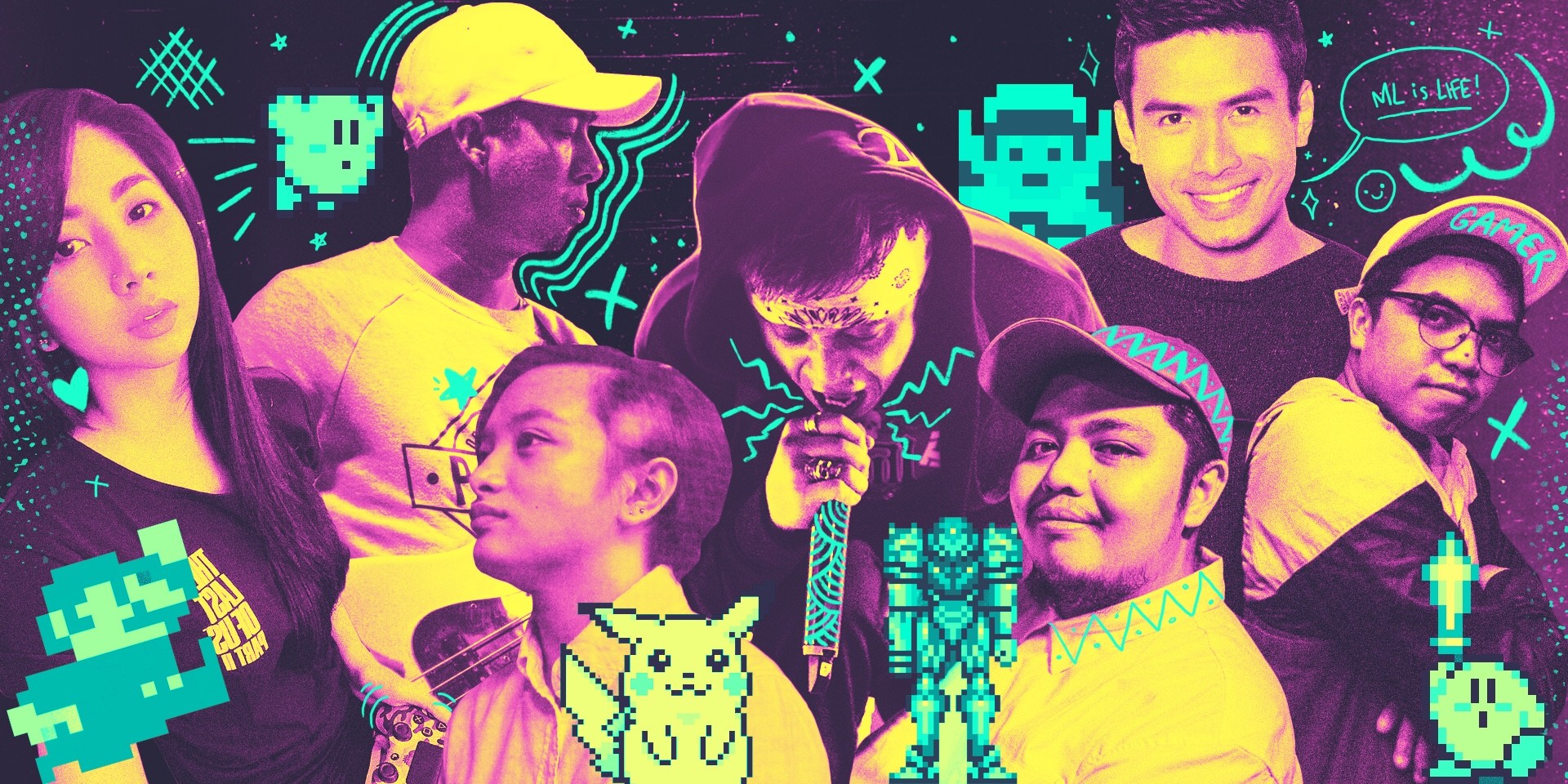 It really sucks that gigs have been canceled indefinitely, but that doesn't mean we're eternally stuck in this reality.

Thanks to the coronavirus pandemic and the lockdowns that came with it, numerous Filipino musicians have been trapped at home. While a bunch of them have been writing and recording new tunes or offering lessons and music services, a lot of artists have also begun sharing their video game explorations with fans to keep their sanity intact.

Between streaming virtual shows to catching up with fans, here are 10 Filipino musicians who've taken over the digital realm of video games.

Queso and WilabaliW frontman Ian Tayao is a beast onstage and behind his massive PC setup. Since gigs have been canceled, he's been streaming playthroughs of Grand Theft Auto V, Outlast, and Call of Duty: Warzone.

It's no secret that Ben&Ben have been incredibly busy playing virtual gigs, but in between sets and interviews, percussionist Andrew de Pano makes sure to slip in a few hours on mobile and Nintendo Switch games.

Fall Guys has been all the rage these days, and Maude and AOUI bassist Glenn Calingasan and a bunch of his friends in the music scene have been pushing through the crazy fun game. Besides Fall Guys, Glenn also plays Remnant: From the Ashes, Dead By Daylight, and Call of Duty: Warzone.

Filipino cosplayer and Midnight Meetings vocalist/guitarist Ashley Gosiengfiao is no stranger to the world of video games. In fact, she's been playing first-person shooters and RPGs for most of her life. These days, you'll find her streaming VALORANT and League of Legends: Wild Rift.

There's a new player in the streaming game—Jet Danao of December Avenue. The Filipino drummer, who recently released his debut solo single 'Kahapon,' started streaming his Left 4 Dead and Mobile Legends sessions on his page BushidO. in July to get through these troubling times.

Horizon is out on Steam finally!!! After I finish downloading, goodbye werld. jk lang I'll stream this this weekend!~ let's play together! follow and get notified: https://t.co/6EOSENKGRT

if yalls like watching and laughing at noob peeps then I'm your gal haha pic.twitter.com/URPmd5jfeL

TheSunManager has given us soothing and feel-good music throughout the years, but lately has been taking followers on a whole new journey. From slaying zombies on World War Z to exploring the post-apocalyptic world of Horizon Zero Dawn, you can be sure to catch some exciting moments every time she streams.

While the entire world has been put to a halt due to the coronavirus pandemic, Asia's Romantic Balladeer Christian Bautista offers a look into another part of his life by streaming video games he's currently playing. Word on the street is, he's even influenced a bunch of other celebrities to pick up games too. These days, he switches a lot between Mobile Legends and Call of Duty Mobile, because while singing is life, ML is lifer.

Karacruz drummer Liezl Young, a.k.a Pakchakk, kickstarted the very first Mobile Legends tournament for Filipino musicians and their crew members. These days, she continues to stream and host gaming sessions with artists.

We have the capacity to live each day imagining what tomorrow will be like. And our imagination once gave rise to a rich, vibrant culture. But somewhere along the line, we lost sight of tomorrow.

When Degs de Guia isn't beating the skins off his drum kit, he's busy getting lost in the wonderful digital world of video games. He's currently in between the Norman Reedus-starring Death Stranding and Rainbow Six: Siege.

Thirds bassist Levi Reyes sometimes shows up on her partner and band manager, Sara de Guzman's streaming page to jump in on some battle and co-op games.