Bea Lorenzo is the burst of sunshine we all need right now.

You might have first heard of her through kalimba covers on YouTube, her debut folk single 'Ili (Hush),', her Coke Studio Season 3 stint with Clara Benin and Janine Teñoso, or her Bandwagon Brunch spot with Lola Amour and Pinkmen, but there's a lot more to Bea than you think.

Her soulful voice and playful melodies will certainly bring warmth to your hearts, and will keep doing so as her promising music career takes off even further with her smooth new single 'Imaginary Love.'

Bandwagon sat down with Bea Lorenzo to talk about her beginnings as a musician, signing with Funky Records, and more.

Why don't you tell us about your new single 'Imaginary Love'?

It feels like the first single. It feels like it's the first time I'm recording on my own, because all the releases prior to that were tied with third parties that had some level of control over the outcome of the music, so I had a hundred percent say on how it'd be recorded over what timeline.

It's been pleasant. It feels nice to have a say on when to release it, how long we take recording it.

When did you know you wanted to pursue music?

It was something that happened very slowly, actually. Even before I pursued music, I worked for an online music publication. Because of that, I was surrounded by a lot of artists, I got to go to a lot of concerts and music events. Slowly, I fell in love with the idea of making something out of my music. I got inspired also by the people I was able to interview and just the whole idea of it—selling your art, your music.

I feel like for the longest time I'd been pushing it away. Thinking like, "No, I can't turn music into a career." I grew up in a very traditional family with doctors for parents—even my lolos and titos, they're all doctors. I was supposed to pursue medicine. I feel like I was suppressing it for a long time before deciding that I really wanted to make a career out of this. 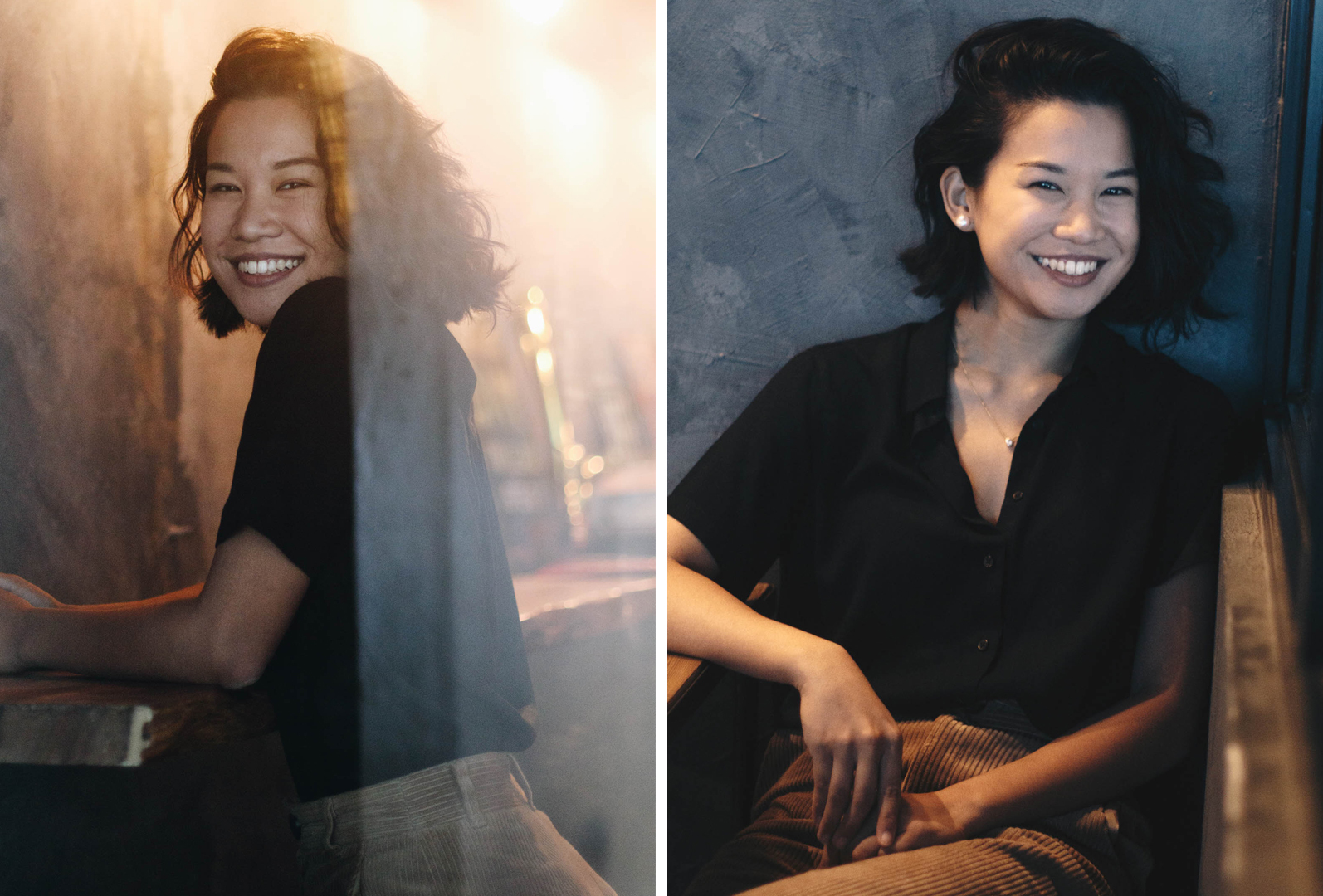 Songwriting came much later on. I got confident with songwriting in 2016. But what actually pushed me to take the leap and actually pursue it full time was also during work. I had this awesome boss, Sir Kiko (Francis Reyes of The Dawn), and amazing workmates.

Sir Kiko introduced this instrument to me, and it's called kalimba. It sort of became my identifier after that. A lot of people asked me about the kalimba and I would get featured in places because of it.

After that I started getting booked for gigs. Naturally I just felt, "Okay, this is where I want to put my time now." So I resigned from my job and decided it was time to try to make music work for me. That was the actual trigger. 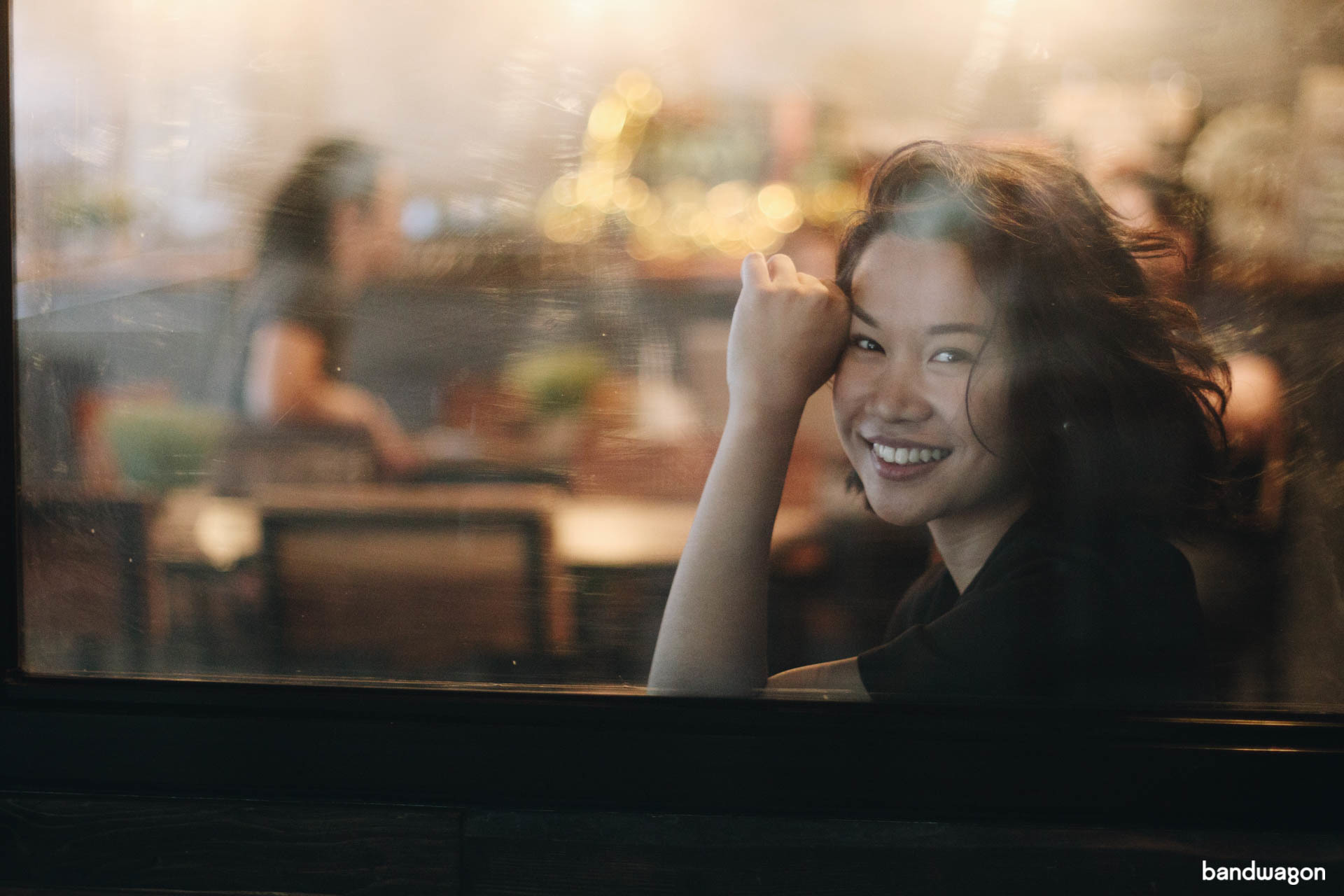 Did you interview anyone who inspired you to pursue music and give it a shot?

I remember interviewing Yuna. When I got to interview her, I found out that she's so chill, so normal. These artists are people who live normal lives and they're just easy to talk to. I felt like she just wanted to share her music. 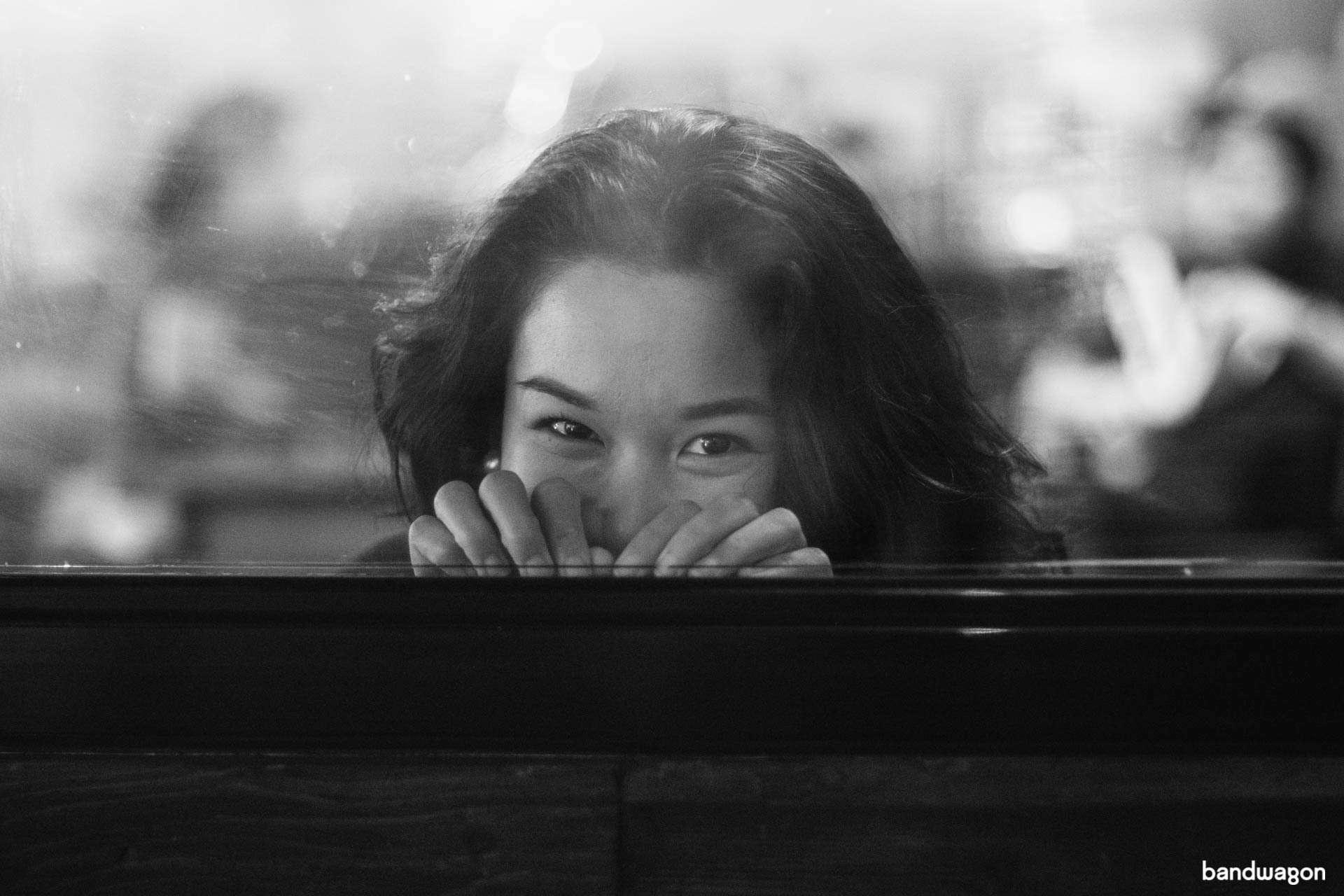 Who are your influences?

I always struggle with this question, because I don't think I listen to enough music to be able to pick right.

I feel like growing up, my tendency was to stick to one or two artists, so I could listen to the same song for two years. I'm very slow in digesting the music that I listen to. For a while it was mostly musicals like Sound of Music, Annie, Les Miserables. I think that was my first exposure to music through TV musicals and recordings of plays.

I think my first taste of pop music that I really fell in love with was Jason Mraz. Then eventually Adele—oh, and Taylor Swift! But it was really Jason Mraz and Adele who influenced my first wave of wanting to write a song. 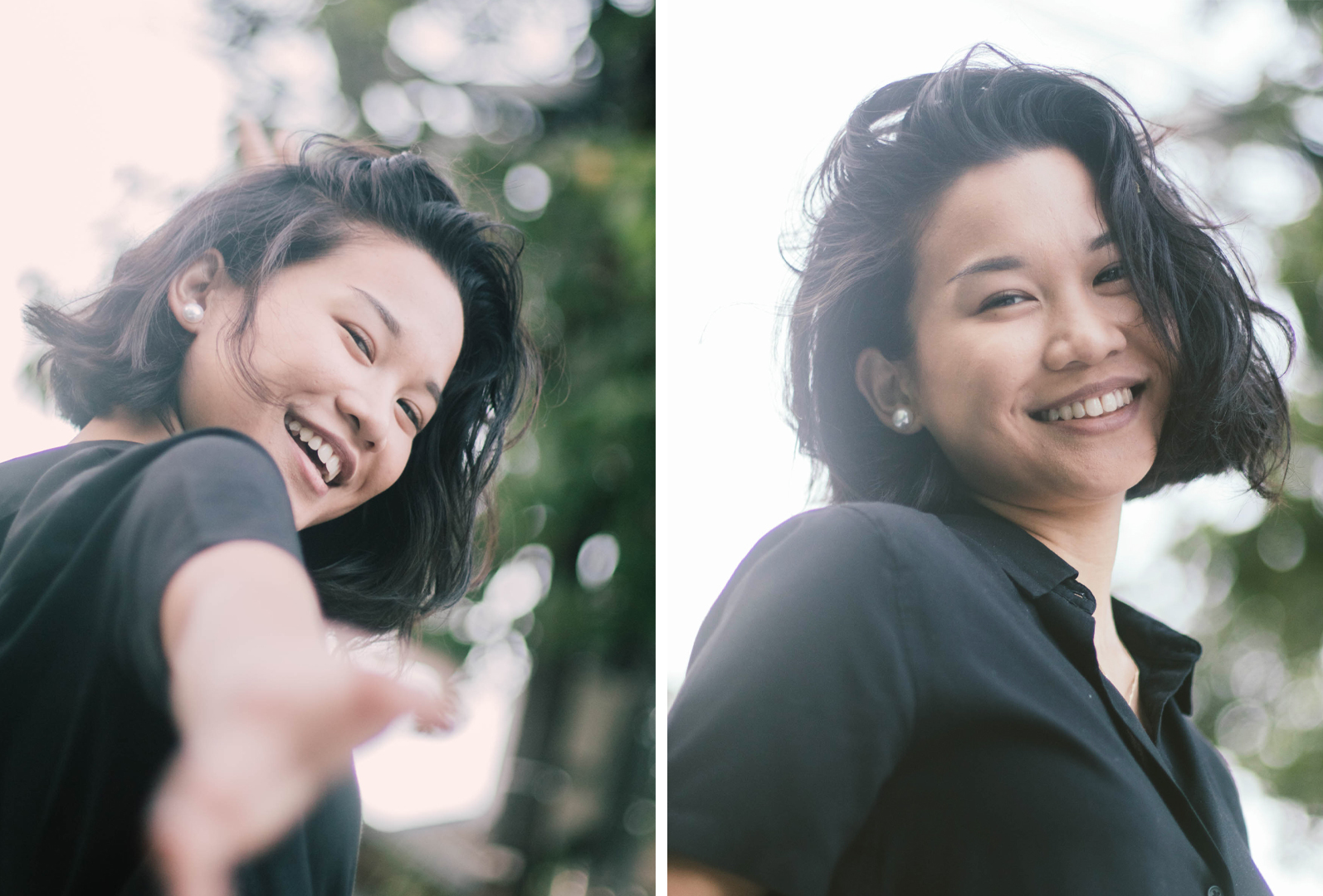 It was Jason Mraz who influenced me to pick up a guitar and try to sing elsewhere. I think it's because of Adele that I wanted to write songs, too. But after that I realized a lot of my influences are jazz singers like Sarah Vaughan, Diana Krall. I like the whole mood and vibe how they use their voices. It's like an instrument and I feel I like to channel that also when I make arrangements of different covers or write my own songs, as well.

Recently I've been into newer artists like Lianne La Havas, she's a British artist but she's actually half-Jamaican. She's really cool. I like the way she writes and sings. And also Beyonce's sister,  Solange. I super like how experimental she is with her music.

It's an active effort for me to get out and listen to more artists and I feel like I was able to do that with Spotify to discover new artists. 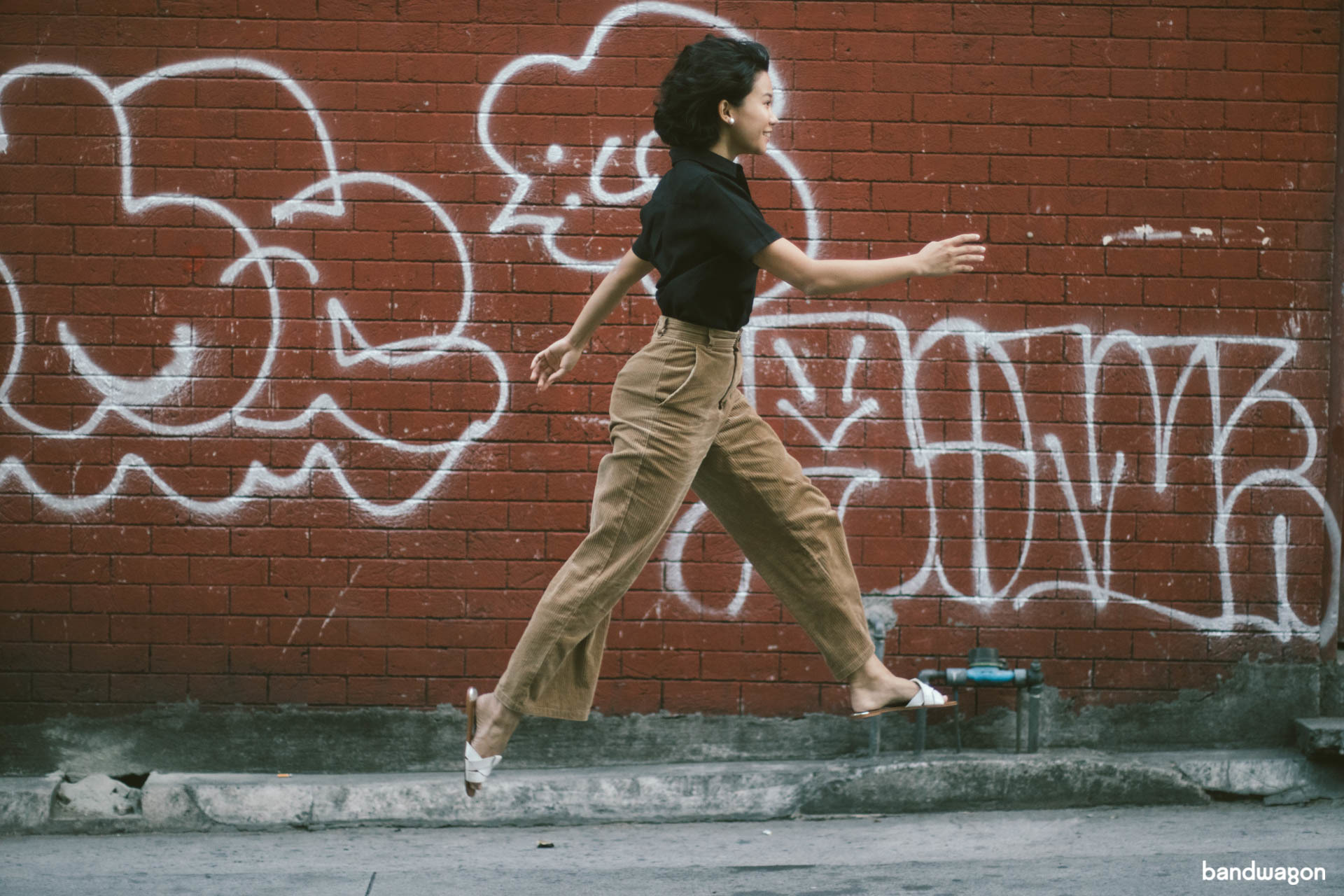 Besides the kalimba and piano, what else do you play?

I'm scared to say (laughs)! I'm very bad at guitar and I can only play the songs I used to play, whatever I memorized from high school. I picked up guitar to sing with it, but now I can't really play. I would say just piano and kalimba. Ukulele to a certain extent, too.

Piano is my primary instrument after singing. These days I do more piano in my sets than kalimba. Kalimba is just a small portion of my set. 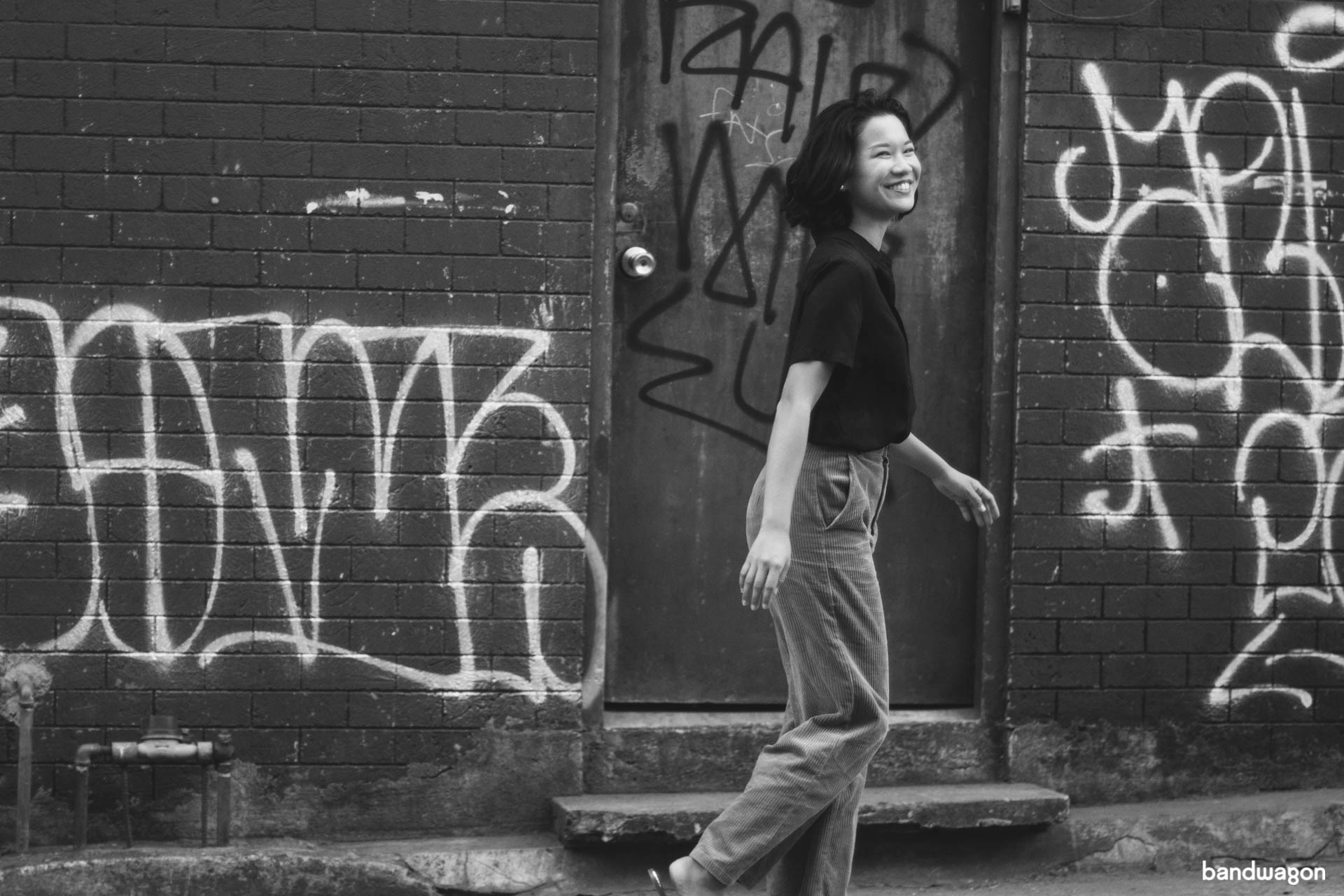 It was after a music camp in 2014. One of my campmates, Miguel Guico of Ben&Ben, he was part-organizing, I think. I got shocked because he told me about my covers. Everyone there was playing their own music and at that time, I wasn't writing my own songs yet. So I felt a lot of pressure after that to incorporate my own songs in my sets.

Do you have other interests that influence your music?

Oh, yes. It's weird to say but when I started writing songs, my motivation was to write something I could dance to.

I grew up a dancer. Ballet was my first love before music was. I did classical ballet for 13 years, and I'm in love with all these pieces of content on the internet of dancers doing lyrical dance, where they dance according to the lyrics and not just the beats.

I wanted to write something a dance could pick up and turn into their own piece also. I feel like a lot of times I measure how good a song is by how danceable it is. And that influences the way I write too. 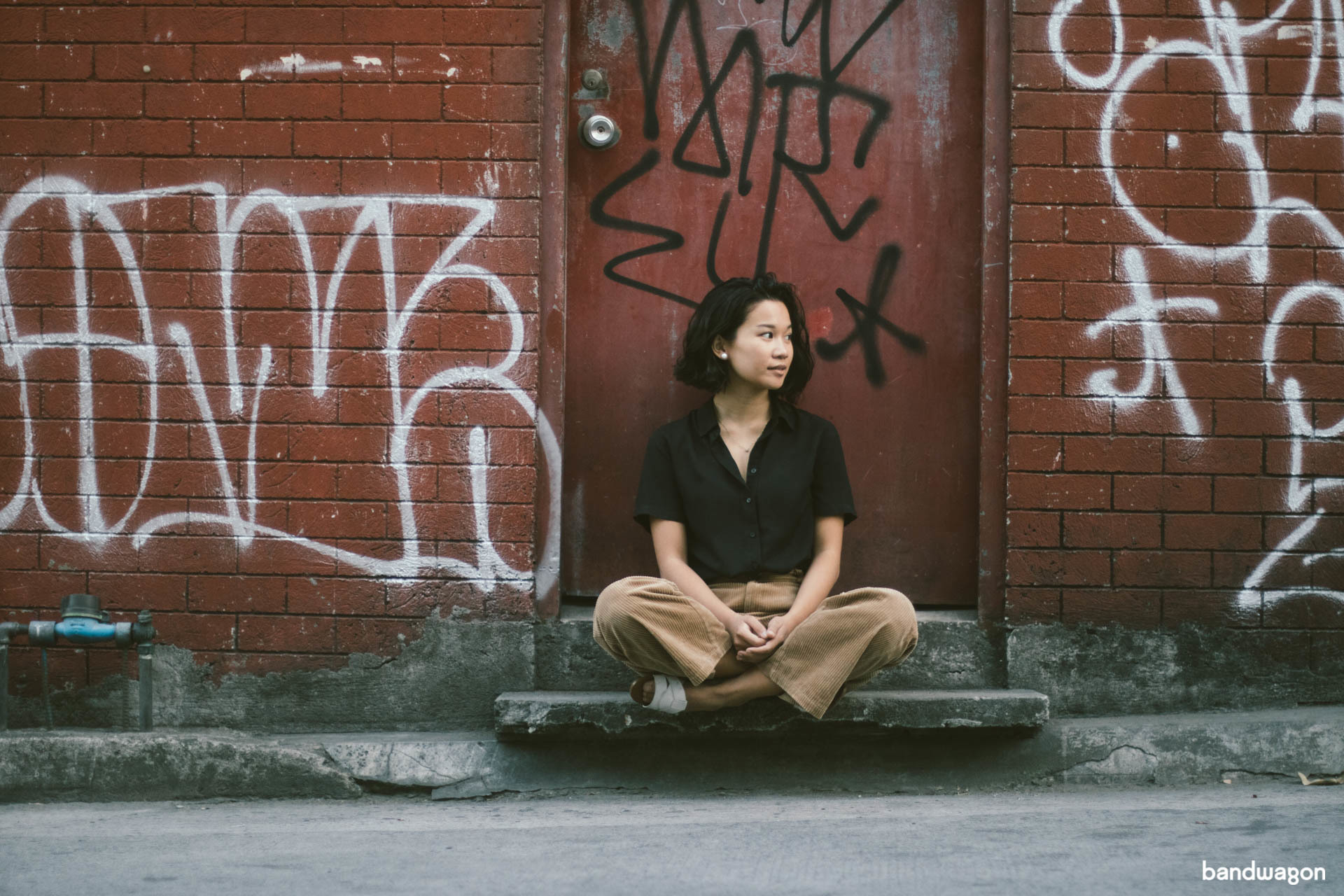 For 2020 it will be a lot of firsts—I'm working with Funky Records. I've never had anyone manage me. It feels weird getting things done without me having to micromanage. I think I'm a control freak when it comes to my work, especially my art, and I feel like I experienced it with a lot of people I had to work with in the past like producers, video directors, who were all amazing but I have a tendency to really supervise everything.

I feel like I found people I could trust in terms of the direction I want to go. I trust the way they're able to do things so far.

I do want to release a bunch of new singles this year. I'm aiming to release one in April, June, and August, hopefully. I want to compile at least three or four songs that I have backlogged as an EP maybe. I just have a hard time grouping them. It's hard to find two or four songs that really go together, but I think I'm getting there. I don't want to do singles forever.

Special thanks to Funky Records and Sisig Revolution.