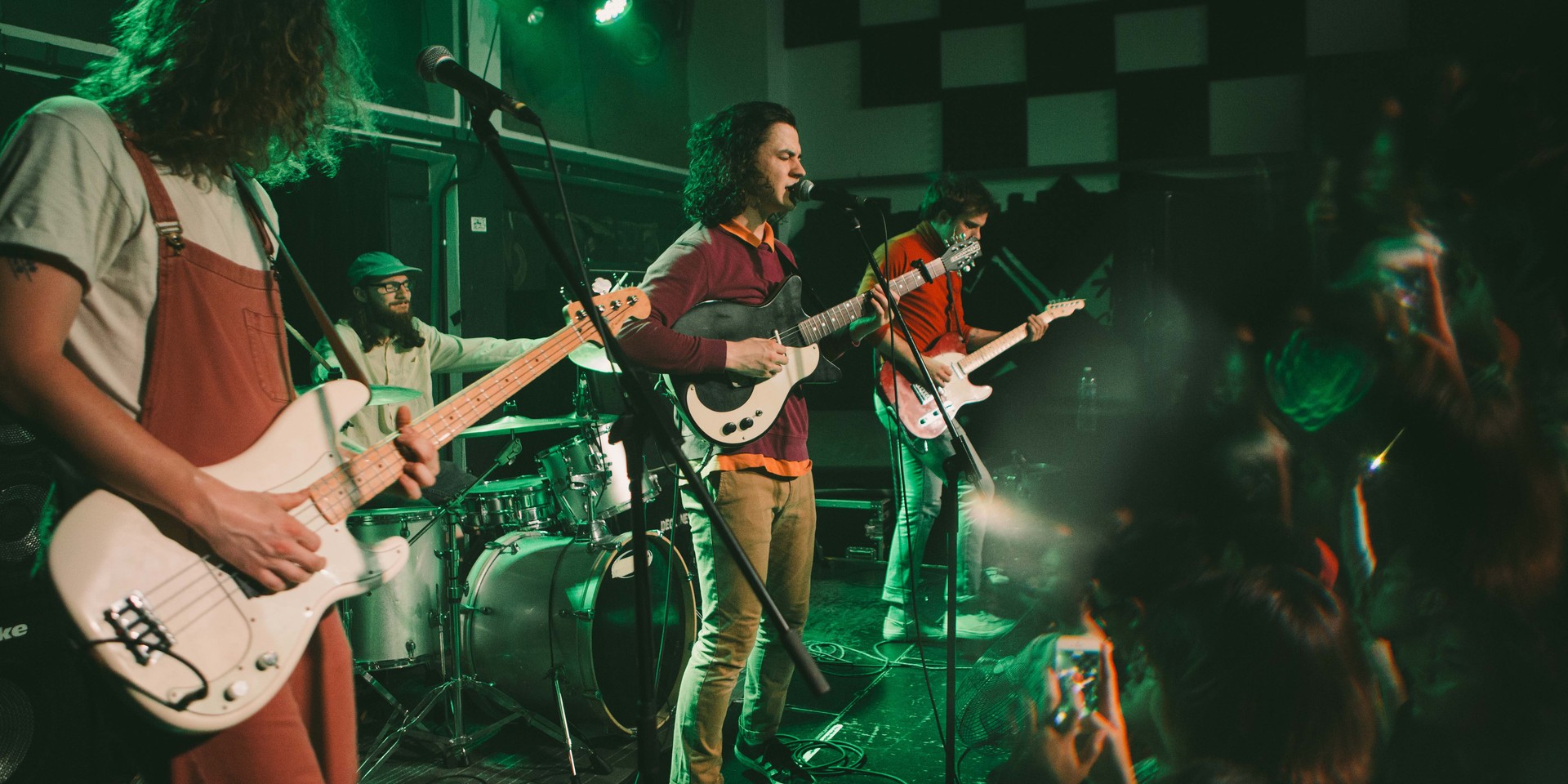 At a sweaty gig full of joyful youngsters, scenesters and hipsters, Peach Pit delivered not one but two thoroughly charming sets for their debut showing in Singapore at Geylang’s SLED Productions x Decline.

Since releasing their debut album Being so Normal late last year, the group has toured the world and gained quite the following for their easy, breezy indie pop rock that is just as appropriate on the beach as it is being played at a grimy house party.

Unprecedentedly selling out their first show (28 February), the good folks at Symmetry Entertainment added a second date the night after (1 March), making us very excited for what the band had to offer, and for how the crowd would respond. 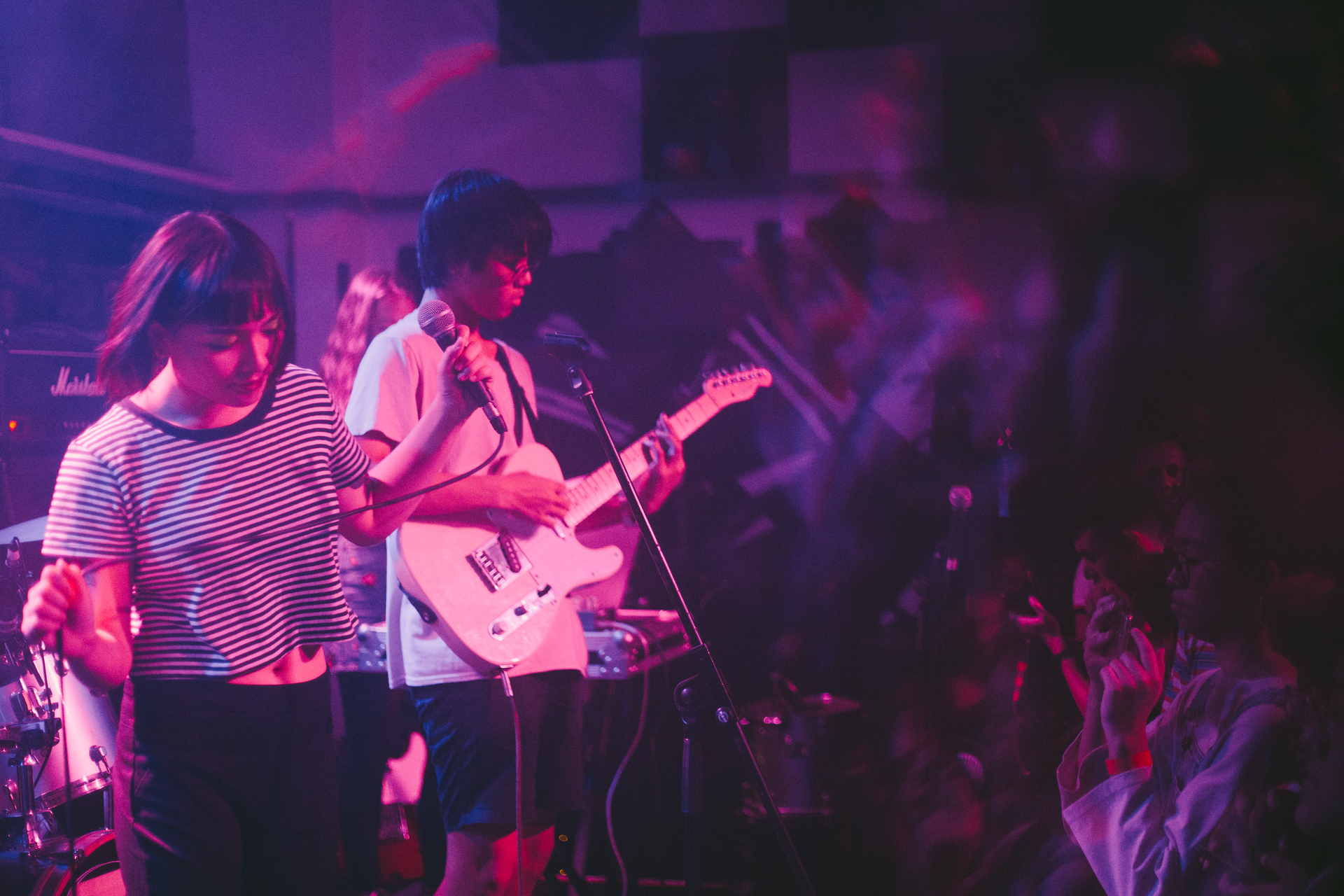 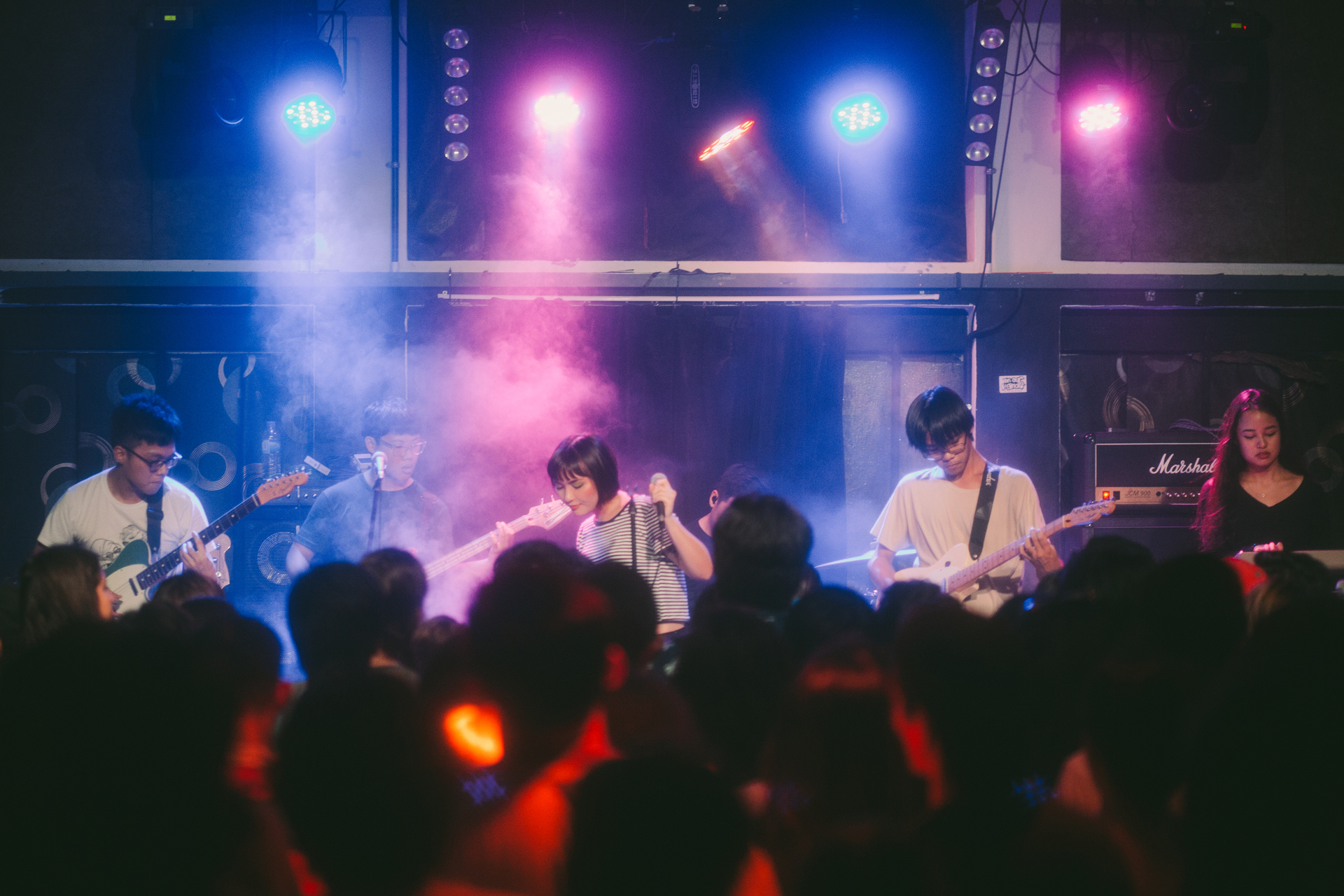 With local indie pop crooners Sobs kicking off the first night, and Pastelpower opening for the second, the upbeat, sweet tones of both bands were the perfect way to start the evening; putting smiles on gig-goers’ faces and loosening limbs.

By the time Peach Pit came on (early!), it was obvious that those in attendance were real fans. Loud and enthusiastic, the screams of joy and cheers of excitement were as palpable as the heat emanating off of everyone’s bodies. 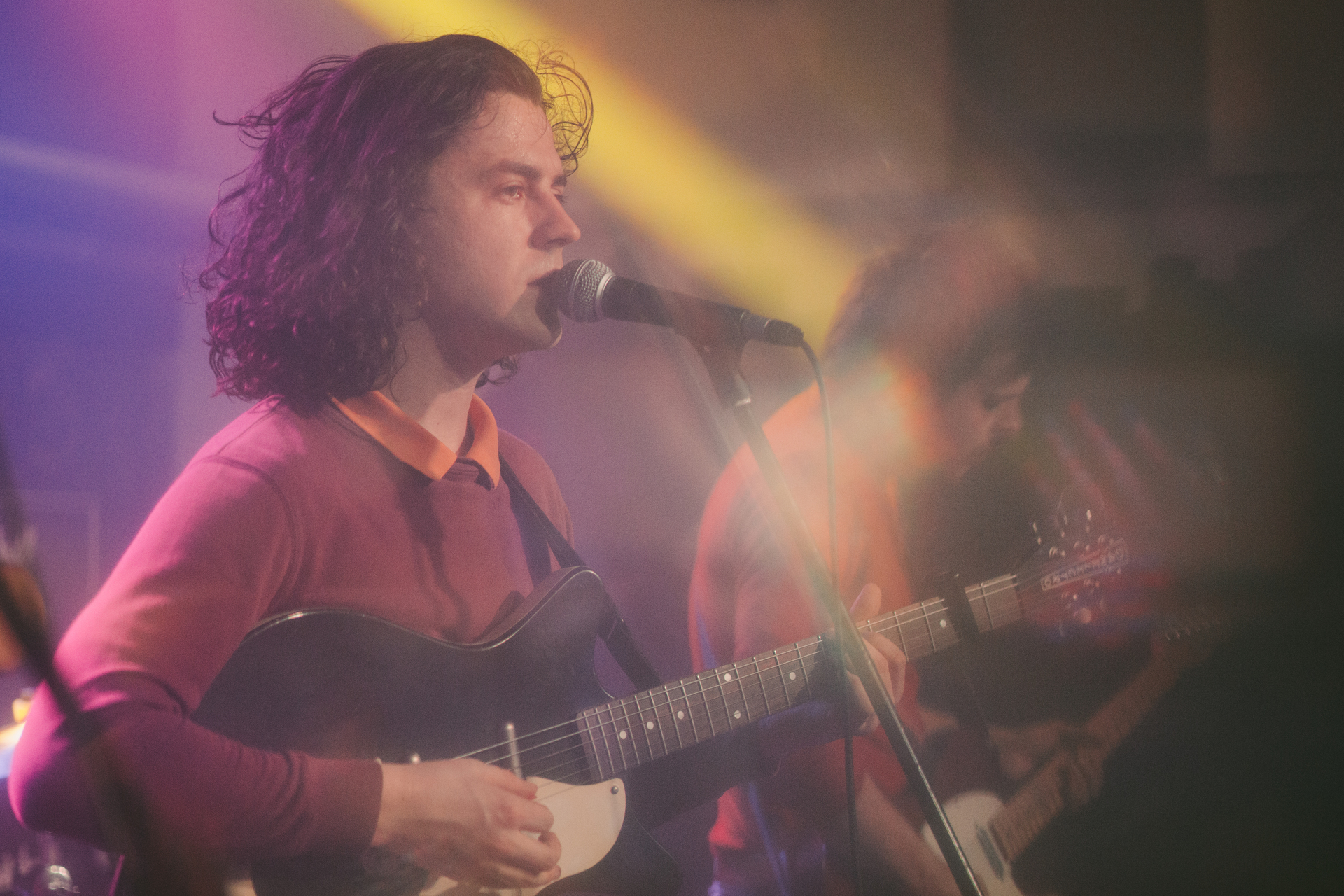 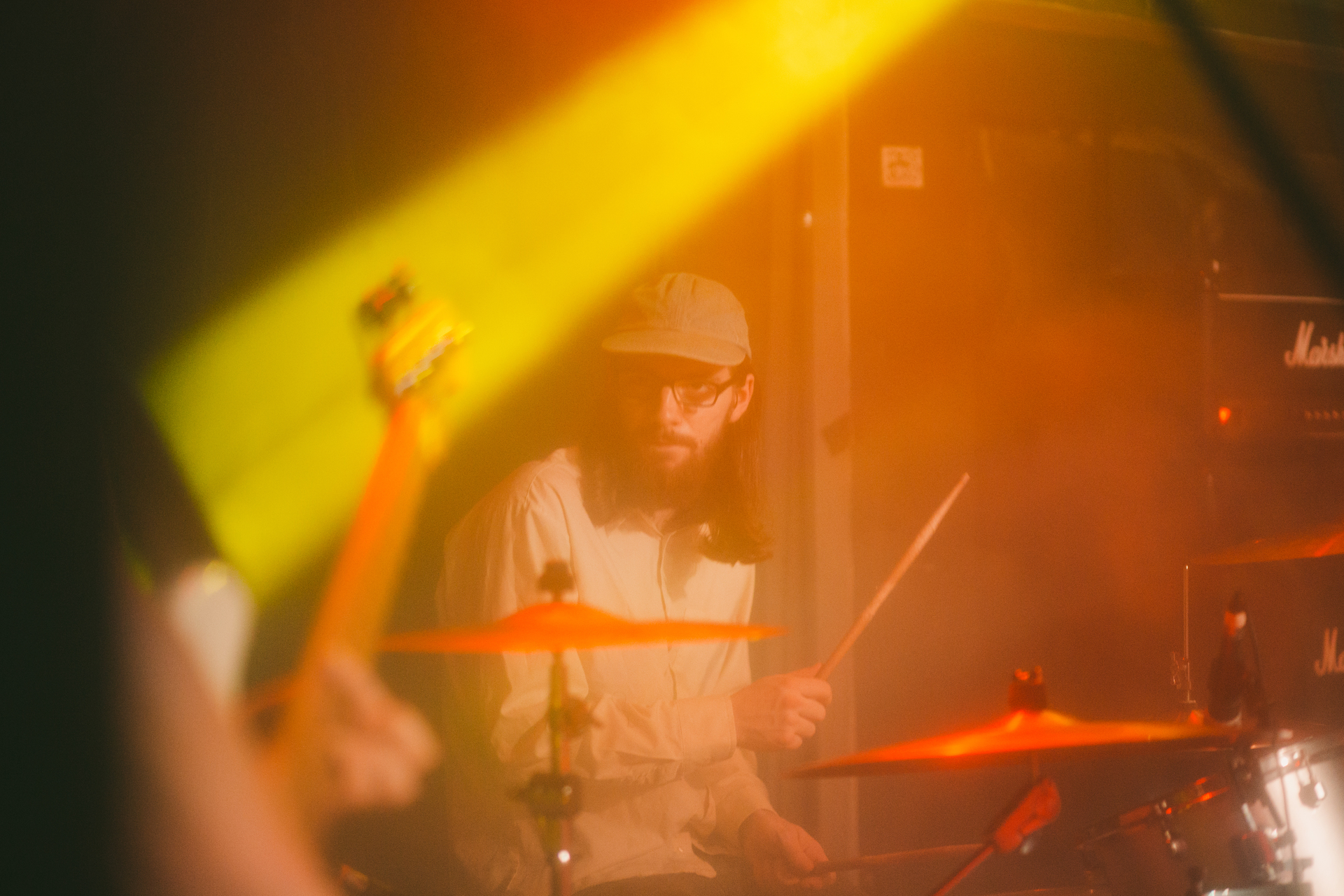 Then again, though, it’d be hard not to be happy when watching Peach Pit. With their mix of indie rock, pop, and rock-a-billy vibes — reminiscent of bands like Summer Salt, Homeshake and indie OG Mac DeMarco — their sound was undoubtedly perfect for the atmosphere that was Decline that night.

Given the lack of air-conditioning, the heat could have been a negative factor in other concerts, but only made Peach Pit's small and intimate gig all the more enjoyable, a throwback to the the sweaty affairs indie gigs should be. 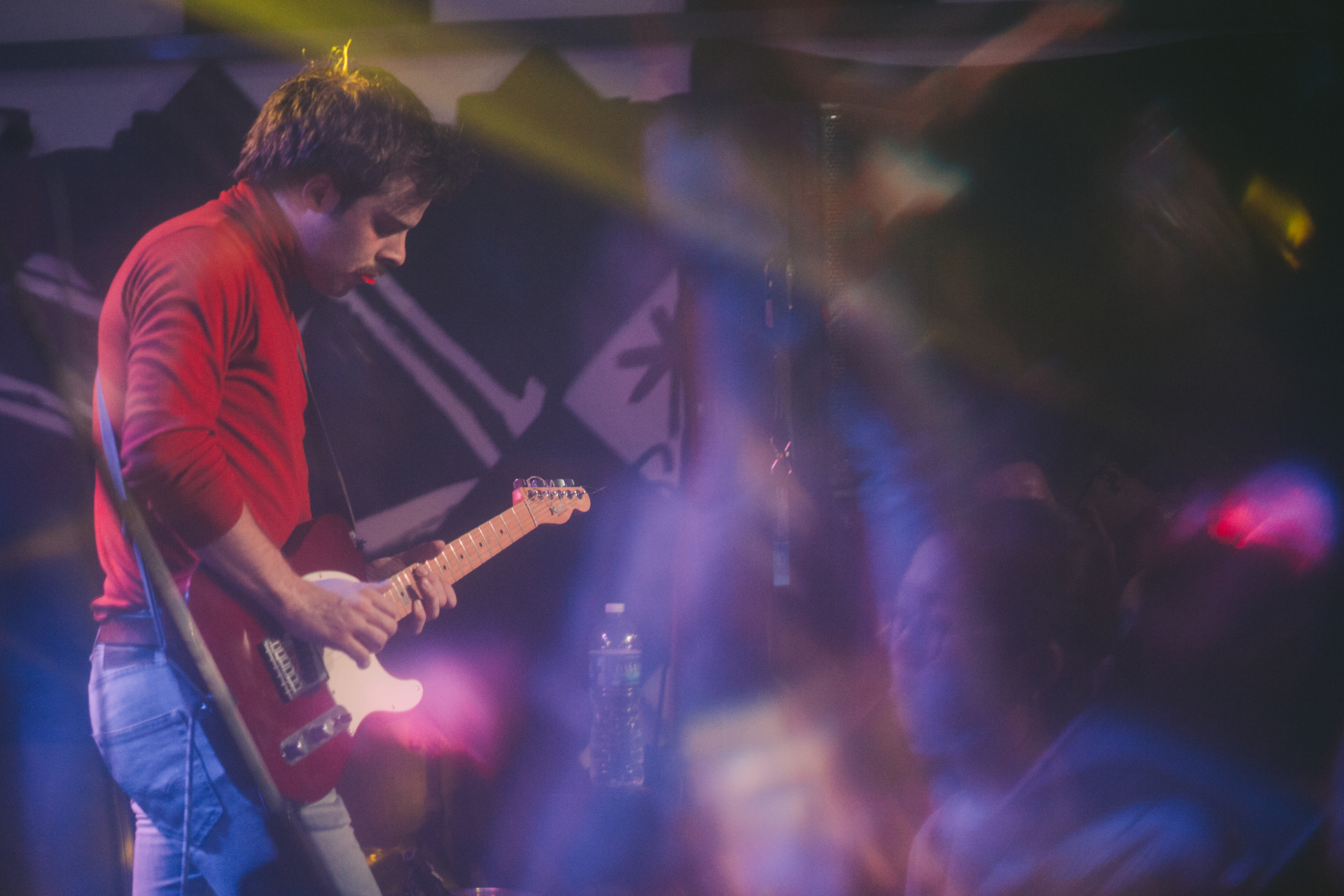 Perhaps it was the personal stories they shared between songs, perhaps it was their dungarees, perhaps it’s because the lads are Canadian — whatever it is, Peach Pit is not only gifted in making and playing good music, but putting on a good show where the audience can feel connected to the band.

It’s like that person we all know who is endearingly awkward, but makes you feel like you’re their best friend in a non-creepy way even if you’ve just met them. If that person was a band, they’d be Peach Pit, and it’s why they were able to get the audience moving, giggling and having an absolute blast. 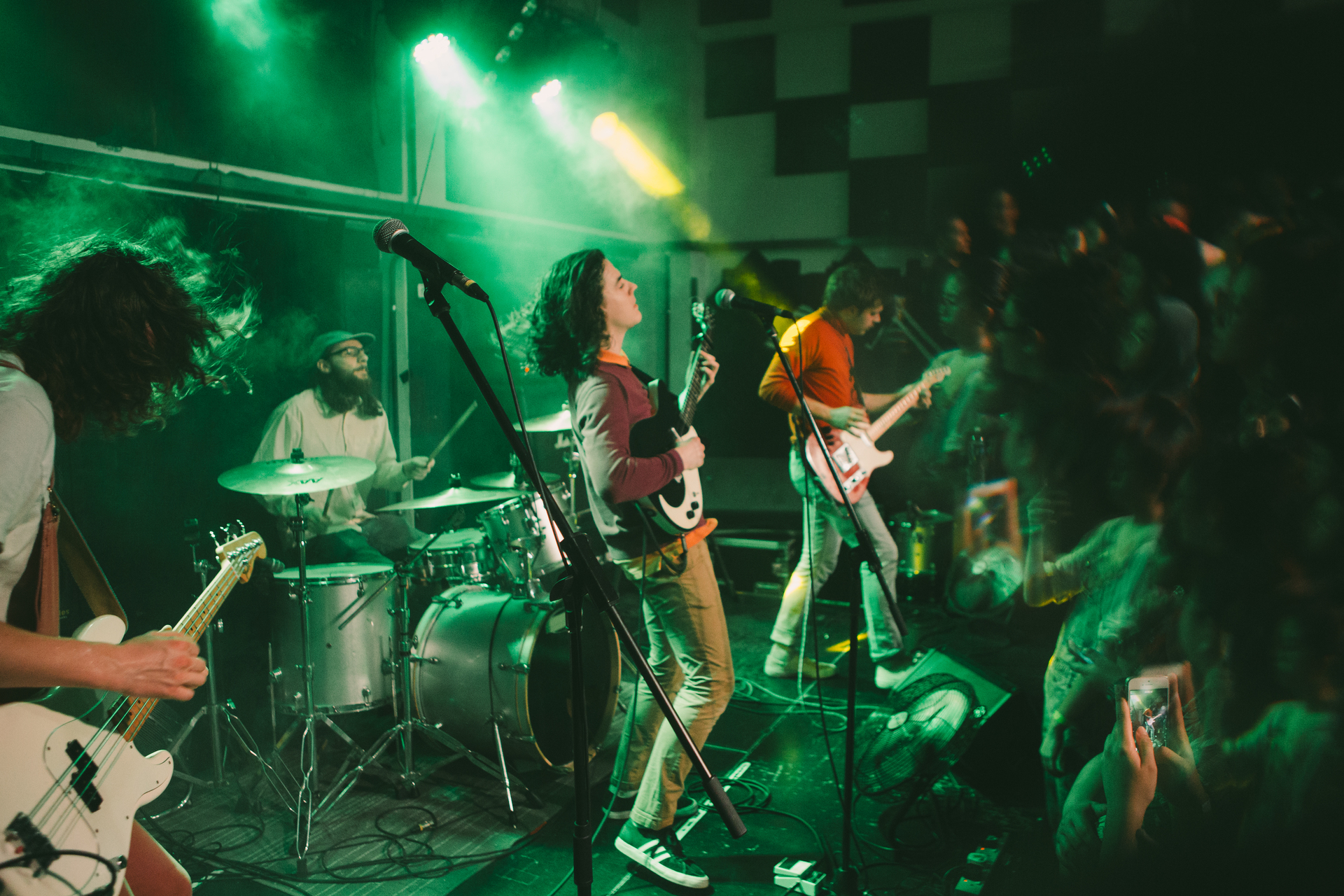