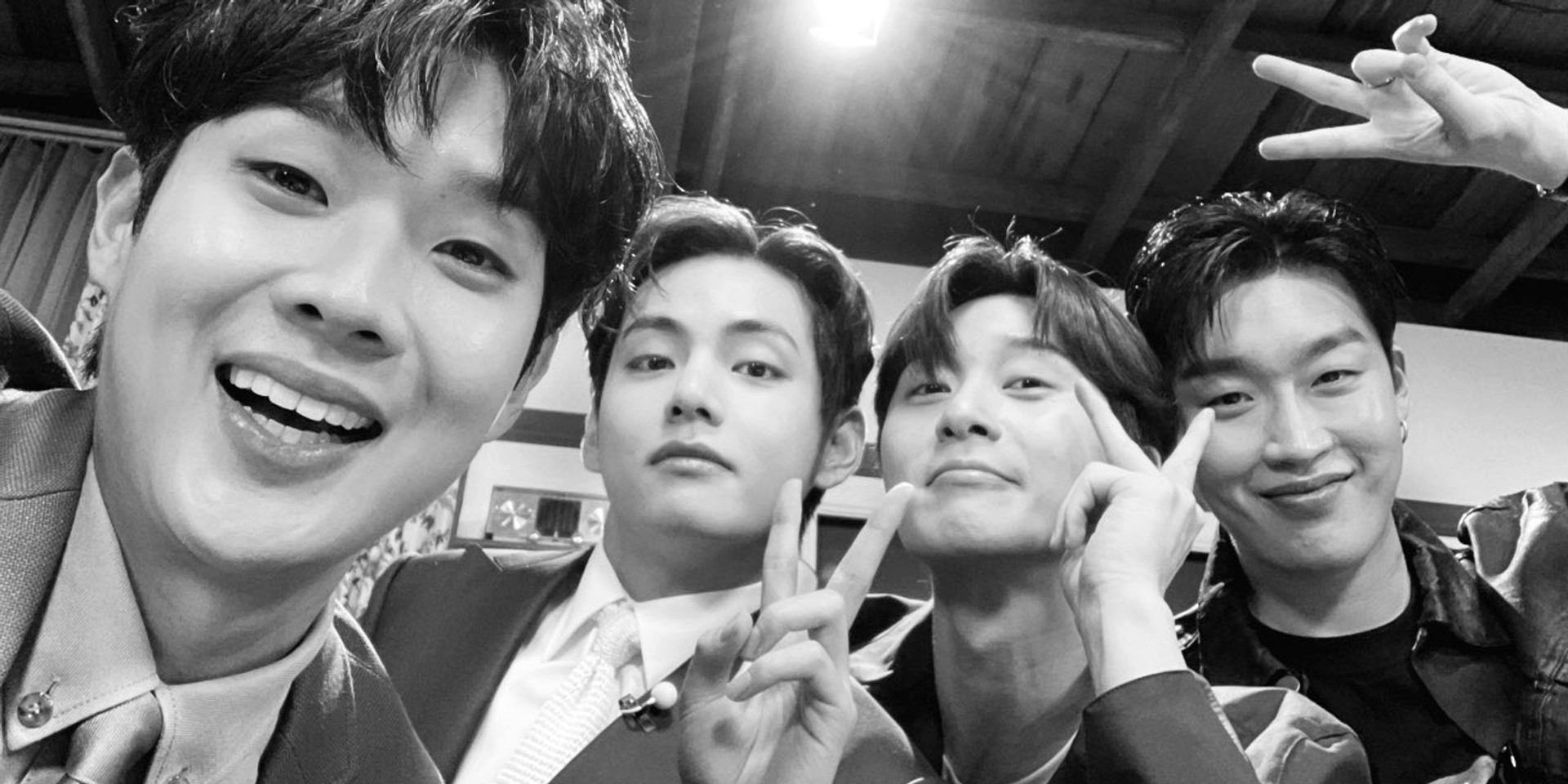 In an announcement made earlier this week, the Korean rapper, songwriter, and producer unveiled that he will be releasing a new single titled '교포머리 (Gyopo Hairstyle)' this month. The new track will include a music video that is said to feature his Hwarang cast members, BTS' V, Park Seo Joon, Park Hyungsik, and Choi Woo Shik, as well as So Not Worth It actor Han Hyun Min.

This comes as a second reunion for the castmates, collectively known as 'Wooga Squad', following their appearance on Choi Woo Shik's online fanmeet earlier this month.

'교포머리 (Gyopo Hairstyle)' is teased to be an upbeat hip-hop and electronic track that talks about choosing happiness regardless of what others might think. The single and music video is slated to drop on 25 July at 6 PM KST (4 PM JKT, 5 PM PHT/SGT).

Tune in to the premiere here:

The song comes as Peakboy's latest release, following his recent single 'Anywhere' that dropped earlier this year. He also recently worked with BTS' V for the latter's Christmas track 'Snow Flower' which dropped in December 2020.