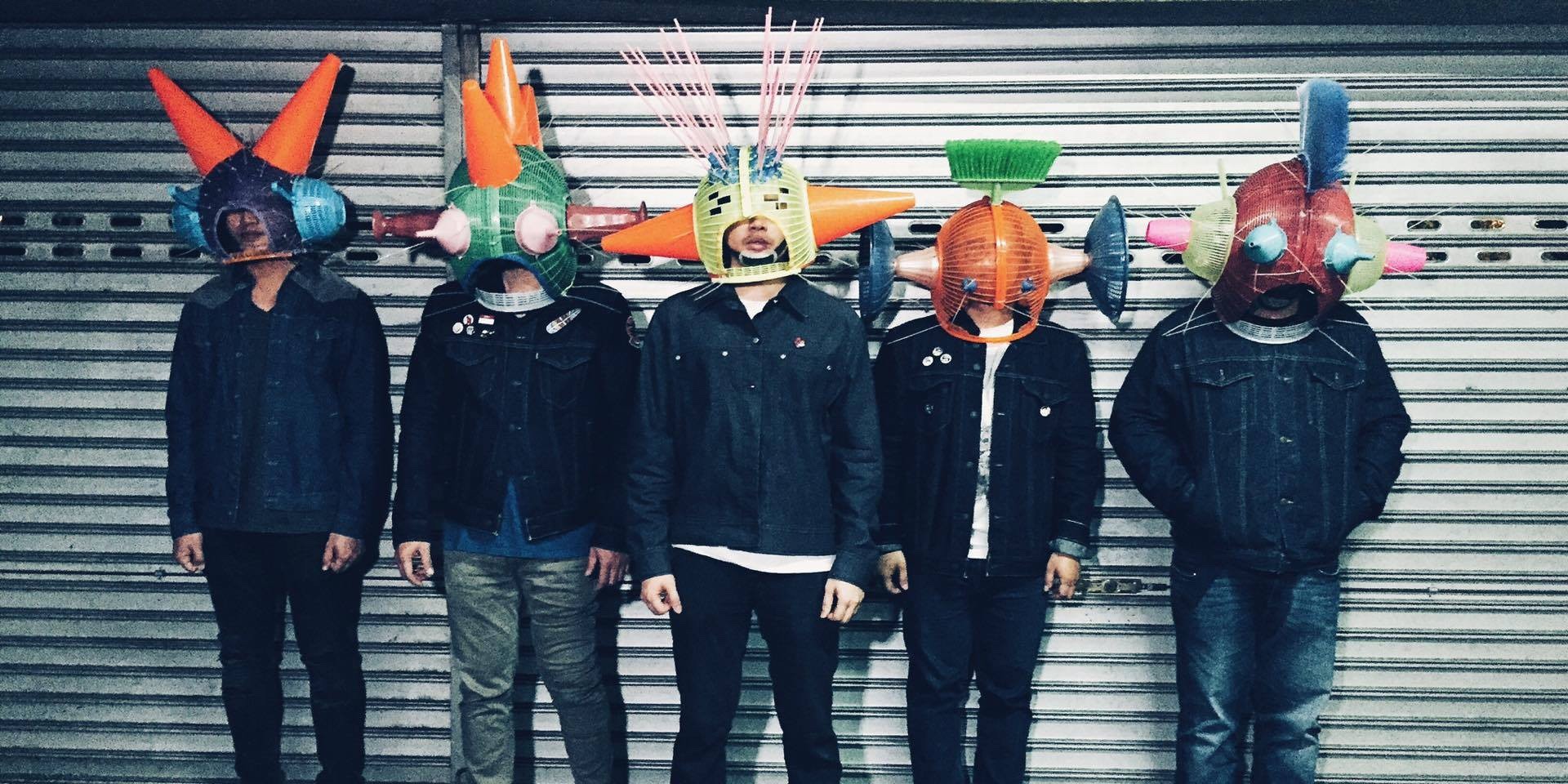 Remuda Street, a little off the heart of Marikina, is the womb of the latest Pedicab album. Remuda Triangle is an homage to the studio the album was written in, and vocalist Diego Mapa’s then-obsession for the History Channel show, Ancient Aliens, wherein the Bermuda Triangle was referenced. This fascination spilled into the entire writing process, resulting in an album that takes the form of something completely unearthly. 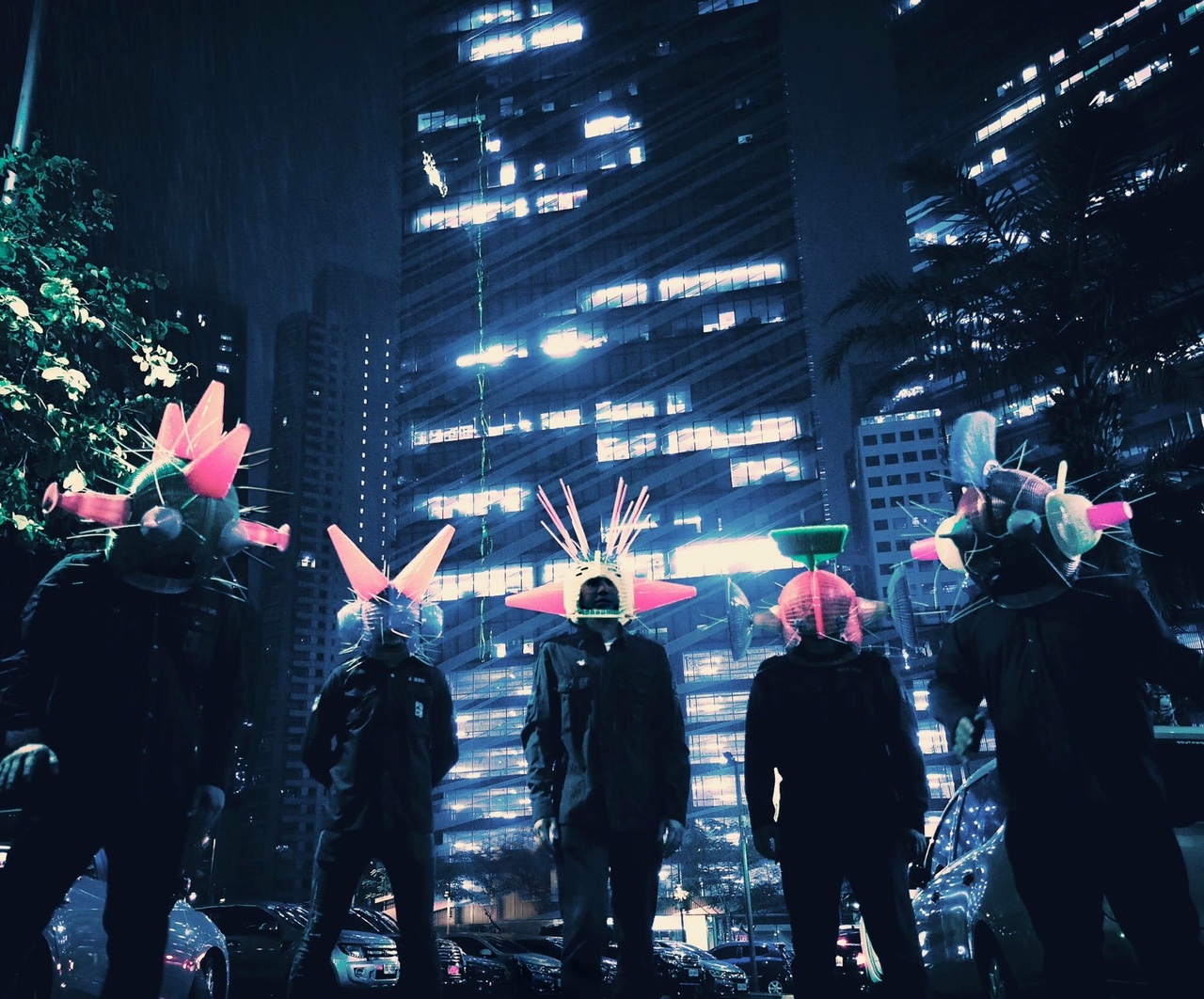 On February 12, Pedicab released their first single off the record, 'What’s The Algorithm?' The beat is quick and in many ways an ease-in to the different sound of the album. It possesses what is loved most about Pedicab, a perfectly alloyed playfulness and steadiness. The album also opens in the same way, with a track called 'Walang Maramdaman,' which is slightly reminiscent of 90s grunge. It’s a headbang-inducing track, which in many ways rings back to defunct band, Cambio, which vocalist Diego Mapa and synth-man Raimund Marasigan used to be part of during the early 2000s.

Watch the official music video for Pedicab's "What's the Algorithm?":

Listeners have become used to Pedicab’s lightness on its feet; in other words, they’re easy to dance to. But as pointed out by the members themselves, Remuda Triangle is a challenging listen. 'Alipin' is a surreal track that tethers towards darkness; and 'Mercury Retrograde' finds itself as one of the more hypnotizing track early on in the album, with a reeling, subtle riff that is considerably mechanical. 'Brainwash' and 'Star Jelly' are two stand-out songs that lend themselves more to the difficulty of Remuda Triangle. Listening to the album feels fuzzy, with each song interlacing with one another, a beat in between songs, but none signal the beginning or end of each song. 'Meet Your Right,' an obvious play on "meteorite," is the most enjoyable listen. It almost feels fun but somewhere, you get disillusioned by a beat oddity, or a guitar or synth riff that leads you to a different, startling direction.

MUSIC BEHIND THE MUSIC

The album’s production had an array of influences that range from different names: The Beatles’ Magic Mystery Tour, Flaming Lips’ Yoshimi Battles the Pink Robots, Pains of Being Pure at Heart, The Beat, Mayer Hawthorne, Nine Inch Nails, and the inevitable, everyone’s favorite space man, David Bowie. Jason Caballa (guitarist) points out a personal Smashing Pumpkin phase as evident in the recurring fuzz sound in the album. Mapa also points out fellow band mate’s former record, Fruitcake by Eraserheads, which placed its linear storytelling under the spotlight. 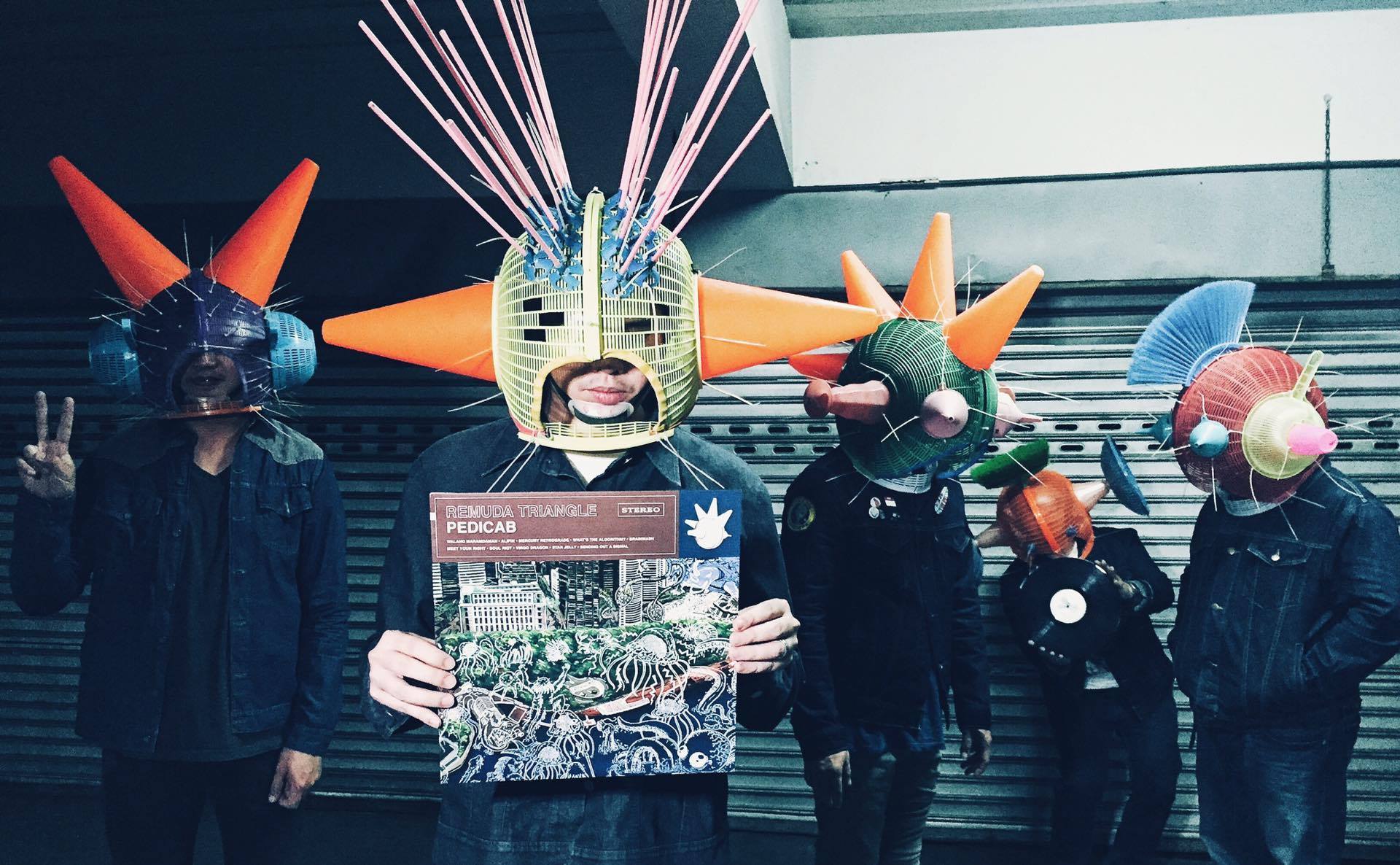 If the Beatles had George Martin, Pedicab has Shinji Tanaka. When asked if they consider their long time producer as the 6th member, Marasigan is quips back in jest that Tanaka is an alien—a signal that, yes, the producer is just like them and truly part of the band. He furthers by explaining the “painless” process of working with Tanaka: “Kasi pag inexplain na ni Diego, it will take forever to explain to a different engineer.” He, of course, attributes this to the countless years of working together. The band also considers all their collaborators as part of the entire Pedicab, experience, singling out the people behind the visual art, particularly Ernest Concepcion for his piece, The Battering of Battery Park, which was used on the album cover, and Leeroy New for the helmet design.

Back in the Bandwagon headquarters, a discussion ensues: this album is different from the previous ones. It’s a given. It’s been discussed from the top of this article that Remuda Triangle is unlike their previous releases. It’s a little tormented in nature, but in many ways still playful. When Tugish Takish was released in 2005, the band was a step ahead everyone else in the industry. They had disco in the heart of their music even before the mainstream pop resurgence of 2014 happened. And now that everyone else has caught up, Pedicab runs into the direction of something absolutely otherworldly, an album with a narrative of humans, aliens, of the strangeness of love, abductions, and everything that rests in between.

Get the album here.