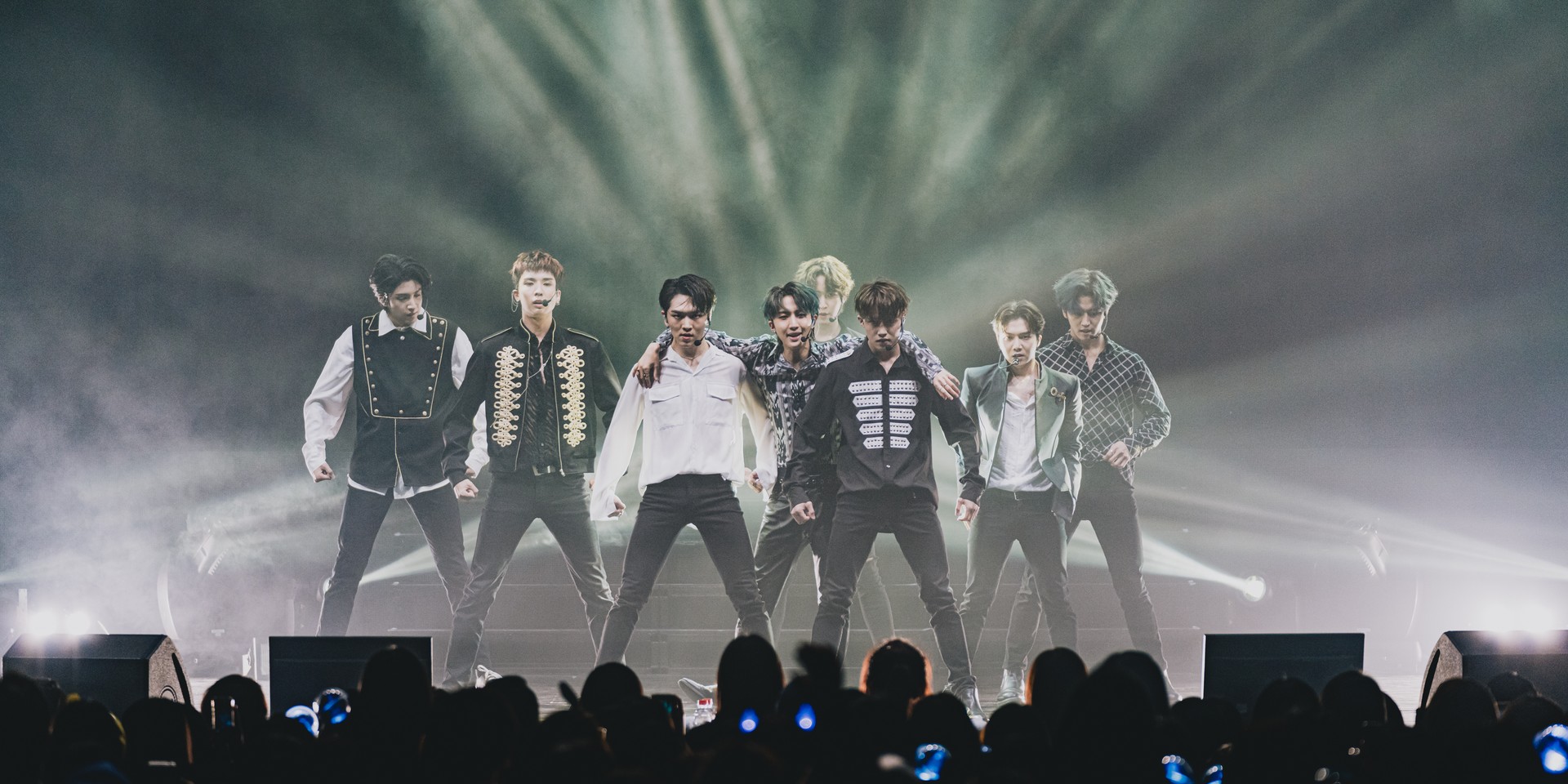 South Korean boy group PENTAGON embarked on their 23-stop <PRISM> world tour this year but it seems like their Singapore show might have been the most memorable one.

Among the screaming crowd of UNIVERSEs (name of fans) at The Star Theatre, were members Kino’s and Hongseok’s families who had specially flew in for the show. Lead vocalist Hongseok, who had previously studied at Hwa Chong International School, had also invited his ex-classmates to the show.

Formed in 2016 through reality survival show Pentagon Maker, the band originally debuted with 10 members- E'Dawn, Hui, Hongseok, Jinho, Kino, Shinwon, Wooseok, Yan An, Yeo One and Yuto. In 2018, member E'Dawn left the group. In July, the group's label CUBE Entertainment announced that Yan An would not be joining the tour due to medical reasons. 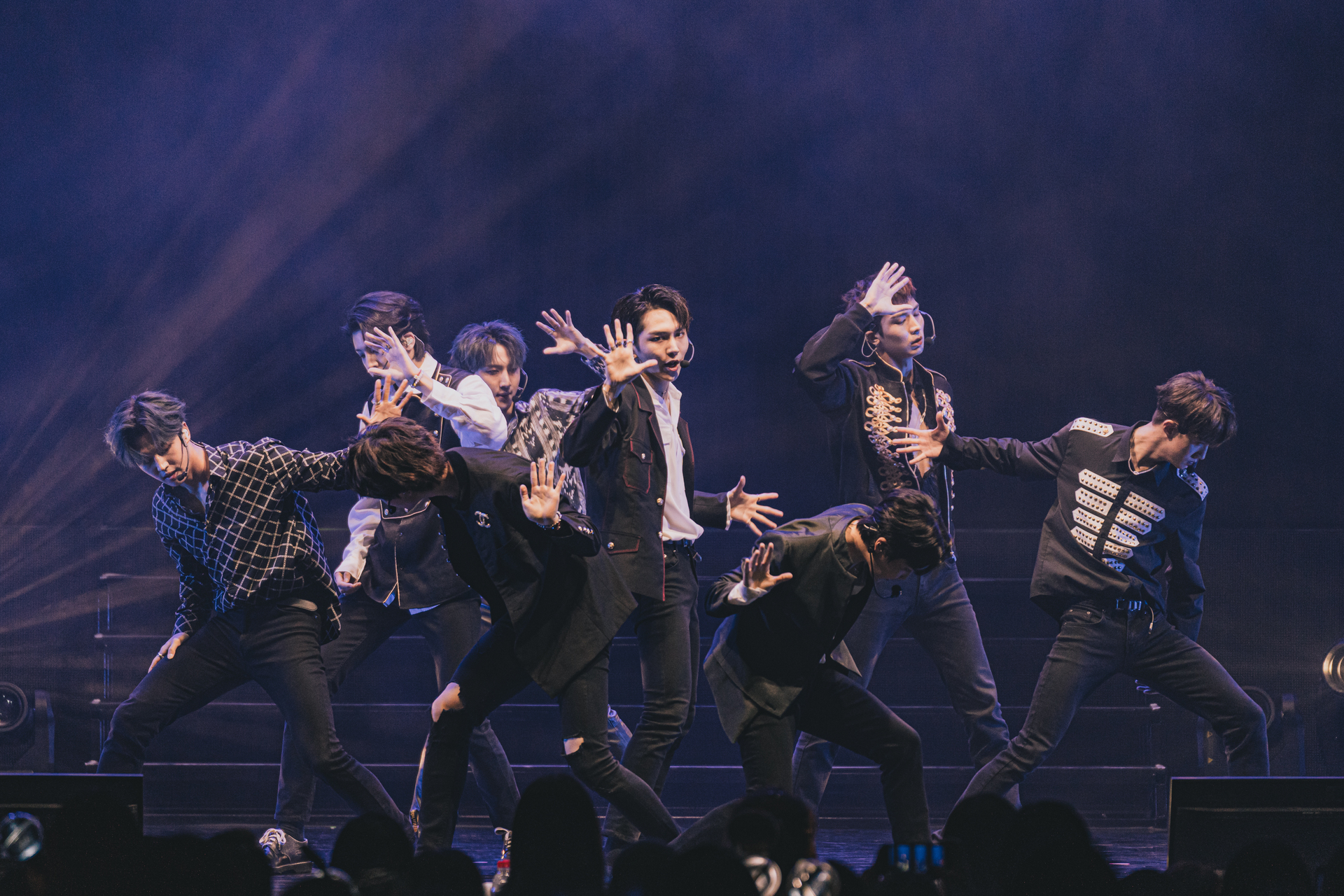 Kicking the show with 2019 track ‘Sha-la-la’ and debut track ‘Gorilla’, the 8 members got UNIVERSEs up on their feet. Brimming with charisma, the group showcased their power-packed moves and charming vocals. 27-year-old main vocalist Jinho particularly stood out for perfecting both tracks’ vocal-drive peaks despite his small and petite statue.

Greeting the crowd, lead vocalist Hongseok teased the crowd with his surprising command of Singlish. Explaining the concept of their first world tour, Kino said: “Prism is the title of this concert, as, like a prism, we want to show our different colours and performance to our UNIVERSE.”

Entertaining the crowd, Hongseok shared about his schooling days and his love for bandung. Kino also shared that he brought his family to Jumbo Seafood the night before. 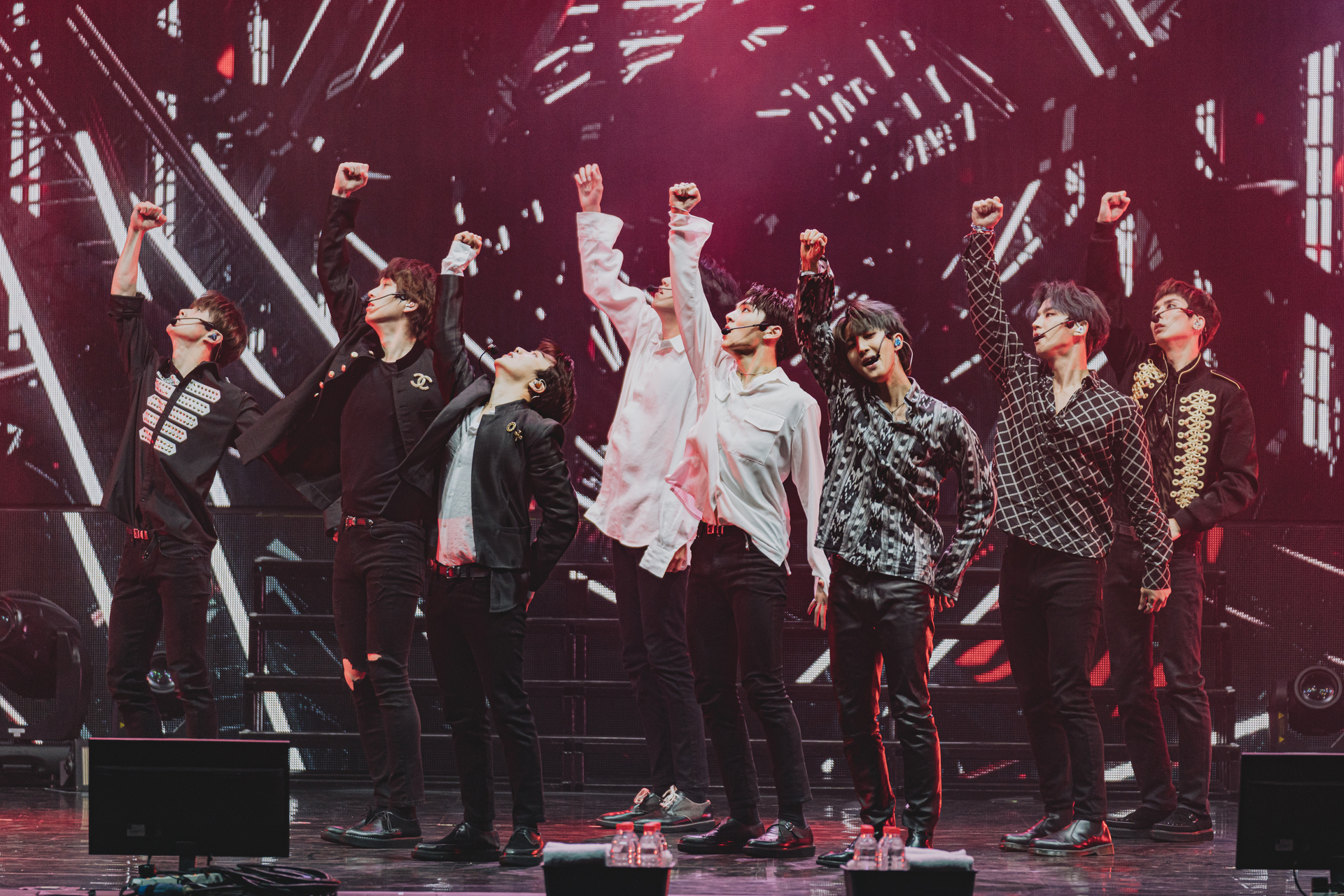 Alongside bubblegum pop B-sides ‘Just do it yo!’ and ‘Skateboard’, the group dazzled with their highly-anticipated comeback track ‘Humph’. Produced by Hui and South Korean rapper and songwriter Giriboy, the up-tempo track showcased child-like lyrics depicting the boys sulking when their crushes do not pay enough attention to them. Packed with cheeky lyrics, an addictive beat and cute expressions from the members, ‘Humph’ was easily the most fun filled stages that night.

Turning the heat up, members Jinho, Hongseok, Kino, Yeo One leapt on stage for a sultry cover of Camilia Cabello’s 2017 Latin-influenced hit ‘Havana’. Breaking into slow body waves and fancy footwork, Hongseok stole the spotlight as he ripped off his top to reveal his ripped physique, much to the delight of teenage fans. Opting for a bright and cheery track, members Hui, Wooseok, Shinwon, Yuto captivated the crowd with Bruno Mars’ 2014 anthem ‘Uptown Funk’. 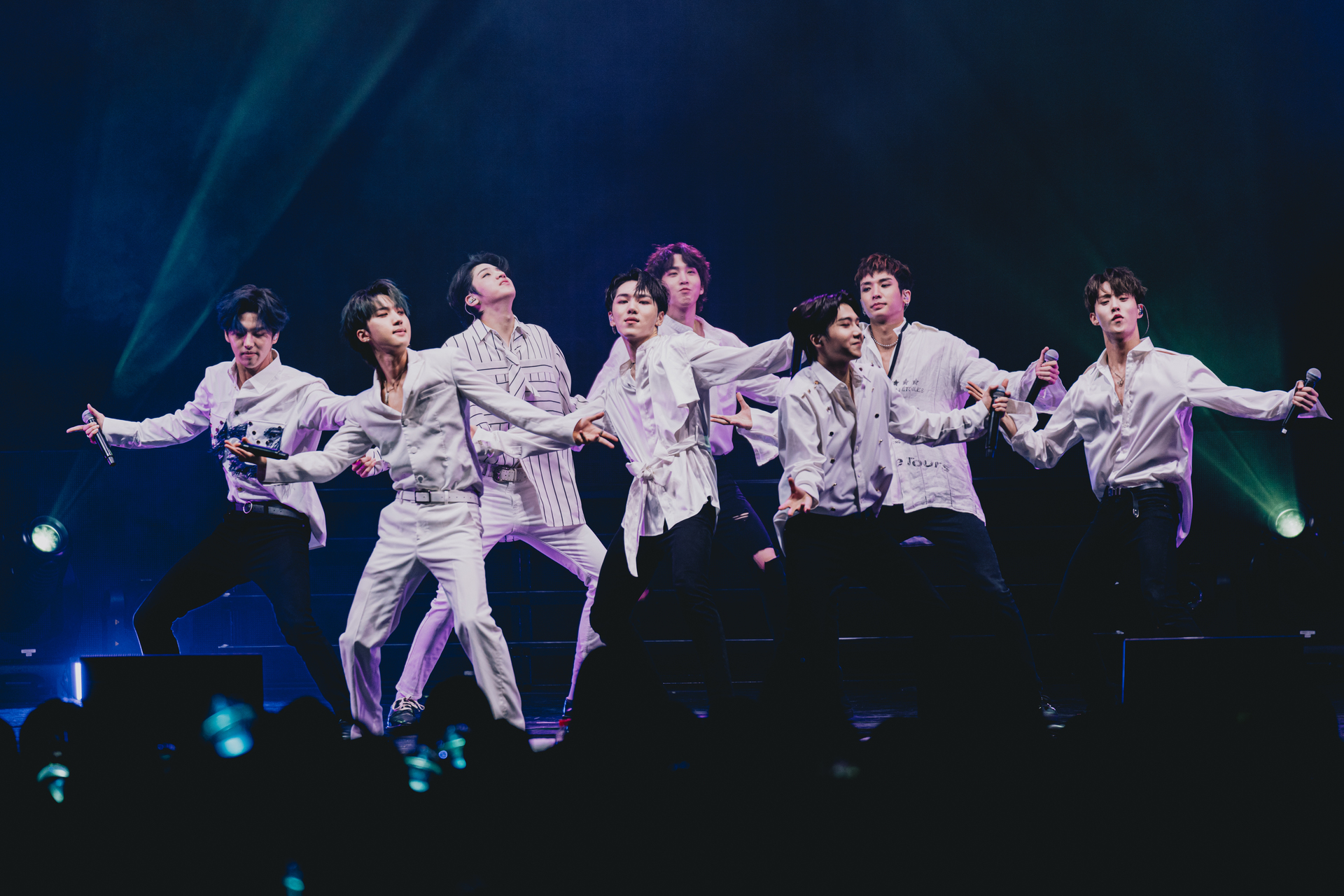 Hitting the peak of the show with the group’s 2018 anthem ‘Shine’, PENTAGON showed how music transcends language as fans had no issue singing along. With lyrics from Hui, Yuto, Wooseok and ex-member E’Dawn, PENTAGON seemed to finally find its unique music colour in the uptempo track, which scored them a breakthrough to the Top 10 hits on Billboard's World Digital Song Sales chart.

Comprising of Wooseok and Yuto’s sing-song raps, Hui’s and Jinho’s solid high notes, a trendy hammer dance and an infectious chorus, ‘Shine’ contained all the key ingredients to appeal to a mainstream audience and become a viral YouTube hit in this Internet age. 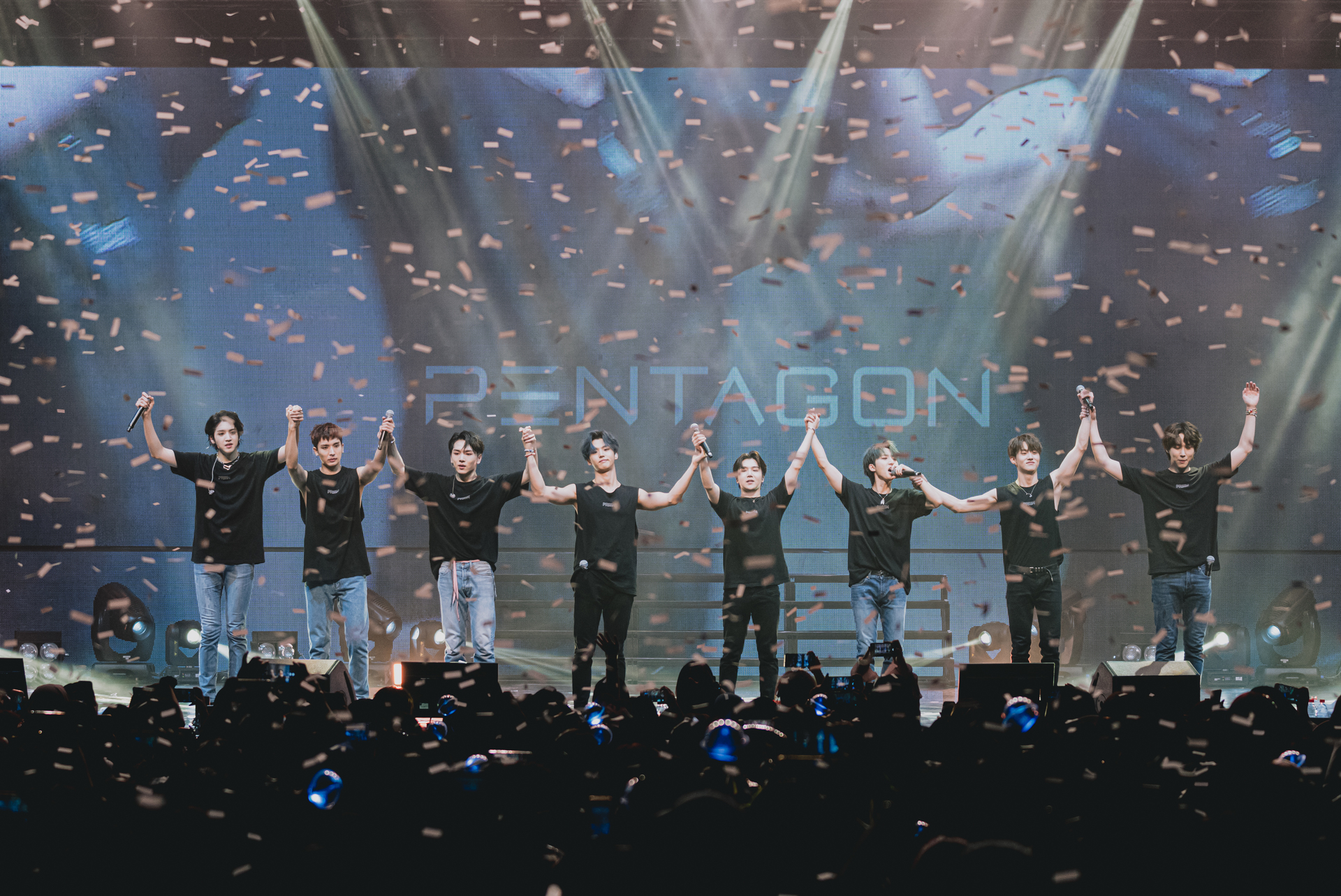 Closing the show with ‘Spectacular’, member Jinho teased: “I’m not going to say goodbye but we really love this city and we will come back soon!” Judging by the wide grins on the members’ faces and the proud beams from the members’ families and fans, the Singapore stop was definitely a special one for all. We can’t wait for their return!

Special thanks to CK Star Entertainment for the invite.