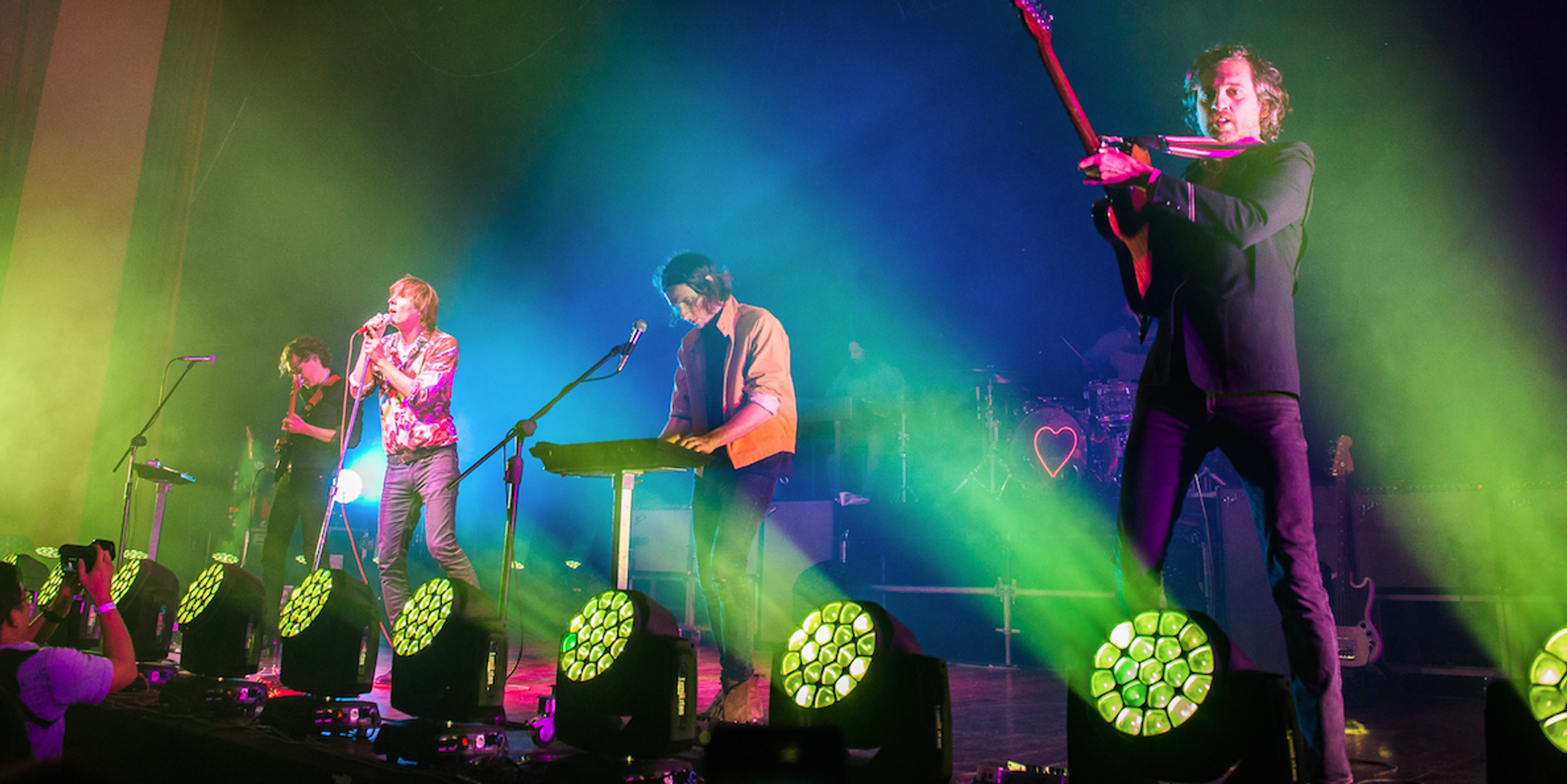 Three years after their first concert in Manila, Phoenix returned to grace our crowd with brand new songs from their most recent release, Ti Amo, an amalgam of delectable delights that spans three languages and suggests sweet Italian summers. Considering they’re now in their 40’s and six studio albums strong, the French quartet’s energy throughout live performances never seems to waver, living up to their vibrant visuals and songs that have always been suitable for any kind of dancing.

Here’s a rundown of the night’s highlights at the Kia Theatre, made possible by Karpos Multimedia.

Though Tom’s Story and Phoenix don’t share the same genre, the former didn’t fail to warm up the crowd with their set list staples (“Anchors,” “Dream/Catcher,” “VL Raza,” and “Mugatu,” to name a few). The band didn’t get to make use of visuals for their set but that didn’t compromise anything in terms of the quality of their sound and stage presence. In between songs, Tom would share how surreal it was that they were opening for Phoenix, and thanked the crowd that despite the absence of lyrics in their songs, it was still okay. (We know how all the riffs go and sang along, anyway.)

If you’ve been tracking the band’s tour so far, you would have probably noticed that their Manila set was quite distinct from the rest of their set lists. While the band often bookended their shows with “Ti Amo” and “Ti Amo Di Piu,” they opened the show with “J-Boy” and its striking visuals. They performed a rare “Lovelife” as well as a stripped-down rendition of “Goodbye, Soleil” with just Thomas Mars and Chris Mazzalai on stage for the first time in their tour as part of their encore, a counterpart to 2014’s stripped-down performance of “Countdown.” There’s nothing quite like having Thomas Mars singing in his native French while inches away from your face. 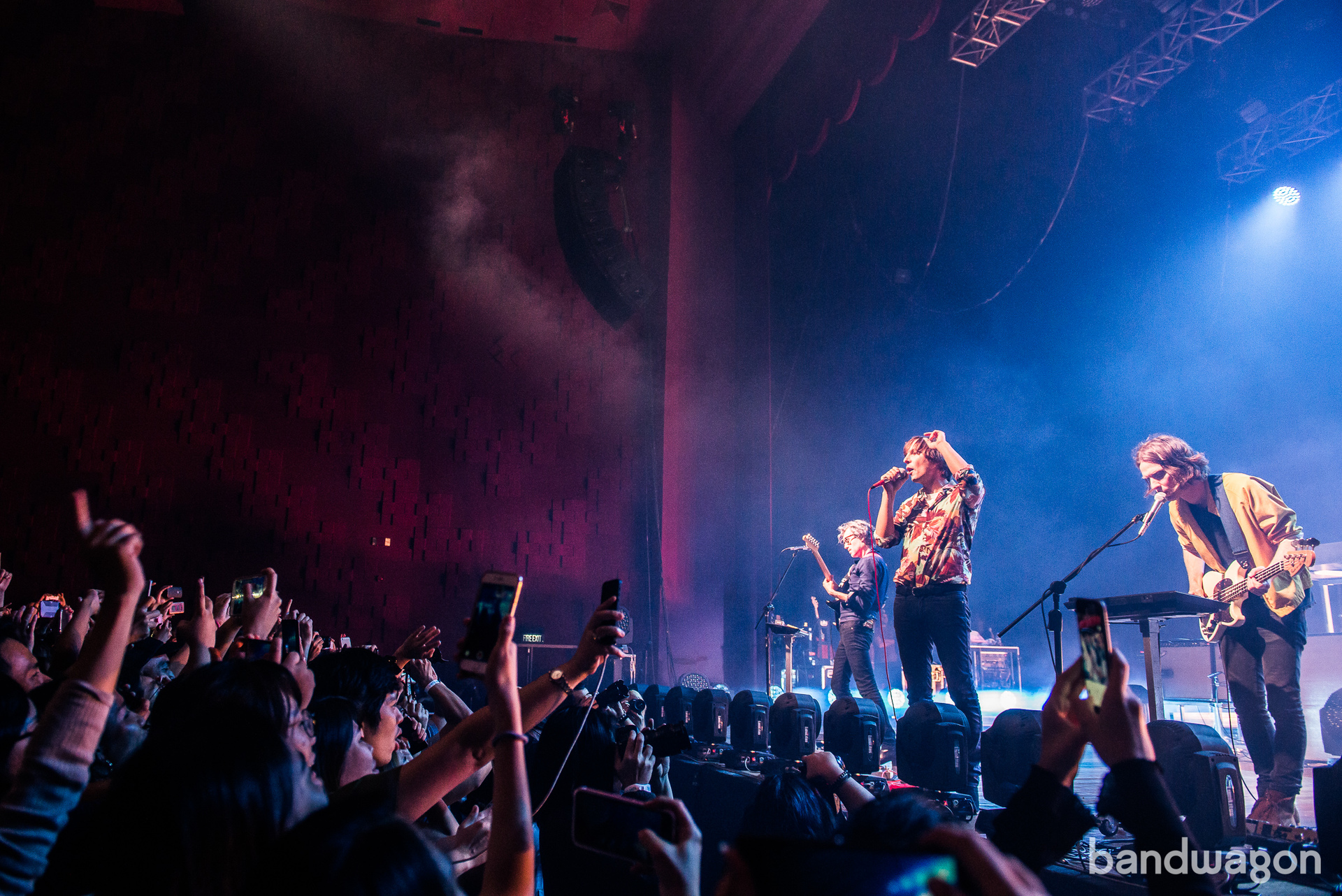 Manila’s no stranger to being the most enthusiastic in the spectrum of concert crowds but last night, Thomas dubbed us the “best singing crowd” and thanked us for knowing all the lyrics, saying it’s not the same back home. “In fact, we loved the first time so much that we decided to come early this time after the record’s out. Hopefully next time we’ll come before the record’s out,” he said.

Go and run into me

Band members (save for Laurent Brancowitz) made their way to the barrier and closer to the crowd at last night’s show. Bassist Deck D’Arcy doesn’t often come near the crowd, but last night saw him and Chris jump towards the barrier almost at the same time, with his luscious locks spewing out precious sweat while banging his head to their tunes. It’s also no secret that the band are affectionate towards each other so catching those quick and small moments of teasing on stage is a precious gift. 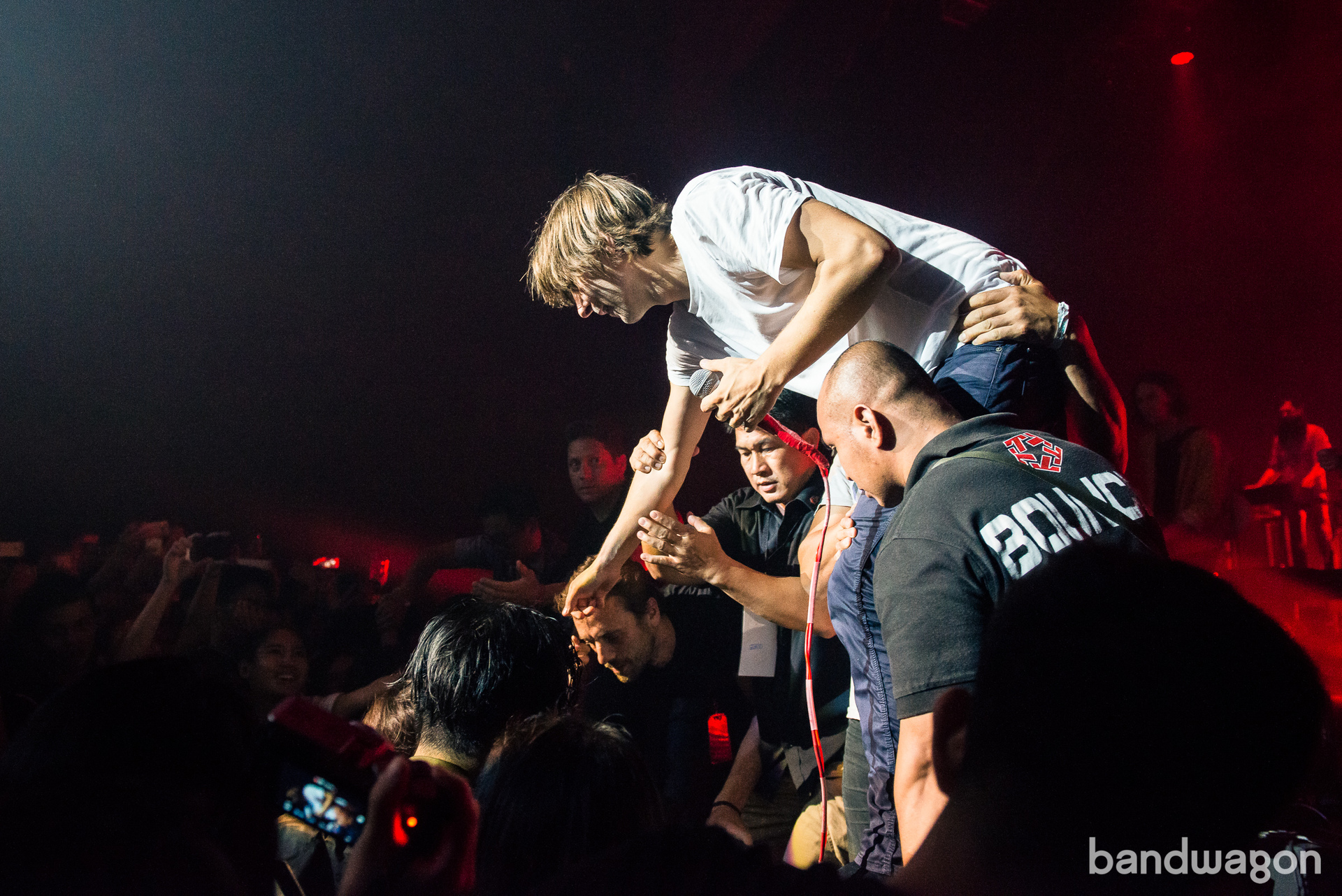 When Thomas Mars unbuttons his tropical polo, takes it off and hangs it on his mic stand, you know we’re meant to get it on. As much as we all want to get our hands on him, it seems that the fanatic attitudes got in the way of safe and smooth surfing. Thomas’s trademark move will only go so far as us being able to actually help him through it, but the influx of rowdy arms harmed some fans more than others, leading Thomas back up the stage pleading the audience to move a little backward so he could restart his second crowd surf attempt. Know how to let it go, folks. 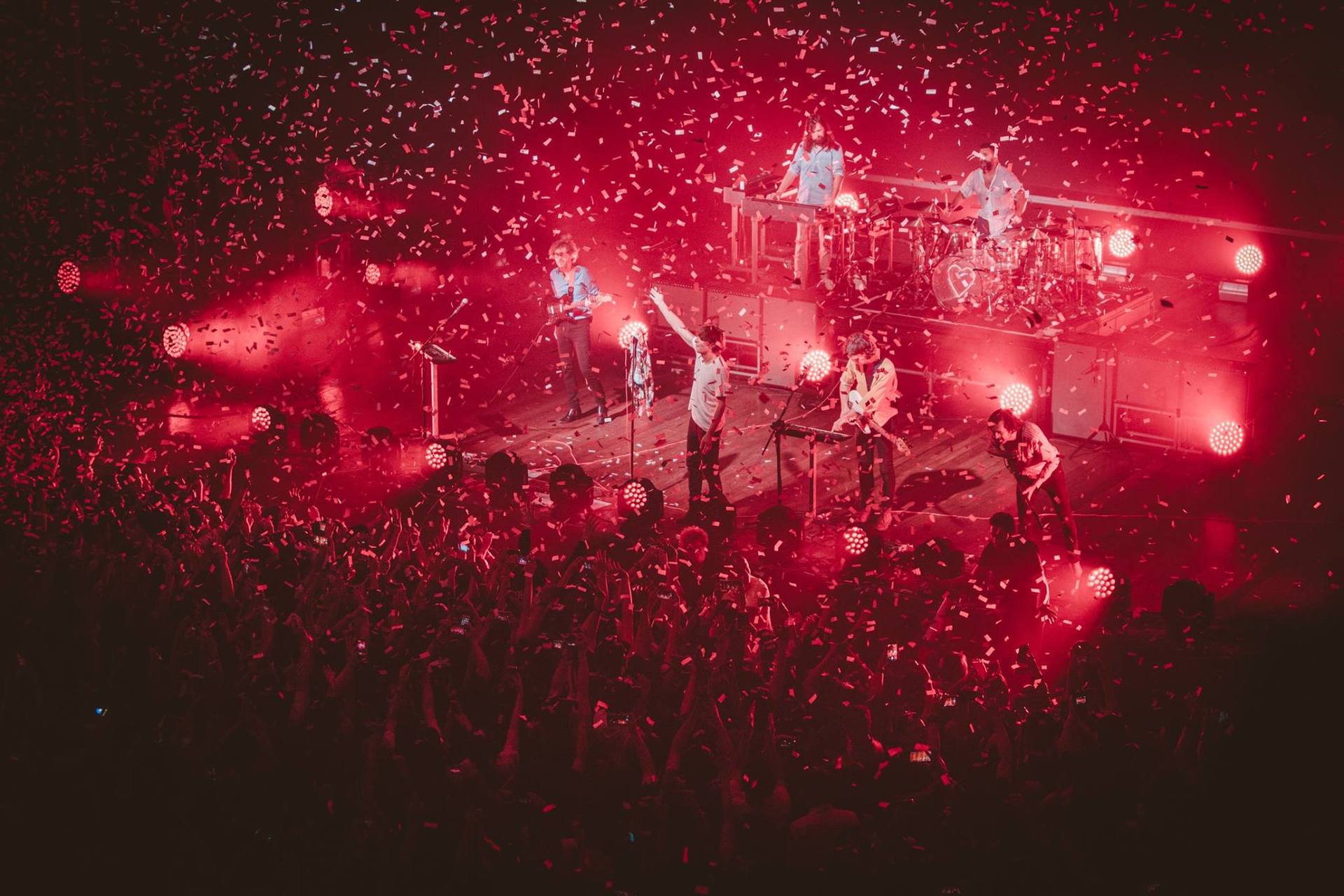 Like sprinkles on top of melted gelato, Karpos Multimedia's trademark white and metallic confetti fell from the top of the stage in the band's final moments, as Thomas Mars drifted in and out of the crowd.

After the show when the crowd dispersed and a handful of people were scouring patches of confetti on the ground for their lost belongings, Chris was gracious enough to come out and take photos and give out signatures for fans who stayed behind. 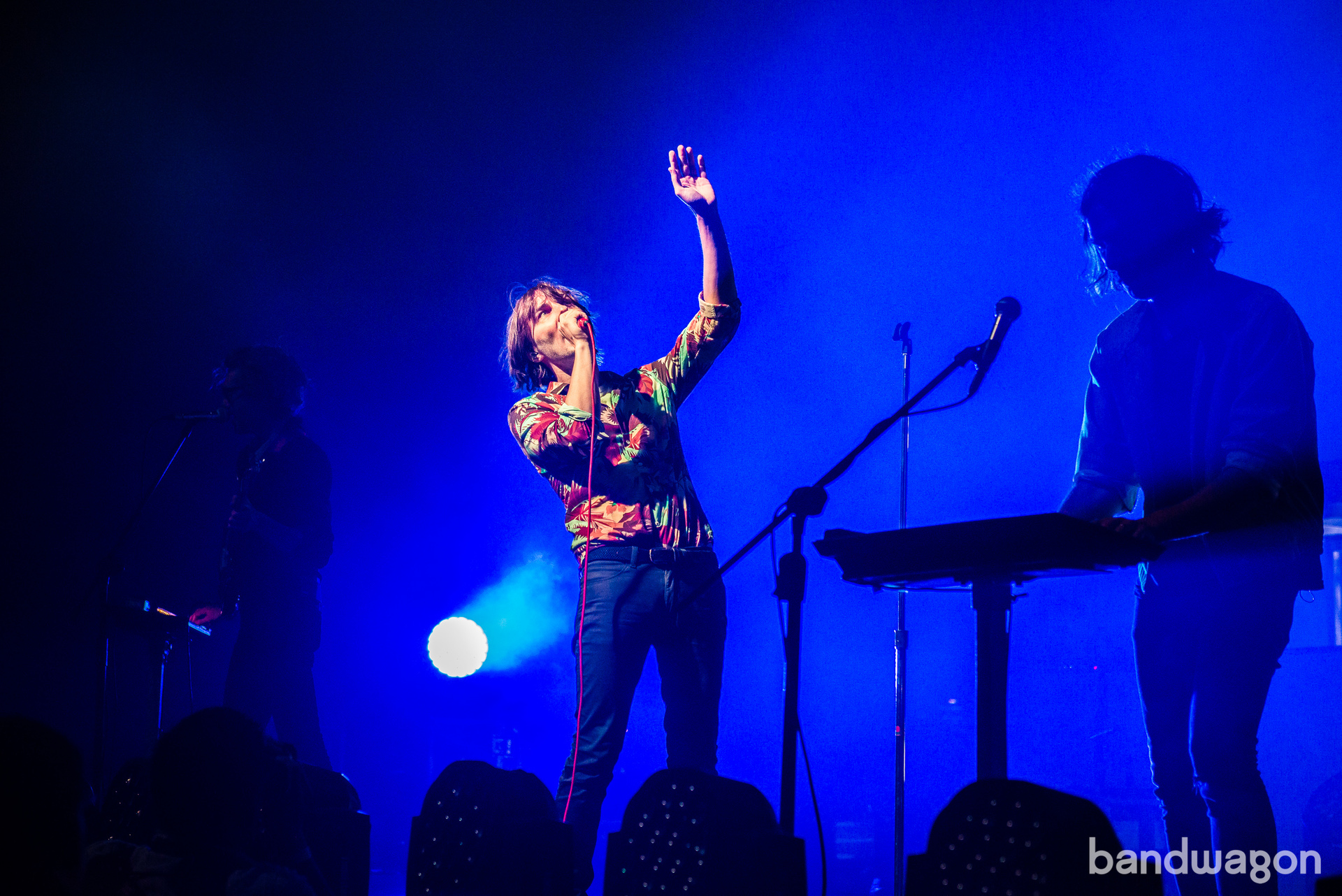 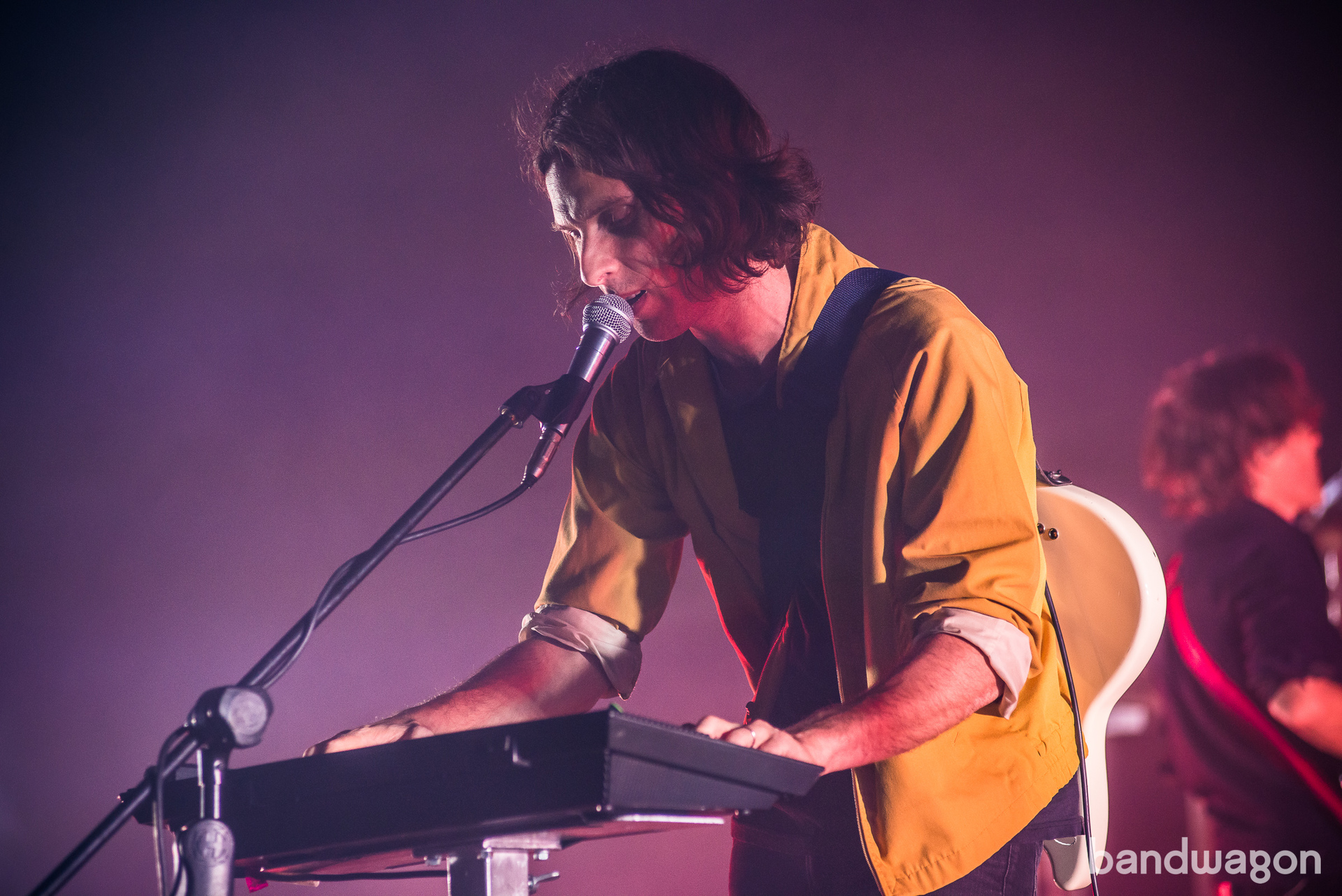 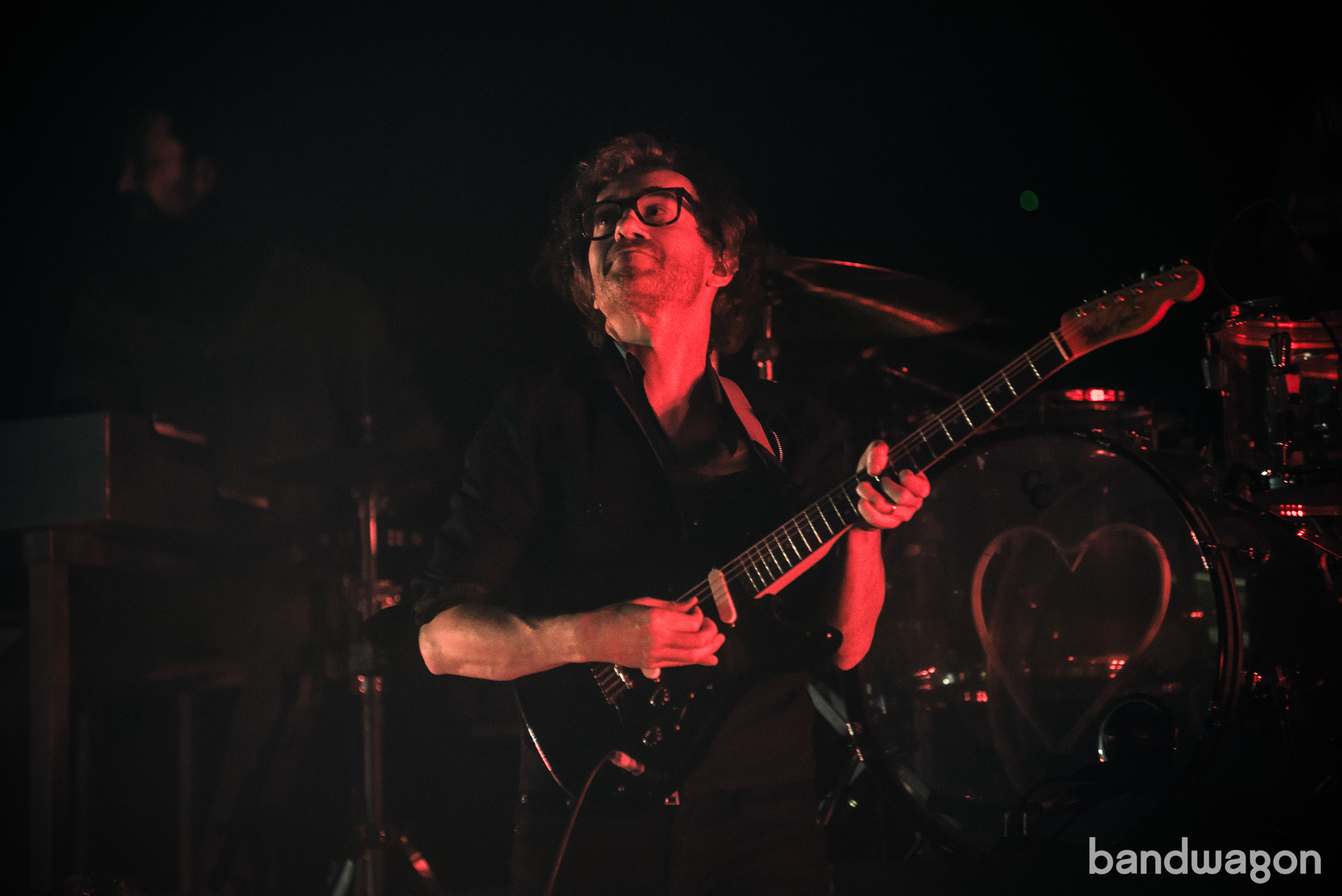 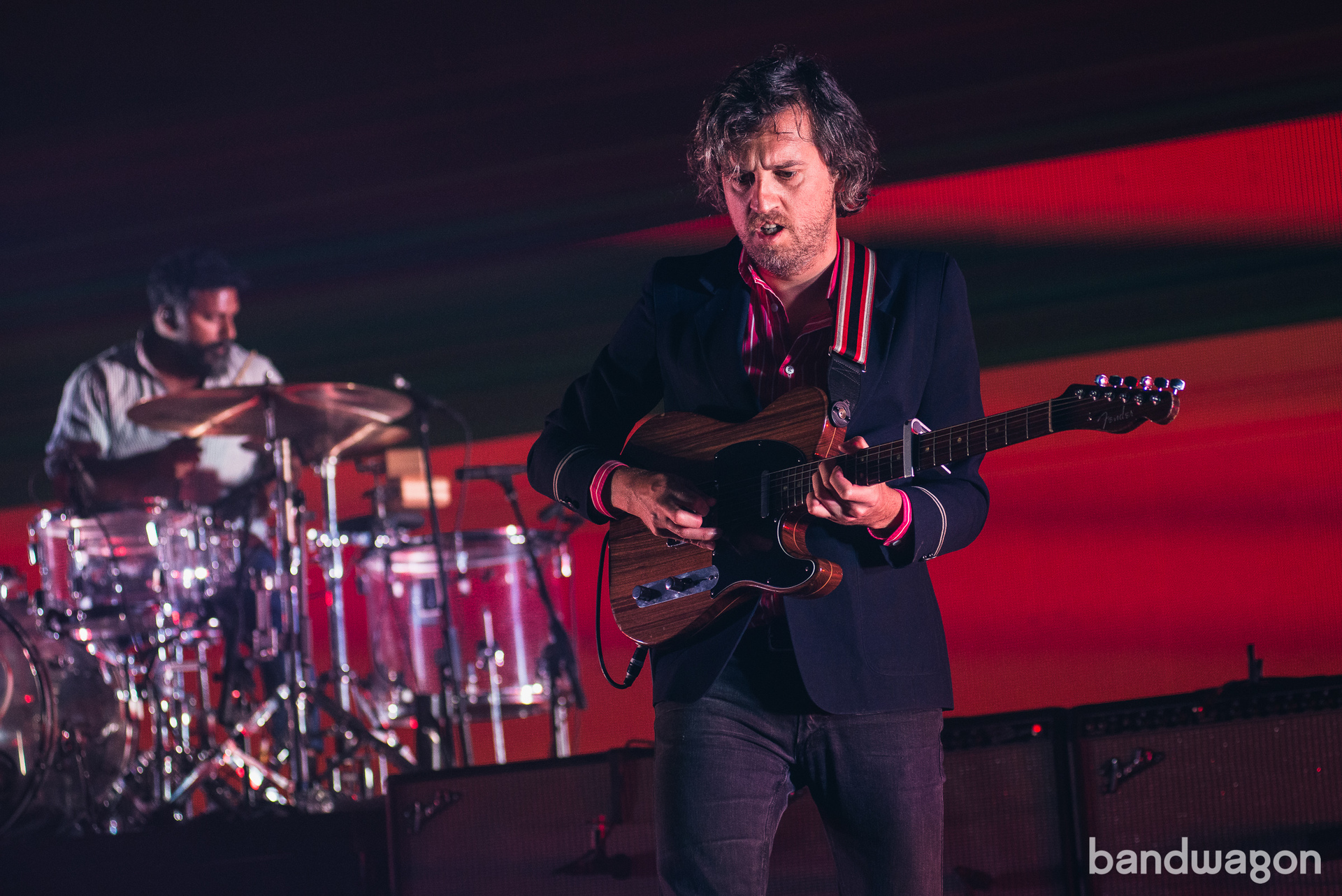 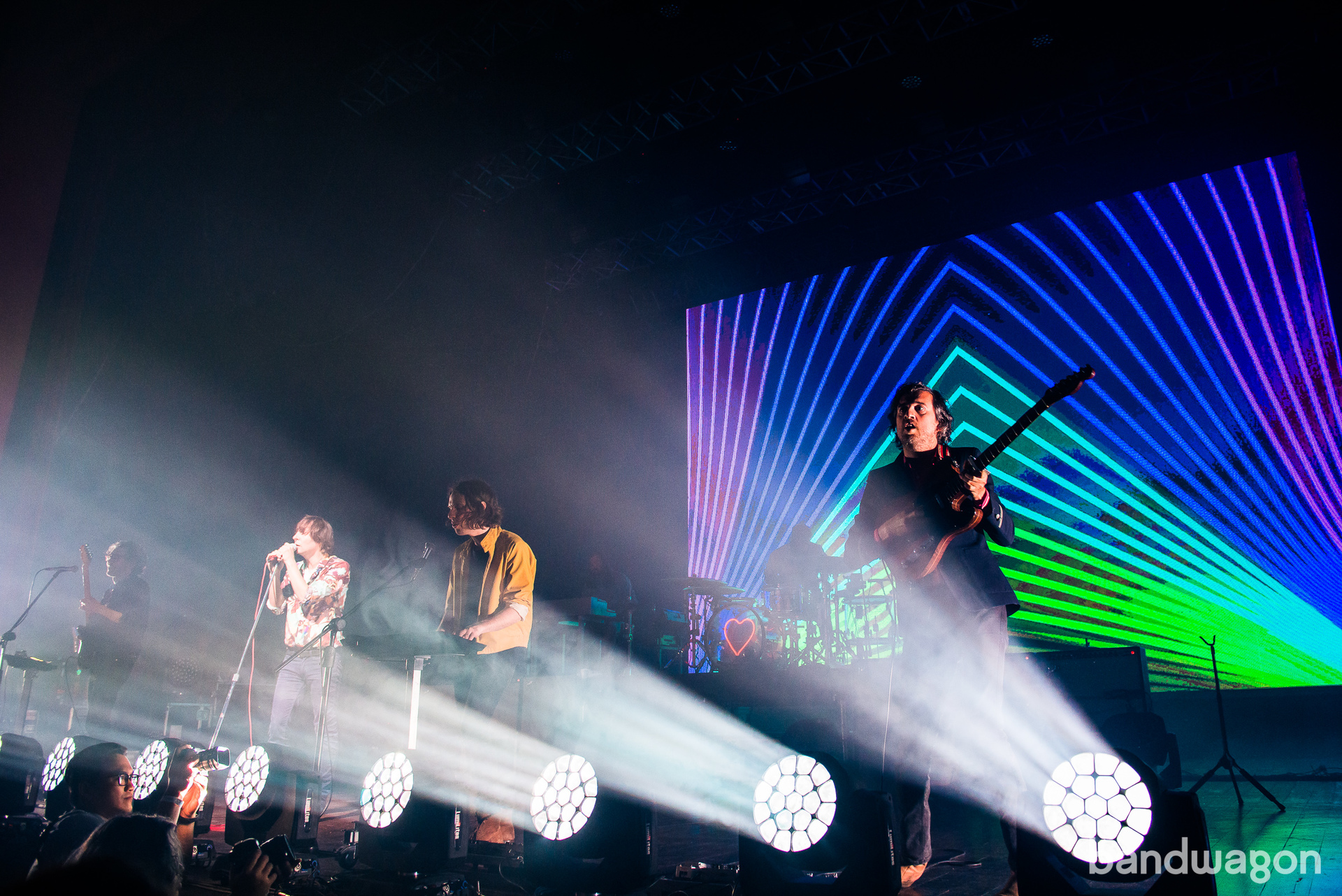 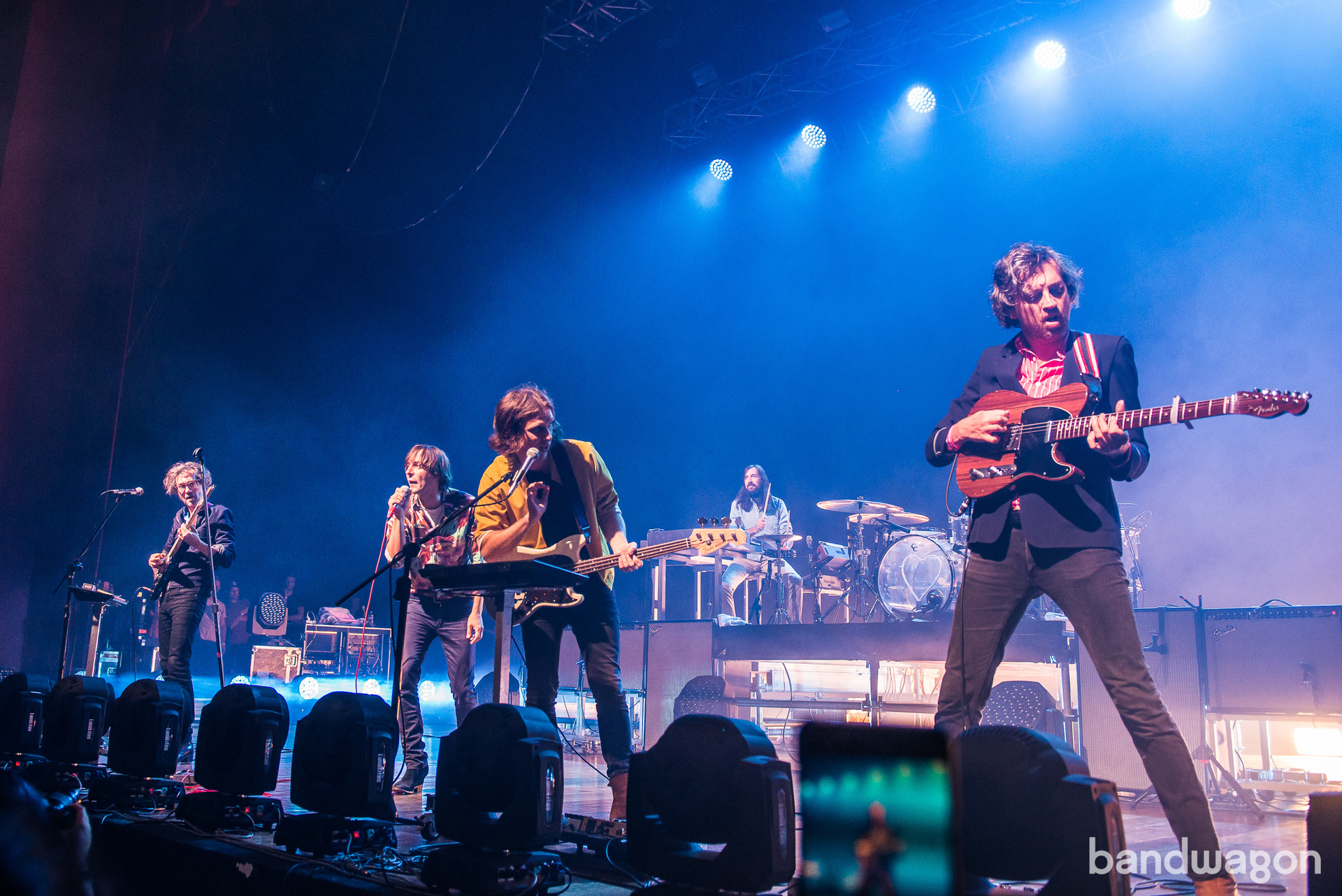 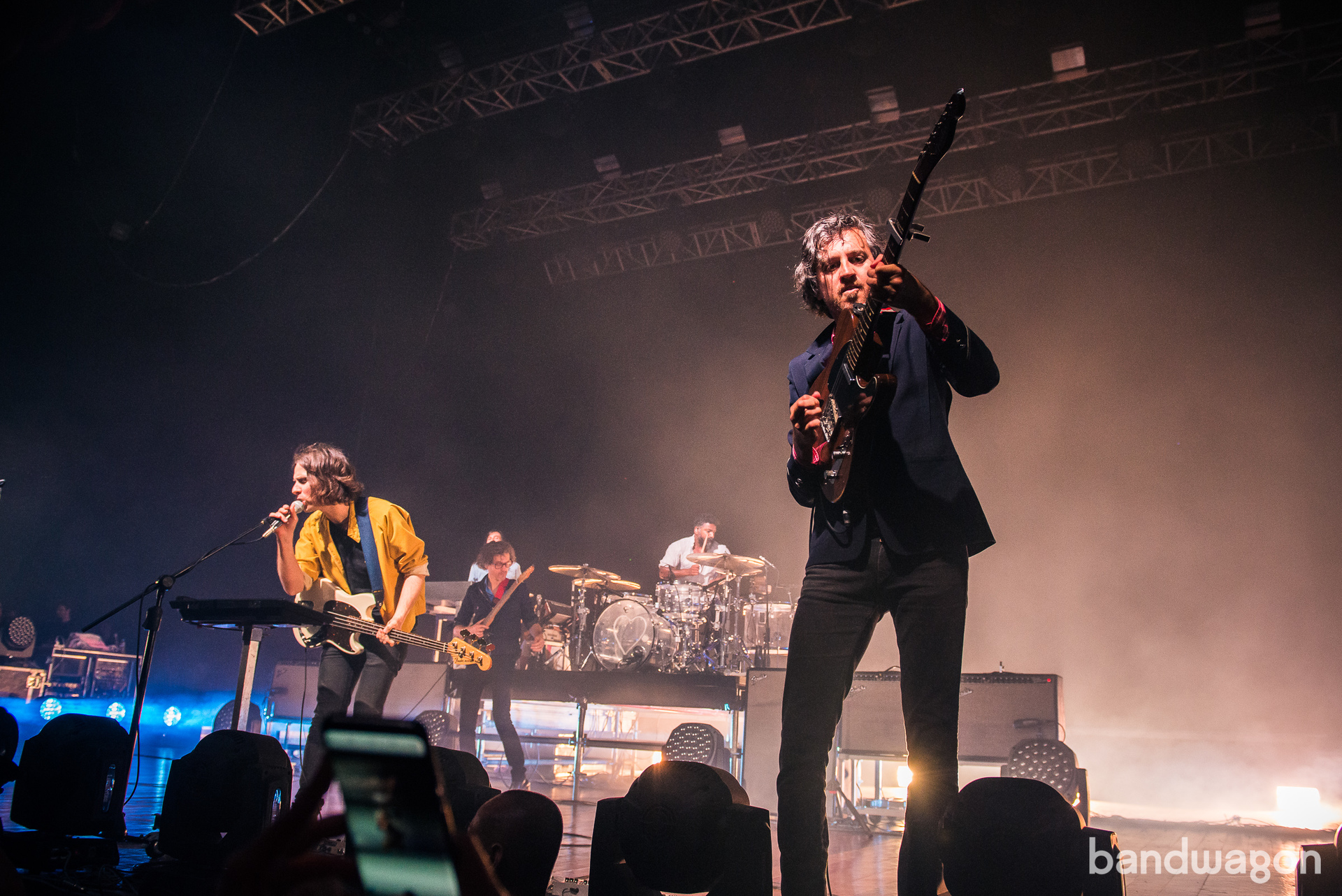 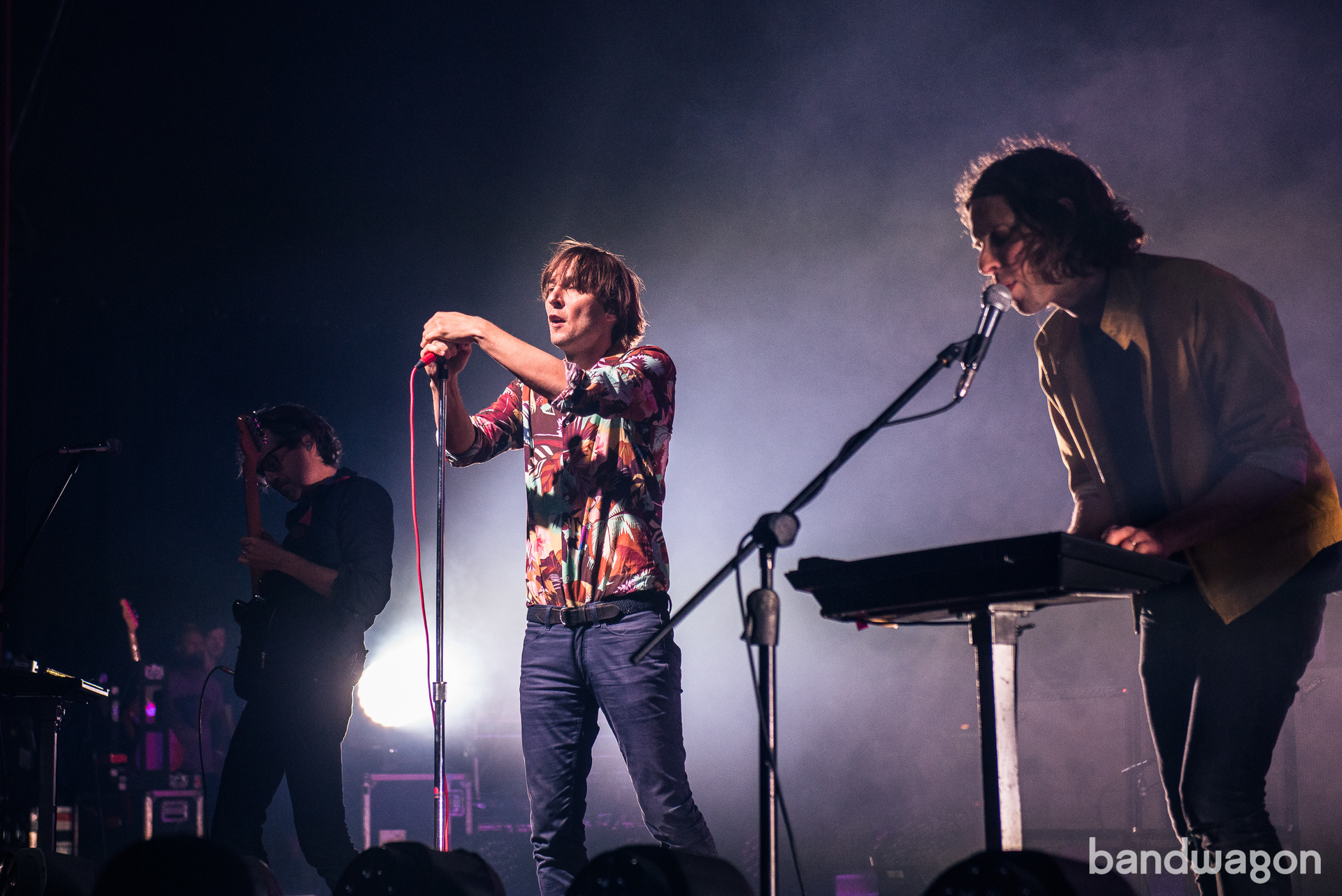 Thanks to Karpos Multimedia for inviting us to the show!