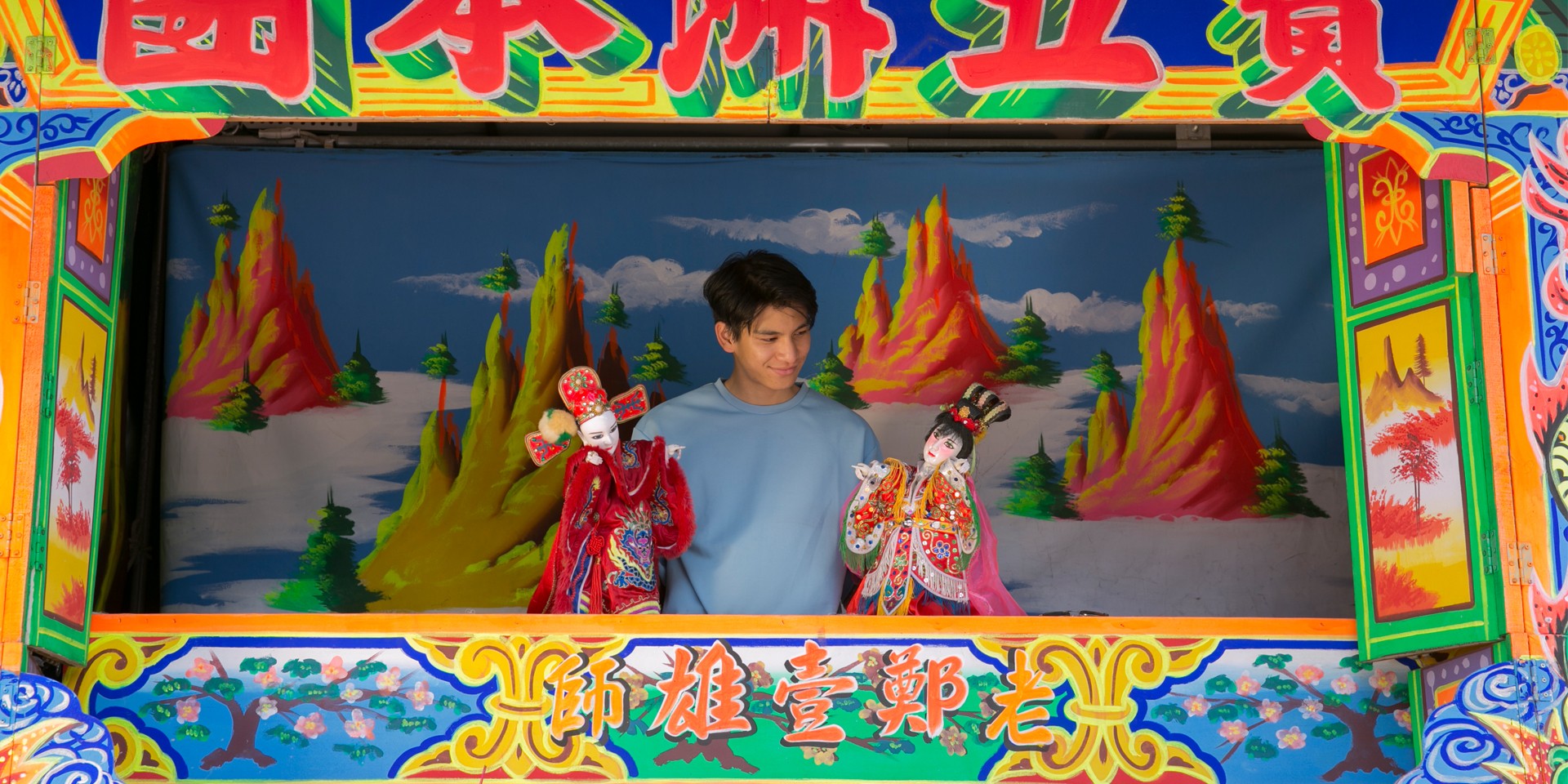 If you're the kind of person to listen to music on YouTube and allow yourself to be guided into uncertain musical waters by the service's algorithm, you've probably heard the music of Phum Viphurit.

The music video for the gentle, summery single 'Lover Boy', has racked up over 12 million views since it was posted in March this year, thanks to YouTube's algorithms (that have also looked fondly upon classic cuts like 'Plastic Love' by Mariya Takeuchi and newer bops like 'Everytime' by boy pablo). Nevertheless, that's still a huge step up from Phum's 2017 video for 'Long Gone', which hovers around the 6 million mark.

That's certainly not to say that Phum's success should be purely credited to the mysterious machinations of a single digital platform. A listen to Manchild, the Thai-born, New Zealand-raised artist's debut album released last year, demonstrates his knack for not only simple yet sticky hooks, but also the bare, heart-on-sleeve emotion expressed by the most beloved of singer-songwriters.

Before his Singapore show with Singaporean dream pop trio Sobs early next month (which we hear from promoter Collective Minds has about 40 tickets left!), Phum took some time to answer questions from Bandwagon about his viral success, his love of Bangkok and how he feels about his career trajectory so far.

What are you busy with at the moment? Are you writing any new music?

I am currently writing music wherever and whenever I can, the tour schedule has gotten a lot more busy since the beginning of this year, but other than that, life is pretty normal and chill.

People from all over the world have come to know about you and your music via YouTube. How have you been feeling about this viral video success?

Viral success is as crazy as it seems, I kind of never saw it coming. 'Long Gone' was a present surprise in itself but when 'Lover Boy' took off, especially after a lengthy absence from releasing new songs, [it] reminded me of the truly great, yet scary power of the Internet. I am very fortunate to have worked with creative people in the MV making process so all of this is super great news for all of us here, let's hope the next MV receives a similar sorta love.

As your career takes off, I’m sure you’ve had many people talking to you about and complimenting you on your music. What’s one thing someone has said that has really stuck with you, whether for positive or negative reasons?

To be honest, all of it, the good, the bad, the bitter and the sweet words have been surreal. It feels incredibly cool to create something that people can vibe to, can discuss about, can share [with] their friends, it's like being a part of this never-ending chain of exchanges. One particular comment that has stuck with me is something like "Damn, he can sing with braces on? Respect." I like that because it is an incredibly hard thing to do, yet only a few take notice hahaha.

You said in another interview that your parents talked you “into returning to regain my own cultural perspective and live outside of my comfort zone”, an experience which you explored on Manchild. Now that you’ve been in Thailand for a while now, and you’ve channeled that into an album, how do you feel about your place in the world? Do you feel at home in Bangkok?

Bangkok is definitely my home. All of my family is here and it will always hold a sense of irreplaceable nostalgia for me. Not to say that Hamilton was/is not a home for me too, Bangkok right now just feels more like a place I've yearned for after being away for such a long time. I think I have experienced the best of both the Western/Eastern world/culture, it's helped me widen my perspective and it continues to help me be a rather open-minded chill kid. I still stand by the description of a Thai-born/New Zealand-raised singer/song-writer and will continue to do so.

What music from Thailand, whether new or old, inspires you and would you recommend people listen to?

Most definitely the late 80's pop and early 2000's stuff. It consisted of a lot of western influences but executed in a Thai aesthetic.

You’re going to be playing in Singapore, and also doing a big tour of Europe and the US soon. How does that make you feel?

It is all very surreal. My goals after college were to take a gap year and work and travel more, now it's a reality where travel almost comes before work. Very excited to meet the Western audience, spread some good vibes and show the world what us Thai kids can do.

Phum Viphurit will play at Kilo Lounge on Friday, 10 August. Doors open at 8pm. Advance tickets priced at S$48 are available now here. Phum Viphurit is also slated to headline All of the Noise 2018 in Manila, Philippines on November 25. Get tickets here.