There’s a girl in orange pressed up against the barrier, she holds up a black piece of fabric with the words “Placebo Addict” echoed in bold fonts. There’s something particularly close hitting about her passion for the band even though at half past seven, only the first three rows below the Coliseum stage was filled up.

Universal announced two hours before the show; they had a surprise before Placebo’s set at 8pm. Everyone had on dubious looks; reluctant to sit through another guitar-strong crash-hitting band that wasn’t Placebo. In a total twist of fate, Steve Forrest came out with nothing more than a guitar: “I’m going to play a couple of songs if that’s alright with you.” It is as though the shy faced tattooed boy went through a shift in transmission, for the only thing that left his lips were Nashville country-styled rock before hurrying back behind curtains in an awkward and abashed movement. 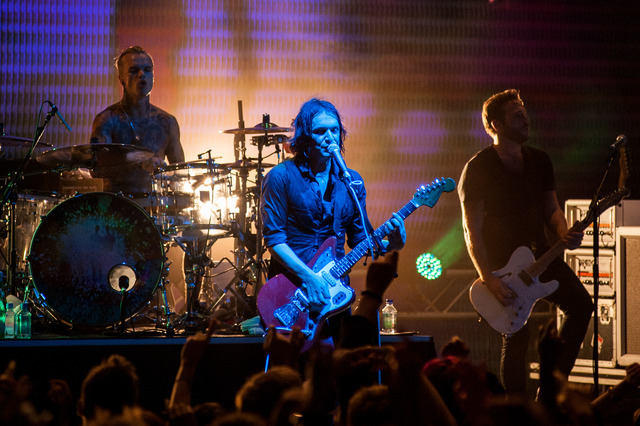 In what may be the most absolute perfect way to start a show, Placebo got to stage to a dreamy mash up of ‘Pure Morning’ and Sigur Rós’ ‘Svefn g englar’ Dressed in their trademark attire of black funeral wear, they pounded off to ‘B3’ from their 2012 EP with the backdrop going into transcending shades of pink purple and blue.

Stefan tall and lanky as he is, swoops around constantly bass after guitar, song after song, showing off his dual proficiency and his arsenal of weapons in the process. His moves are exaggerated and awkward but it is in the technic and manner he approaches the songs that prove he was more influential to the band that the band ever was to him.

Check out our interview with Stefan Olsdal of Placebo

In ‘Blind’, Brian distressed and haggard leads the crowd not with exacted confidence but like a chosen messiah, with the crowd his loyal subjects echoing his words and movements like a blurred reflection in the water. He whispers a bone-weary thank you at the end.

Being front row and center both its perks and flaws, I see the words, “This is a tough crowd” mold from the lips of Brian as they shied away lackadaisical from interacting with the ardent fans. It could possibly be the slew of press from the day before but Brian and Stefan dodging through most parts of the empty silence between songs left such a bad taste in my mouth but made up for by their new track, ‘Purify’. 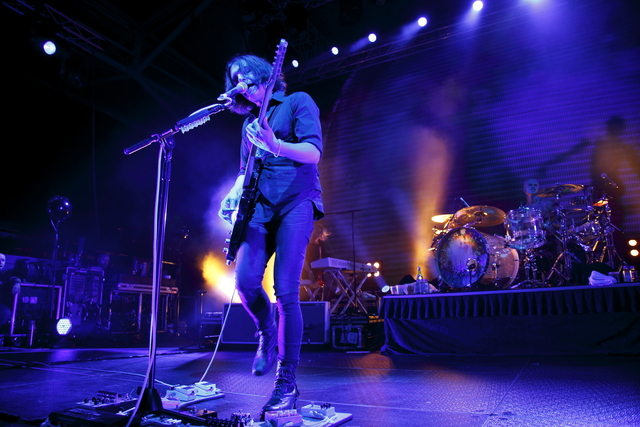 Placebo has always had their detractors with their fervent views on controversial subjects and their non-conventional approach to music, but their new songs seem to be holding most of them off. Tonight we get a special preview of ‘Purify’, the un-released, un-leaked, un-heard of and unaspiring eighth track off ‘Loud Like Love’. The clap-friendly track serves its purpose, veering towards their old ‘Meds’ stuff and yet houses Brian’s usual dose of self-loath almost like reconnecting with an ex lover. Sounding inspired by their older content of the late 90s, the song is thrilling and dauntless “there’s too much choice, the possibilities are endless/so wash away my sins, give me catharsis, re-magnetize my moral compass.” The chorus edgy with sultry imaginative lyrics like an excerpt off fifty shades of grey  “My kiss, can you feel it yet? In the back of your legs and the nape of your neck.”

There’s an interview that Brian admits he strives for a different sound in every album he writes, and I can see it shining through. Maintaining a much chirpier ring but with the same depressing outlook, ‘Too Many Friends’ is a strong contender for Placebo single of the decade with a catchy hook that carried the band’s stance against proper social interaction between individuals. Even though the album won’t be unreleased till September 16, this hasn’t stopped the fans from memorizing lyrics word for word and going into a jovial shout along that declaims Brian as a bad friend to have on Facebook. “I’ve got too many friends and too many people I’ll never meet and I’ll never be there for.”

But tonight was not all about the new titles though. With his hair looking a little like Edward Scissorsboy an hour later, Brian pours his anguish and heartache with a slowed down intro of ‘Meds’, which gently permeates into a fast hitting chorus. He sings a little out of tune on some high notes intentionally which the audience laps up vicariously.

In their rendition of “Running Up That Hill’, the audience galvanised and there’s something beautiful about seeing the entire crowd swaying like cherry blossom trees in the summer breeze. ‘Infa-red’ really placed things into perspective when Brian yelped out “I would be the one to make you cry.” The place was abuzz as the band bowed out hand held high as hearts started filling with turmoil. 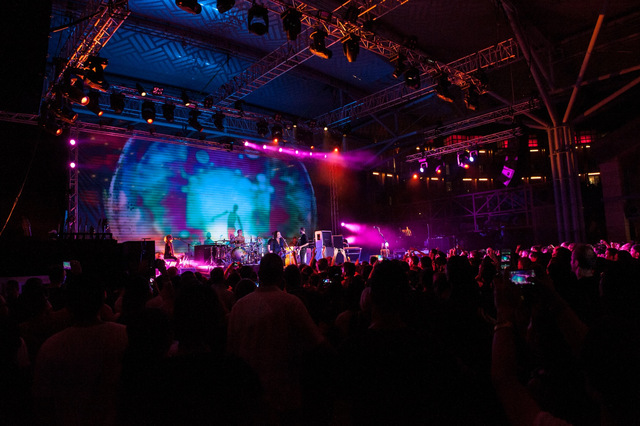 The entire show was like a three-legged race from start to finish; tears of laughter were shed and knees were bruised. The only take away was brief moments of tranquility and lull and a heavy heart that would take weeks to sooth. I spent most of the next few days patching up my scrummy Placebo-empty heart but there’s always comfort knowing that they play Soundwave next February.