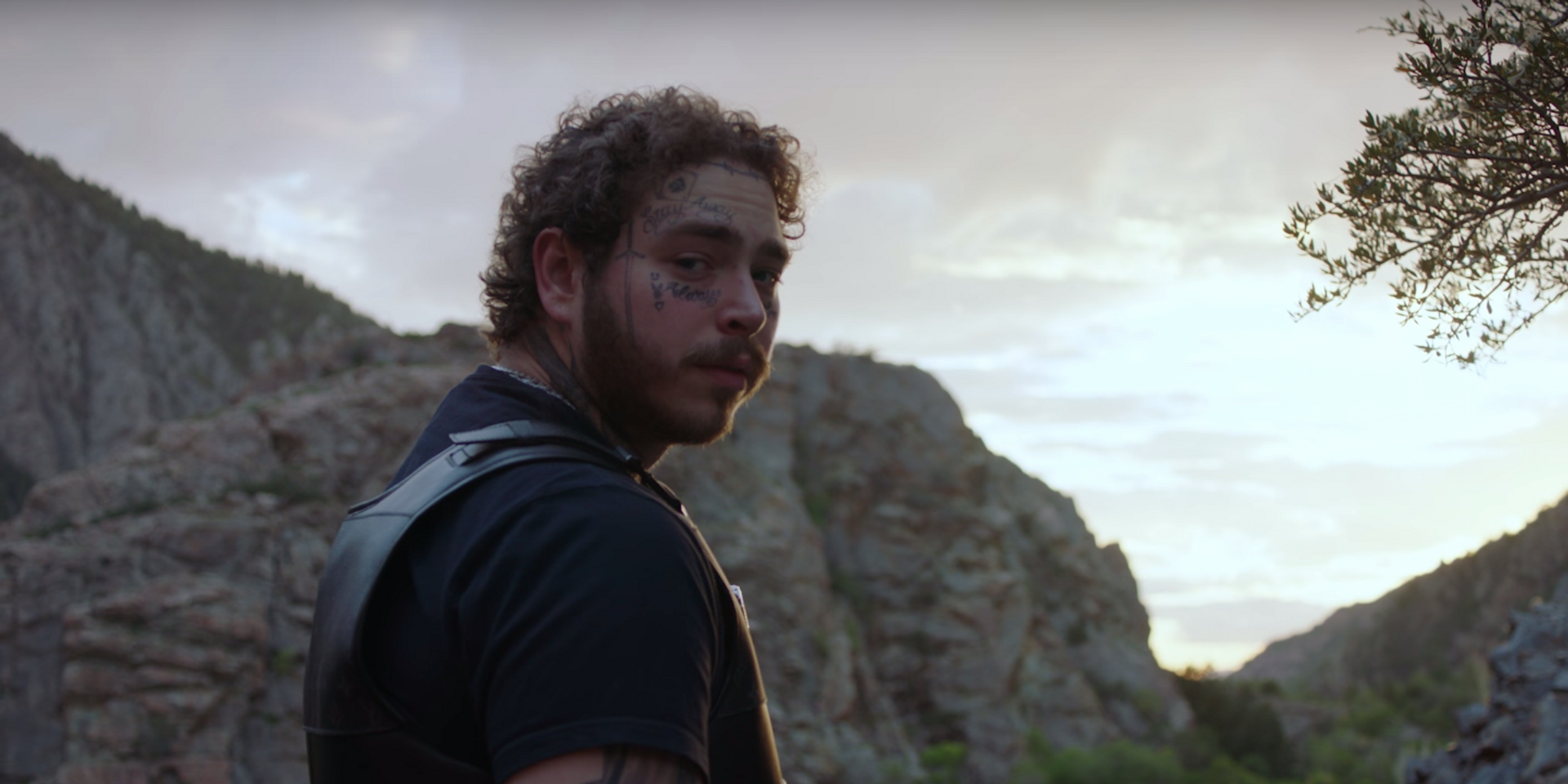 Post Malone has shared a new music video for 'Saint-Tropez'. This follows the release of the 'Circles' video, which dropped last week.

The cinematic visuals for 'Saint-Tropez' brings viewers on a journey into a villa the hills of Utah. It sees the rapper decked out in a three-piece suit and a Louis Vuitton utility vest. As the video progresses, he showcases his collection of cars and raps about his riches and possessions. Elsewhere, Post Malone brings viewers around the picturesque hills and into a room with a giant bear statue and a medieval sword.

Check out the music video for 'Saint-Tropez' below.