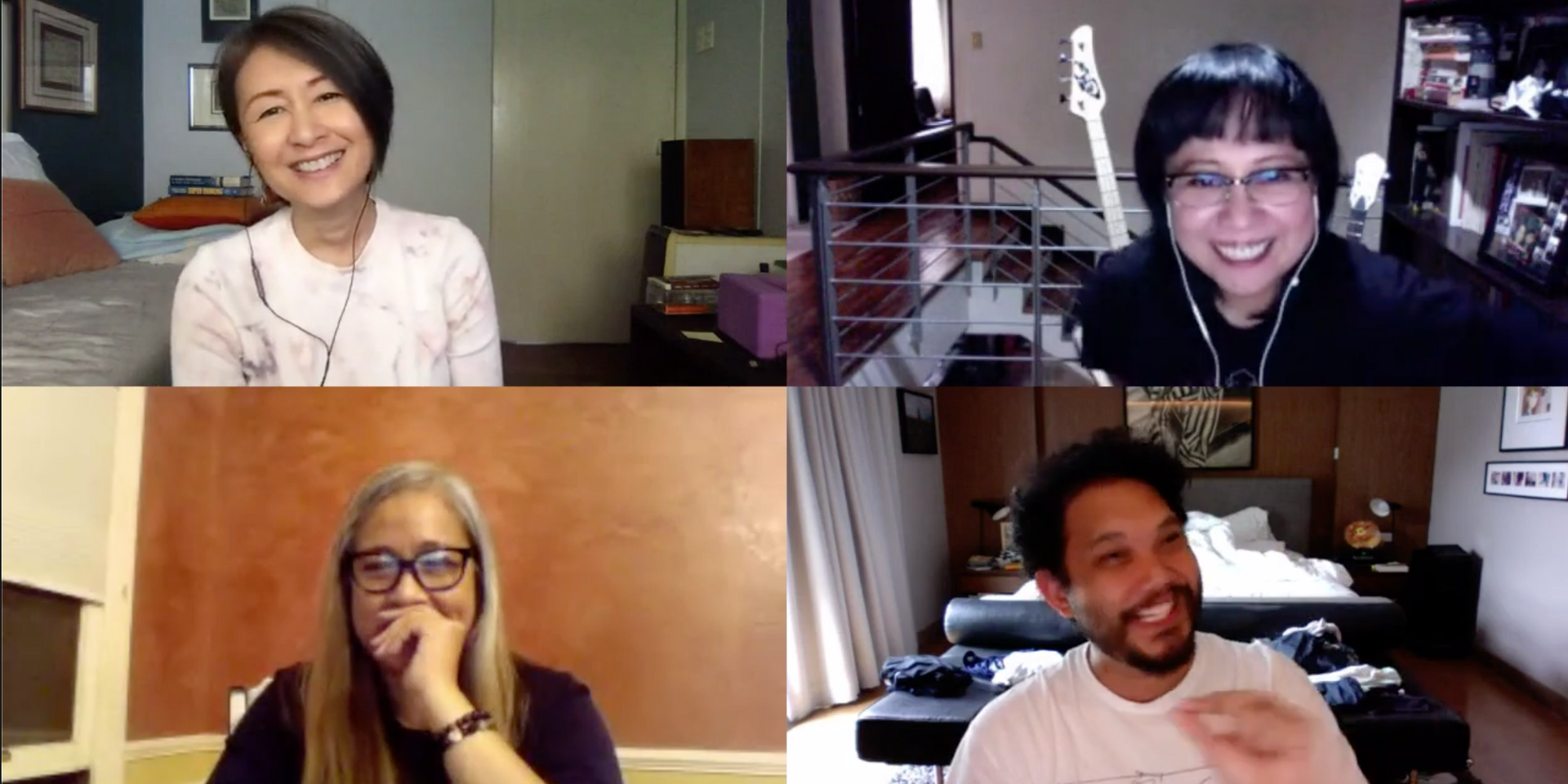 Taylor started the show with a shoutout to photographer Eddie Boy Escudero who recently posted old photos of NU107's days and "kinda kicked this [reunion] off, this super nostalgia trip."

The group ended up telling their origin stories and how they got their NU107 jobs, talking each other through technical difficulties, and sharing tv shows they're binging right now, as well as new music recommendations.

Eddie Boy Escudero tells us the stories behind the '90s photos of Francis M., The Eraserheads, Rivermaya, Teeth, Pepe Smith, and more

"We were powered by the listeners. We had these really young people who just loved the music that we played," Joyce Ann "Jaedee" Burton shares while sporting an NU107 baseball cap.

NU107 gave Filipino rock music a home on the airwaves, as well as recognition via the famed NU107 Rock Awards.

The radio station ended its 23-year run in November 2010 and signed off with its last song, the Eraserheads' 'Ang Huling El Bimbo'.