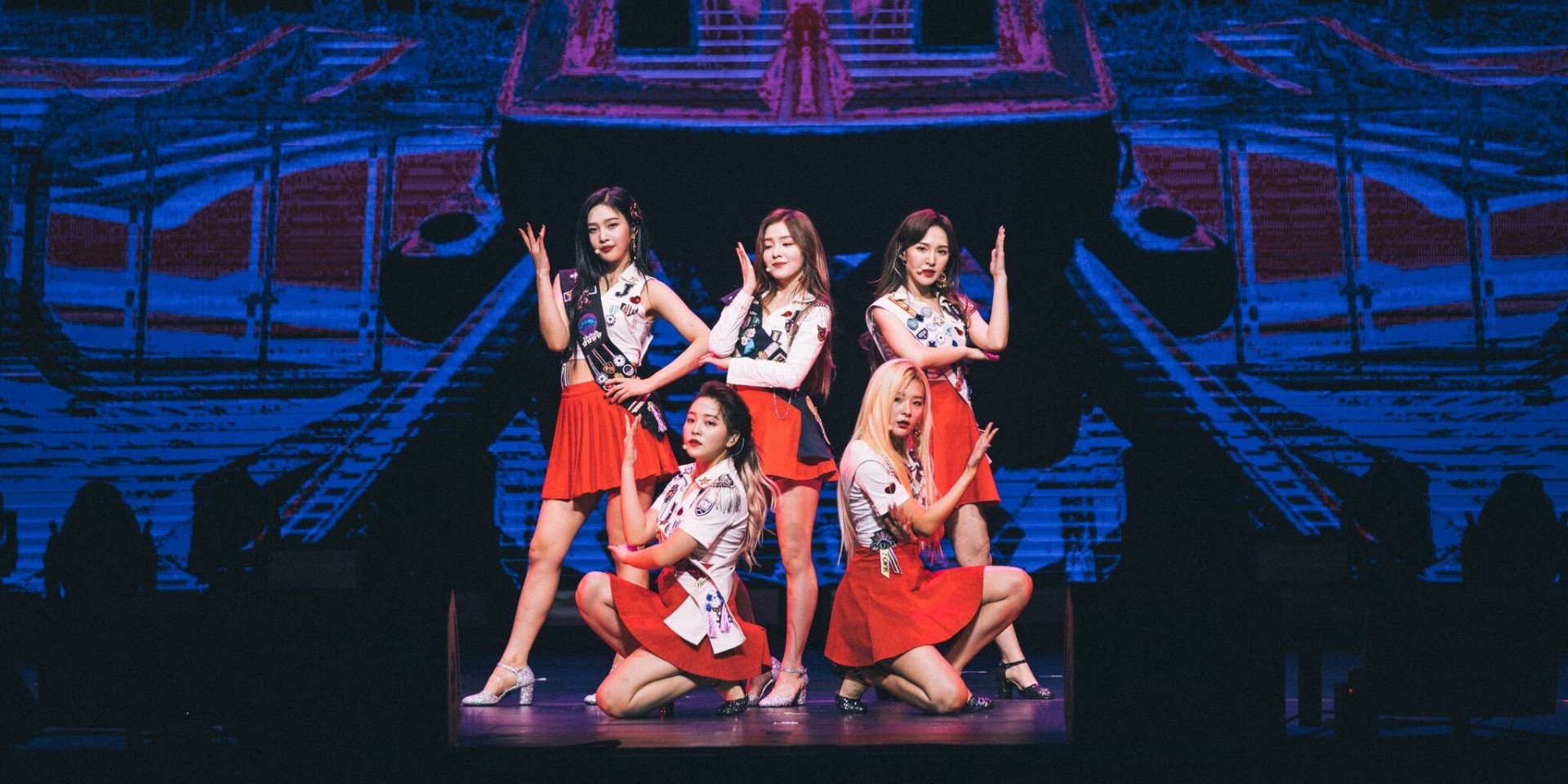 Words by Sherlyn Sim
Photography by Rock Media, One Production

Known for its strong yet feminine image, the group debuted in 2014 and consists of Irene, Seulgi, Wendy, Joy and Yeri. This marked their 1st solo gig, having performed alongside other K-pop groups in Music Bank in Singapore last August and The Shilla Beauty Concert last December.

Kicking the concert off with its upbeat tracks ‘Russian Roulette’ and ‘Power Up’, Red Velvet appeared in adorable sailor tops and red miniskirts. With catchy English lyrics such as '‘Heart B-B-Beat'’, the girls easily got their Singaporean ReVeluv (the name of their fans) singing along.

Next, the stage was transformed into a safari theme and the girls appeared in frocks and animal-ear hairbands for electropop tracks ‘Mr. E’, ‘Zoo’, ‘Happiness’ and ‘Hit That Drum’. Exuding both fresh and cute charms, Red Velvet utilized all four corners of the stage to meet their fans up-close-and-personal. 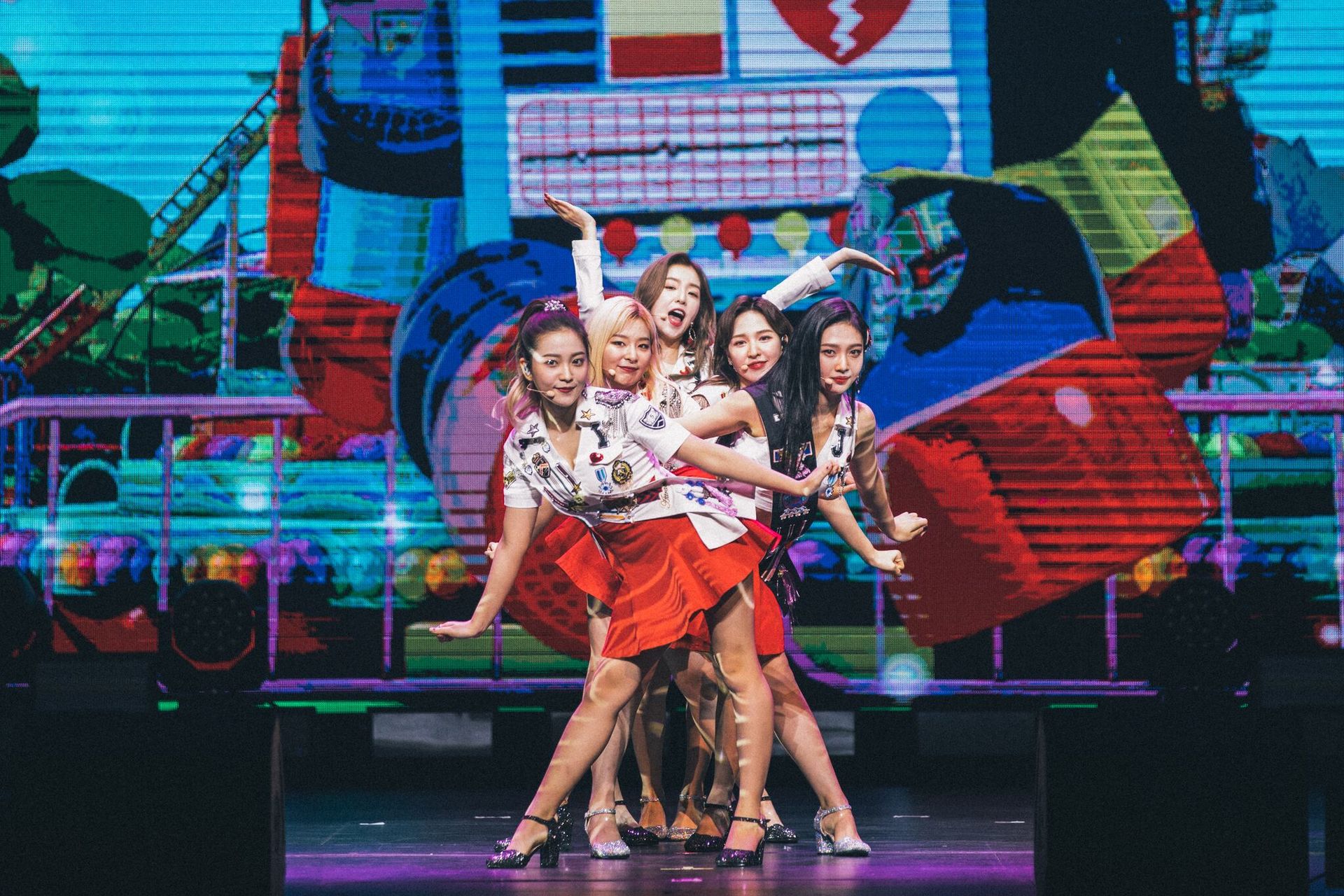 Though still in their cutely coordinated ensemble, the girls had no issue transforming into a sexy, more powerful version of themselves in a remix version of ‘My Second Date’. Taking turns to bust out moves in fast tempo beats, the girls turned the stage turned into a dance floor, with the help of the multicoloured laser beams. I was most impressed by 19-year-old maknae (youngest of the team) Yeri who showcased fancy footwork and voguing moves.

However, it was during the performance of ‘Bad Dracula’ that things took an unexpected turn. Member Joy injured her right elbow and had to be rushed to a hospital.

During the song, fans noticed she had been clutching onto her right shoulder in discomfort. As the song was over, Joy rushed off backstage and the members claimed she was facing an issue with her in-ear piece. To keep fans entertained, Yeri and Irene talked about their latest hair colours and food they ate in Singapore.

Soon, Joy emerged on stage with her right arm in a cast, obviously shaken from the episode. Breaking down into a pool of tears, she apologised to the crowd: “I really wanted to perform today but I heard I have to go to the hospital. I’m really sorry. I was looking forward to meeting our Singaporean fans but I’m sorry I got hurt. I hope you enjoy the rest of the concert.” 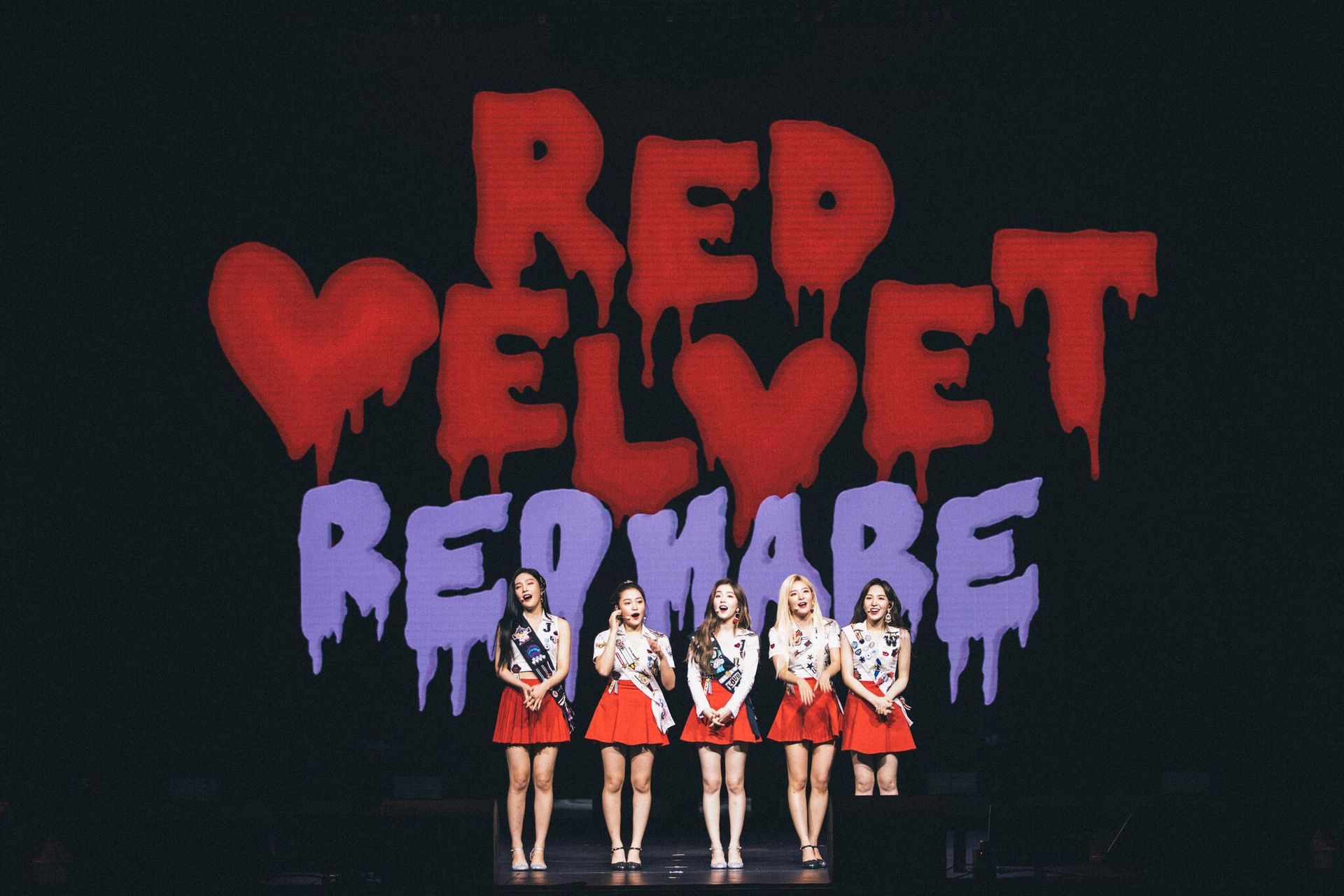 Though disappointed, Singaporean ReVeluv quickly chanted “괜찮아” which translates to, “It’s Okay”, assuring the 22-year-old singer that her health comes first and to cheer up.

Left to perform as a quartet, it was encouraging that Red Velvet performed ‘All Right’ next. Though visibly worried about Joy’s injury, the members tried their best to put aside the matter to give the fans a better performance. In return, the fans cheered even harder to support them.

In the subsequent hits performed such as ‘Moonlight Melody’, ‘Bad Boy’ and ‘Peek-A-Boo’, Wendy and Yeri covered Joy’s lines perfectly. The members also closed up the gaps where Joy was supposed to stand in their dance formations. Given the sudden events, the girls knew what to do, remained calm and continued on with the show. Needless to say, I was wowed by their level of professionalism.

Wrapping up the concert with ‘Ice Cream Cake’ and ‘Day 1’, the members finally openly shared their regret of not being able to perform with Joy. Wendy promised that Red Velvet would stand as 5 the next time it holds a concert in Singapore while Seulgi said that this experience will allow them to come back stronger as a team. 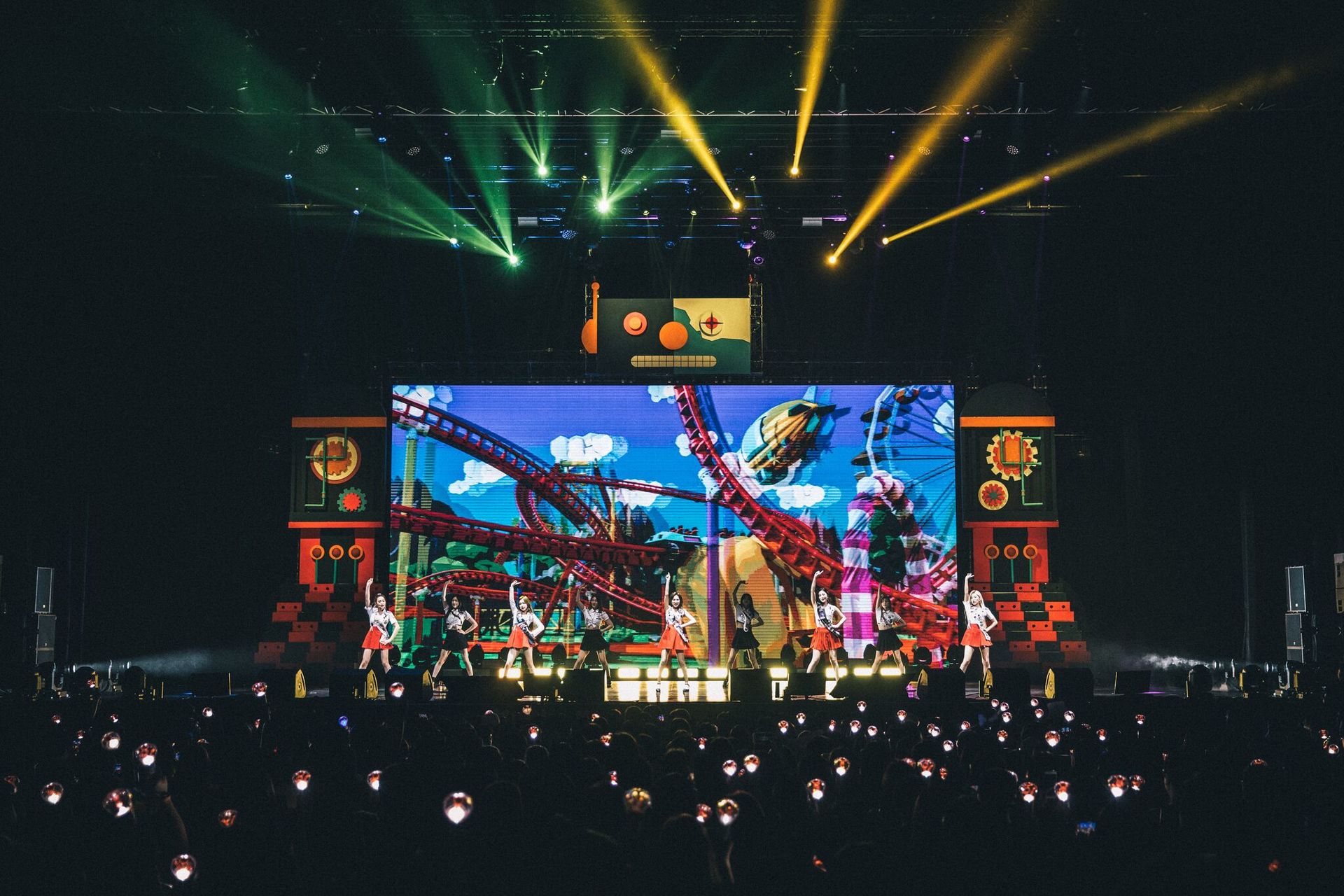 In the wee hours of Sunday morning, it was reported that Joy was “in a good condition, and has returned to Korea as scheduled” by One Production Singapore and that the pain was caused due to a sudden pressure on her muscle.

This was certainly an unforgettable night for both Red Velvet and ReVeluv. Not only did the girls get to showcase their professionalism as world-class performers, the members got to receive and overwhelming amount of love and support first-hand from their fans.

ReVeluv around the world also started to send Joy their good wishes using #GetWellSoonJoy on Twitter while the Singaporean fans in the theatre cheered even harder to give the remaining 4 members energy to carry on. As Wendy shared, we hope Joy is feeling better and we look forward to seeing Red Velvet together as 5 the next time the group performs in Singapore!

Special thanks to One Production and Rock Records for the invite.