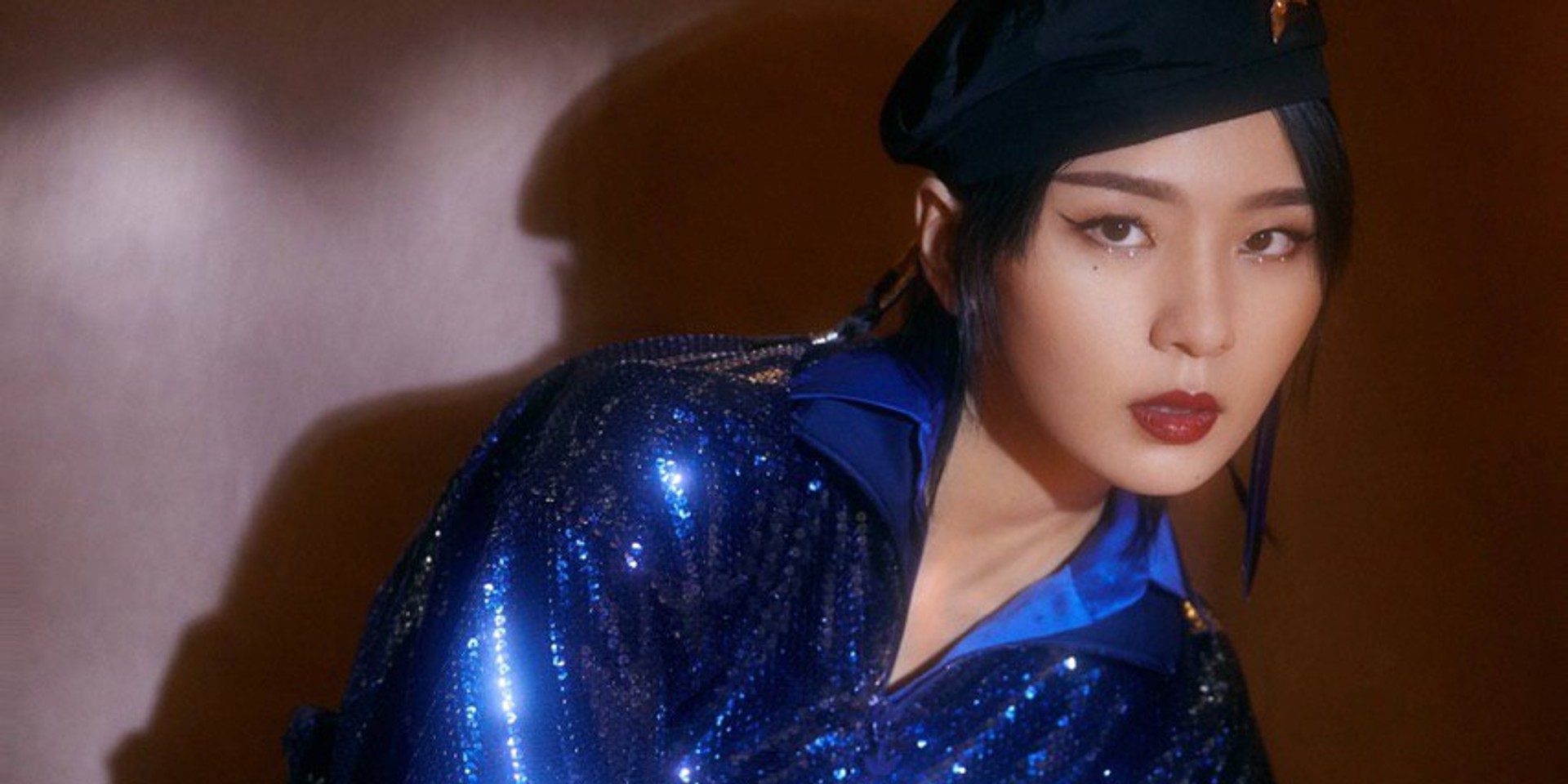 Bibi Zhou only talks when it’s about music.

Aside from the usual press announcements, her Weibo (the Chinese equivalent of Twitter) is also littered with seemingly random posts, from a string of emojis to onomatopoeic mumblings—all to fulfill her monthly quota of social media posts (“KPI”, her fans call it). It’s a long-running source of exasperation for them, but they accept any sign of activity from the artist with cheer.

These days, the Mandopop star has been opening up to the world: writing paragraphs about the music she’s been listening to (“Is she okay?” A fan wonders in awe at the foreignness of it all), posting regular updates, and even opening up her fiercely guarded home for a reality show (“You’ll be lucky to even catch a glimpse of the trash bin in front of her house,” fans had once told an interviewer in 2019).

Intentional or not, it feels like the dawning of a reinvention for Zhou, who stumbled into the industry over ten years ago. Something had shifted from the moment she released Not Typical and 重命名 in 2018, two albums that saw an array of electronic soundscapes, a departure from the ballads she used to put out.

With Lunar, her 2019 album, she makes an undeniable breakaway from the sonic identity she’s built over the past decade, expressing her new vision with sharp clarity and coherence. It's a triumph for the singer, who only started becoming more involved in the creative process two years ago.

“It’s my most complete album so far,” Zhou agrees, adding that it’s also the one she’s the most satisfied with. “After all, an album isn’t just a catalog of good songs thrown together haphazardly—it should be regarded as an entirety.”

Female empowerment appears to be the thematic centerpiece of Lunar, which “deals with the physical and psychological aspects of being a woman”. It’s a response to society’s singular standards of beauty, especially towards women. She knows that female empowerment may still be a touchy topic even today, but at this point, it's only natural to recognise that all women have their own unique strengths. “With the increasing propensity for body-shaming, we need to ask ourselves if we are capable of embracing ourselves as we are, imperfect and with flaws.” 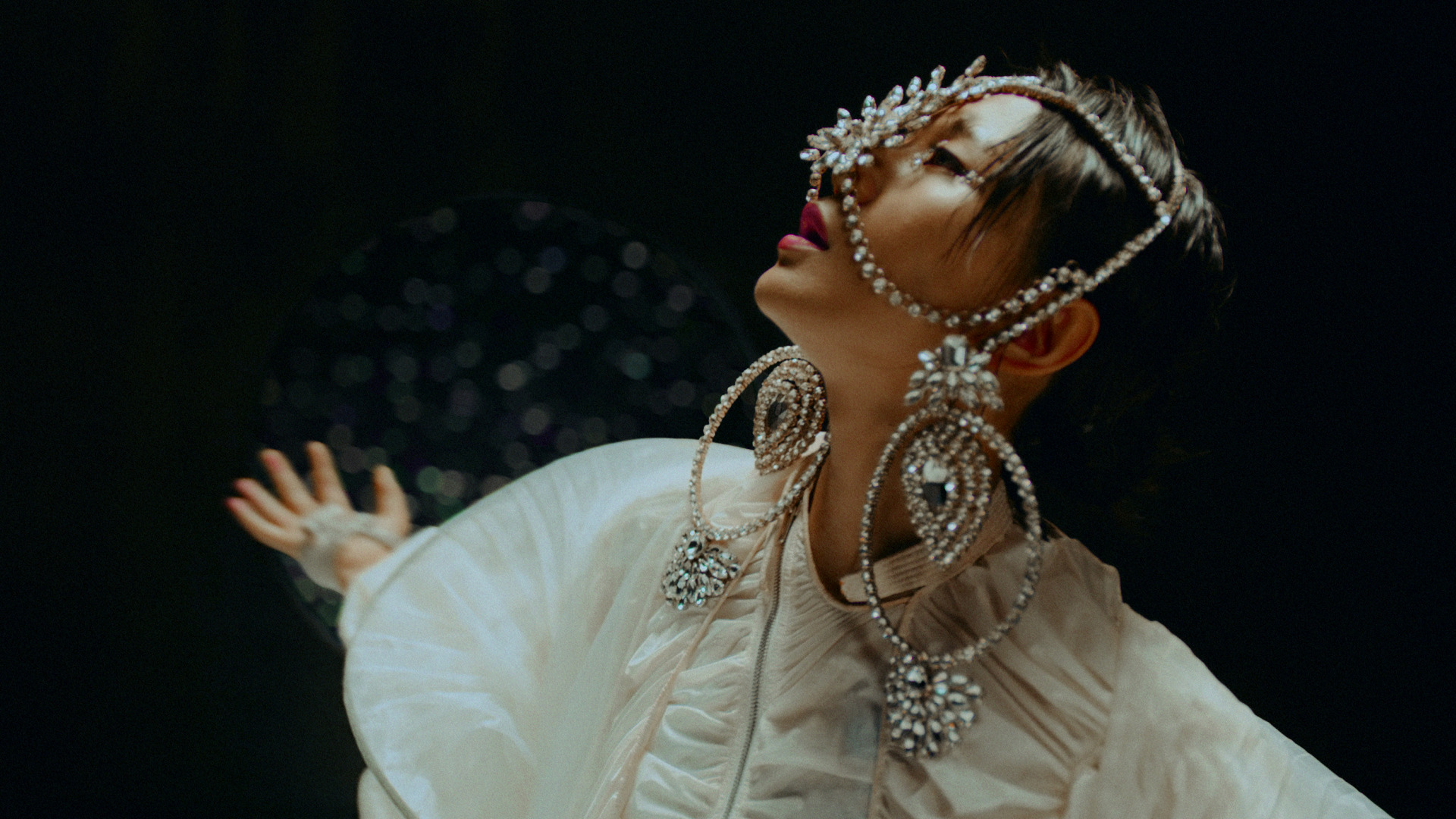 This tension is also explored in ‘女流 (Lunar)’. The music video itself is a visual wonder, directed by Canadian filmmaker Jodeb, who describes it as "an epic painting in motion that creates a dualism between uncontrollable forces, such as the moon and gravity, and inner struggles that are universal to everyone".

The video sees Zhou as a puppet in control of the characters tied to her orbit, performing a dizzy choreography of a struggle that mirrors not only the one between mind and body, but also women’s struggle with society’s scrutiny, she explains. The song itself is suggestive of the menstrual cycle, but she is suitably no-nonsense about this.

“Apart from conveying the message that this is a natural cycle, the song also aims to empower women, given that every month’s new cycle allows us to shed our skin and refresh ourselves. I hope people won’t approach this too awkwardly."

The making of the album saw Zhou explore her other hobbies. The singer is also known for her love for photography, having launched an exhibition in 2016, and even winning several awards for her photos in the past few years. This time, she's taken up the camera again in pursuit of the moon. Intended as a conceptual extension of the album, she worked with five artists to bring 'Lunar Phases' to life.

Liu Shiyuan’s work, ‘Full Moon’, left a particularly enduring impression on her. "She used curtains of different textures to create 8 passageways where a track that I composed was put on loop," she shares. "In one of the tracks, I recited a letter in English in a deeper male voice. The letter was about the Apollo Program—should the mission fail, the American president would have to personally inform the widows left behind. The male astronauts chase after the moon, the symbol of femininity, and have to leave something behind for their wives should they fail to return."

"Men and women; the endless stretch of time; reality and illusion; light and dark—everything comes together in this project. Even though Liu and I were in charge of two different aspects, when they came together as one, you’d find that art itself is a language that connects two seemingly disparate things together." 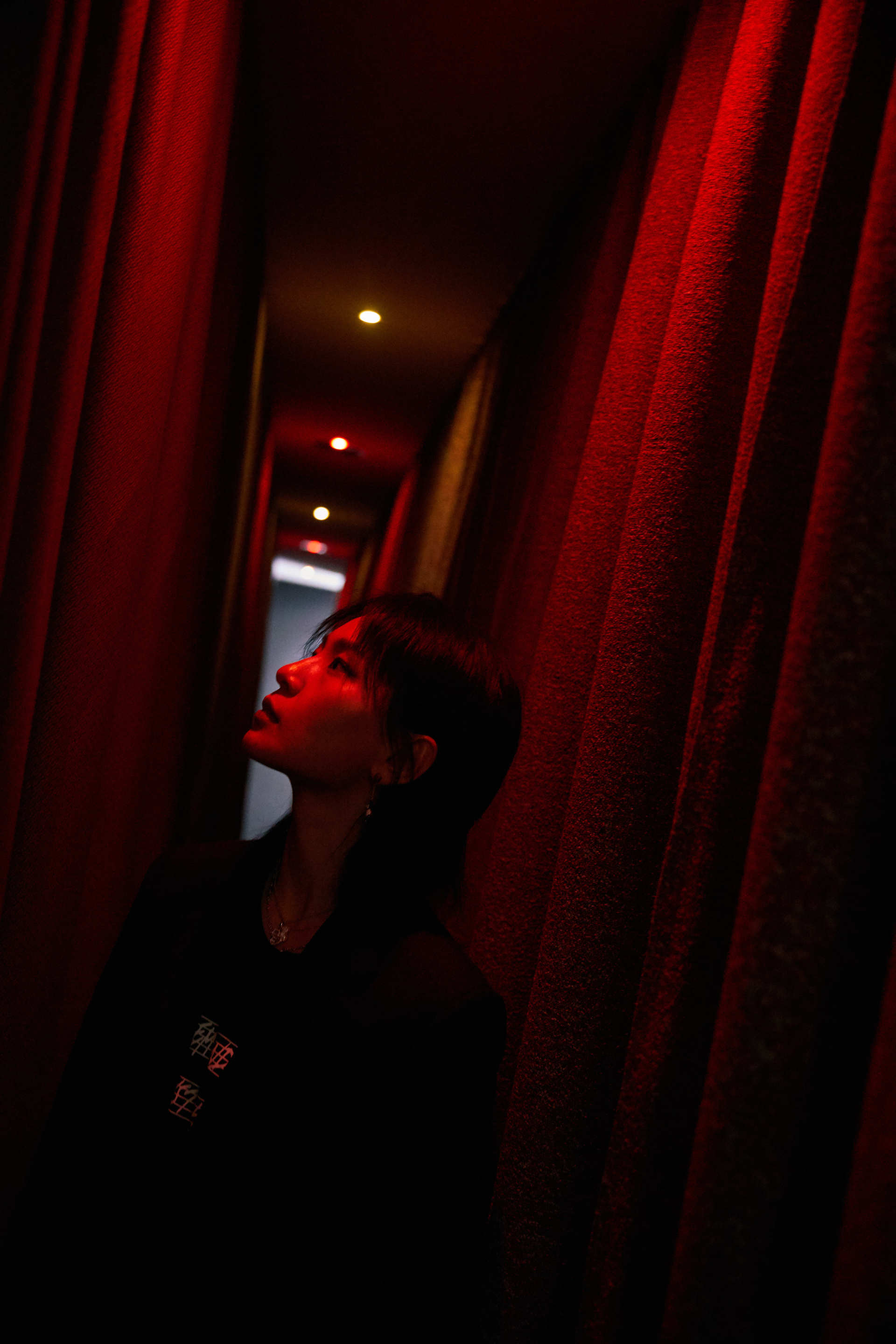 While Lunar marks a welcome change in direction, Zhou isn’t interested in boxing herself in by any means: “I’m more concerned with a song’s atmosphere. I think good music isn’t necessarily defined by genre; it’s more important for music to reach out and connect with listeners on an emotional and spiritual level.”

Even so, the album is proof that she’s getting close to fulfilling her own musical vision. She rides this momentum, effortlessly segueing to Slime, an EP which features four genre-bending tracks from her time at ‘I Am A Singer-songwriter’, and her latest single, ‘Dance’, one of her few songs that is sung completely in English.

The latter is a breakthrough for the artist, showing a bolder side to her that no one’s seen before. "Those who know me well would have observed that I’ve slimmed down recently. There wasn't a drastic transformation, though," she points out. "I did so in order to deliver my choreography when performing, as well as for health reasons." 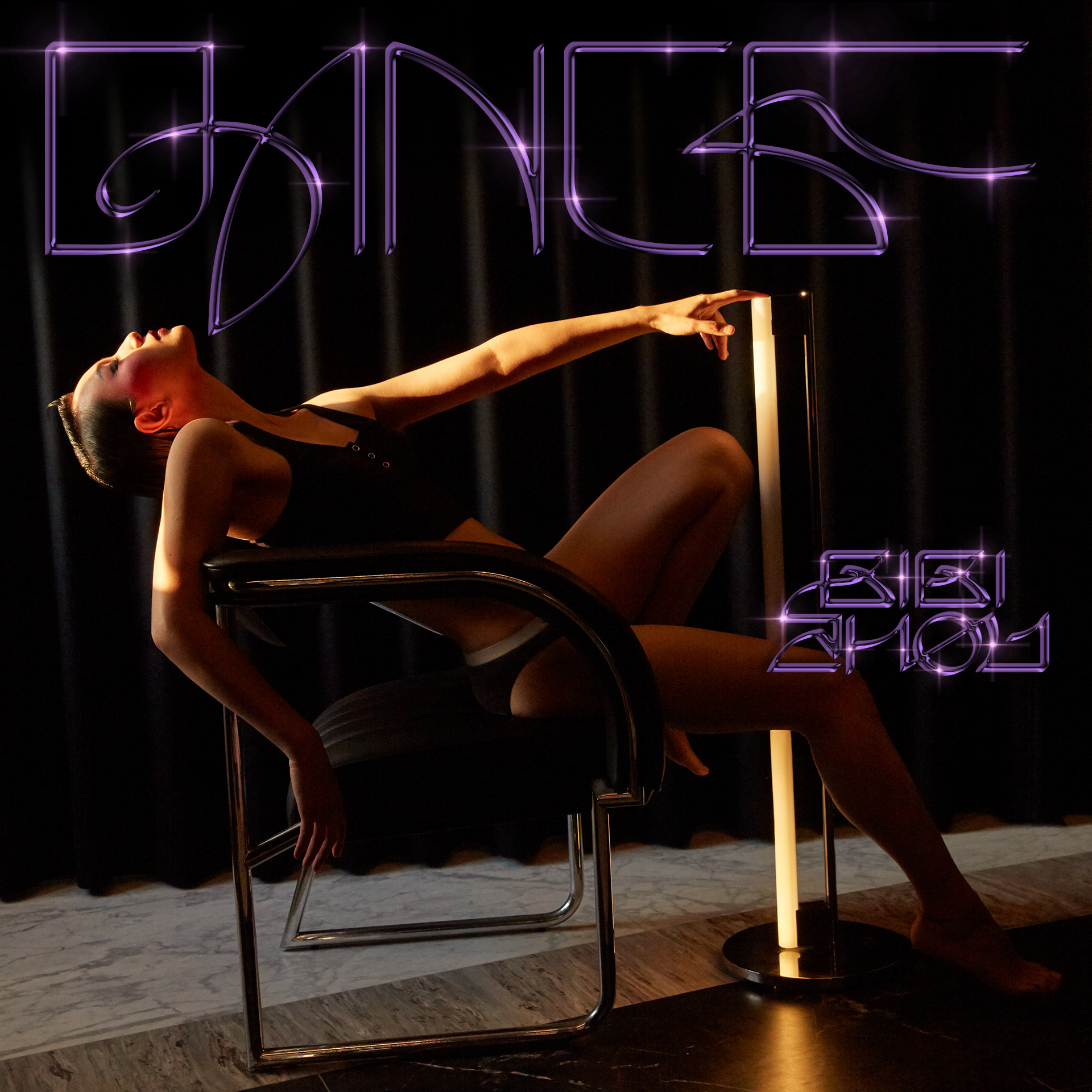 Ultimately, rather than promoting a certain body type, what she hopes to embody is a confidence that rises from within. “No one’s body is perfect, but we can all learn to love ourselves and work to be better.”

She thinks this empathy needs to extend beyond the way we view ourselves too. “The body is a fascinating medium—it belongs wholly to itself, yet it has to answer to other people’s judgement,” she muses. “We should be more careful with choosing how to look at others, and put more thought into how we can all treat this barrier between ourselves and the world.”

In the meantime, she's been giving her music some thought. "I think everyone got the space to pause and think more deeply about the kind of lives they want to lead during this momentary lag time," she says about the quarantine. "Right now, my focus is on getting back into the swing of things."

Fans have been clamouring for another collaboration, ever since her short video chat with Lauv a few weeks ago. The singer has worked with a decorated list of artists in the past, such as Epik High, Honne, and more recently, Alan Walker. "I enjoyed and admired their music," she shares. "I felt we could create something good together."

Whether she intends to strike up another collaboration in the foreseeable future is unclear. For now, she's busy recording a reality show that follows the daily lives of several celebrities who are living alone at home. It's a little out of the norm for the singer, who usually steers clear of reality television and rebuffs most attempts at a glimpse into her private life.

This reserved disposition is intensely at odds with an industry entangled with celebrity culture. She had been thrust into public consciousness overnight in 2005 thanks to the singing competition, Super Girl, which she had entered with great reluctance. In the following years, she would find herself struggling to reconcile the demands of fame with her own desire to keep a low profile in favour of focusing on her craft.

In a conversation with Yi Lijing in 2019, she reveals that most days, she feels like she resides at the periphery of the entertainment industry instead of being someone intimately attuned with its inner workings. Now, as she ventures into relatively niche sonic territory, does she worry about fading from mainstream attention?

“I cannot compromise on making the songs I want,” she once said, but she would seek to connect with her audience through other means, such as taking on more commercial opportunities.

She notes that there's a lot more creative freedom and diversity in the music industry now, expressing her hopes that more independent artists with strong composition skills and unique points can come forward and find a stage for themselves in the future: "I believe good music will always reach an audience." Even after 15 long years, at the center of everything, she is still all about the music.

With all the changes and milestones she’s experienced over the course of her career, and now as she finds herself on the cusp of something new, does she already have her sights set on the next goal? “I’m not really one to make long-term plans," she admits. "I’d rather just immerse myself in the present and do the best I can."

“But one thing that’s never changed is that I want to make meaningful music, so I can exchange my ideas with everyone. I want my work to endure scrutiny. These are the expectations I set for myself as a musician.”

Listen to 'Dance' below.