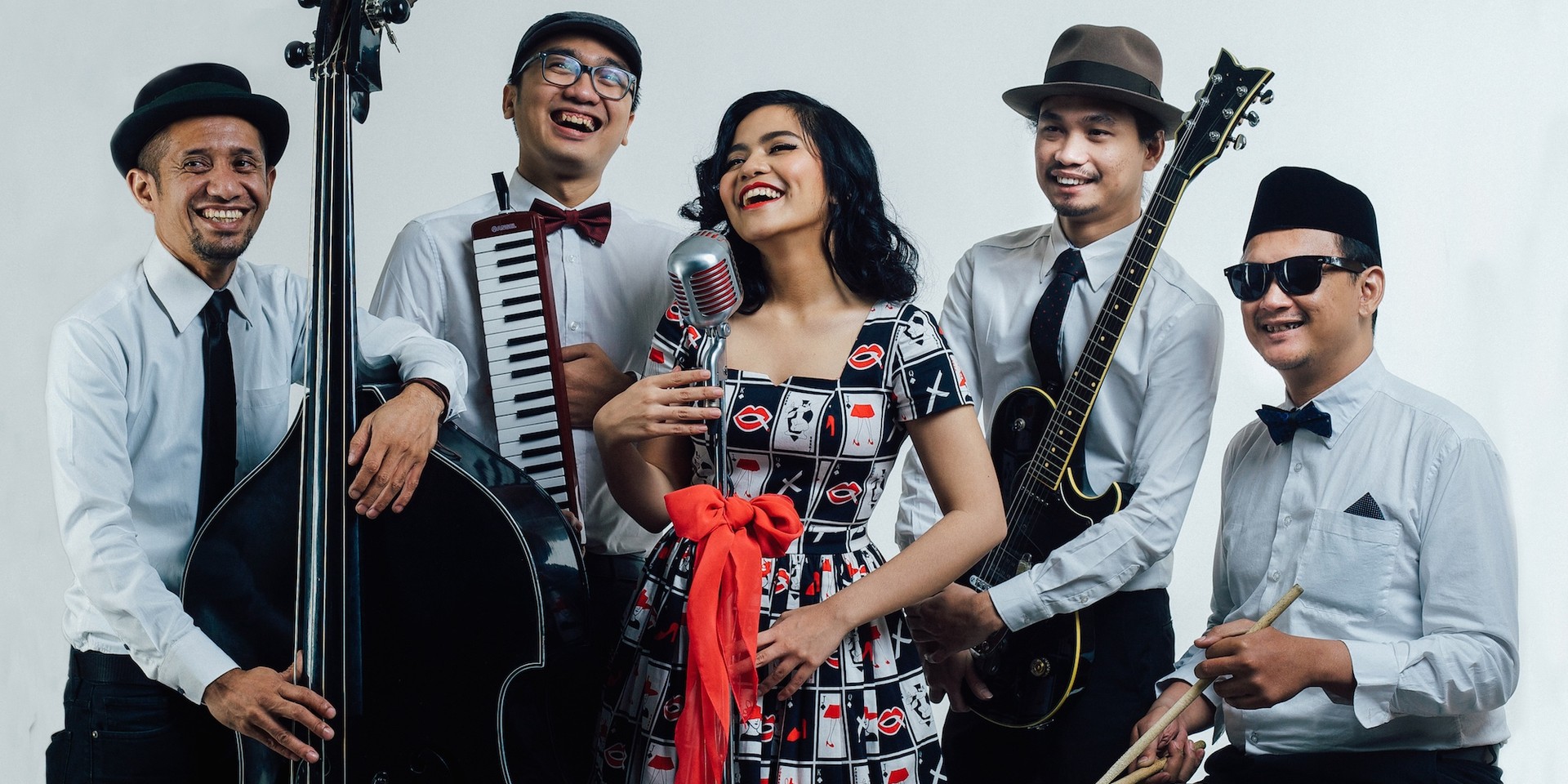 The Indonesian band, Deredia was named after a combination of two vocabularies of the Flores language, Dere (which translates as: sing) and Dia (which translates as: melodious). Deredia revives the sounds that were formerly widely enjoyed by the public at large. Classic pop with a touch of manouche, jazz, rockabilly, ragtime, dixie and country are presented in the musical style of Deredia.

Inspired by the duet Les Paul and Mary Ford, Dede and Yosua took the initiative to form a band with a musical nuance from the sweet duet's era. Yosua and Dede later invited Raynhard, Aryo and Ical to join the band, and together they started working.

The blend of five musicians with different backgrounds produces a distinctive music which takes singers with a vocal that is in harmony with their musical style. The search of the vocalist took more than a year until Louise joined the band. With a full six personnel, the production for their first album began. There are nine songs included in Deredia's debut album 'Bunga & Miles'. But after the release of their first album, Dede quit the band, leaving it with just five personnel.

Louise pours a touch of a certain poetic tic on her diction on the nine unique-themed songs from the album, such as 'Fantasi Bunga', a song that tells a story about a beautiful woman who's not married until her old age; 'Kisah Mencari Seorang Raja', is a song about a group of women who struggle to find their life partners; there's also a song that represents expression from the heart of the employees who feel pressured by their autocratic leaders, which is titled 'Sir, Yes Sir!'.

There's a special story behind 'Sir, Yes Sir!', it tells about screaming from the heart of employees who have qualified skills but can't seem to do much and make arts because of their autocratic leader. On the first two verses, it tells about the condition where they can only fulfill their bosses' order. Always working overtime until late nights but all the work still can't seem to satisfy their boss. From the midst towards the end of the song, the employees began to rebel to their superiors. The lyrics of the song was made based on the story of Louise's friend who had experienced the same thing.

Deredia was also known through their YouTube channel, they did covers of songs from the 1950s throughout 1960s era. Their live performance video managed to steal the attention of music lovers through songs like 'Hari Lebaran', 'Lagu Gembira' featuring Alsant Nababan, 'Bersuka Ria', 'Ayam Den Lapeh', 'Nurlela', 'Supercalifragilisticexpialidocious' and others. These live performance videos on their YouTube channel are entitled #LIVEATKLAUS.

Getting to know the personnel, Louise grew up in a beautiful small town called Tembagapura where she spent a lot of time to enjoy music. Her love of music was inherited from her father who once had plunged into the music world. Louise decided to become a singer because of the great influence from Disney film soundtracks. She started her singing career by joining a few communities such as Susvara Opera Company and Indonesian National Orchestra. Now she actively sings in a couple of top hotels in Jakarta. Ella Fitzgerald and Beyoncé played a huge role up until Louise finally found her own character.

Guitarist Yosua's expertise began from his mother's coercion. Her mother was a classical pianist which led Yosua to explore that music deeper. But eventually, rock music was the one that cultivated his love for guitar. On his daily life, Yosua works as a mixing engineer in Palu Musik Studio. He has worked with famous musicians such as Parlin Burman Siburian, Elfonda 'Once' Mekel, Kotak, Viky Sianipar, and Sherina Munaf just to name a few.

Drummer Aryo loved drums since an early age, taking him to the profession as a session drummer for Viky Sianipar and Melly Mono. But his career as a session drummer isn't enough to channel the abilities he possesses completely. When Aryo joined Deredia, it became a point where he could spill all his feelings through playing drums. The drummer that is influenced by Peter Erskine holds a quite different life principle, "Life is already hard, don't take it lightly," says Aryo.

Pianist Raynhard, the youngest personnel in the band first began playing piano in the church. He started wanting to explore music further after hearing the timeless tune 'What a Wonderful World' by Louis Armstrong that was introduced by his grandfather. Now he works as a music arranger in Viky Sianipar's production house. There he gained experience working in events such as Harmoni SCTV, Urban Jazz Crossover, playing with Rossa, Elfa's Singers, Putri Ayu Silaen, and other great musicians. Raynhard really loves jazz and other music in style of the old-time.

Bassist Papa Ical was born in Ruteng-Manggarai, Flores, he had a passion for music since his childhood. Until now, the songs he used to listen in his childhood still influence him. Music always calls him to learn about life and appreciate all of God's creation. For Papa Ical, playing music with many musicians makes him learn about a whole lot of things. Now he's one of the men behind Viky Sianipar's production house.

Guitarist Dede, born in Medan, is the son of a drummer. He inherited his father's musical talent as he chose drums as his main instrument. His distinctive drumming style can be heard through a lot of work produced by Pay. But his love for guitar strumming led him to be the guitarist and music producer for Ipang Lazuardi. Getting fed up of being a producer across the Indonesian music industry, Dede is now back on stage. In addition to playing for Deredia, he also actively plays as a drummer for the band BIP and guitarist for Ipang Lazuardi.

Watch the live video of 'Lagu Gembira' below: 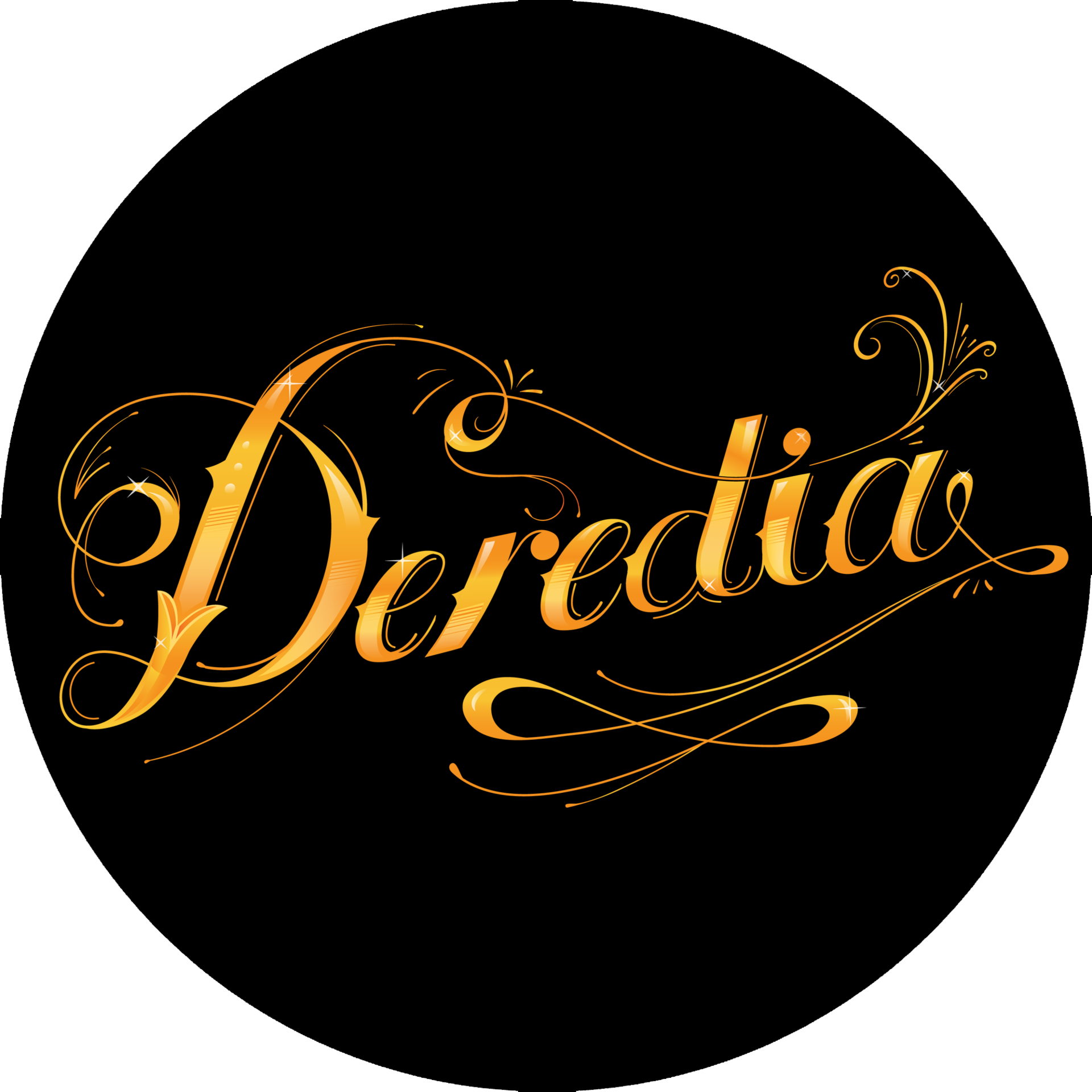