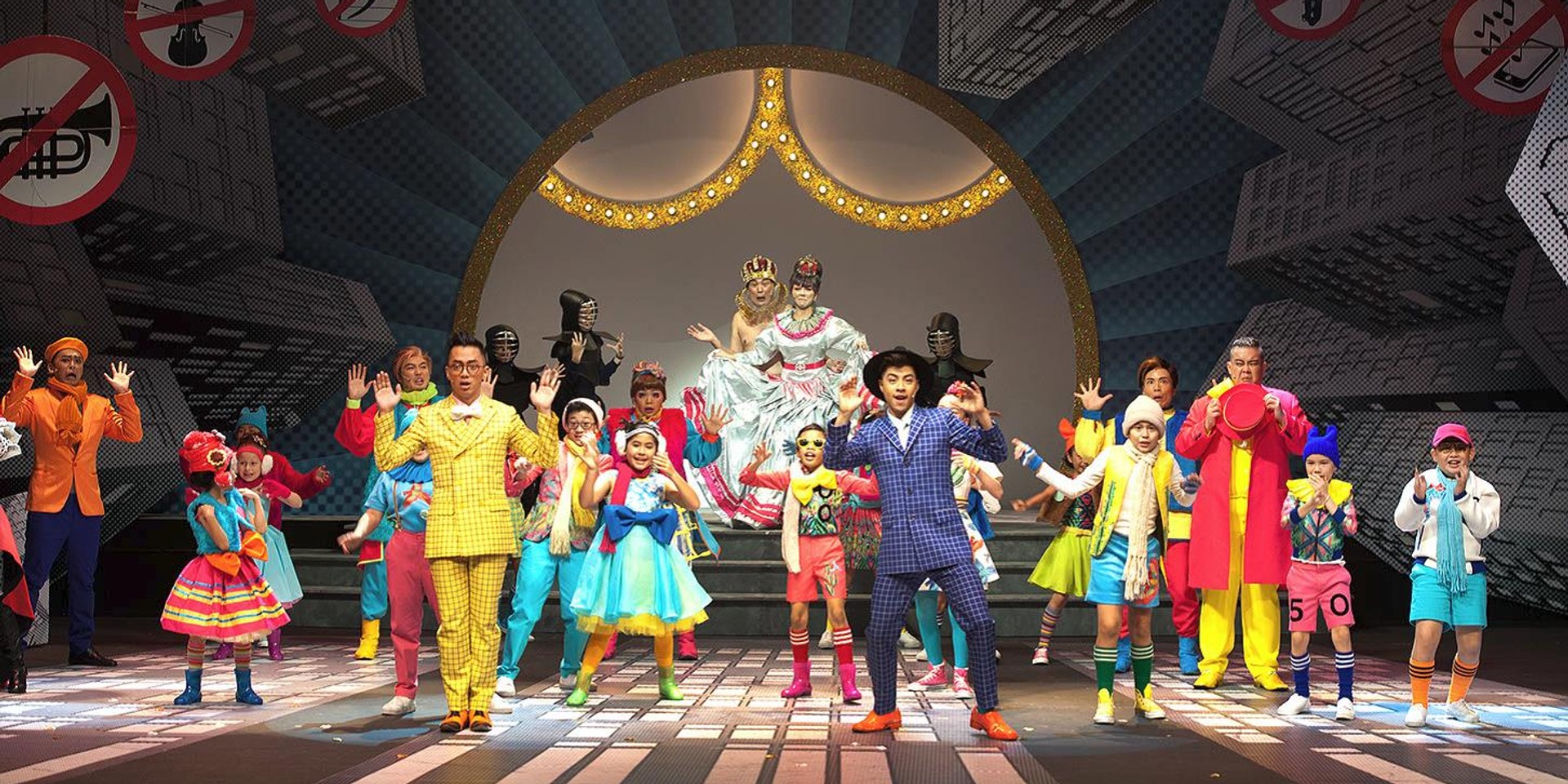 The first pantomime/musical I ever attended featured a certain Magical Flying Dog. That wasn’t merely a description of the enchanted canine’s aeronautical prowess—it was his name; so much for creativity.

Being a family-friendly event sanctioned by my childhood church, the show must have had some moral takeaway, but all I remember is that the dog was purple and that the self-absorbed bastard kept referring to himself in the third person. And the song: “Ma-gi-cal FLYYYYY-ing DOGG...”, naturally. You will understand if I was not a little hesitant to discover what airborne monstrosity awaited me at the Drama Centre Theatre.

My fears were, thankfully, unfounded. W!LD RICE presented a thought-provoking, sometimes hilariously incendiary, pantomime that flew (sorry!) in the face of everything I had come to know about family-friendly audience participation.

There were certainly bawdier moments too. One such moment involved Singapore’s favourite hamsum bo’-boy, Benjamin Kheng, who plays one of the tailors. Incited by the Empress, the audience demands that the hapless tailor “TAKE-IT-OFF! TAKE-IT-OFF!”. The relative lack of audience participation at this point was somewhat bewildering to me. I for one was merrily chanting away very loudly. 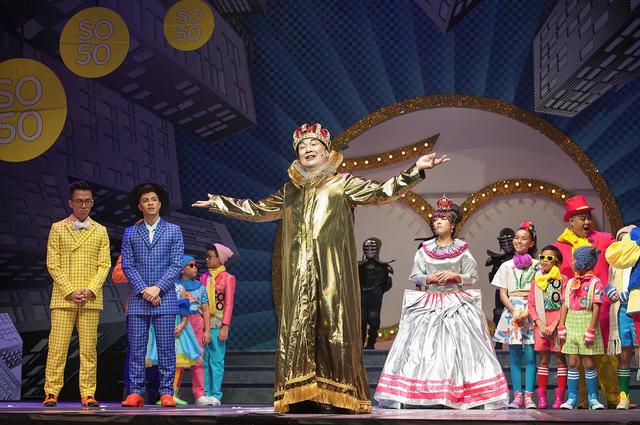 Using music and fashion as metaphors, The Emperor's New Clothes is a thinly veiled, satirical romp of saucy political jabs with a liberal sprinkling of anti-establishment nudge-nudge, wink-wink. In addition to its indulgently slapstick tone (which I thoroughly enjoyed), the pantomime reveals surprising depth beneath its flippant surface.

Among other issues, it raises socially relevant questions regarding government control, public vilification of individuals, and the things that are lost with a system of sterile obedience, challenging the audience to reassess prevailing attitudes. It would be pointless to overthink the metaphors and force a parallel with every facet of Singaporean society. This production is, if anything, more parable than allegory.

The writing is strong and manages to address the most serious of topics using the most agreeably puerile of methods, although the characters of the two tailors, Nate and Khai, and their motivations could be further developed. That said, Sezairi (Khai) and Benjamin Kheng (Nate) are thoroughly charming in their portrayal of the, ultimately, likeable mischief-making duo. 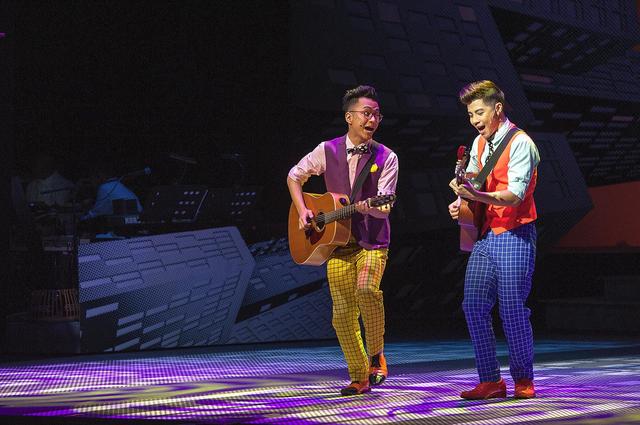 Despite the general wisecracking tenor of the production, there are moments of great tenderness such as the bedtime scene featuring the Emperor and Empress' duet. Audrey Luo, who plays the Empress, manages to move beyond her character's hilariously melodramatic schtick to a genuinely heartrending portrayal of a hurting wife. Theatre veteran, Lim Kay Siu, pulls his weight to make this the highlight of the evening. The musical theme of the duet returns transformed later in the performance, taking on new meaning to great emotional effect.

Indeed, the music for the show is a highly memorable progression of waltz, funk, swing, and mariachi brilliance (among other genres) courtesy of composer, arranger, and music director Julian Wong. He and his bandmates Vic Veerappan (drums/percussion) and Colin Yong (bass/keyboard) serve up a mighty sound. Their presence onstage underscores the importance of the music metaphor in this production. The storytelling is also greatly helped by the convincing acting and accomplished singing of the cast, their delivery bolstered by an unimpeachable sense of rhythm—a rarity in these parts! 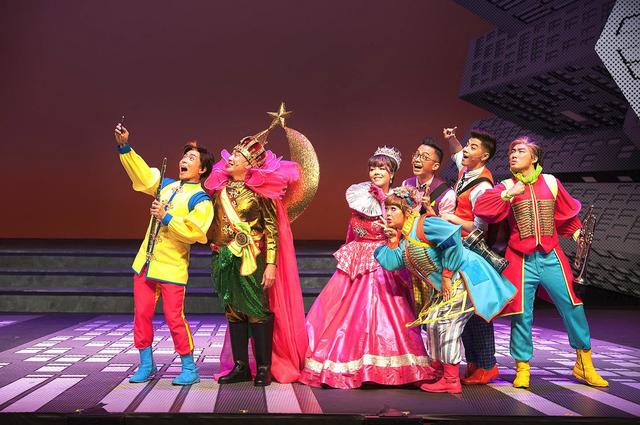 The show's social commentary is not always nuanced, but it displays an abiding subversive cheek that is hugely satisfying. Seeing as it is lighthearted musical theatre after all, this is not so much a criticism as something to bear in mind—the overtly farcical antics of the entire cast (not least the captivating buffoonery of the three ministers) ensure that the audience, while complicit in the anarchy onstage, obedient to the last in their singing along and clapping on cue, never forgets to keep their tongues firmly planted in their cheeks. You know you're dealing with something special when the usually reticent Singaporean audience gets noisily involved. 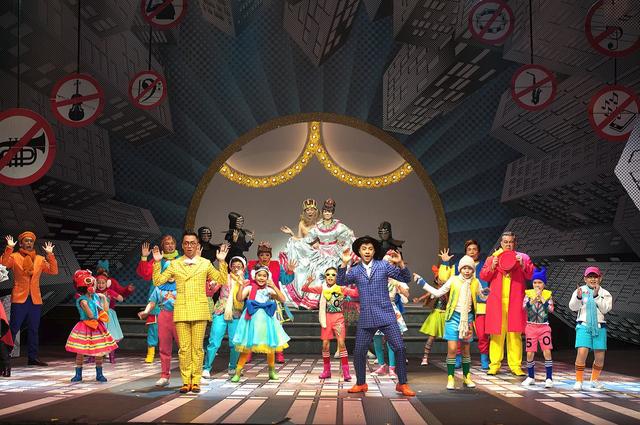 The exceptionally musical cast and their instrument playing (Did you know that Lim Kay Siu could play the violin? I did not!)

Benjamin Wong (as the Minister of Imperial Communications) for his crystalline falsetto and coloratura stylings, not to mention his masterful flute playing

The Emperor's New Clothes runs till the 12th of December at the Drama Centre Theatre. Tickets are available from SISTIC here.