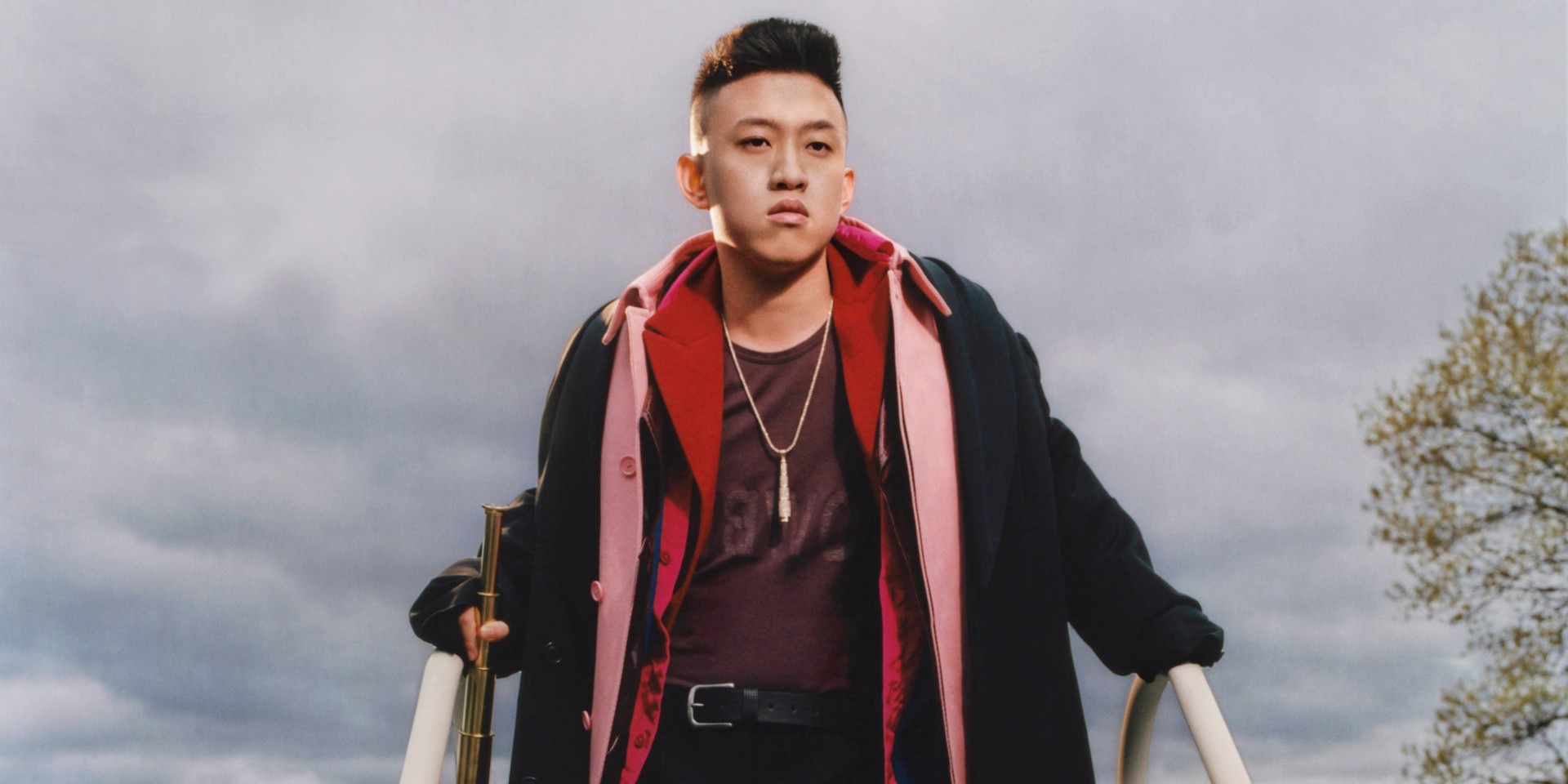 No matter how you feel about the Rich Brian name change, one thing is inarguable: It ushered with it a sense of hunger to make a mark beyond the obvious limits of virality. It showed in the music, which feels infinitely more realised and considered than what passed from his hands during his launchpad phase. The most recent manifestation of this veneer is the Indonesian rapper’s 2019 sophomore album The Sailor.

The record’s most immediate and compelling prize is that it shows the world two things that have been hiding in plain sight: Brian’s nimble pen and the depth of his humanity. During his come-up, he rode on a buoyancy of humour that was thoroughly of the Internet-defined zeitgeist. In this sense, The Sailor feels like a self-correction. It’s a planting of the flag on something timely but timeless. It speaks to and for instead of at. And for these reasons, positions the 88rising star at the forefront of hip-hop’s multicultural future.

In this interview, Brian delves into how and why The Sailor came to be.

What does The Sailor mean to you?

The Sailor is a very special album. To me, the sailor is somebody who's an explorer, somebody not afraid to explore into uncharted territories, and somebody who has real big dreams. I came to the US when I was seventeen years old, without my family. Looking back, that was a really crazy and ballsy thing that I did but at that time, I don't remember feeling scared about it at all. I feel like I didn't have any time to be scared. I've been dreaming for something that big. I was so focused on that dream and as crazy as that was, I feel like there's this bunch of other kids out there that threw their lives out. When I made this album, I wanted it to be relatable to those kids.

This is also the most personal songwriting you've put out, ever.

My approach was different from the last album in the sense that I'm a lot more focused on the actual words that I'm saying. In my last album, I was still trying to find my approach in hip-hop; I was focused on the actual flows and how it sounded phonically. Now, I'm a lot more focused on what I'm saying and what the song is about. Nowadays, whenever I go outside and hear somebody saying something cool, I would write it down in my phone and when I'm actually in the studio, I would sort of go back to that. And I would come up with a bunch of these lines that are very much related to something somebody actually said and which turn out to be very conversational.

As a rap album in 2019, it also has a noticeable lack of features.

If I feature somebody on the song, that person should actually make the song better. I wouldn't put out a rap song just to have a rap feature. It would have been really cool to have another rapper feature this year but it also didn’t make sense that we’d discard what we had. I’m totally fine with it. I’m happy with listening to how the songs sound. I just feel that we shouldn't do anything for the sake of it.

And how did RZA get to be on the record?

That wasn't planned. We were in New York, and he had written to me and set up a jam session. He showed up with his manager and his daughter. When he came, he pulled out his phone and showed me a lot of shit he had written in his notes. Then he started talking and being very philosophical, sharing about how Wu-Tang first came together and how he was inspired by Asian culture. I went, like, that's what this album actually means and he was saying that that's cool. It happened like that. It was definitely a very legendary moment.

There are so many instrumental transitions that happen within the songs on The Sailor. That’s one of the best things about the record.

I've always loved transitions in music. It's something that I'm excited about but I haven't heard cool transitions in a while. A lot of the songs in my album that have transitions happened naturally that way. For example, in 'No Worries', there’s this crazy piano transition and subsequently a change into this hip-hop beat. That came about when I was trying to kill boredom one night with my friend and, all of a sudden, I discovered this chord progression, which made me think that this could become a really crazy song, so I made a beat and put the chords on it.

When I first started writing on 'Yellow', I was consumed about the whole sailor and Asian identity concept. I was at a weird spot in my life when I wrote that and all I wanted to do, then, was write about exactly how I was doing at that time, so I did. On the second bridge of ‘Yellow’, when the beat transitions to this whole different vibe, it feels a lot more hopeful and emotional. It was then that I realised, that I can talk about this whole topic that I've never touched on with this platform that I have. That was how 'Yellow' started to take shape.

Do you think of The Sailor as more than just a rap album, then?

Absolutely. I think the biggest difference between this and my last album is my mindset when I was making it. A part of me is always excited to come up with some really cool and sick hip-hop albums. At the same time, I realised there is a lot of rap going on in this album that reignited the thought that this could be something completely new. I'm just me, but the whole point is, you never know if this could be the next classic album. This could be this whole new thing that nobody's ever heard. I was certain this could be really crazy.

The main message that I'm always trying to push for, as an artist, is not being afraid to be yourself and not being afraid to change it up and explore being whatever it is. For me, it was wild just coming to America, so I feel like people should not be afraid to fail. I really want to inspire other people and make them feel like what I do is possible.

I know what it feels like to be motivated and inspired by somebody. I felt that a long time ago when I saw a video of Tyler The Creator. When I saw that, I was reminded of myself and that was when I thought everything is possible and I can actually do this, so, that night, I started writing down lyrics. That's the main impact that I want to leave on people. 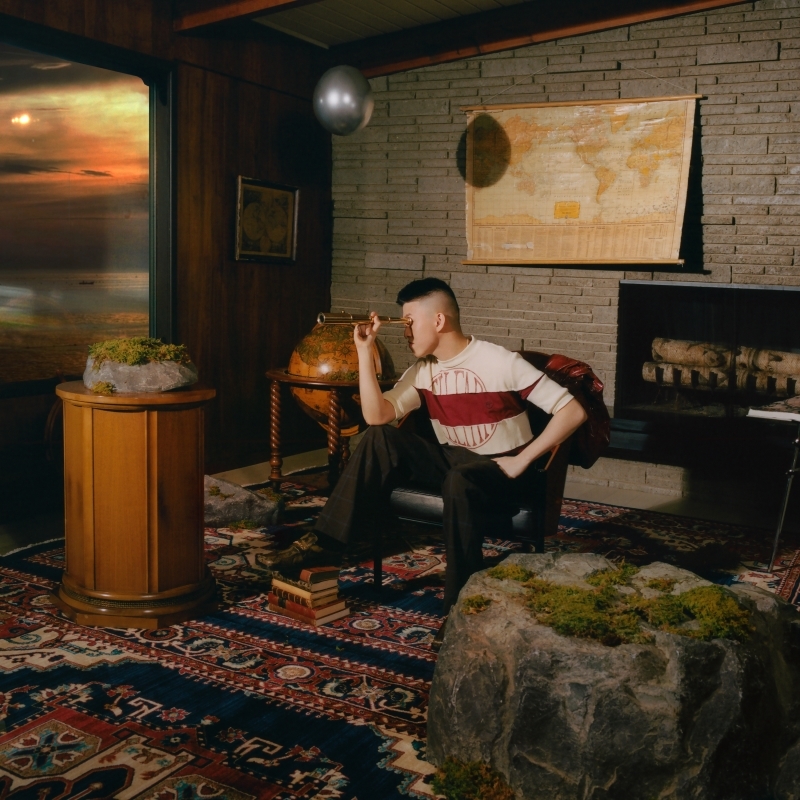 You are one of the most interesting and polarising rappers around today. How do you feel about your place in the culture?

I definitely always try to bring something new to the table. Especially on The Sailor, if you like me, you like me, if you don't, that's cool. I'll always try to be like, “We'll never stop doing it”. I really want to bring something new – a new perspective of things, new messages, new sounds – and to come up with something that, hopefully, nobody's ever done before. That's my whole thing and a lot of people really appreciate that.

To all the kids in Southeast Asia making music in their bedrooms, whether they're rappers or not, what's one piece of advice you can give?

Don't be afraid to fail. A lot of people from Southeast Asia are very unique and they have really different perspectives from the rest of the world. It may be difficult but you need to find the unique thing about yourself that you can share with the world – that's how you can really separate yourself from other people. People want something new and they always wonder who can be the next Elton John or Freddie Mercury. Whatever it is, just be yourself and show that unique personality.