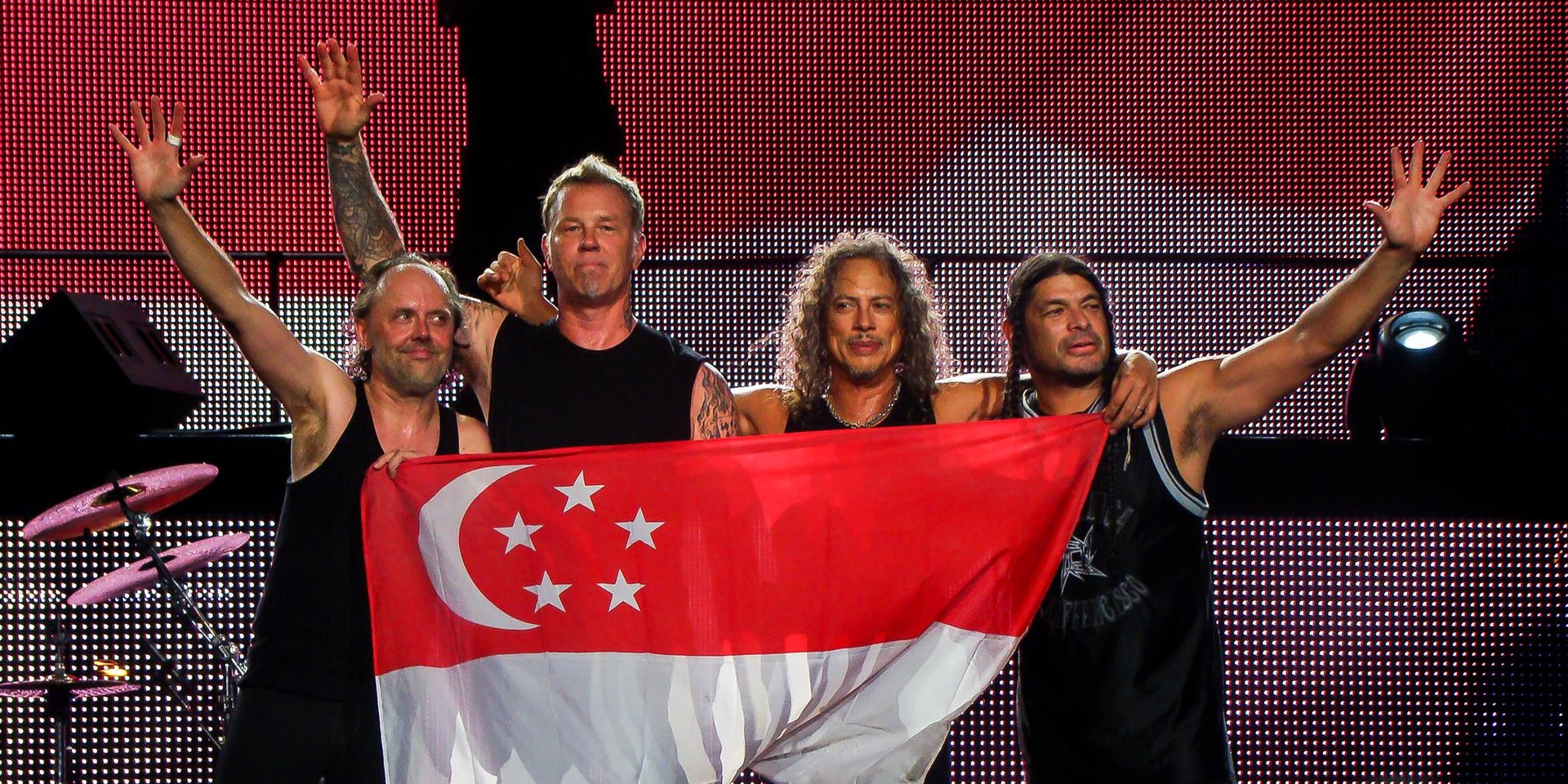 The 20 year wait is over: that was the mantra that pervaded the anticipation surrounding arguably the biggest rock concert in Singapore this year.

Incredibly successful heavy metal band Metallica was due to return back to our shores after their maiden gig in 1993. There were those who were lucky to witness a long­haired James Hetfield rip through Whiplash.

There were the unfortunate ones who couldn’t make it for a myriad of reasons. I was one of them. While fans were rocking out at the Singapore Indoor Stadium drenched in the noise, I was at Singapore General Hospital... drenched in placenta. 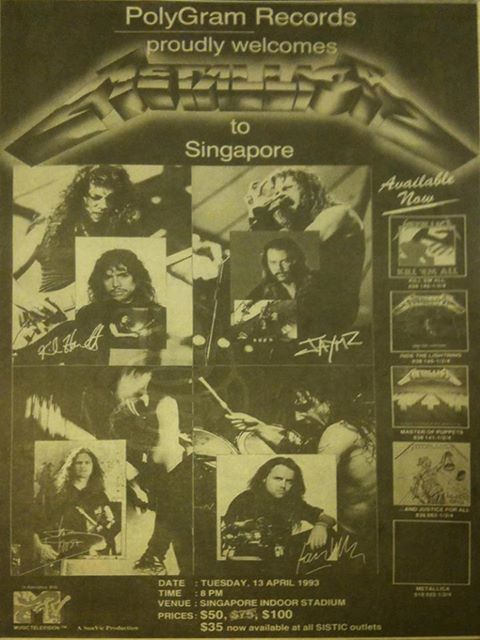 It blew my mind a few years back when I found out Metallica destroyed our stadium on the same exact day I was born. I’m not convinced there’s some metaphysical correlation between the two events (as though there might) but nonetheless I’m still a big Metallica fan at heart. Growing up on a diet of all things heavy and chaotic in my adolescent years, Hetfield & co. played a big part of it.

Starting off with the glorious triumvirate of Kill ‘Em All, Ride the Lightning and Master of Puppets, they stunned me with their absolute precise sound: furious in nature but so damn tight, y’know? As I veered towards the nerdier side of metal (ie. prog), ...And Justice for All floored me with all its little intricacies. I also appreciated The Black Album for all its pop-py glory. Load and Reload didn’t do much for me. Death Magnetic is good but it could’ve been better. Let’s not even talk about St. Anger.

Metallica has been a personal ‘bucket list’ band since then, as it is for many people, so obviously their return is a big thing for new ­generation fans like me. It doesn’t bug me that they aren’t the same foul­-mouthed, devil­-may-­care metalheads they were back in 1993: the fact that they’re still together, touring and playing all those songs that resonated with me as a youth. That's good enough.

This time round, it's pretty obvious even a venue like the Singapore Indoor Stadium can't hold enough Metallica fans under one roof. Enter the Changi Exhibition Centre; although frustratingly inconvenient in its location, it's a venue fitting for a band of their status. Spacious, windy with a serene panoramic view of the sea. Perfect for a metal concert. Looking ahead and seeing Pulau Tekong in the distance,thinking about the poor souls who had to prowl through the island for guard duty. Hope they weren't Metallica fans. 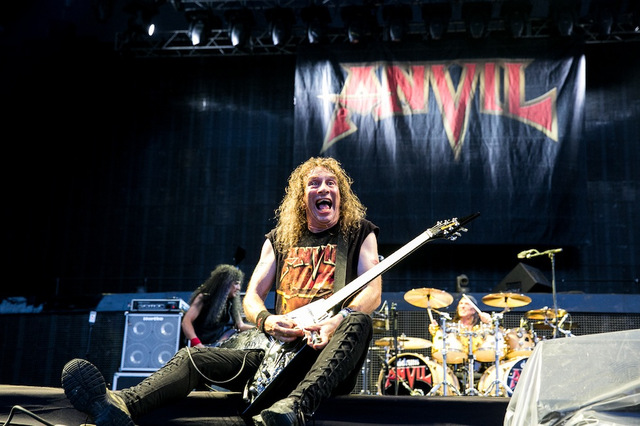 Right after Anvil's set, stagehands quickly got to work. The amount of effort they put into the stage set­up was straight up impressive, complete with monolithic LED screens, blinding lights and cameras. Cameras everywhere. It was crazy seeing all of it right in front of us. We were preparing for something truly special here.

After impatiently waiting more than an hour after Anvil's set, a certain Clint Eastwood appeared on the screens chasing a bandit as 'The Ecstasy of Gold' blares. Everyone screams. We knew it. They're about to come out. Sure enough, a familiar face appeared on stage. 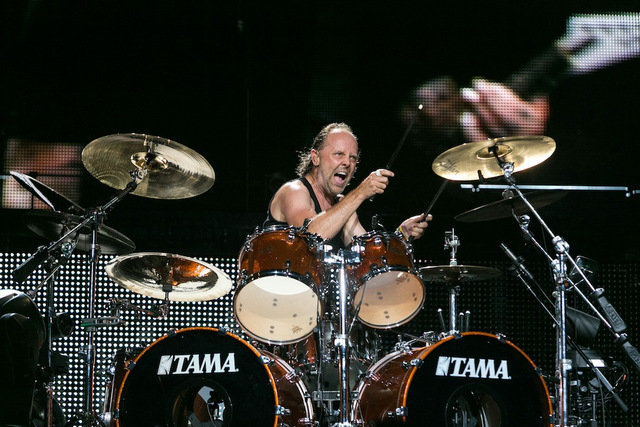 Friggin Lars, man! Mr. Ulrich came out to massive roars (and I mean massive) before the rest of the band as they stormed into 'Hit the Lights'. Being in the pit, it was insane. Euphoria was all around as fans pushed to get closer to the stage, bodies packed together in a frenzy. I joined in too because why not? They followed that with 'Master of Puppets' and that's when I lost it. 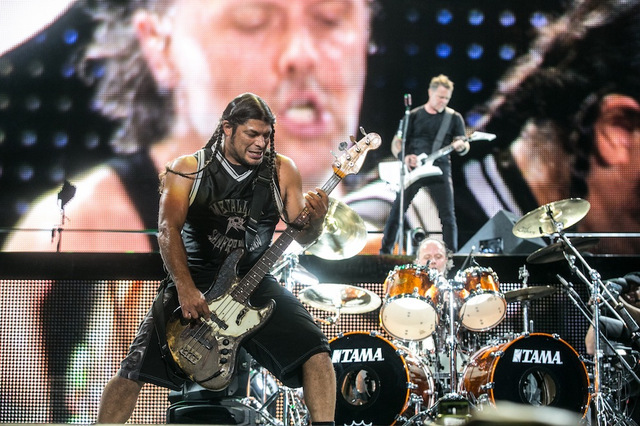 "MASTER! MASTER!" Chanting along with 40,000­-odd people was a surreal experience. The 14­-year-­old in me was screaming for joy. James Hetfield looked as great as ever, barely looking 45, let alone 50. Lars may be starting to bald but he sure as hell has not lost one bit of energy. Robert Trujillo was a convincing presence, able to fill in the shoes left by former member Jason Newsted and then some. He's also probably the only rock bassist who is able to pull off a minute-­long bass solo in the presence of guitar-­crazed metalheads (other than Billy Sheehan).

Of course, a huge highlight was seeing Mr. Kirk Hammett in the flesh, ripping through all his solos with such awe­-inspiring effortlessness. The setlist, while omitting most of their post­-90s output, was chock-­full of classics: 'Ride the Lightning', 'Welcome Home (Sanitarium)', 'Blackened', 'One', 'Battery', 'Fade to Black' and of course 'Enter Sandman'. 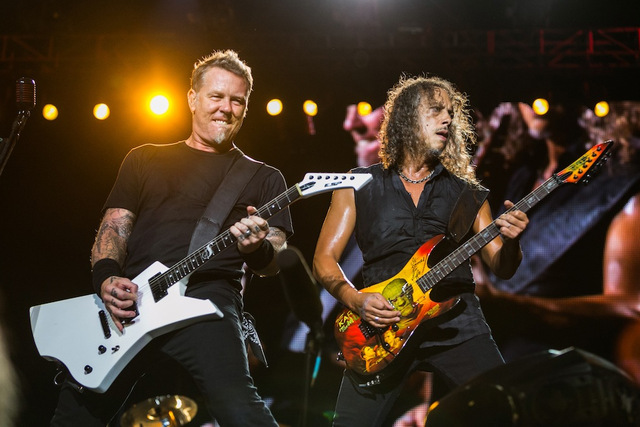 A factor that usually makes or breaks rock concerts for me is a communal spirit: whether the fans are just as mental, knowing all the lyrics to every song with unbridled enthusiasm. Saturday night had that in spades. I even found myself remembering lyrics to songs I haven't heard in years. What made their show so spectacular wasn't the fact that they played a lot of their golden ­era material.

No, it's that they performed them with a rare conviction, performing 'For Whom the Bell Tolls' with as much intensity as 'The Memory Remains'. They looked like they genuinely enjoyed themselves, unfazed by decades of unfiltered criticism towards what they've become. They're proud of what they've achieved over their storied career and they wanted to share the glory with us, as they did that Saturday night. Promises were made by the band that they'll be back. Let's hope it won’t be another 20 years. 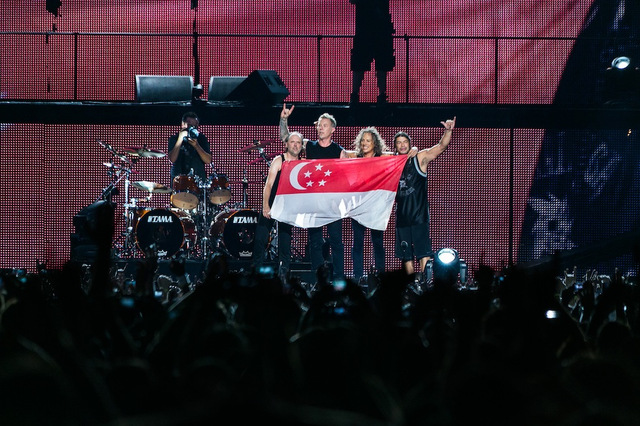