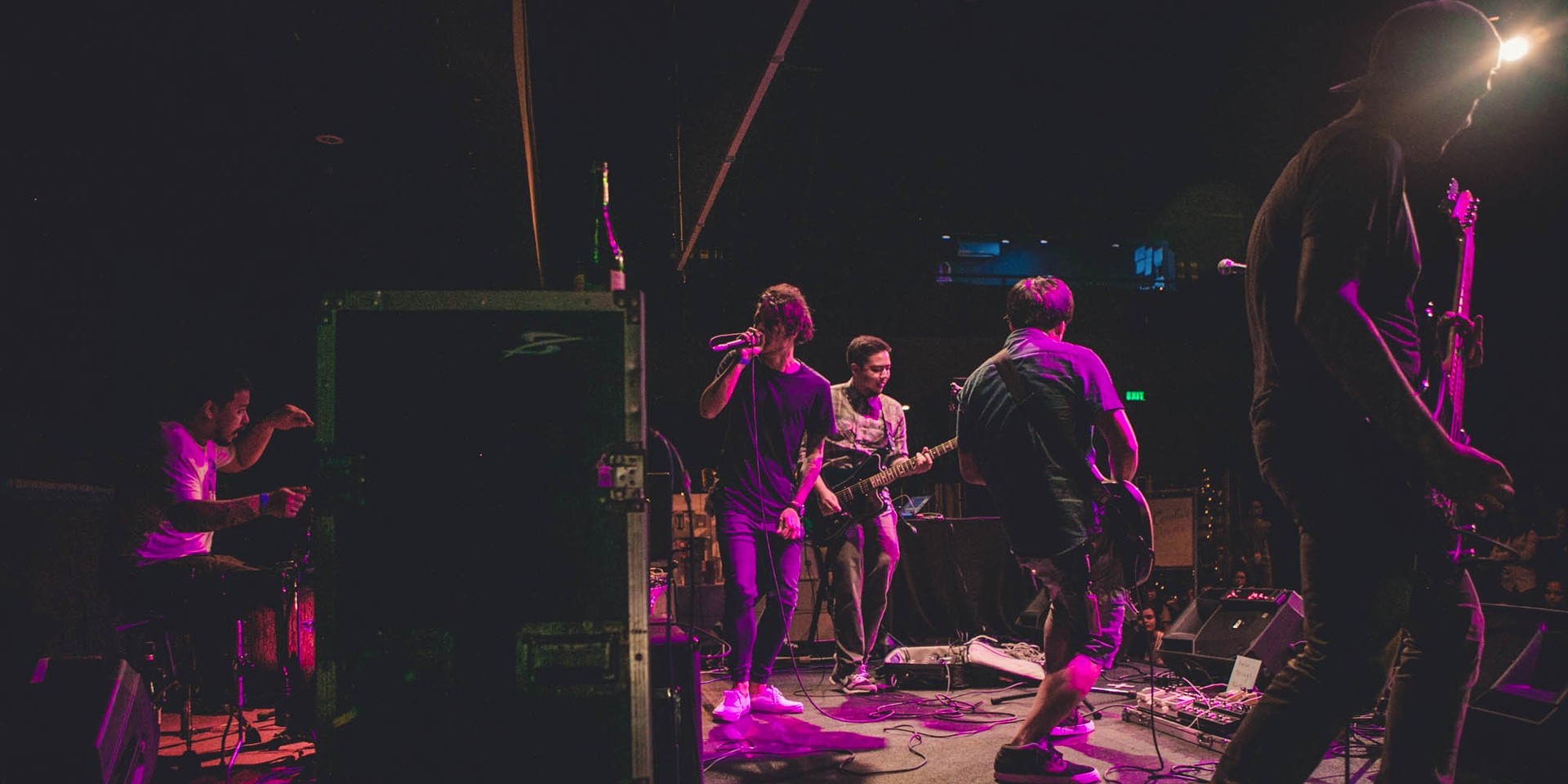 It's been a long time coming for Runway Crimes' first full-length release. The rock band has been around the scene since 2009 and despite a few hiatuses and line-up changes, they're ready now more than ever to release their debut album. They debuted single "2600" at the Bandwagon Music Market last October, and before we can get our hands on a full-length release, they'll be needing our help.

The band will be holding a fundraiser to support the production of their album this Friday, May 12 in Saguijo, with Lions & Acrobats, Sirens, Snakefight, Tom's Story, Vie, and Runway Crimes themselves on the lineup. Before the fundraiser, we caught up with the band's vocalist Paolo Tabuena on the production process so far and what to expect on Friday night. 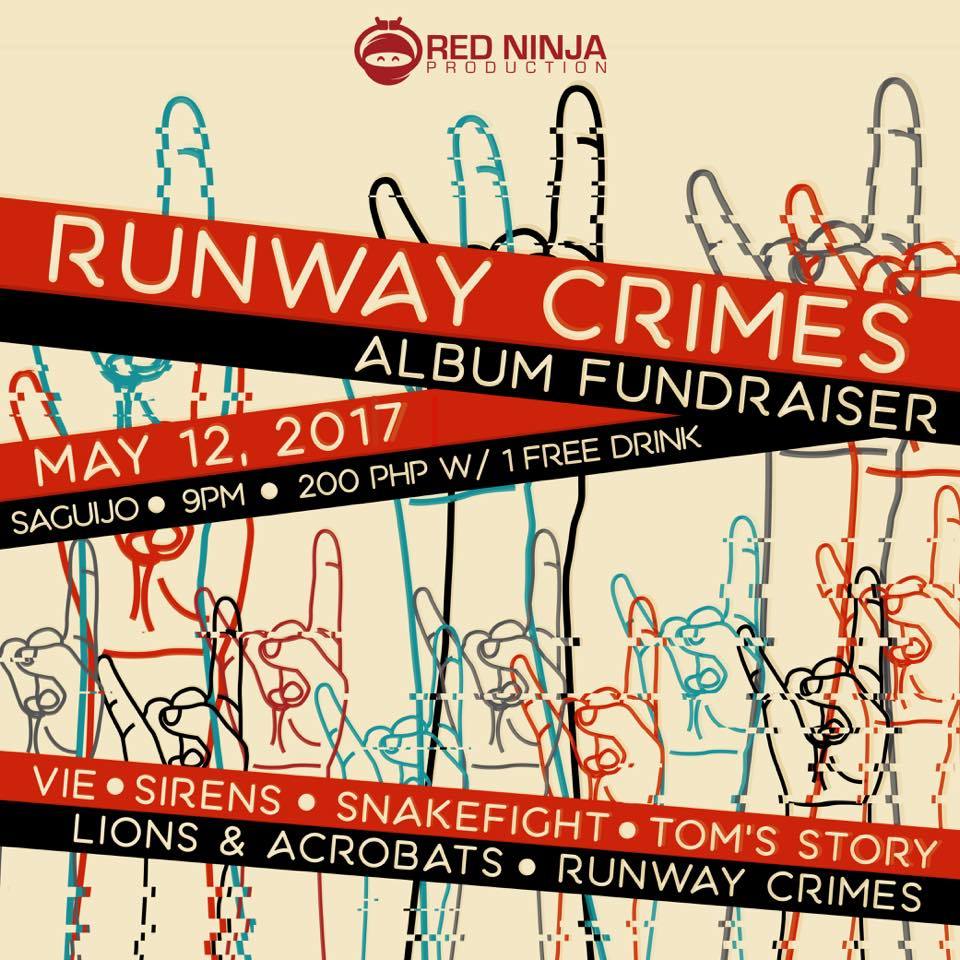 The album's been a long-time coming! Can you walk us through the process of getting it produced, from the line-up changes to the breaks in between to finding your footing again in the local music scene?

We've been working on an album since 2014. The three-song EP we released that year was supposed to be an album but with some setbacks and line-up changes we stuck with just releasing an EP and ended up taking a one-year hiatus after that. Now with this current line-up we are finally all in the same page and focused on one goal to release this album. Going back in the local music scene was both rough and exciting at the same time. One year seems like a short time but when we started playing again we discovered new young bands/artists that are so talented and they were getting all the credit they deserve from their music, we saw kids actually going to gigs regularly to catch their favorite band. It didn't feel this way back then. We were kind of intimidated by it but at the same time it pushed us even harder to make new music and put up better shows. We had to polish that rust we had for not being able to play for a year to achieve that. 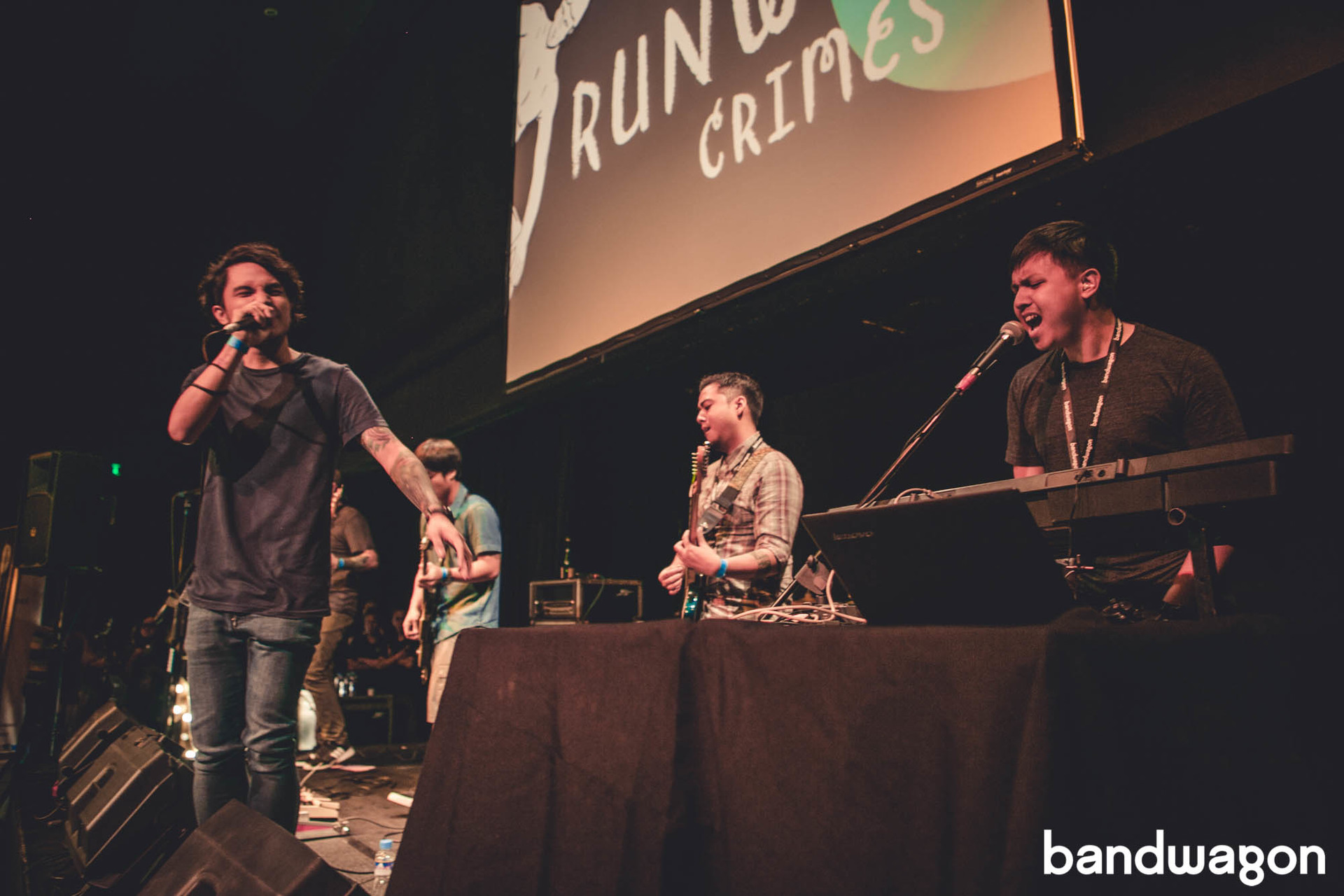 With this release, what are you guys aiming for sound- and maybe concept-wise?

With this album we're only including one old song from our EP with a different touch of course since we have two new members and another two older unreleased songs. With "2600" released I could say we're slowly going into that direction. We have a few pop inspired songs and some heavy songs as well!

What can we expect at the fundraiser this weekend?

Expect a rock show since this line-up is pretty heavy and these guys put up one hell of a show. We're gonna sell some merch as well, t-shirts, stickers etc. We're planning to do a three-part show for this album fundraiser and this is just the first.

Part I of Runway Crimes' Album Fundraiser is happening on May 12, Friday, 8pm at Saguijo. 200 PHP gets you in with a drink. The band will be performing alongside Lions & Acrobats, Tom's Story, Vie, Sirens, and Snakefight.