Ryan Hemsworth, recently announced to appear at the debut of Moonbeats Warehouse in Singapore, will also be performing in Manila.

The renowned producer and DJwill be holding his own headlining set on April 21st at Black Market Manila. The show will be Moonbeats Asia's first foray into the country.

Aside from not being related to the Hemsworths of film, the Canadian musician has been best known for his deep and sensual remixes of songs by artists like Frank Ocean, Grimes, Cat Power and more. He's currently on tour in the US with R&B singer Tinashe.

Opening for the Canadian prince is homegrown talent, singer/songwriter and producer, No Rome who has recently performed at last month's Malasimbo Music and Arts Festival.

Tickets can be purchased over at Moonbeats' official site, with tickets going as low as PhP 800. 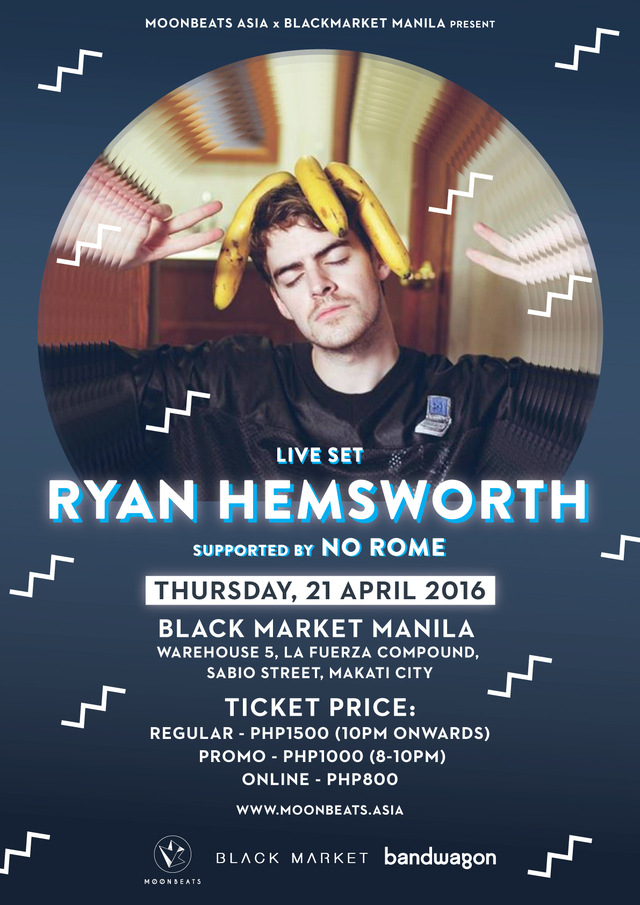 All you have to do answer this question:

What is the one record that Ryan Hemsworth won't listen to ever again?*

Contest ends on April 18, Monday at 2pm. Winner will be contacted via email on 7pm the same day.