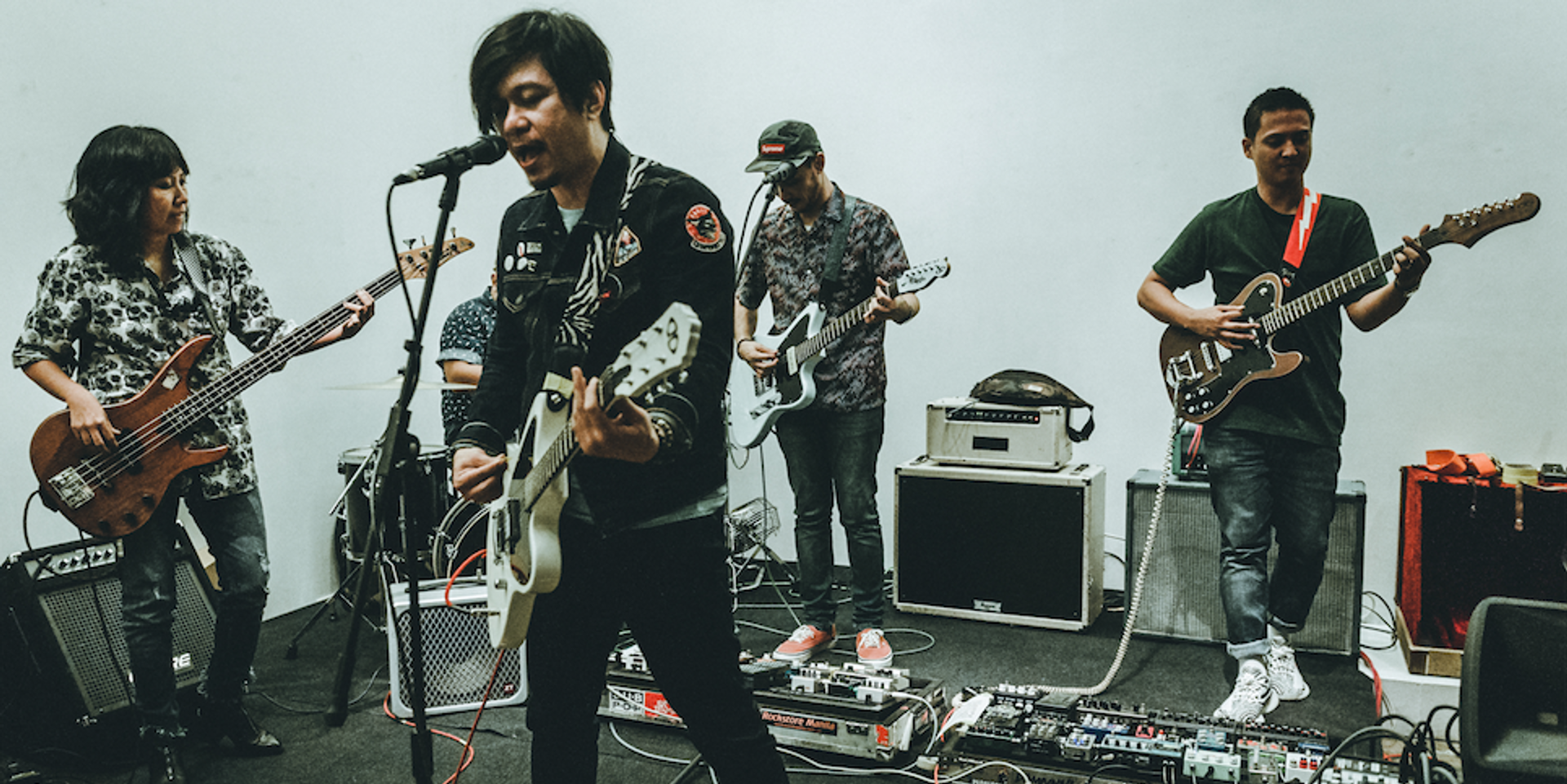 D&D Custom Guitars have been designing and producing locally made guitars since 2010. Musicians/entrepreneurs Daren Lim and Daniel Crisologo, the duo the brand is named after, founded the local guitar company with the tagline, "Gusto kong mag-gitara."

Barbie Almalbis, UDD's Carlos Tañada, and Razorback's Manuel Legarda all have their own signature guitar models, while UDD's Paul Yap has his own signature bass guitar - the first by D&D. Myrene Academia of Sandwich also shared with Bandwagon that her signature bass model is in the works and will probably be available by 2018.

On the event day, sales officially started at 2 PM but dozens were already lined up outside the venue even before doors opened. The Sandwich signature guitars were available for purchase with a 10% discount, freebies, and a chance to run into and have a quick chat with your favorite musicians, plus a live performance by Sandwich.

Here's a look at what went down in photos: 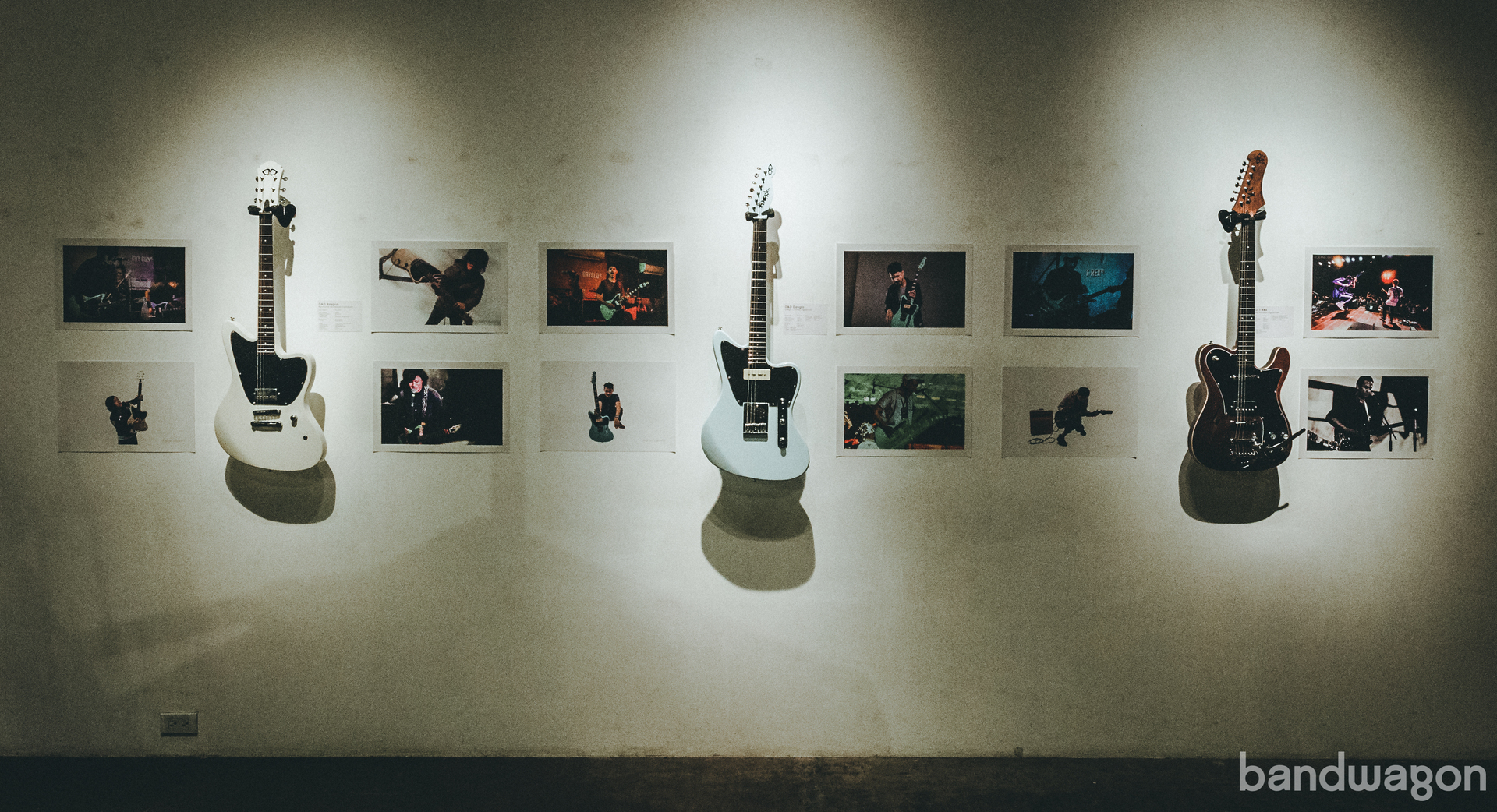 The guitars aren't for everybody. The same way we'd make music, we can't pull some out of the air without knowing anything about it. This is a very personal thing, it comes exactly from our own experiences, our own tastes. The only thing different is, there are some non-negotiables, like a guitar that won't stay in tune, a guitar that's noisy. Those are things, apart from the design, we researched and sampled, together with D&D, to make sure it's a solid guitar.

We had prototypes, we gigged it and we used it. And we gave it back cause there were other things we wanted to do with it. 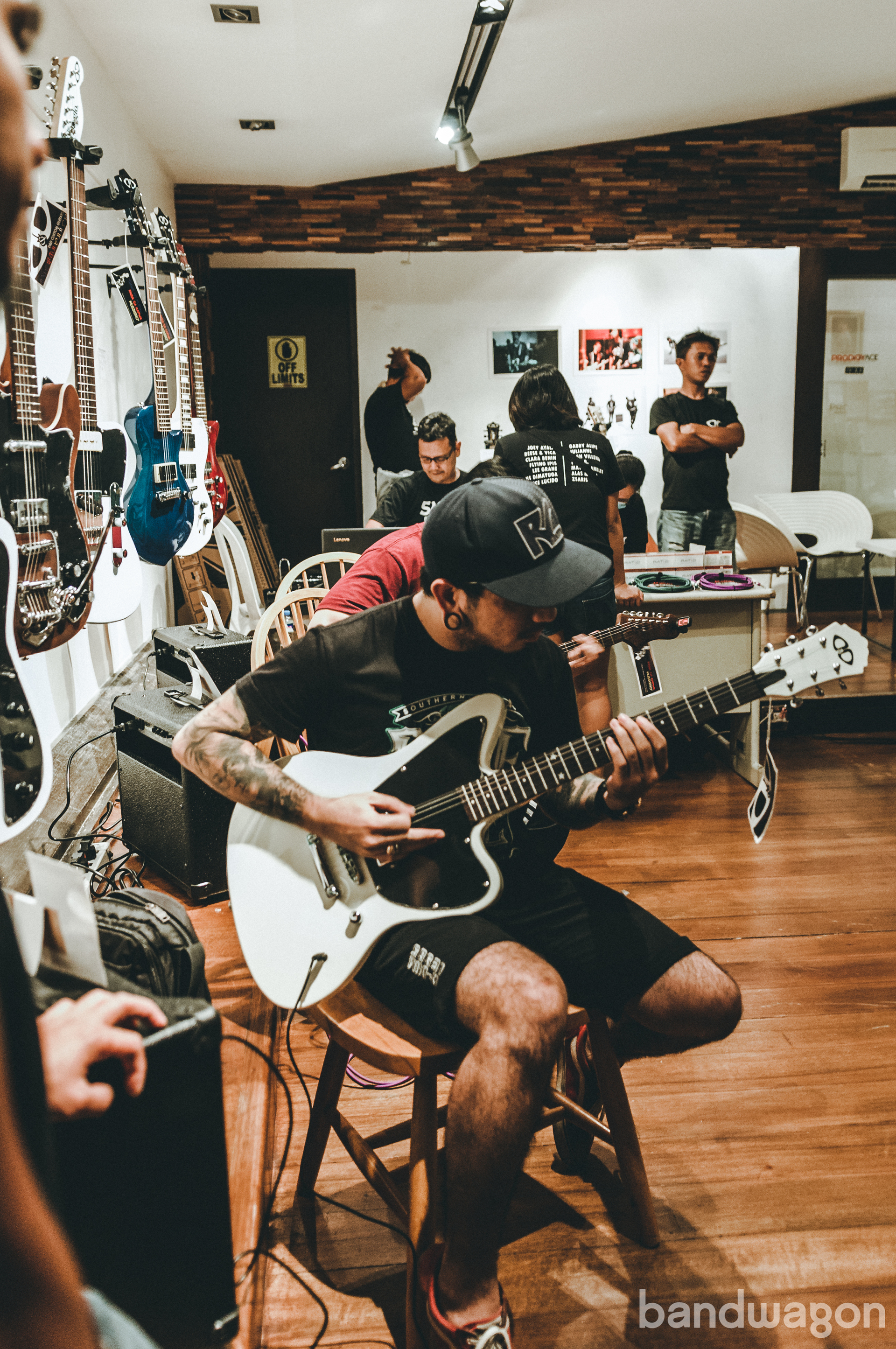 Guitar enthusiasts were encouraged to test out the different models before they made their purchase (or if they wanted to get another one). 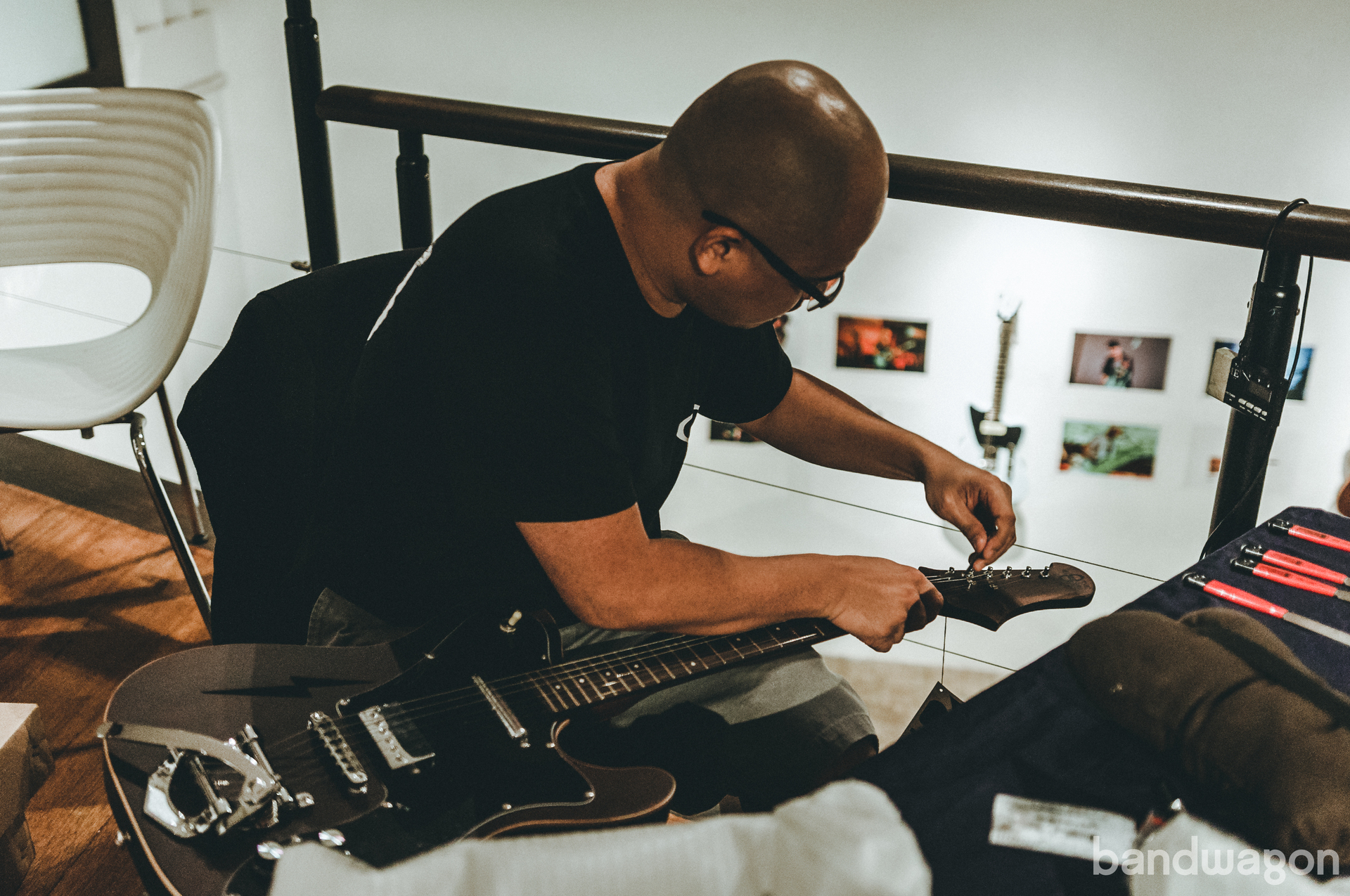 Packing up the T-Rex for a customer. 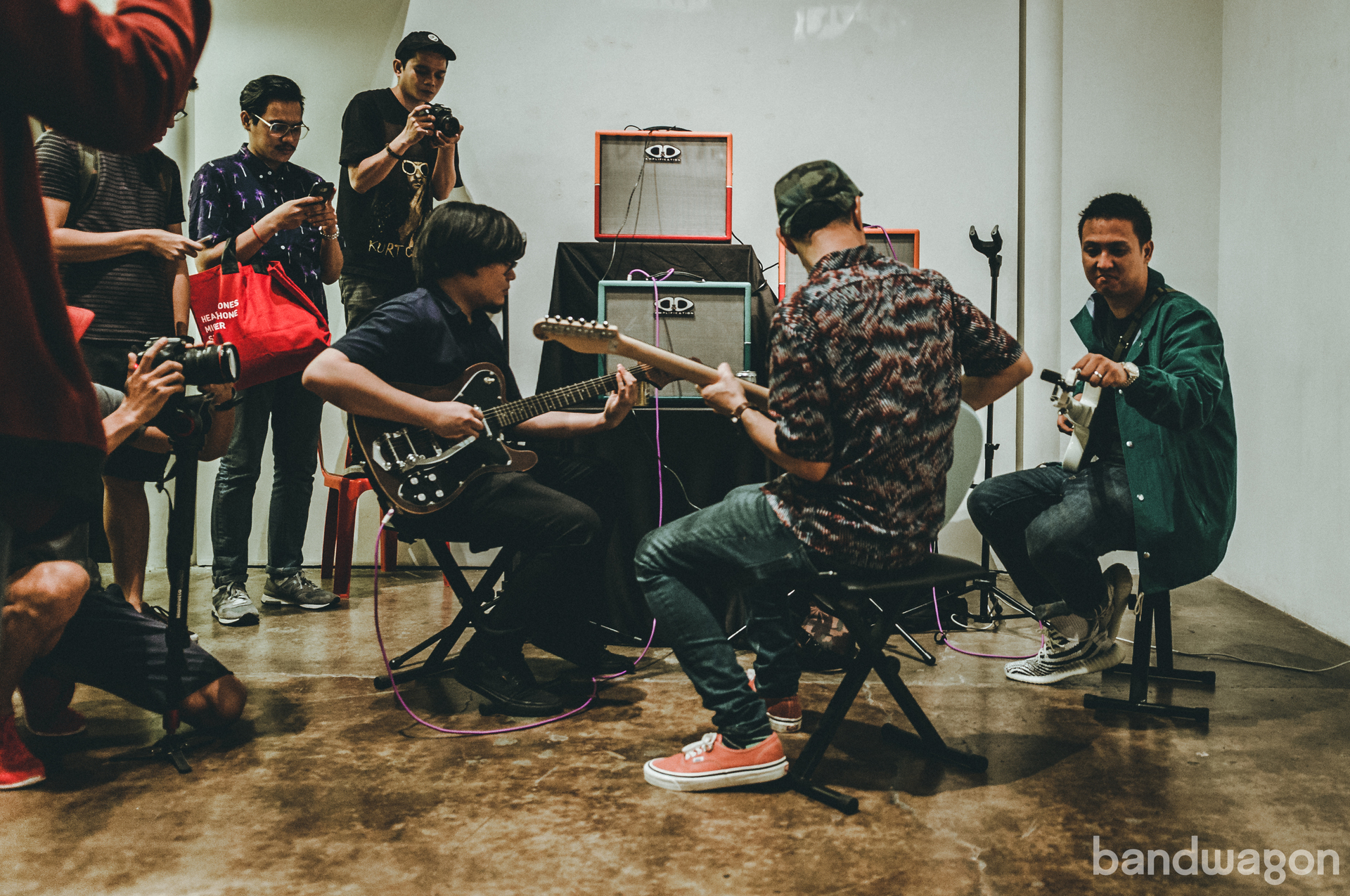 Diego Castillo and Mong Alcaraz join Autotelic's Josh Villena in testing out the Sandwich signature guitars. The trio played an impromptu rendition of 'Free Fallin', a tribute to the late great Tom Petty. 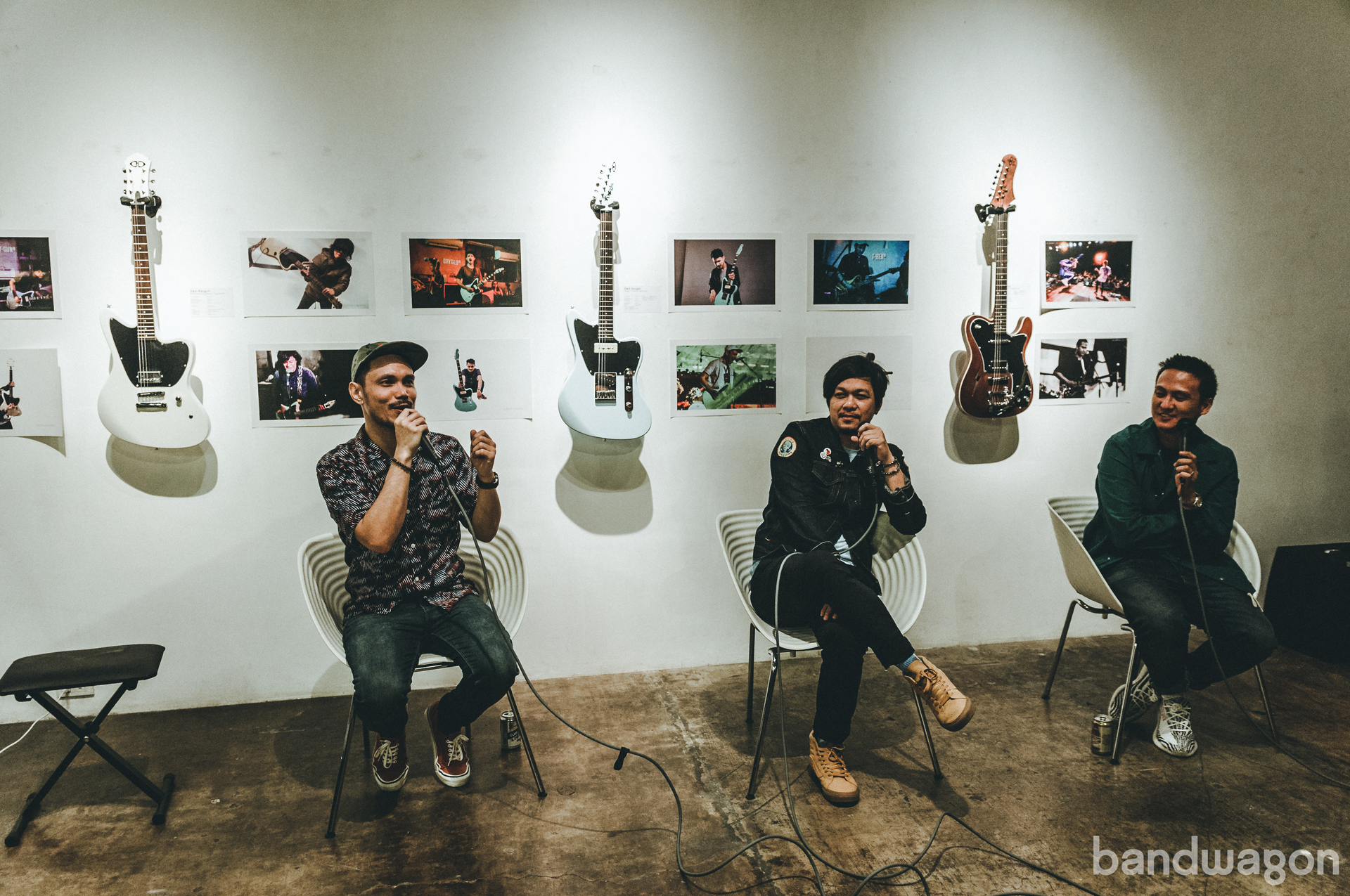 Personally, when I first started playing, the guitar that I first chose - trip ko yung ichura. Pogi. Just like the clothes that we wear or anything else you find, that you like - aesthetic value has a lot to do with it. Kasi totoo, if you're a 15 or 17 year old. Your parents gave you a guitar that in your eyes is ugly, it may be the best sounding guitar in the world, but if you don't relate to the instrument, hindi ka ma- iinspire . So it had to also look the part. If you're a young musician wanting to buy your first guitar, ang pogi nito ah, gusto ko bumuo ng banda. Eto yung gagamitin ko. 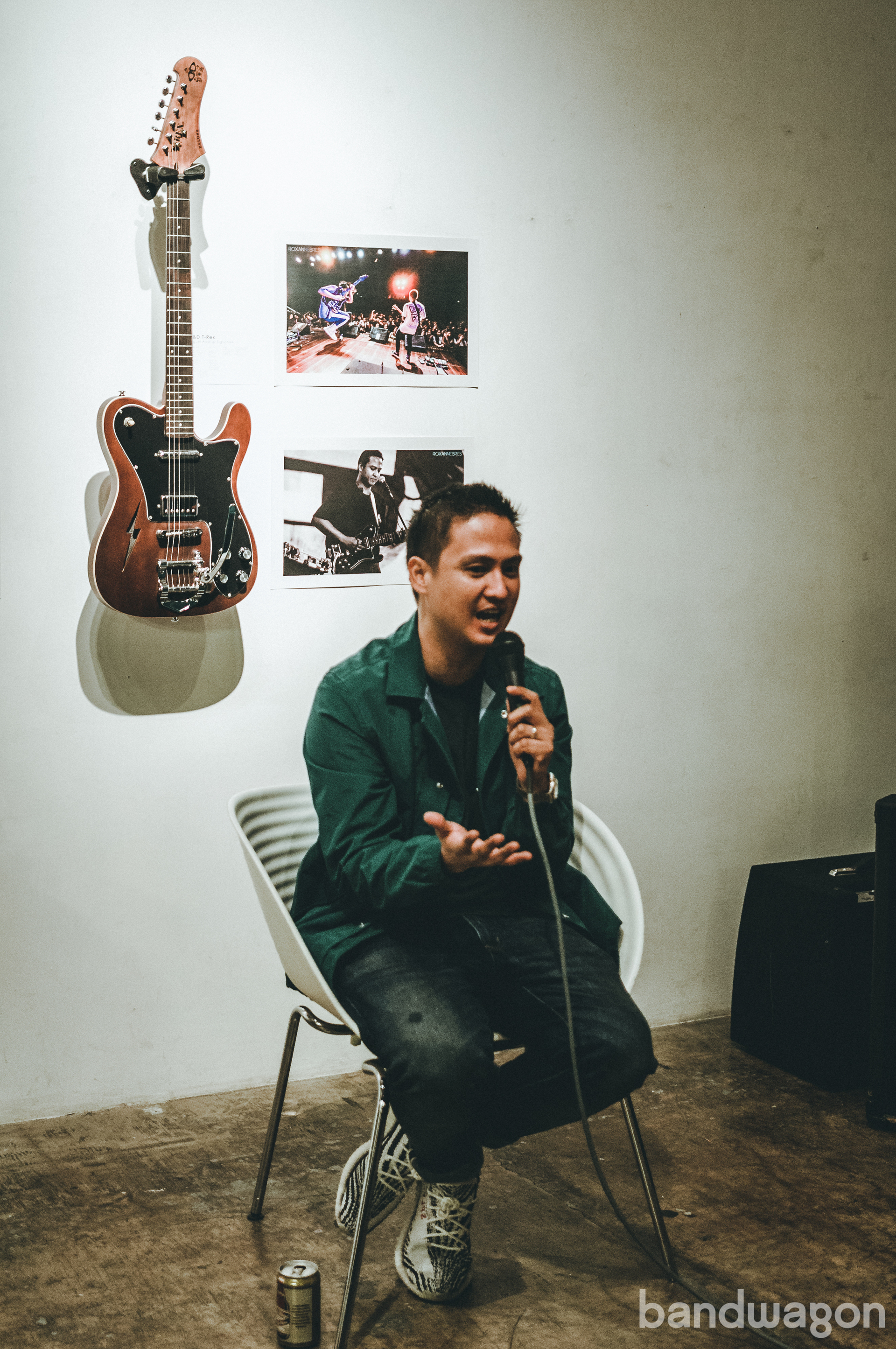 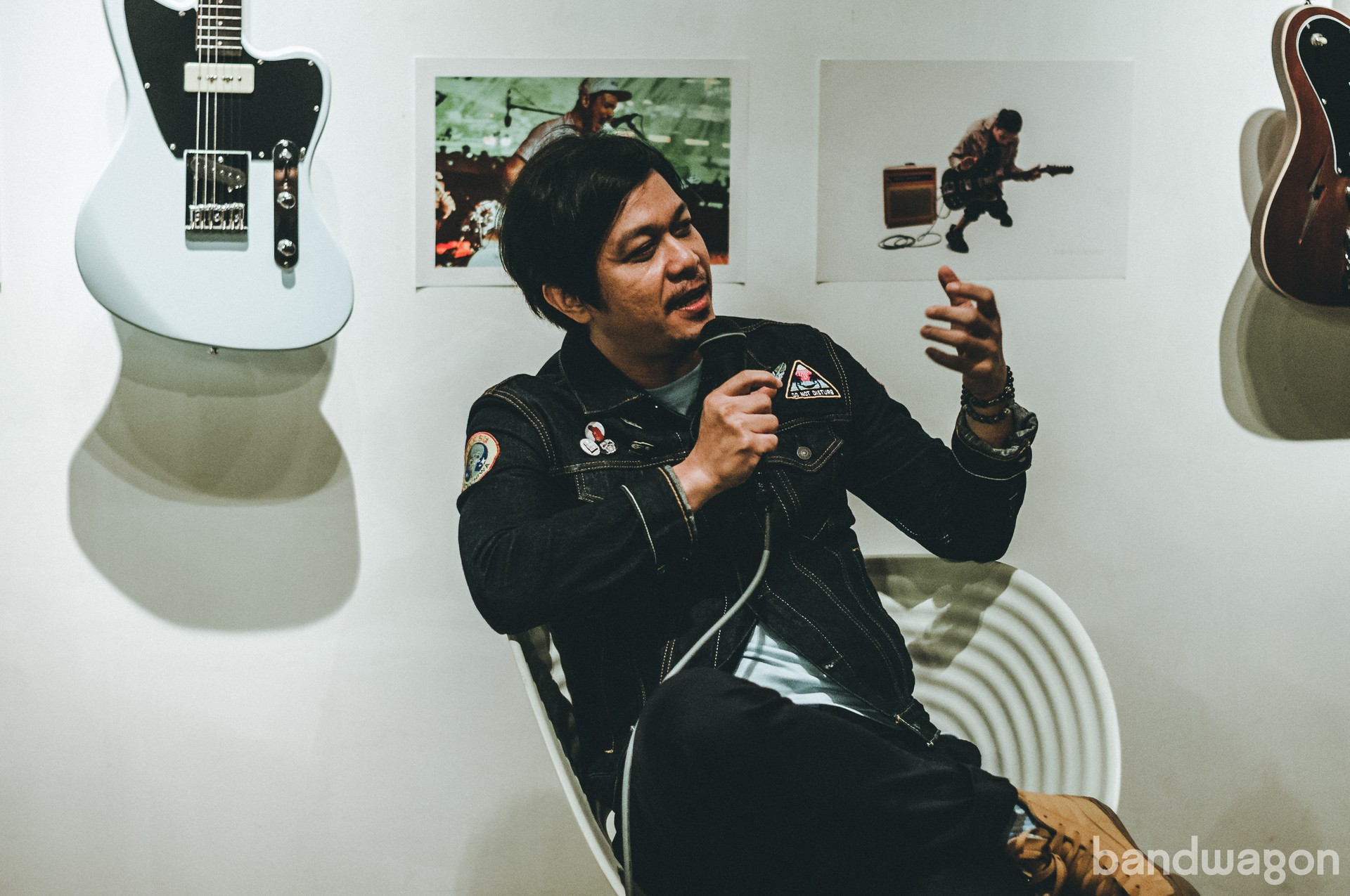 When we got the phone call from D&D and had the meeting with Daren, it was very simple. We had coffee, I talked about the shapes, we had a little group chat, we talked about the shape, what's possible. We decided what's not [possible]. Because it's a three-guitar band, what sound would each guitar be in the sonic space of Sandwich.  The colors. And that was it. Mong knows all the technical side of things. We would send each other audio demos of the bands that we liked. From the pickguard to the design of the dots on the neck. Pati yung typography, it was all approved by the band. 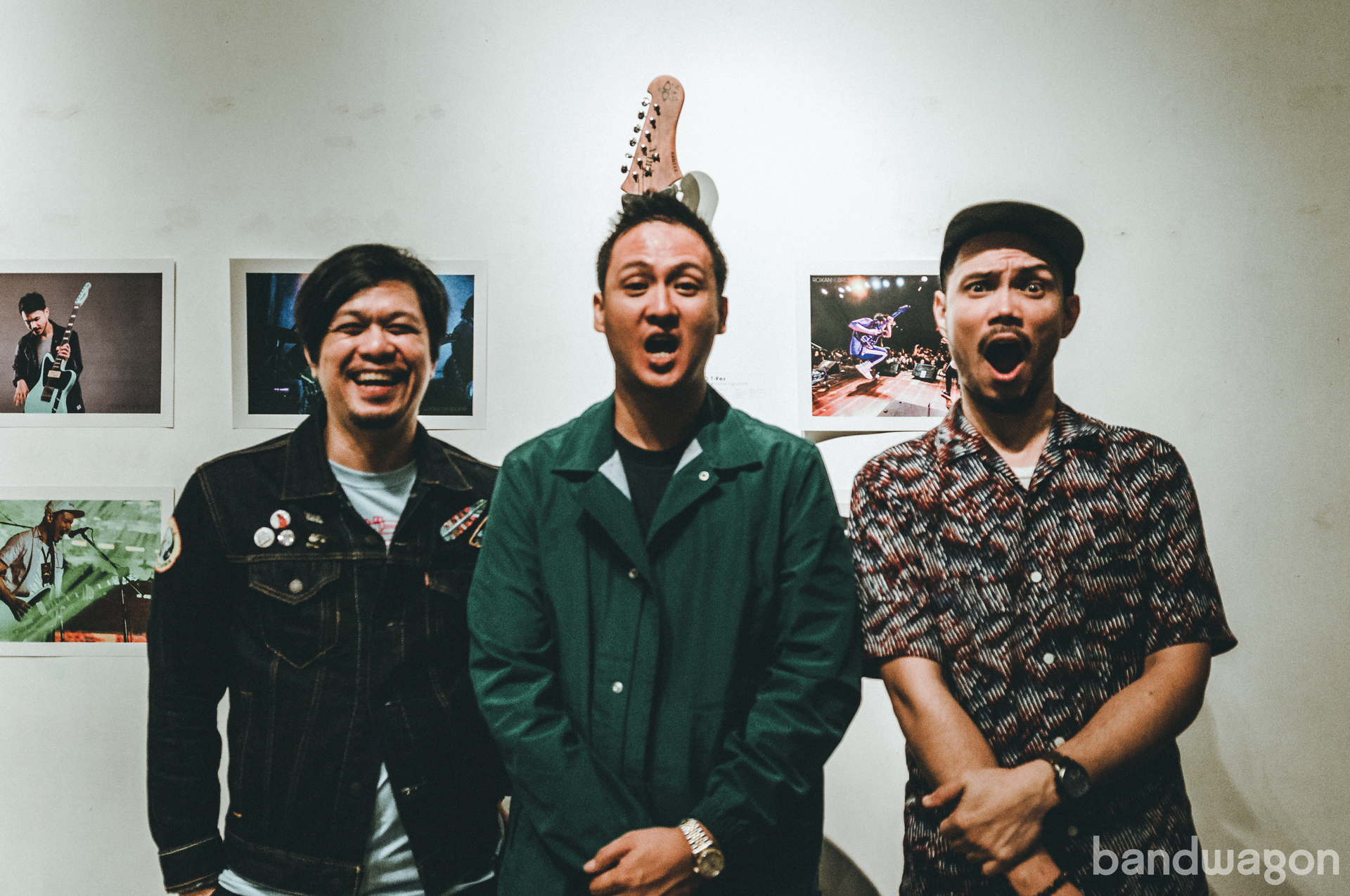 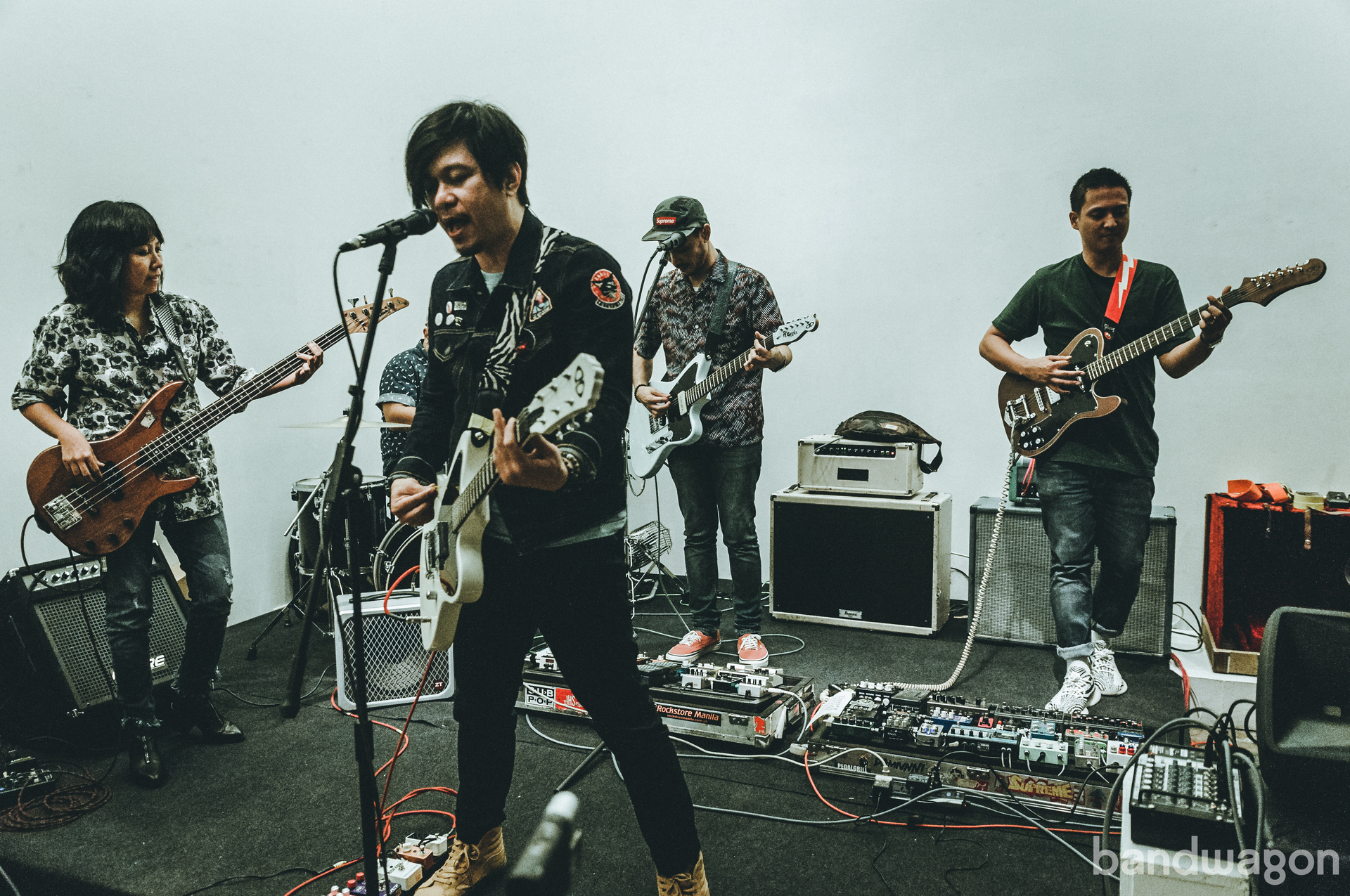 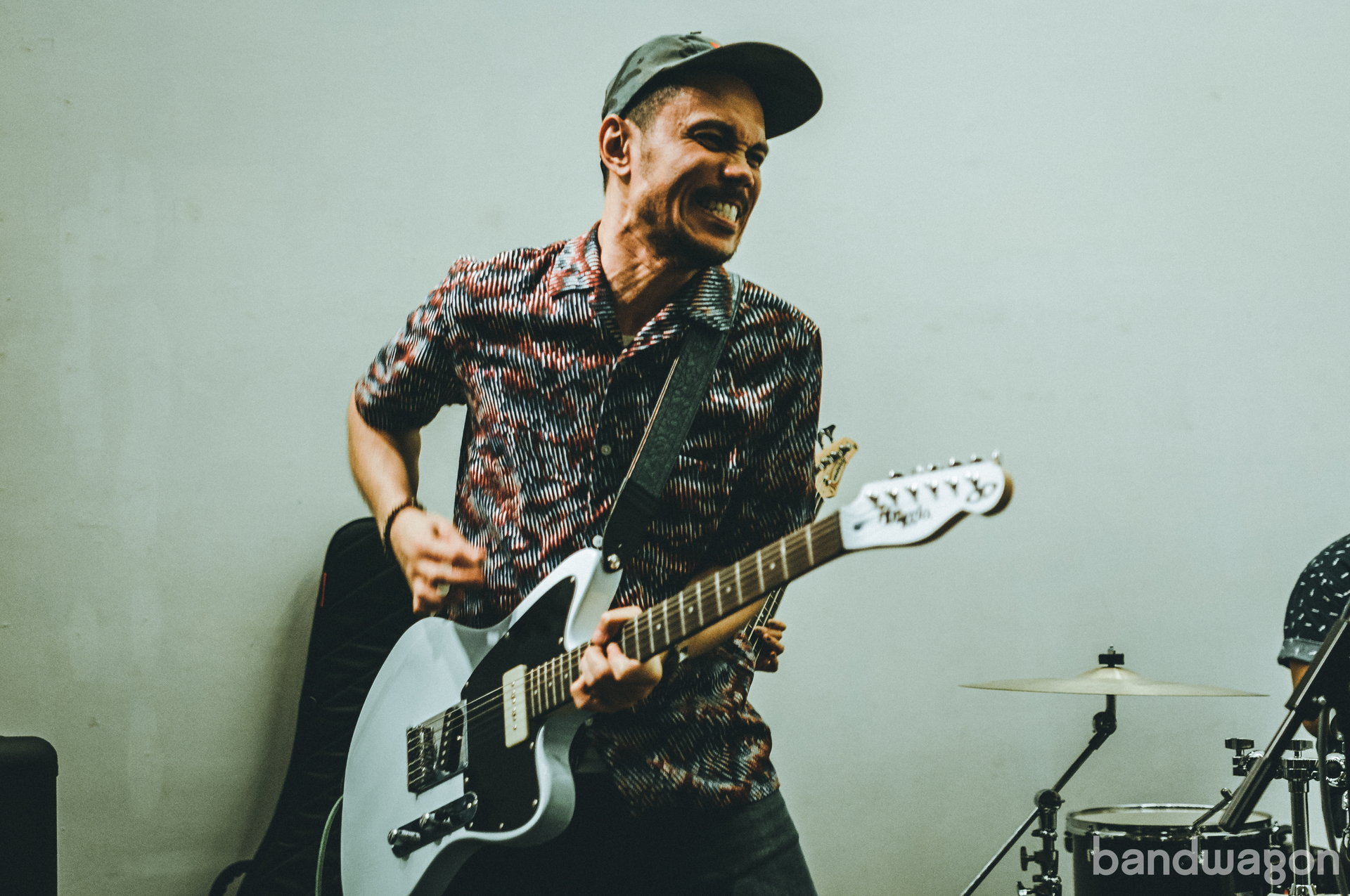 Diego Castillo with the Dayglo (fresh out of the box!) 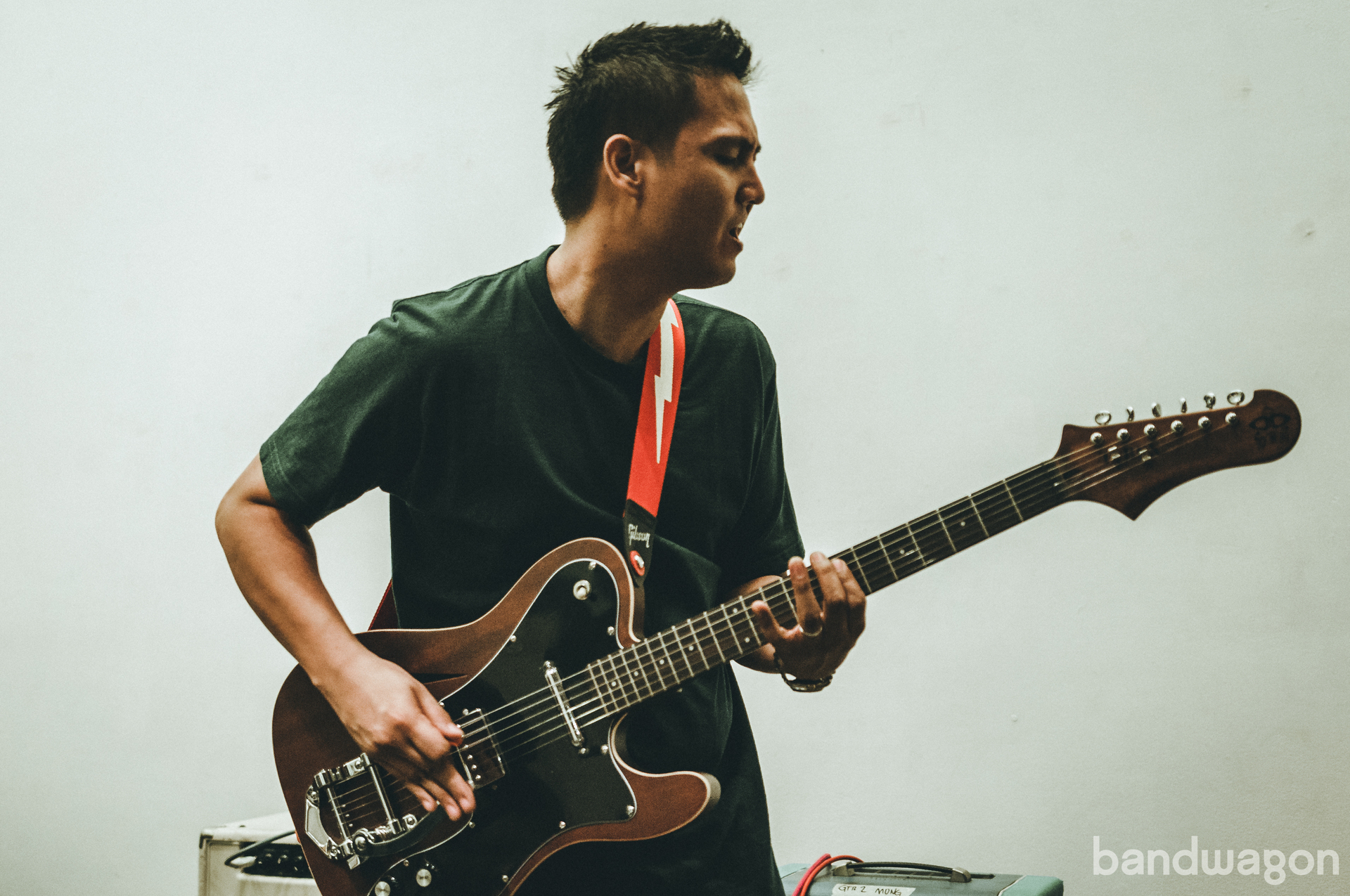 Mong Alcaraz with the T-Rex (also straight out of the box). 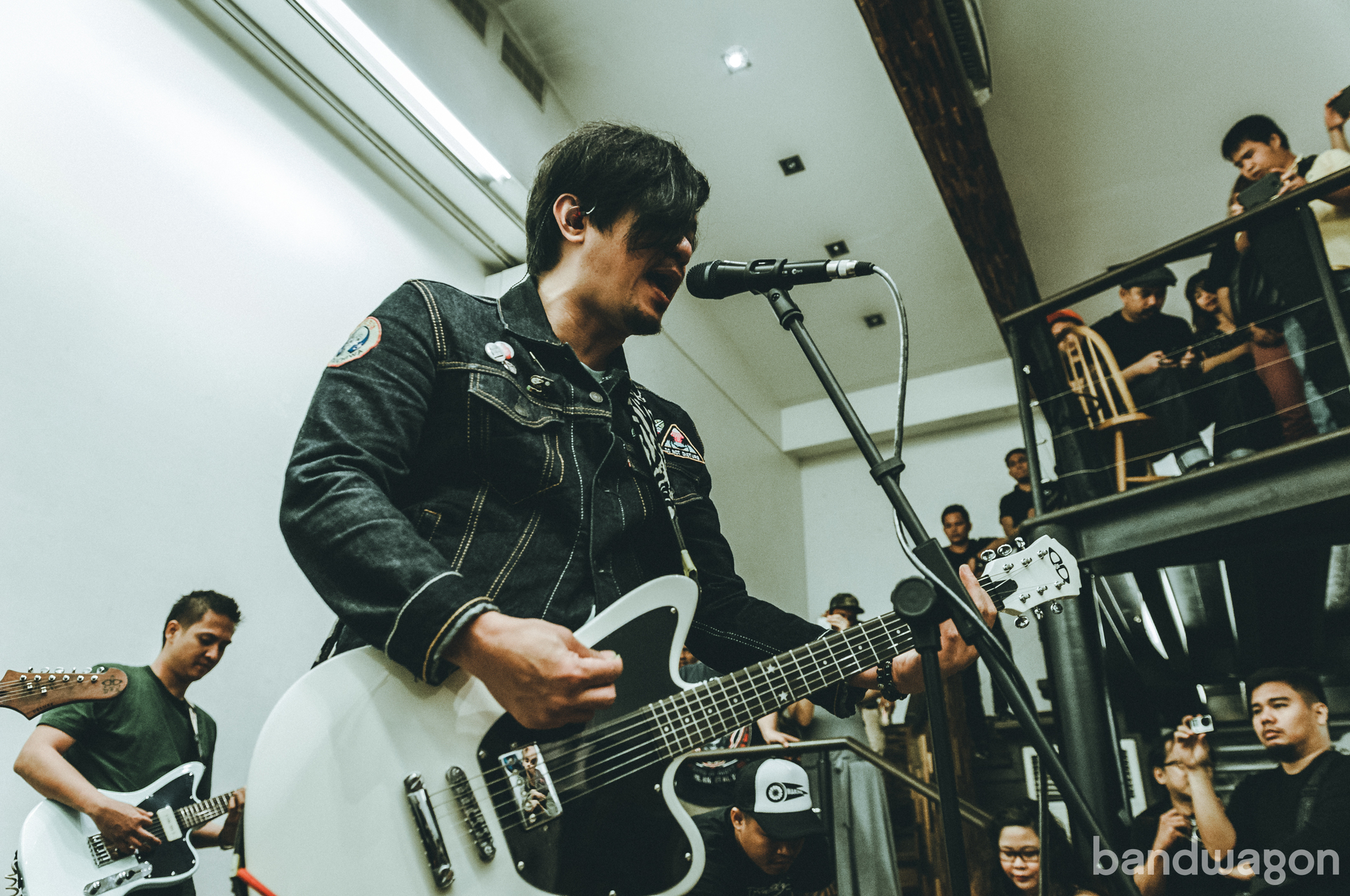 Raymund Marasigan playing the Raygun, with Mong trying out the Dayglo. 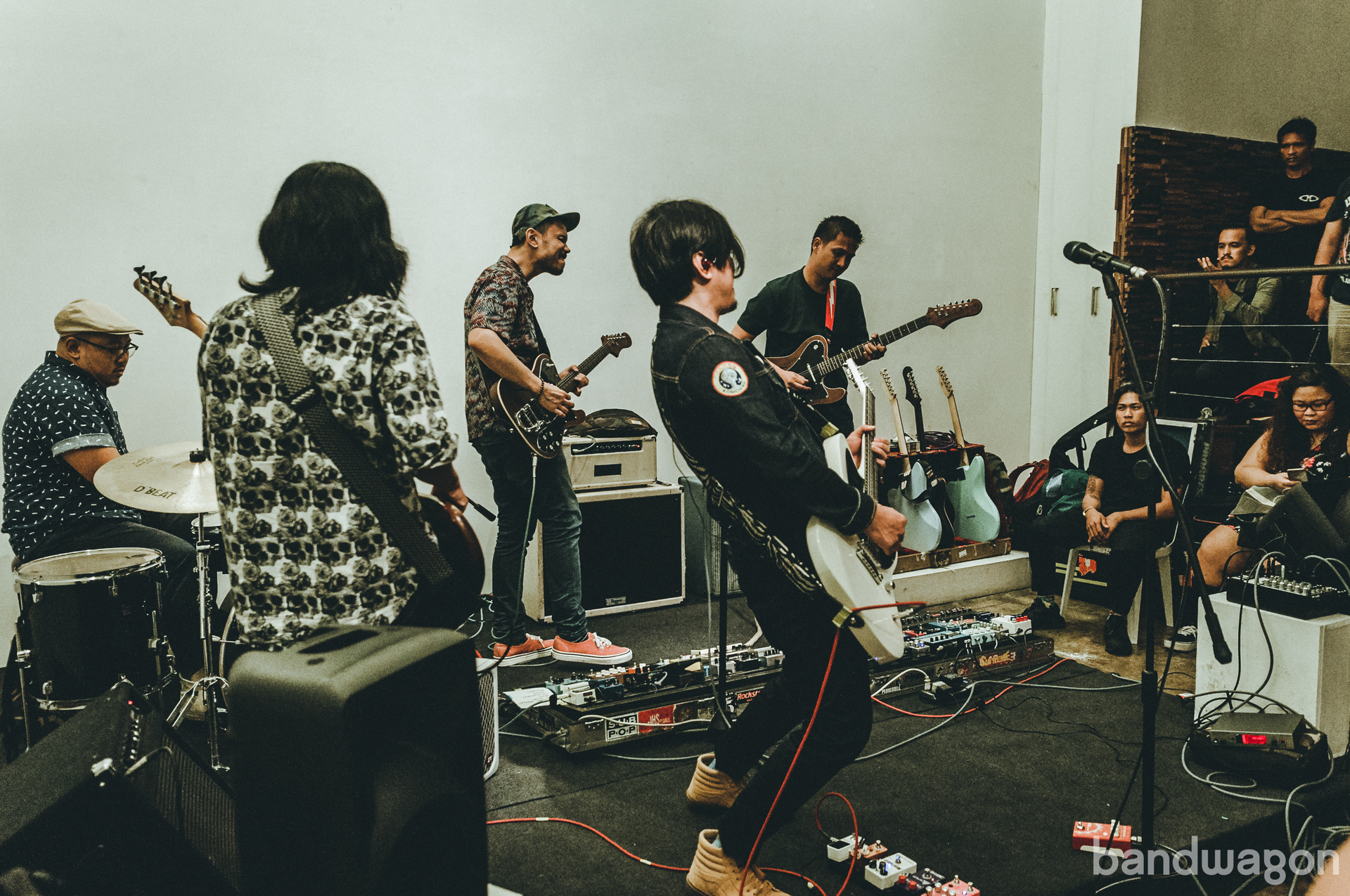 I think the big part of working with the D&D people and Daren is they're all musicians. So they understand, they go to the shows. They see what we do, they see our problems. They see how we use the guitars. It's not a very fragile thing for us. It's part of your body, part of your limbs. 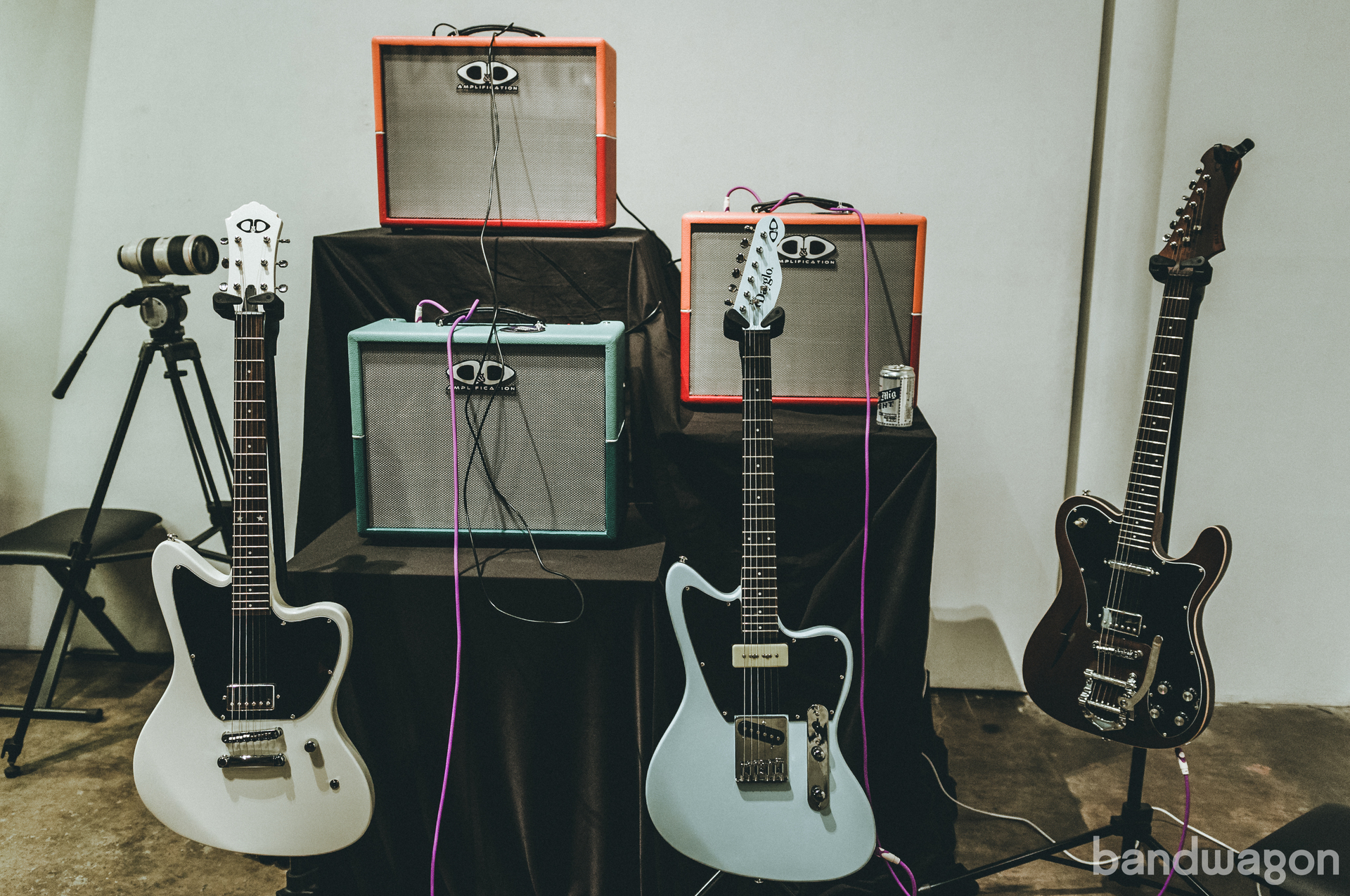 We got Raims, Diego, and Mong to tell us why you should get their signature guitars.

D&D Custom Guitars are available in the following outlets: