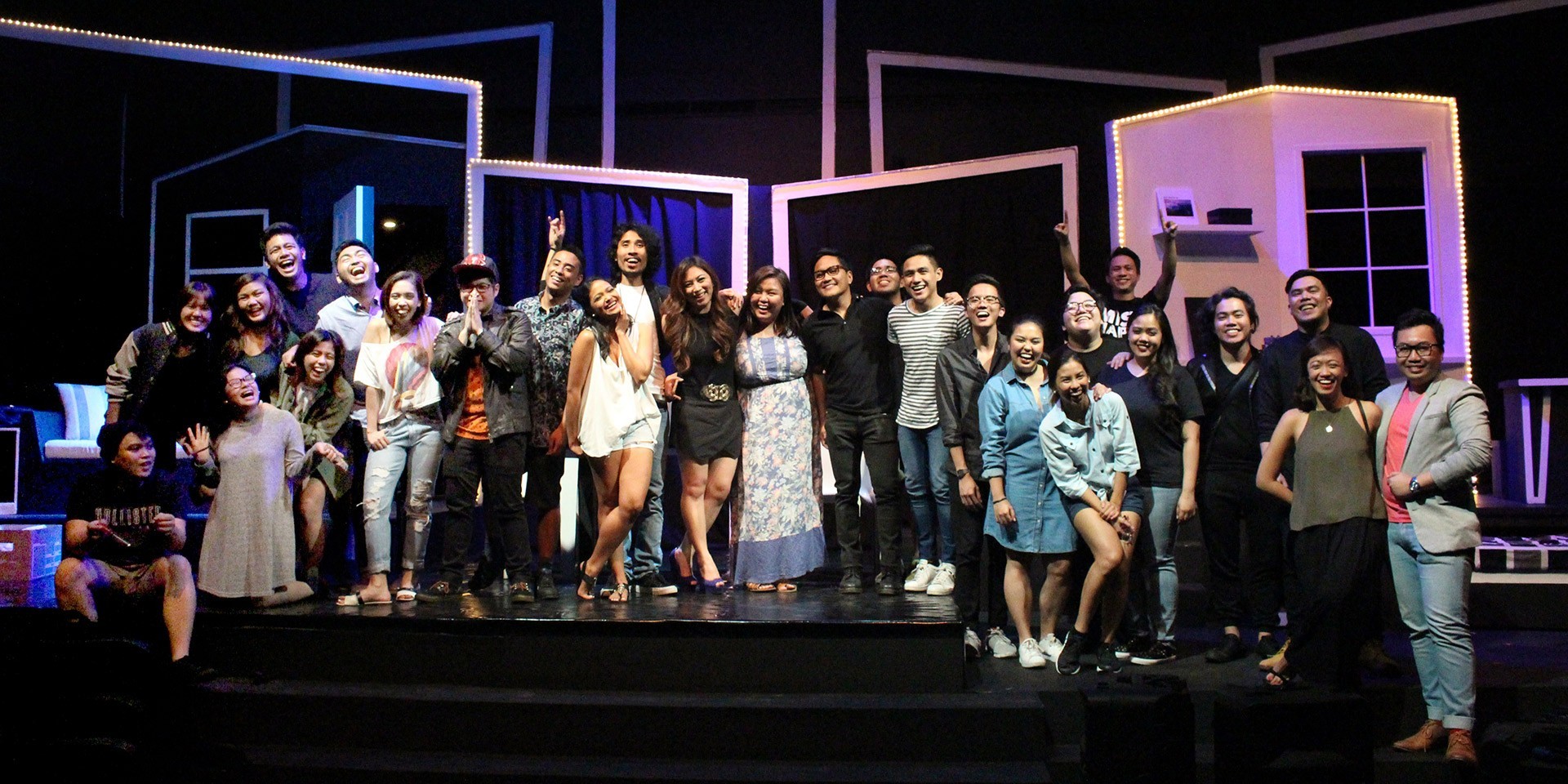 After two successful runs in 2013 and 2017, Sa Wakas, A Pinoy Rock Musical comes full circle by having its third and final run this April and May 2018. A story of three people on the verge of life-changing decisions, Sa Wakas features songs from local hit-maker Sugarfree in a brand new light-- pushing the songs' innate vulnerability and testing audience's emotional capacity.

In this interview, Bandwagon talks to Sa Wakas musical director Ejay Yatco and producer/playwright Cha Pammit on finding the balance between story and music, their long and winding 5-year journey, the new project of the team behind Sa Wakas, what makes this Farewell Run special, and the possibility of revisiting the musical-- maybe.

There are a lot of local bands with a great repertoire of songs but why Sugarfree exactly?

Ejay: Our producer Cha Pammit is a huge Sugarfree fan so she's the one who came up with the whole idea. I came on board a little later on.

How big a part did the songs play in the process of writing the story of Sa Wakas?

Cha: We went through all 5 albums and chose the ones that fit our narrative. But there were also times when we liked a particular song so much we wrote a scene around it, (but) we tried not to choose songs because it's a fan favorite.

So there was a story already from the beginning.

Cha: The story comes first and foremost, and the songs need to fit the dialogue like a glove. The lyrics are the characters thoughts and emotions.

Ejay, as a trained classical pianist with a wide experience with western musicals, is there anything new you learned from having to dissect the songs of a rock band like Sugarfree?

Ejay: When I made the arrangements five years ago, I had very little experience when it came to rock and opm. Sa Wakas forced me to step out of my comfort zone and expand my range as an artist. It also taught me the importance of each member in a band, how each instrument plays a role in painting a picture to create the right context for a scene.

Did the band have a hand in the arrangement of the songs? To what extent?

Ejay: Ebe would drop by rehearsals and give us his suggestions for the instrumentation and arrangement. He's a really chill and nice guy and he basically gave us free rein on what to do with the music.

Cha: Some of our song choices were unorthodox because they weren't necessarily their biggest hits, and ebe was initially surprised. But once he saw how it was put together, he understood why it was needed in the story.

How did you come to the decision of putting a punctuation mark to Sa Wakas?

Ejay: Just like in a relationship, sometimes we have to let to go and move on to a new chapter. The Sa Wakas team and I have finally decided to venture on writing an original musical called Muli which will comprise of Ebe's hit song "Muli" and my original songs.

That new project sounds exciting! Is there a possibility of revisiting Sa Wakas in the future?

Ejay: We're not closing the door on re-staging Sa Wakas in the future. There will always be a possibility but not anytime soon. For now our goal is to explore new things. Pero who knows? Parang ex lang, minsan binabalikan.

How would you convince someone who has seen the previous runs to watch Sa Wakas again?

Ejay: This is our farewell run. And this show has been a staple in our lives for the past five years so they can expect us to do everything in our power to give it a proper heartfelt goodbye. This time around, the show feels like a real breakup.

Tickets are available at Ticketnet outlets and the official Sa Wakas website. Sa Wakas runs until May 27, 2018.