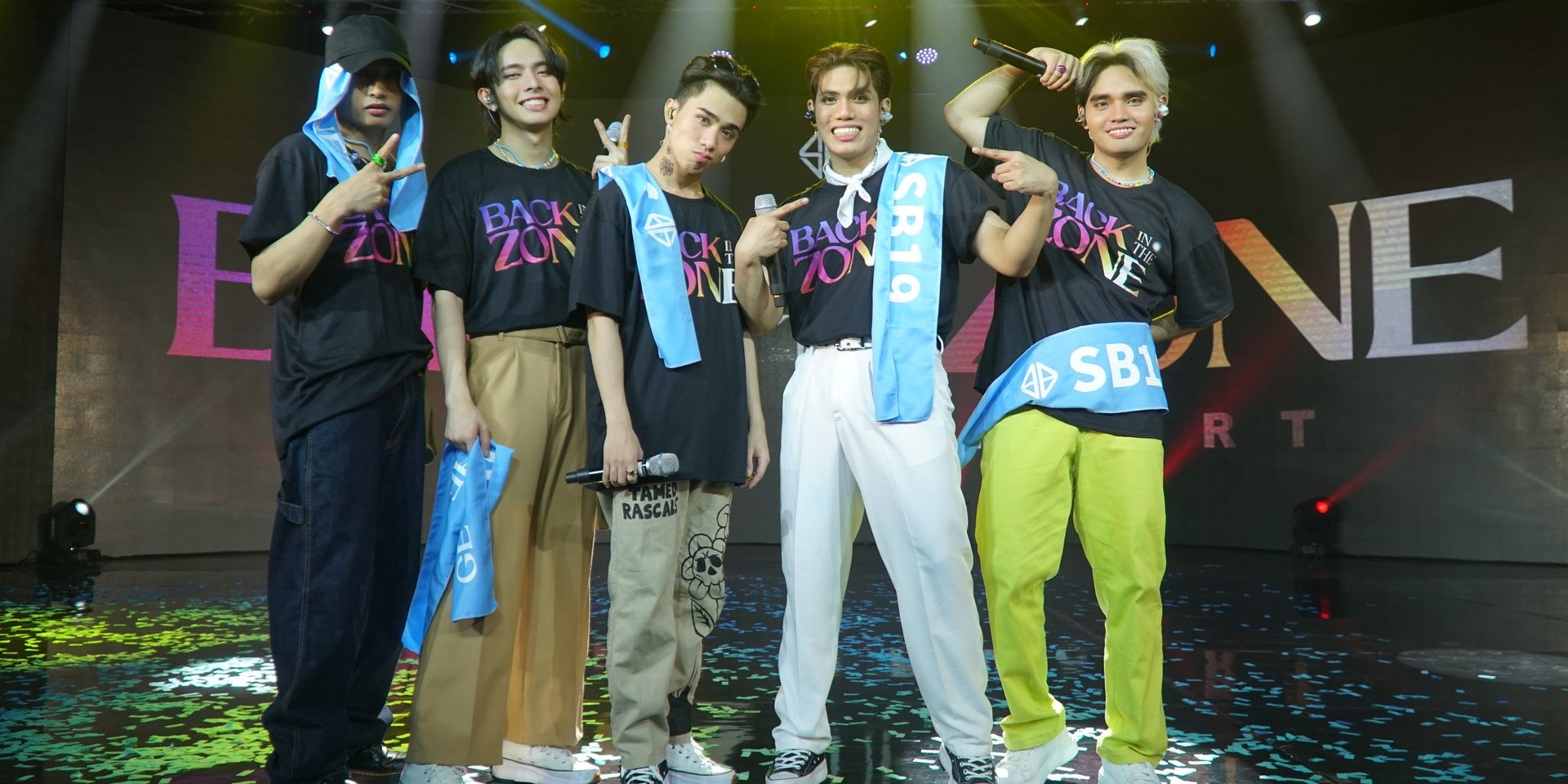 SB19 just made another milestone.

Hours after wrapping up BACK IN THE ZONE, KTX revealed that the P-pop sensations' second virtual show is the biggest earning concert on the platform so far, with thousands of A'TIN (fans of SB19) tuning in from across the globe.

Thank you to everyone who joined us in #SB19BackInTheZone and made this special concert a record-breaking success!!! Congratulations @SB19Official @showbtph !!! Maraming salamat @SB19_ATINph !!! Hope you all enjoyed the night and the show!!! Until the next!! pic.twitter.com/HFl8Fuxgbc

Shocked but not surprised 😮🤩#SB19BackInTheZone Concert is the biggest earning concert on KTX!! 😍

Our boys seriously killed the stage and the charts! Congratulations to @SB19Official, @KtxPH, and of course, A’TIN 🥰💙 pic.twitter.com/ocoKtXL5i0

SB19 leader Pablo took to Twitter to give his thanks to every member of their production team, as well as their fans.

Meanwhile, Josh and Stell also took the time to tweet their gratitude and send their love to their fans.

Thank you so much everyone! I love you all! 👑

Congratulations to everyone! To my brothers @SB19Official Job well done! And of course to our forever love, A'TIN! Thank you so much! Hope you had a great night. Love you all!

In another tweet via their official account, the group expressed their love for their dedicated fans, A'TIN.

SB19 will be performing at the MYX Awards this month, where they're nominated for Song of the Year, Music Video of the Year, and Artist of Year. Meanwhile, KTX has hosted concerts by the likes of Darren Espanto, Daniel Padilla, and Sarah Geronimo.