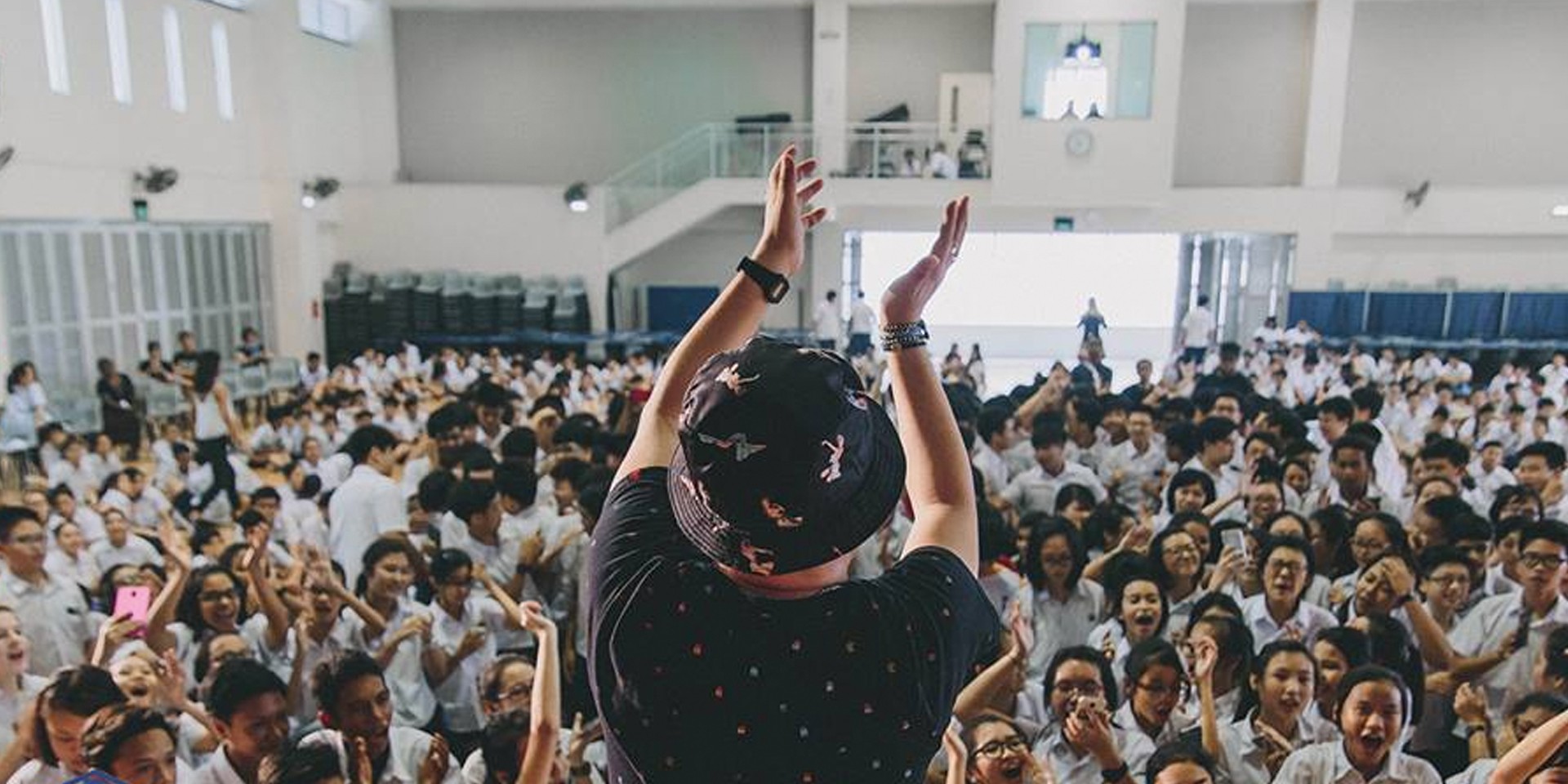 2015 was a breakthrough year for *SCAPE Invasion, touring around Singapore and taking over school hall after school hall — spreading the joy and unadulterated passion for live music to Singaporean students. The 2015 Tour has brought some of Singapore’s most established music acts, like The Sam Willows and Gentle Bones, to 32 secondary schools and tertiary institutions over the course of the past nine months.

With the 2015 tour officially over, and the team gearing up for an even more eventful 2016, the tireless team at *SCAPE and Invasion Singapore are ending off 2015 proper with *SCAPE The Invasion, a full-day festival which will highlight "made-in-Singapore music and makers in the heart of Orchard Road", happening on December 5.

*SCAPE itself will be invaded as it'll be transformed into a "festival village". It will feature upcoming and established musicians and makers, just in time as the festive season starts. 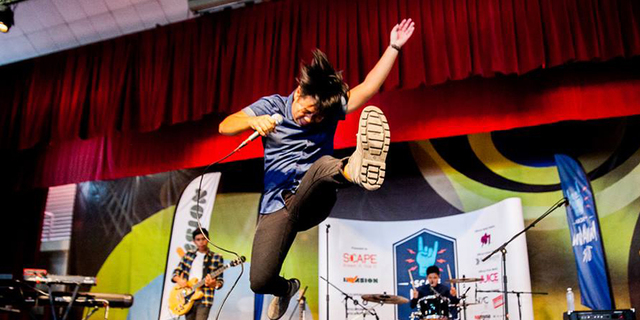 "*SCAPE's massive reach to youths matched the extensive technical know-how and gung-ho spirit of the Invasion team, laying the foundations for a natural relationship."

At the heart of the festival boasts a lineup of acts like Charlie Lim, the *SCAPE Invasion Tour headliners like ShiGGa Shay, THELIONCITYBOY and Michaela Therese. Throughout the festival, there will be chances to catch Joie Tan, Nathan Hartono, Stopgap, Take Two, The Summer State and HubbaBubbas. Invasion alumni like Caracal, The Fire Fight and A Vacant Affair will be performing as well.

“Music lovers will be spoilt for choice with continuous performances at three separate stages, including *SCAPE The Ground Theatre and the newly renovated Bandstand and Gallery." says a representative for *SCAPE. "For those seeking gift ideas or simply want to pamper themselves with a spot of retail therapy will be stoked to find unique goods, quirky artisanal crafts and accessories from over 30 young talented makers in a specially curated zone at the *SCAPE Marketplace.”

The festival is set to kick off at 2pm, ending off with a pre-ZoukOut party that you'll need to score an invite to, featuring DJ KoFlow, Darren Dubwise, and Lincey.

Prepare yourself with the full schedule for the festival here: 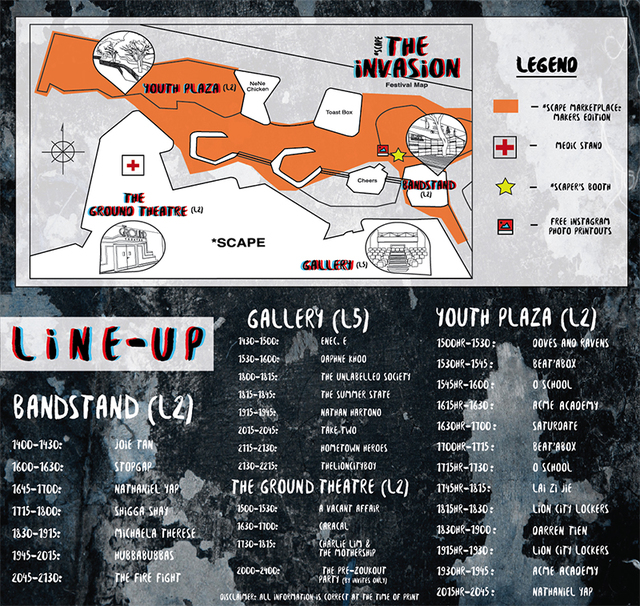 Comment below if you want to score a pair of invites for *SCAPE Invasion's Pre-ZoukOut Party. Just let us know who you're looking forward to see at *SCAPE The Invasion. 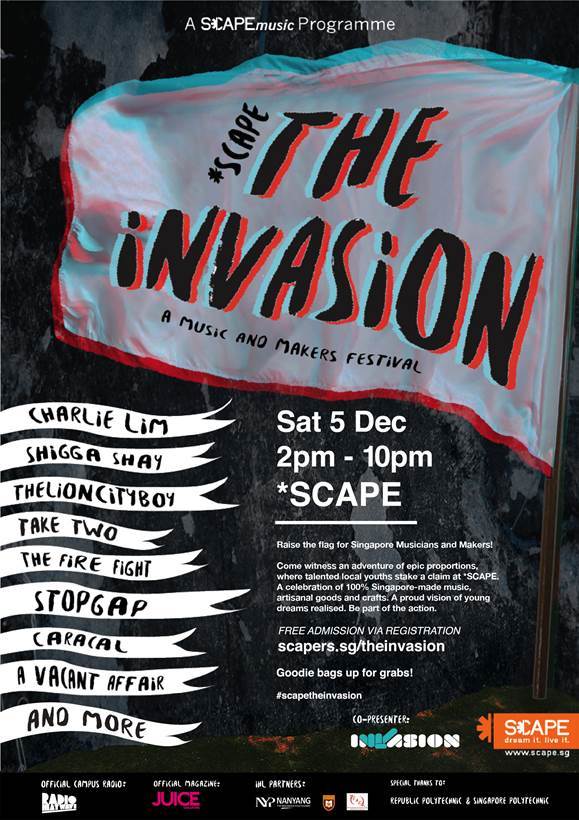