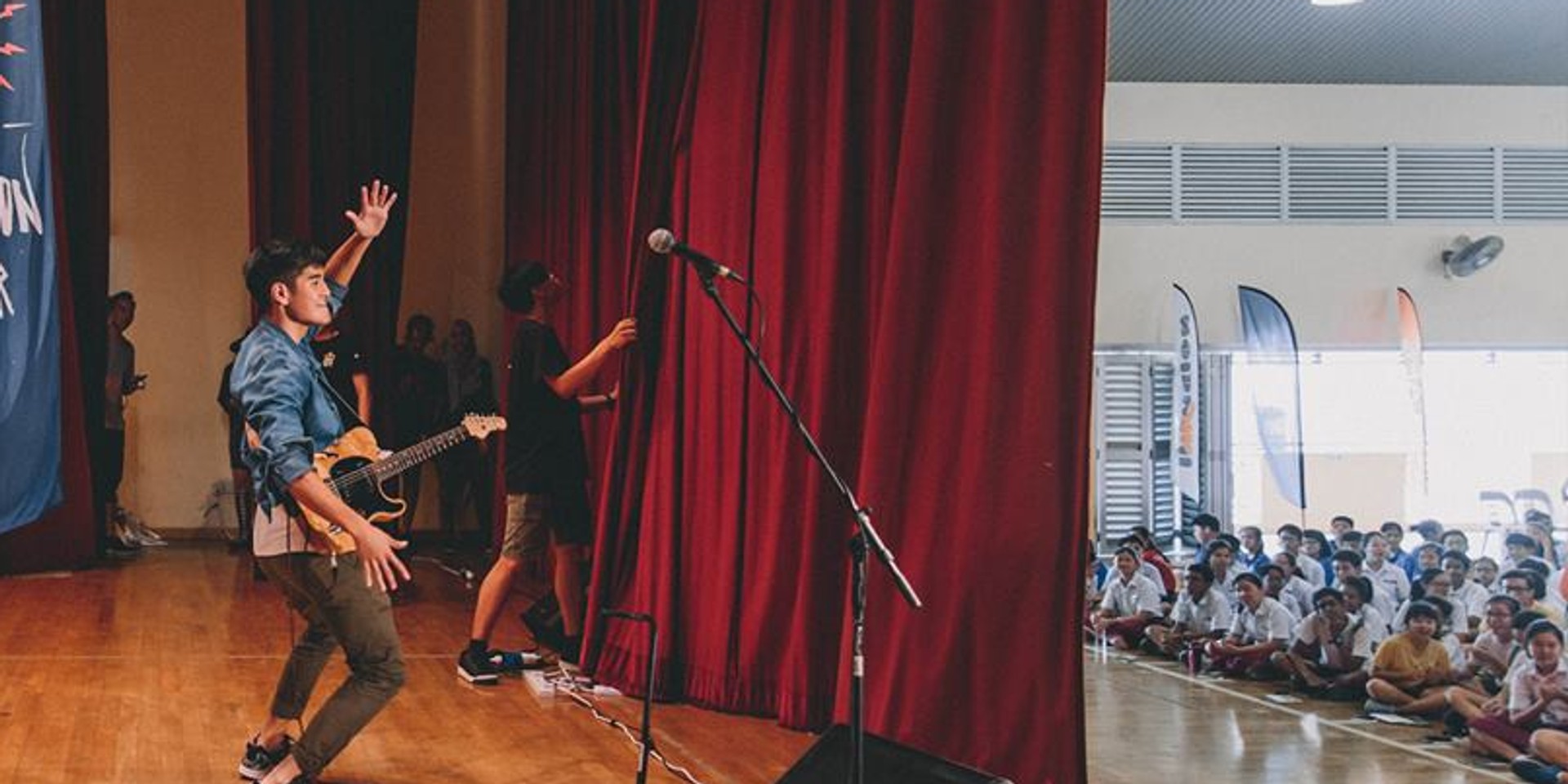 Heart-shaped crushes, BGR (boy-girl relationships) and eye-candies, that’s what most of us remember from our time in secondary school right? At Bukit Panjang Government High, we learnt that it still holds truth many years after.

Romance was the name of the *SCAPE Invasion Tour's Bukit Panjang Government High leg, and you can bet that plenty of it was dished out. Singer-songwriter Joie Tan entered the stage, dedicating her first track to her ex-physics teacher Mr Yeo, who was now reassigned to Bukit Panjang Government High, whose absence caused plenty of commotion amongst the students. At the back of the hall, the student body had other ideas.

Perhaps it was the delay in proceedings or Joie’s quirky jokes (they were funny alright), but with the first verse of Kodaline’s ‘All I Want’ echoing, they were rebutting in unison of cheers. 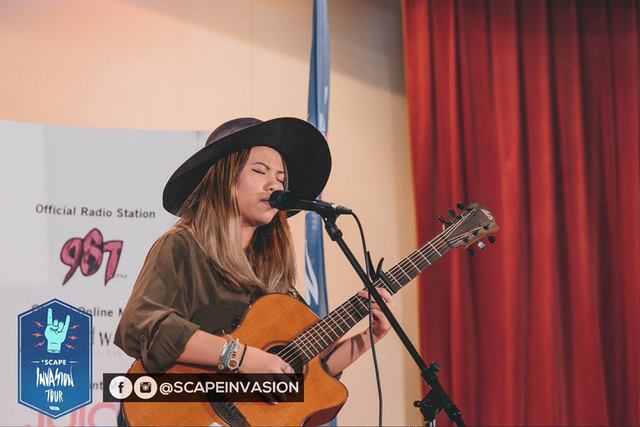 One thing to note is that Joie’s music shakes and stirs, but it doesn’t exactly translate into the physical manner; she doesn’t get hearts pumping, but oh man she really works those emotional chords in your heart.

Breaking from the soothing Kodaline cover, Joie sought for a different direction with her own creation, ‘Can’t You See’, which played with the various rollercoaster-like movements in her arrangement which culminated at the peak of the chorus and held the audience’s attention. The pupils started off slightly distracted, but they stopped leafing through the booklet in their hands, with their eyes now focused on Joie and her music making machine.

“Are you ready for some romance?”, 987fm Kimberly Wang asked, warming up the crowd as they responded in a muted yet bashful manner. Nathan Hartono peeped from the curtains, disappointed with the crowd’s unwillingness to express before exclaiming, “I heard backstage you guys are not ready for romance, I’m going to change that!” Launching into ‘Thinking Bout Love’, he slammed in a perfectly pitched jazz-inspired performance before attempting a sax solo with vibrations off his lips. This in particular was the first turn of the wheel for the remainder of the set, which got the girls in particular whistling and yelling. 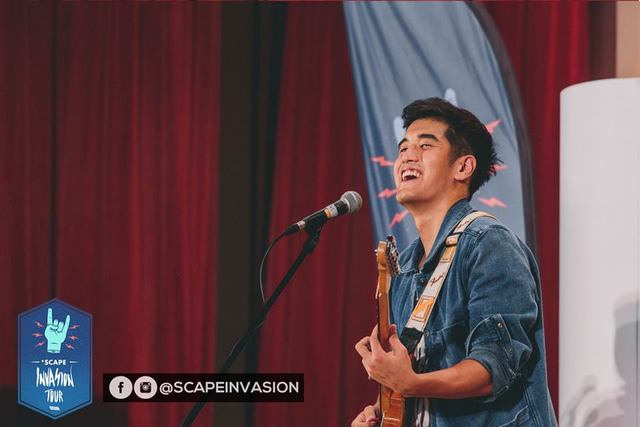 Midway, Nathan pointed out a moment of inspiration from listening to the radio on his drive over, “Y’know while driving over today, I was listening to 987fm as usual and this song came on and I was vibing to it. I might get the words wrong, but I hope you guys don’t mind. “As Nathan dished out The Weeknd’s ‘Can’t Feel My Face’ with made-up words and rusty strums of his guitar, it was apparent that the students did not mind a single bit.

Despite the schedule slipping well late into the afternoon, the students were unwavering in their wait, withholding grumbles about the heat and standing in perfectly straight lines (the teachers must have been pleased). It didn’t take a rocket scientist to connect the dots - the students in line were mostly girls and they were keen to meet Nathan. In the meet-and-greet, Nathan was lavish with his hugs and responded in a charming fashion which resulted in plenty of screaming and blushing. 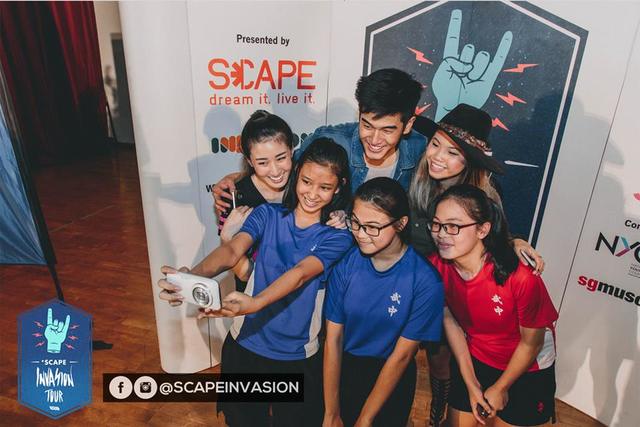 There were plenty of gushing during the meet-and-greet, but here were the top three quotes that would have never been uttered out loud had *SCAPE Invasion not toured Bukit Panjang Government High:

Here's a true story that I personally encountered. Some girl at the end of the set thought I was Nathan Hartono with my back turned and asked for a photo, upon realising that my front looked no way like Nathan’s well-defined face, she responded ‘oops sorry, wrong guy’, with no remorse and giggled away like how typical teenager girls do for a good four seconds.

Way to put a chink into my confidence, girl.