In school, assemblies are a platform for sharing learning experiences and they commonly lasts for about an hour (goodness grief). Assemblies can be a lot of things and one of them is usually boring.

Looking back, I remember from scattered memories: my principal entering her usual bout of inspirational quotes and verses as she swoop around in her cheongsam, then berating the school for a lack of compliance to the school’s motto. This became a weekly ritual and we yearned for a break in this horizontal line, from the usual campaigns by the health promotion boards and wince-worthy school productions. 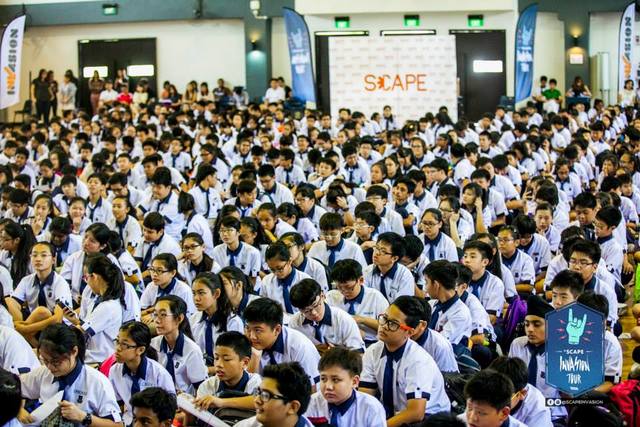 I had my first school invasion in 2005. Neither students nor teachers had a clue what the next torturous hour would hold for us as we shrunk in our criss-cross apple sauce seating positions, fiddling with our tightly-knotted assembly ties while the teachers kept busy planning their after-school dates.

None expected the Levan Wee-fronted band Ronin to appear in our shoddy auditorium cooled by scroungy fans revolving around their rusty axis, to some, it was a break from the usual tell-all presentations and others, the start of a growing relationship with the local music scene. But after much rumination, without this unorthodox lesson I felt most teenagers could go their entire life not knowing that such a populace even existed, that being a full-time musician could be a goal at the end of their learning years students can strive for.

On the third day of the *SCAPE Invasion Tour, students at Hougang Secondary were being subjected to similar experiences; a teacher giving a talk on the importance of nutritional meals behind a backdrop set for performance. When mics were passed over like batons, Joakim from 987FM roused the crowd, bringing them back to life, “You’ve been invaded!”. 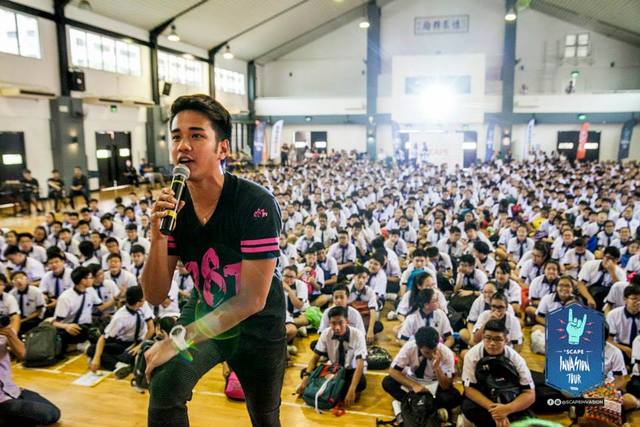 The adolescent crowd responded to Daphne Khoo with cheers and shouts, despite them knowing little about her rise to fame in the first season of Singapore Idol (some 11 years ago). With an acoustic guitar slouched across, Daphne tested the waters with ‘Instrument’ as the crowd welcomed the sweet oohs of the chorus and followed up with ’Wonderland’, the waves and claps from the students knocked in an indubitable acknowledgement like a golden seal of approval as they showed appreciation in the ways they knew how to. 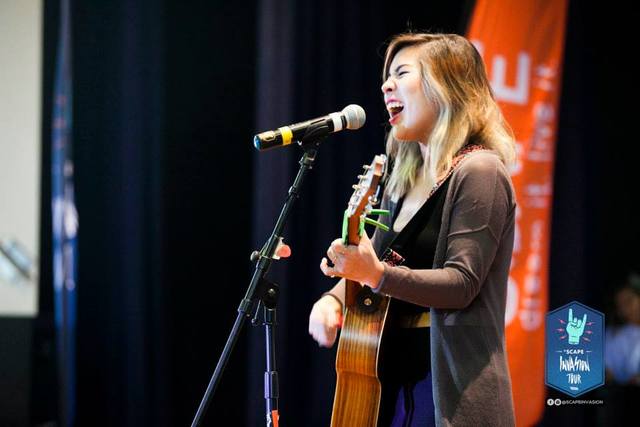 Standing up and moving in an orderly manner would be the proper and precise way to exit the assembly, but Kevin Lester aka THELIONCITYBOY had those plans shelved with a buoyant display of wicked beats and fast lines. When Kevin is in front of a crowd, he entertains; and with a level of wit and charm, spitting and pummelling into the microphone while venturing into the crowd as the good vibes from the rattling crowd spill back onto him. ‘Overdrive’ shows off their animated style, with kicks and hand gestures thrown around, rounding up the innovative set, the Hougang faithful were on their feet readying their smartphones for their selfie onslaught. 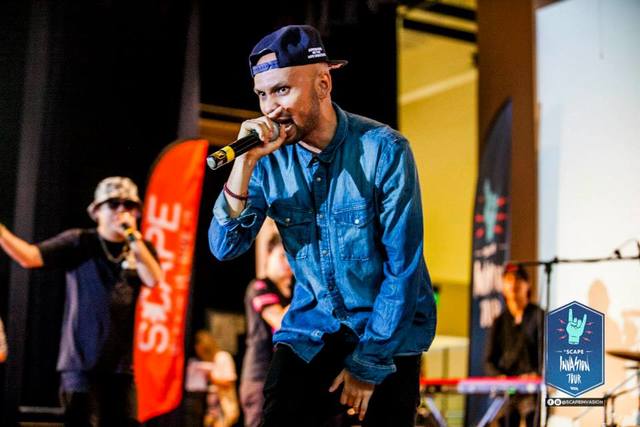 After selfies were taken and autographs scribbled, I asked "Hougean" Jun Wen his thoughts on the show, “it was amazing and totally different but two of my classmates missed the show cause they were sick.” Too bad for them, I thought, but there is a lesson to be learnt here (since this is an educational instituition), stay in school regardless kids. 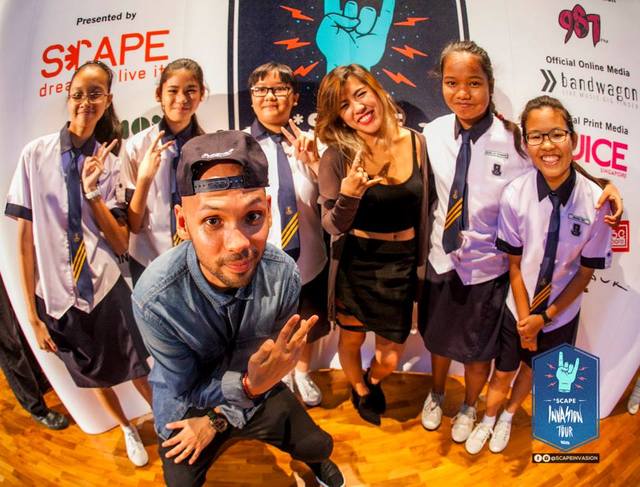