There was a tinge of lethargy in the air as the cool rain fell outside the school hall. The West Spring Secondary students seemed miles away, lost in their own thoughts and ready for bed. 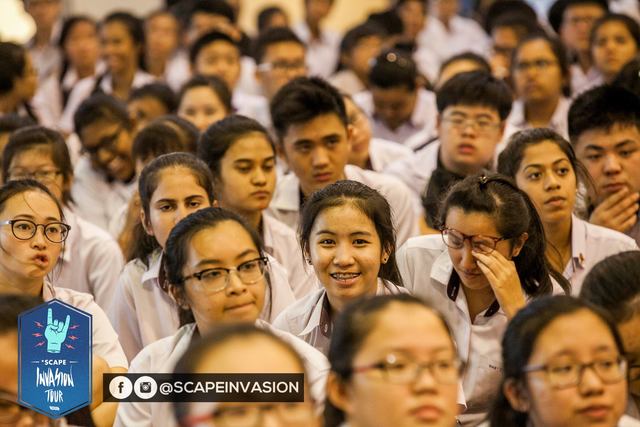 Nonetheless, that didn't stop first act HubbaBubbas from exuding their usual brand of energy. They opened their set with a familiar medley of Top 40 hits as the student crowd, conflicted between having fun and being on their best behavior, clapped on sporadically.

Lead singer Stephanie Lim wowed the crowd with a spot on rendition of Mackelmore's ‘Can't Hold Us’ midway through. And the kids really got into the rap and hip-hop songs, which was good news for the following act, Singaporean rapper ShiGGa Shay.

The very moment ShiGGa’s name was mentioned, the crowd was visibly excited and murmurs broke out all around. His star power was evident as someone in sitting in the front row shouted "You're hot!” 987fm DJ Sonia Chew was quick to single the boy out and had him to repeat his words as encouragement for ShiGGa, who was waiting behind the thick red curtains.

The entire school responded enthusiastically to ShiGGa's unique style of Singaporean hip-hop, which is typically punctuated with Hokkien and Singlish. Armed with just his DJ and a microphone, ShiGGa dropped some smooth, sharp rhymes and attacked each song with guttural ferocity. 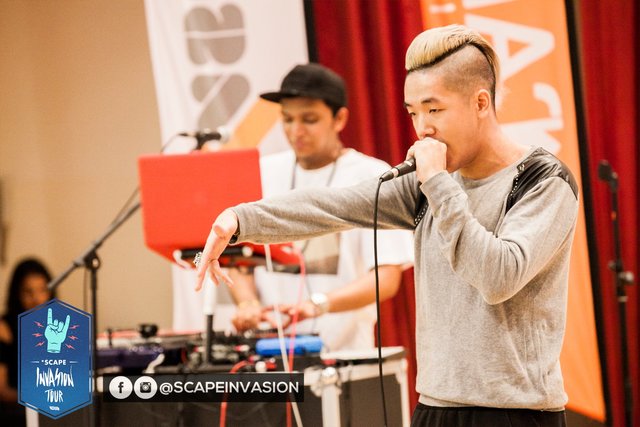 He opened strong with ‘Lion City Kia’ - a song that translates the mundanity of everyday Singaporean life into a four-minute hip hop number which boasts the same kind of homeboy pride that Jay-Z has for Brooklyn, or Ice Cube for Compton. While that sentiment was clearly lost on the younger audience members, the older kids clearly caught on to ShiGGa’s drift and appreciated the hip hop gold that was being dropped. 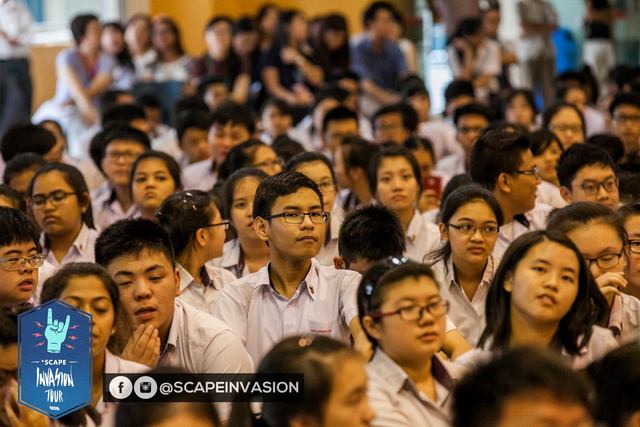 ShiGGa, sporting his iconic blonde faux hawk hair, continued with ‘Mama Don't Cry’ – a heart-warming song about a child's love for his mother. Ending off with the popular track ‘ShiGGa Morning’, the rapper was joined by collaborator/*SCAPE Invasion Tour manager Inch Chua on stage. 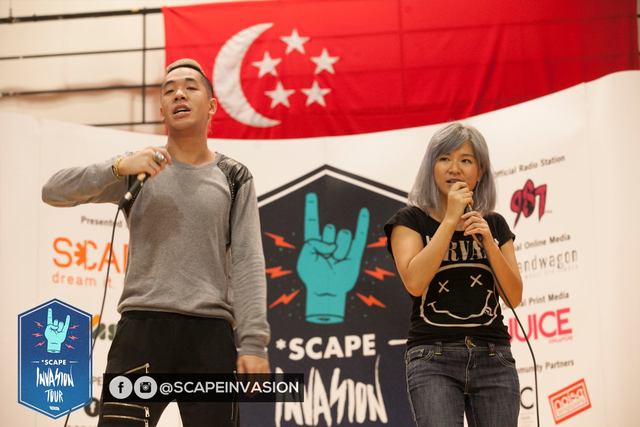 The students didn't seem to want to leave even after being dismissed. And it wasn't long before a massive line formed in front of the stage, filled with fans hoping for a chance to rub shoulders with the posse of musical celebrities who waited on stage.

Most of the girls kept their cool as they took their selfies with ShiGGa, only to completely lose it as they left the stage in an outbreak of giggles and squeals. One girl, who was clearly quite taken by the ‘LimPeh’ rapper, pranced off stage proclaiming that he has "so much swag."

It got me thinking about the kind of image that local musicians adopt. From drop-crotch pants to snapback caps, it seems that local musicians do quite a great deal of ‘borrowing’ from their Western counterparts. But does that make their music any less original? So I figured, who better to ask about creating a homegrown style and image than ShiGGa Shay. 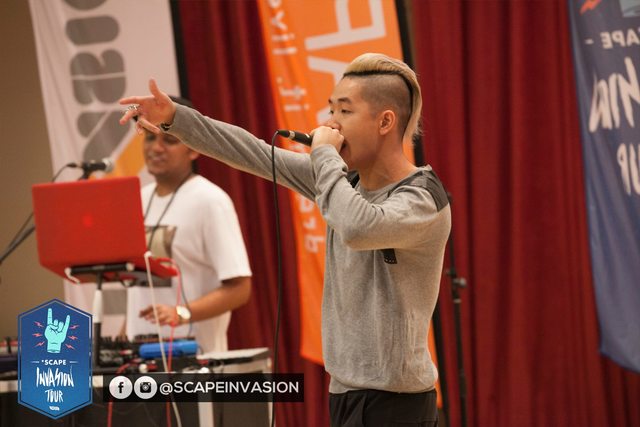 Going by his music, you would expect ShiGGa to be heavily influenced by hip-hop in his youth. But surprisingly, the ex-Chinese orchestra and military band member actually grew up surrounded by classical music. "I was very exposed to that kind of music from a very young age, so it kind of shaped my musical taste in a certain way."

On incorporating local dialects and lingo into his music; ShiGGa says that it was just something he wanted to try out, "I just had a thought one day like, ‘What if I did that?’ How would it sound? How… to make it not sound corny, but at the same time make it appealing to the people here. So I just tried it and it worked out."

Because hip-hop is so deeply rooted in African American culture, one would think that there would be some apprehension involved when incorporating foreign elements like Singlish. But when asked if it was scary at first, ShiGGa confidently chimed "Nah, it wasn't scary. Because I wasn't pretending to be someone I'm not. I was just being myself. There's nothing scary about being yourself." 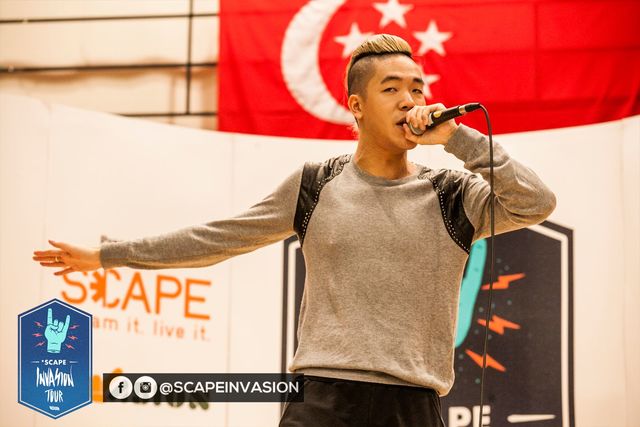 "There's nothing scary about being yourself."

With such a unique style, you could almost say that ShiGGa Shay has created his own brand of hip-hop which holds enormous potential. But the modest rapper feels that he hasn't actually done that; “I wouldn't say I created my own brand, but I definitely tried my very best to be as original as I can be."

So to all local musicians out there who have ever gotten flack for copying or ‘borrowing’ a particular musical style or image, here's some wise words from the man himself; "Music from anywhere in the world has got its own culture and taste; wherever it’s from. Singapore is a very special place and there is an identity that we're all still trying to discover because we are still very young. But there is definitely something there that nowhere else in the world has. That's what makes it Singapore."