During their break in-between exam papers, students at Whitley Secondary receive yet another education in local music, thanks to the *SCAPE Invasion Tour dropping in at morning assemblies for 32 secondary schools, junior colleges and tertiary institutions. Other than bringing in new flavour and excitement to the routine of being a student, students also receive strong-worded life-shaping advice from previous *SCAPE Invaders.

Hiding behind the curtains onstage, singer-songwriter Daphne Khoo gasps as emcee Tabitha from 987FM makes a slight unnoticeable error in her introduction of her fellow Singapore Idol star. But emerging onstage, Daphne was cool and composed, spelling out the many intricate details of her exact progression from studying in secondary school to the decision to make music her ultimate profession. These are all described to them in a charming and comical manner which naturally made the students lean in to listen. 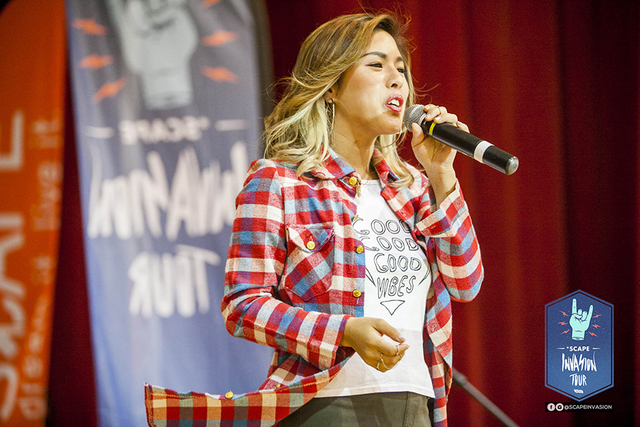 It is good to point out that her inspiring story was less lobbying for students to stray away from the academically-inclined path but more so a step-by-step guide on how to becoming a better singer-songwriter in Singapore. Sound advices were given out: “don’t worry about not having the skill, it is all about jumping in and having faith in yourself” and “write as many songs as you can, I write 200 odd songs and most of them would probably not even make the cut.” Advices that neither school nor its teachers could pass on, these priceless words of wisdom would go a long way and not go fallen on deaf ears.

As one of the headliners for the *SCAPE Invasion, the crowd at Whitley Secondary School was infatuated with Michaela Therese. Representing a largely-undiscovered genre of soul and jazz, the L.A.B. singer would be the perfect spokesperson. Years after years of being in the industry for 15 years have taught Michaela how to construct a hip-gyrating finger-snapping hit by adjusting the tremble in her voice or the chimerical touches on her black and whites. 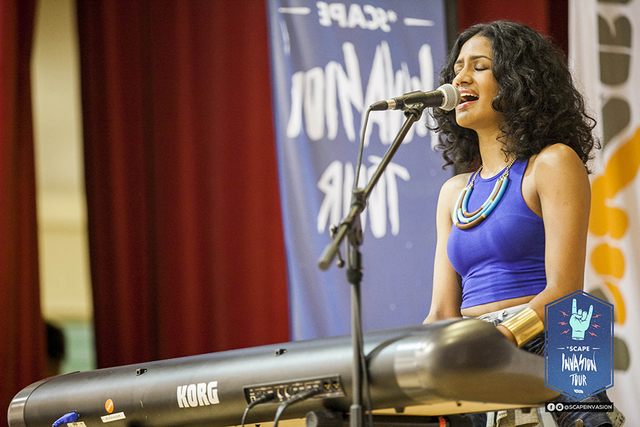 More often than not, shaking off the morning fuzz would require a little bit more than coffee, but Michaela was the generous hand that feeds. With a bubbly and effervescent outlook, her enthusiastic personality is seen in her actions and dressing; a dazzling gold highcut matches her Wonder Woman-like bracelets. Such worries about the yawning crowd soon dissipated when Michaela proclaimed the hall be awaken when she played ‘Awakening’, a display of chiming and accelerating piano parts under soaring vocals that runs deep with the heart and soul.

Her concluding song ‘Make You Think’ was more kinetic and movements, breaking into a skilful rap beneath singing parts that twirl around gracefully, which really got the crowd responding and clapping. The underlying message in ‘Make You Think’ had additional meaning, acting originally as a tribute to Lauryn Hill, who, in Michaela's words, "spoke to her" in her album Miseducation of Lauryn Hill while she was still in school, and also as a broader appreciation to artists who do the same — making their audience think with their music. Citing that music has a function in society, she believes that artist has a responsibility since art in all forms can address matters like social issues, where others might not. 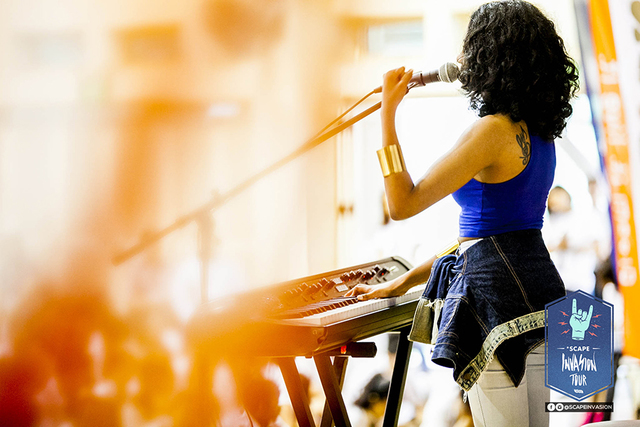 It has been years since the established musician last sat in front of a chalkboard. I envision Michaela’s report card would probably read: A* in English and Literature, C in Math, B in Science. Michaela is overall a diligent student who has been on time to school for the last year and is generally polite and courteous. However, her behaviour in class calls for concerns as she often hums in class and distracts her classmates with her singing. Although angelic, the teachers have tried to separate the pair but had little success. We seek cooperation with the parents to encourage her on her extra-curricular activities at her own time. See me.

Speaking with Michaela after the show, she doesn’t stray too far from my predictions. Using the word ‘cheeky’ to describe her in class, she would often annoy the teachers by talking in class and not paying attention. And when the opportunity arises, whether it is for talent shows, singing in a choir or a sing-a-long with her classmates, she would show off and use the school stage as her platform to perform.

Michaela isn't too different from the average student, she has her usual mischiefs (climbing over school gates after getting locked in school) but she believes the importance of having a Plan B, despite making her decision to pursue music in her teens. “I understood that my school years are for the rest of my life and decided to be serious and buckle down.” This is one important advice I wish someone had told me when I was 14. 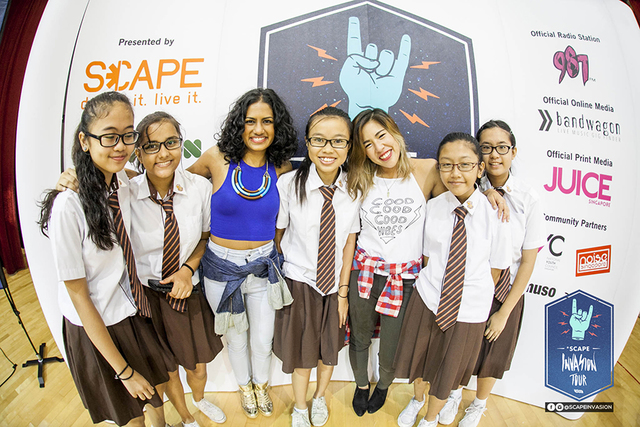