It doesn’t take much for a good live music experience. All you really need for an unforgettable gig experience is an instrument, artist and audience. Sure extravagance such as staging and fireworks adds colour to any gig, but it isn’t a requisite. Case in point, MTV Unplugged in New York by Nirvana. Besides, can you blame us for being jaded after all the over the top Jubilee Weekend festivities?

So you can understand our excitement when we learnt that *SCAPE Invasion Tour was going unplugged for their latest leg at Ngee Ann Polytechnic (NP). Organised in conjunction with campus Radio Heatwave, the acoustic showcase entitled Sounds of Singapore (SOS) Unplugged was exactly what the doctor ordered. And judging by the rapturous reception at the start, it was clear that the NP students too could barely contain themselves as the first act took to the Music Box auditorium.

Stepping out to a theatre of appreciative audience, the ex-NP alumni set the tone for the night with personal anecdotes peppered throughout her set. The petite songstress, decked out in a sweet sky blue dress, kicked off with ‘Weak’ – a song born out of her well-publicised battle with cancer. 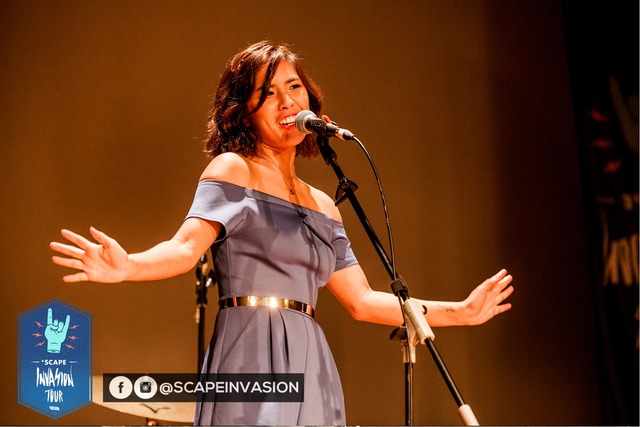 Though still recovering from a bout of tonsillitis, Daphne remained in high spirits as she shared intimate details of her NP days as well as young love. Her saccharine sweet voice and tender guitar playing was sufficient to transport us back to memories of our own dog days. With the memories of the Jubilee Weekend still fresh in our minds, Daphne chose to end off her set with her own personal SG50 homage, ‘Raise Your Voice’.

The five-piece indie rock band have gained quite the profile since the release of their Pairs EP earlier in the year, and it showed with the audience (particularly the girls) screaming their lungs out. Take Two launched straight into signature anthem ‘Always Been Right Here’ and it was clear that their female fans were hanging on to vocalist Paddy’s every word. 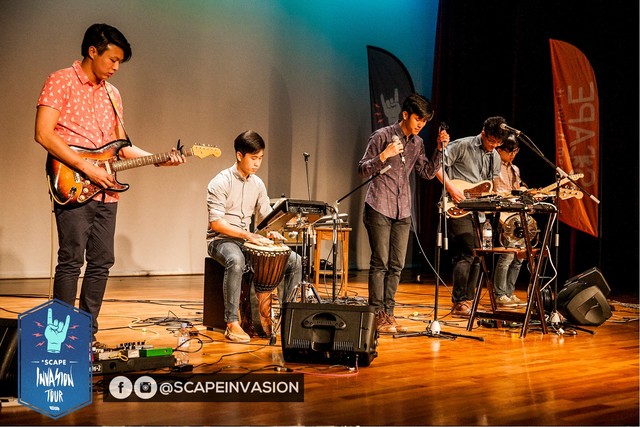 The band then got animated while dishing out the song ‘In Your Arms’ with bassist David riffing on some very funky bass lines. On the other hand, frontman Paddy was trying to get the audience involved by getting them to clap along. And it proved to be the right tonic for their fans as third year Mass Communications student, Joel Ng stated that he will not forgetting the “Take Two memories” anytime soon. By the time the band closed off with ‘Ariel’, the atmosphere reached fever pitch as the audience were left wanting more.

Playing to a near-full auditorium, Singapore’s most popular English pop act did not disappoint with a masterful display. Though fresh from their high profile NDP gig, The Sam Willlows displayed no sign of fatigue as they started their set in a rather intimate manner. This was in line with what their percussionist Sandra stated as the group “always crave (audience) interaction” and tries to “do different things” for smaller intimate shows. Sitting themselves just off the stage, the band was immediately swarmed by fans eager to capture the band’s new look. Though some might have been distracted by bassist Narelle’s new blue hair colour or her heartthrob brother Benjamin’s statement ripped jeans, most of the audience were enchanted by their acoustic rendition of their debut hit single, ‘Glasshouse’. 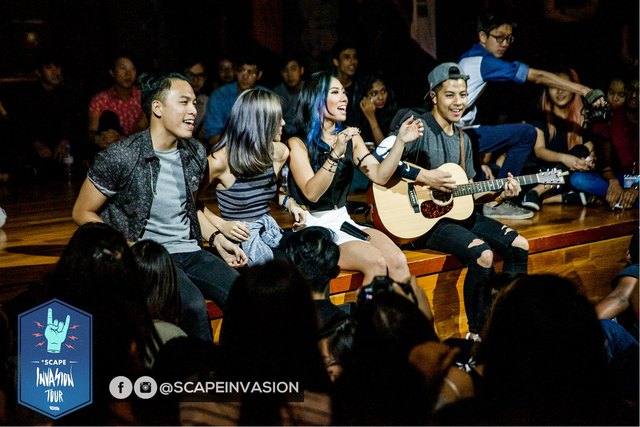 The jovial foursome then kicked things up a notch debuting the new track ‘For Love’ as they gave the NP audience a taste of their upcoming album. It was a palpable happy atmosphere in the modest auditorium as The Willows unveiled their psychedelic orange backdrop and lights. Their energetic display continued with slick choreographed dance moves as the band belted out their latest cover, ‘Shut Up and Dance’. 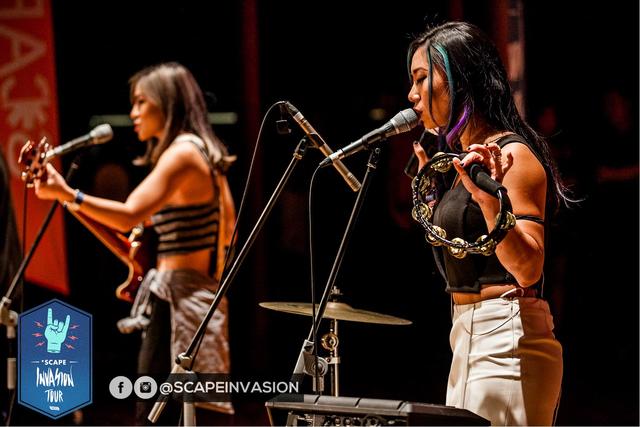 Ending off with their latest single ‘Take Heart’, which clearly delighted the audience, The Sam Willows managed to stir the crowd into life. With their hands in the air, the smiling students were out in full voice as they sang along with the band. It was quite a sight to behold and undoubtedly the highlight of the evening. Hard to believe that all this came out of an unplugged session, but as the Norwegian indie folk-pop duo Kings of Convenience puts it, Quiet Is the New Loud.