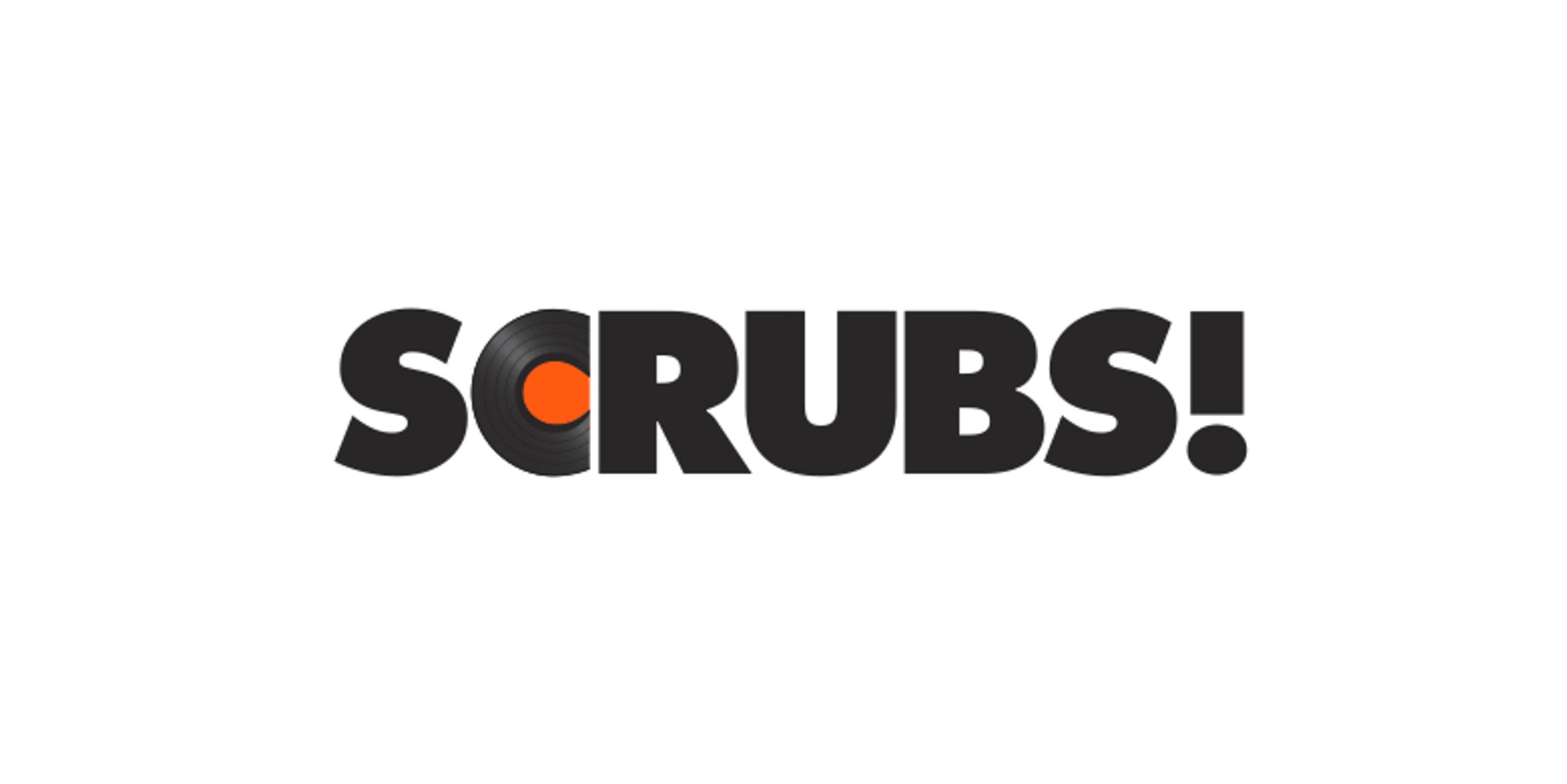 SCRUBS! is a Jakarta-based party collective formed by DJs/selectors Archie Dennis Balfour, Bergas Haryadita, Rajasa Herpatria and visual artist Naeka Gaeri aka SightScenery. Their shared interest? Love of good dancing vibe all night with no musical genres in mind. They have been bringing people to the dance floor in Jakarta since 2015. Naika was the man behind it all, breathlessly inspiring, creating and doing all the designs for SCRUBS!

Over the past years, they have held parties in various venues in Jakarta and Bali, namely H Gourmet & Vibes, Treehouse Kemang, Bonobo Event Space & Bar, Potato Head Garage, Hacienda Mexican Bar & Grill, Parc 19 and theSAFEHOUSE. Yogyakarta and Bandung are among some of the cities they have planned to visit.

But before that, on Friday, SCRUBS! is going to throw their their 2nd anniversary at theSAFEHOUSE featuring Adi of Pleasure and Alexander Bonkas aka Dr. Kessler starting 9pm onwards. On the next day, the proceedings are followed by Saturday Takeover at Three Buns Burgers & Cocktails, Senopati featuring Raffi Setioadi Gemawan aka Ruff from Delight Radio.

As quoted from their profile:

Dishing all that techno / house / re-edits / disco / italo and everything between the SCRUBS! It's the forgotten vibe you want to dance to all night; SCRUBS! is the dancing mood."

Here's a primer on the line-up:

Archie Dennis Balfour started playing on the decks, producing and remixing tracks since 2009. Though many people better know him as a DJ, he much rather prefers to be called as a selector. What most people may not know yet is that he works as a web designer and developer. He began his musical career crashing the console at house parties then gradually moving on to gigs in bars, clubs, festivals and international events. He has shared decks with international tastemakers such as LeFtO, Dâm-Funk, Onra, Basic Soul Unit, Detroit Swindle, Jazzanova, Auntie Flo and San Soda just to name a few. With the influence of sounds traveling as much as himself, gracing decks from city to city, country to country, he has run serial events such as Ketoprak Malem, Tropicana Connection and Oddities Exotica along with Jakarta's other emerging acts. He is also one of the men behind Divisi62. Currently based in Bali, this Darker Than Wax young blood is so enthusiastic towards eclectic selections that never fail to please both the mainstream and underground.

Bergas Haryadita is a massive vinyl collector and well-known DJ that has worked with some of the worlds' international groups including Japan's FreeDisco, Rong Music and London's LaserMagnetic Crew. After spending almost 15 years in the States and UK, he's now back in Indonesia. He co-founded Pleasure, giving Jakarta a new meaning of pure party fun with disco and house music. Back when he was still living in London, he ran his own Internet radio show at Deep Frequency which has other quality DJs such as Ashley Beedle, JuJu & Jordash, Soft Rocks and Vakula, just to name a few. Ever since his return to Jakarta, he has been DJing at parties almost every weekend in Jakarta and Bandung in parties such as Cliff Notes, Hit Machine, Ketoprak Malem, 365 Ecobar's Rendezvous, Bandung's very own Upper Basement, any many more. He's one of the resident DJs of Potato Head Garage and is one of Whiteboard Journal's music editor. Bringing his years of experience and knowledge, he has his own channel called Bam Bam Jam, a program where he curates a selection of great old and new music which revolves around, but is not limited to, dance music. He also hosts SoundClass, where he invites guests from all walks of life to bring songs that have personal value as well as share the stories behind their selections.

Rajasa Herpatria who is better known as Herta is a low-key guy who always provides good disco and house at get-togethers. He co-founded Papermoon Records, an electronic record label that was established in 2011 as a way to realize his 'disco night' dreams. According to them, it is more than just a label, more than another music gigs, more than a bunch of creative junkies crafting cool projects, and definitely more than a flock of energetic youth mastering mixtapes. They like to be referred to as the language to articulate freedom.

Don't miss out on these two parties 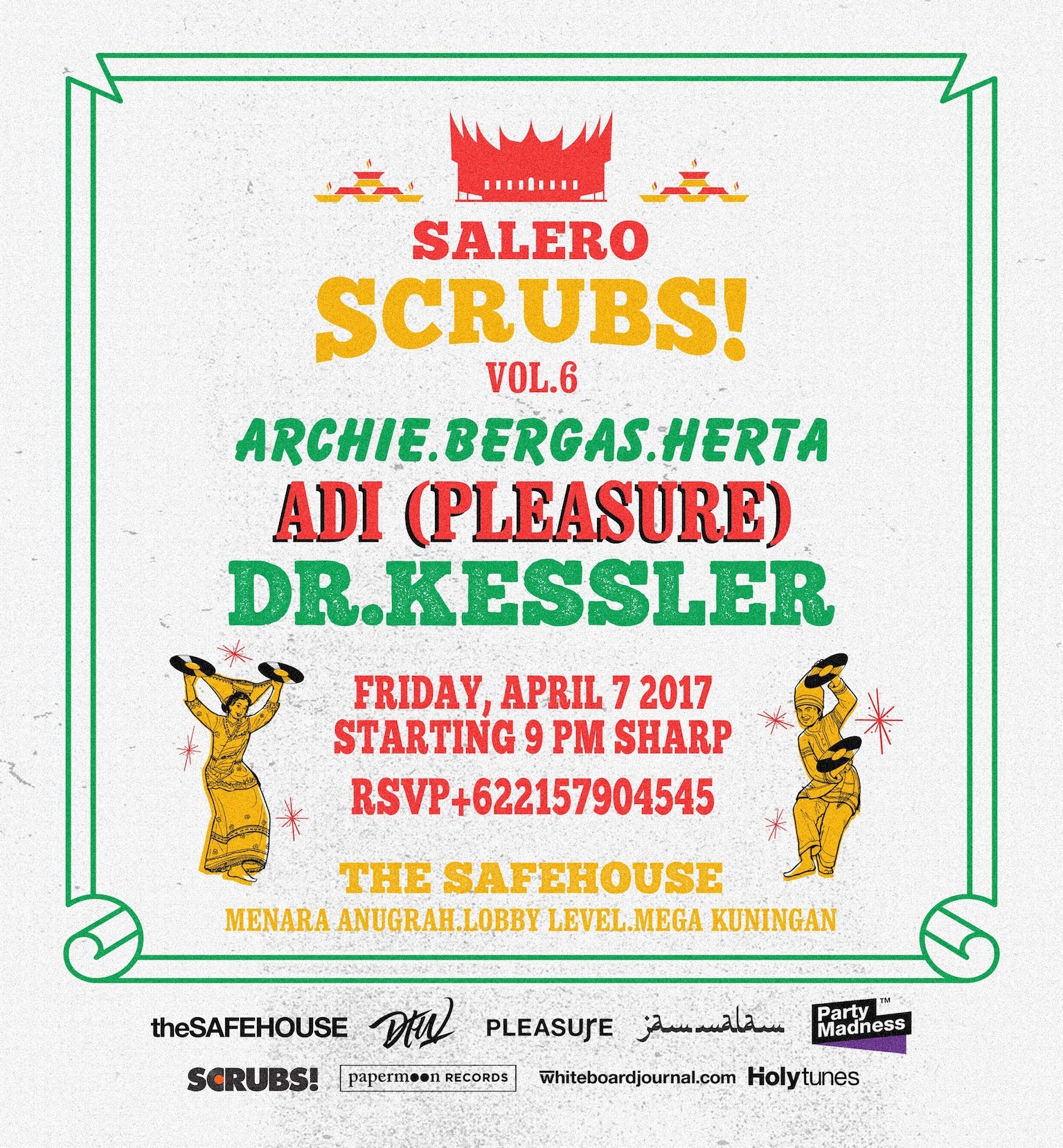 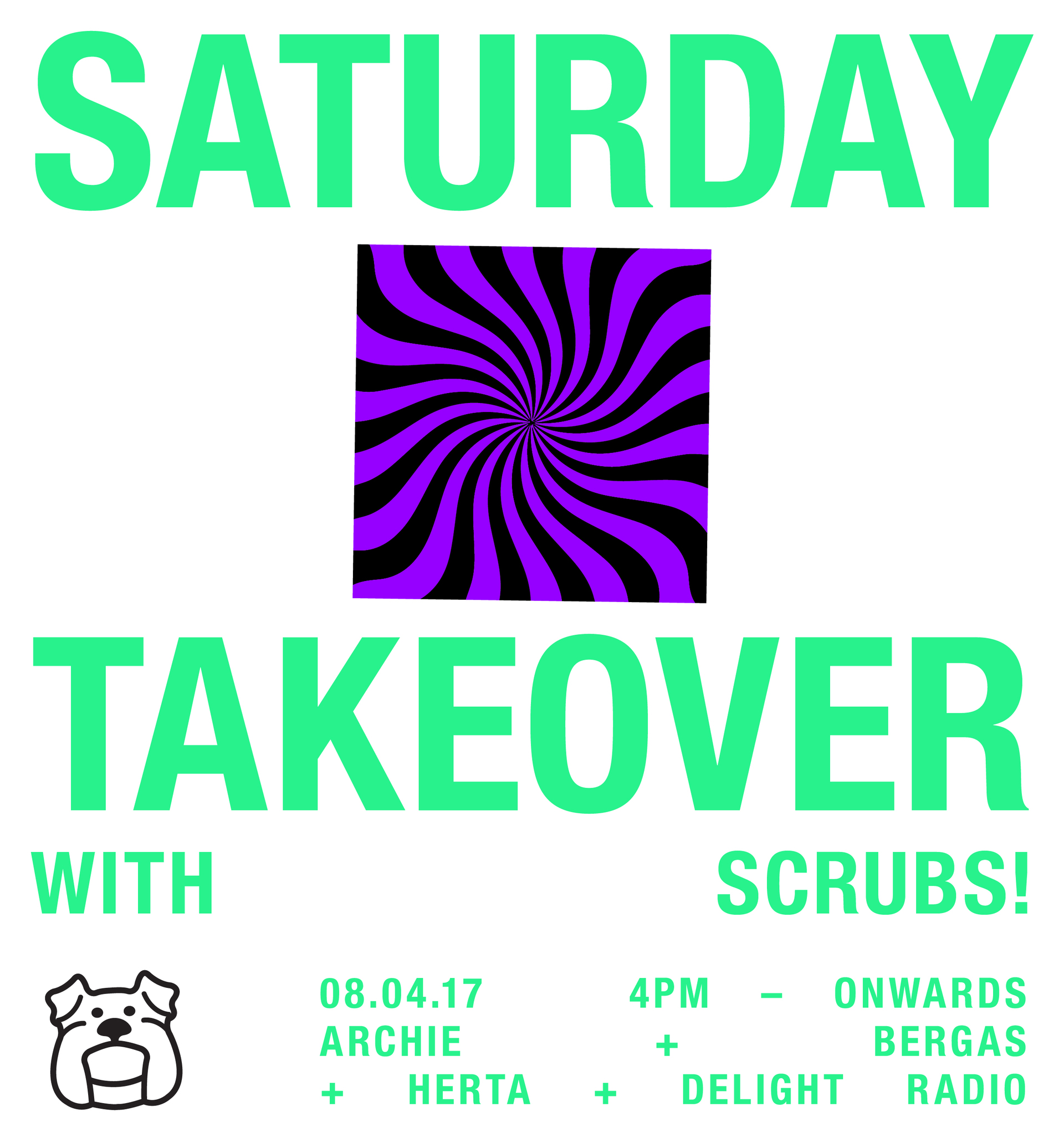 Listen to SCRUBS! mixes below