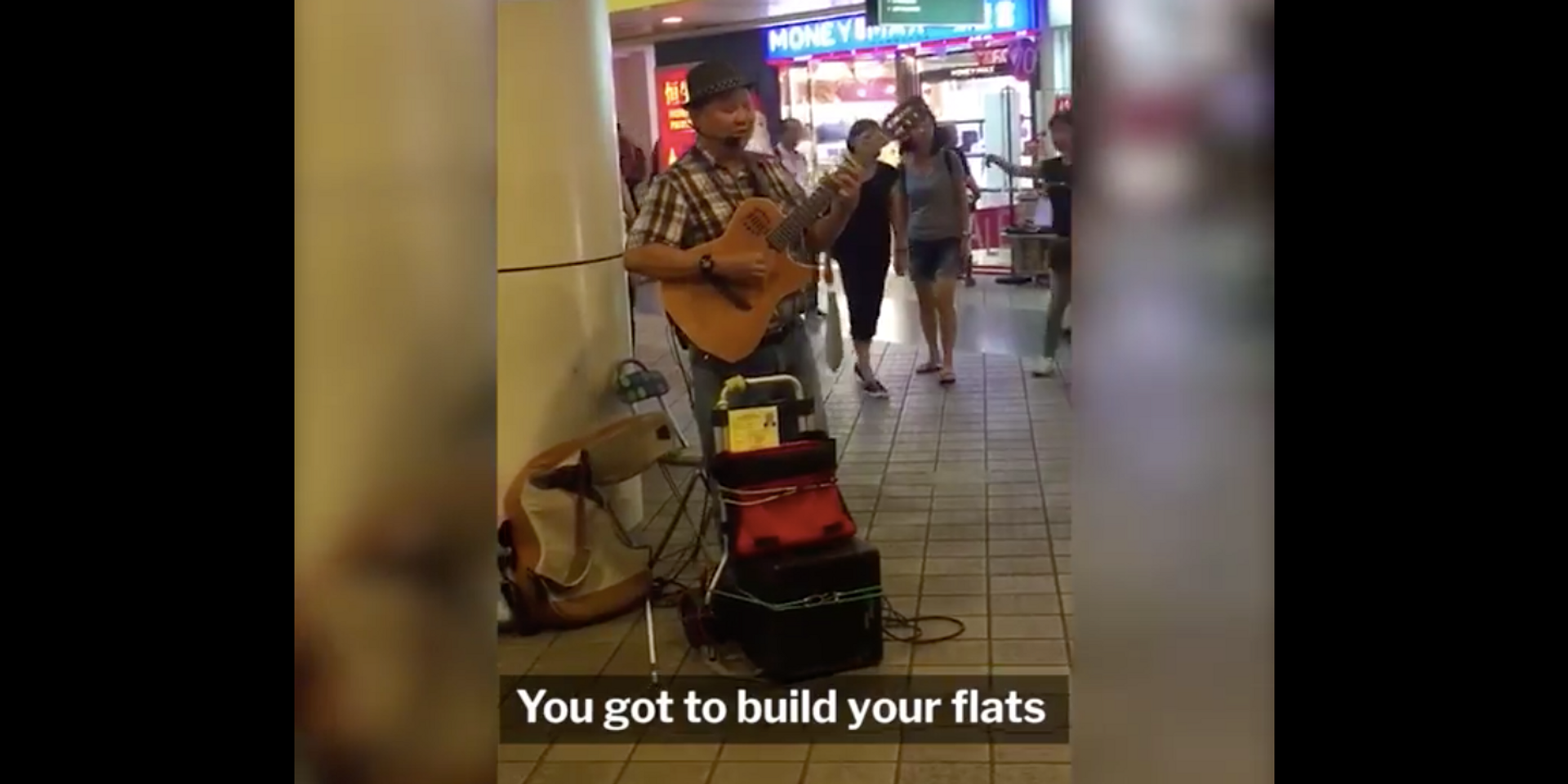 This could be the best rendition of 'Blowin' In The Wind' you'll hear this year.

More than 50 years after the song first made an impact on American counterculture, the Bob Dylan classic still resonates in a post-Trump would. But in Singapore, someone else has retooled its iconic lyrics into something both incredibly humorous and painfully relatable.

A busker performed his own rendition of the song in a video posted by Mothership, wherein oblique lyrics relating to American life in the 60s were replaced by modern issues that we've all had a hand in complaining about — rising costs in COEs, housing and medical expenses — and turning it into satire that cheekily ropes in ministers like Lawrence Wong and Khaw Boon Wan.

As jaunty and lighthearted the song goes, it's rounded off with a grim and timely reminder that it's not just the young that are facing these issues — "You all don’t know how long you all working, including myself. I’m 60 years old myself and I’m still working," he says, disrupting the main cadence of the song.

It also reminds us that, despite the general depoliticized nature of Singaporean music, there's still room for conscious music that resonates.

Some astute readers have pointed out that the video itself was filmed at Toa Payoh MRT station, and that he's been seen performing at Serangoon Gardens, Bishan and Woodlands as well.

We're not sure how long he's been performing, but we hope to see more of him, and less 'Creep' covers.