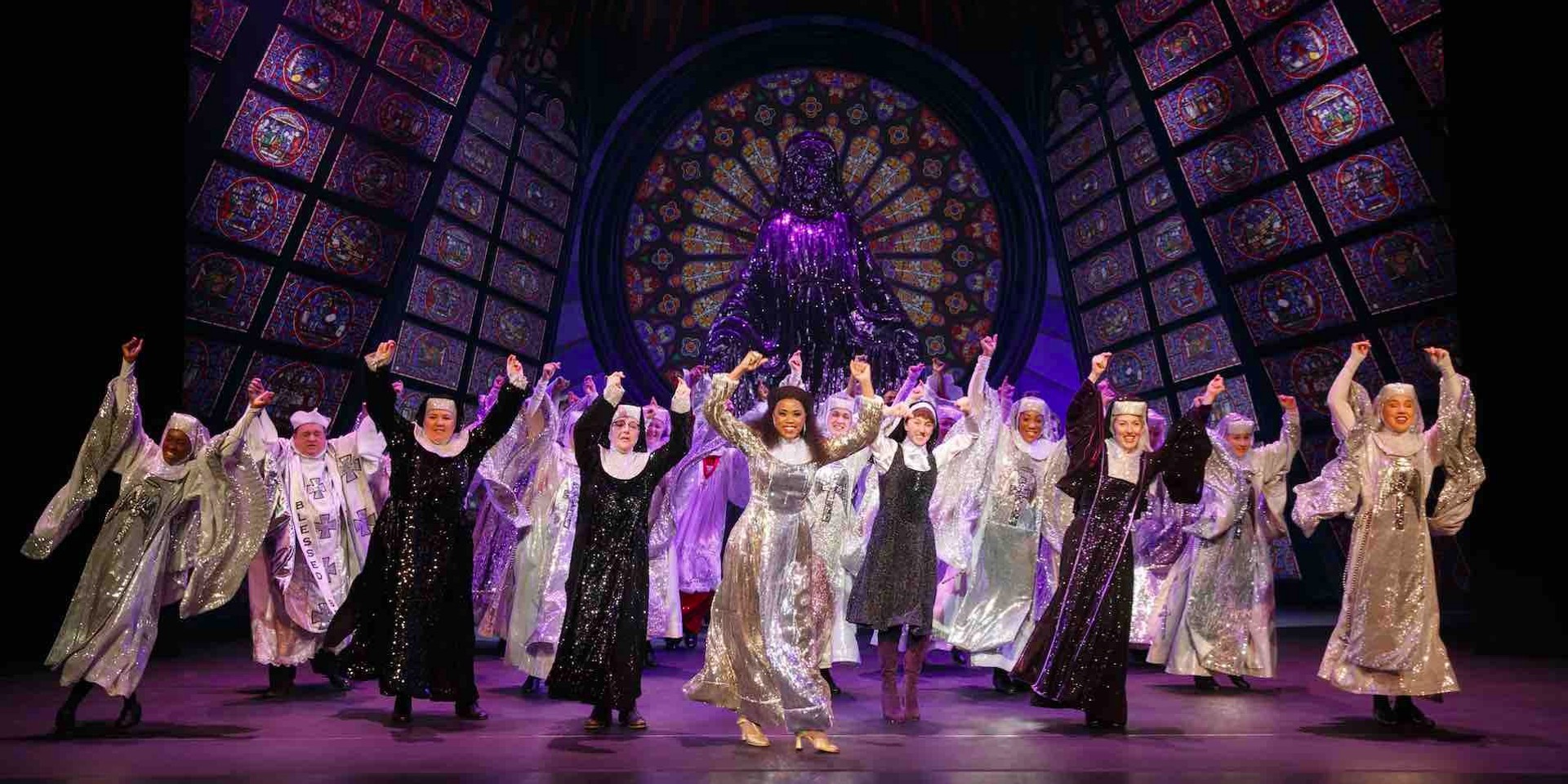 There is something magical in watching music performed live. And while the bands, singer-songwriters and the rest of our favorite musicians’ performances are beautiful, theater will always be special.

The same rang true when Sister Act took the Theater at Solaire last Thursday, June 29, 2017. Opening their curtains in Manila for the first time, the musical was as hilarious and feel-good as it promised to be, showcasing a handful of gems that the audience was more than happy to take home that night.

Show Tunes fit for (the) god(s)

While they are very different from the original soundtrack of the 1992 film where the play is based from, the songs were composed with the perfect mix of musical theater, soul and funk, and disco. Alan Menken is a genius; with every note and lyric in every number, he was able to combine the  distinct sounds of Motown and Broadway, but that’s not all.  He was also able to incorporate what we may call his signature, this light, pitter-patter arrangement that we can also hear in the Disney hits he created and inevitably won awards for.

Manila missed a couple of tunes from the original Broadway production and the orchestra may not have been as appealing at it should have been, but the audience was treated to a couple of unforgettable numbers nonetheless. Each song had in its very core a particular theme that helped draw a bit of the characters’ personality out of the artist and onto the stage: the price and sacrifice for security and sanctity behind 'Here Within These Walls,' the sinister obsession and possessiveness in 'When I Find My Baby,' and the beauty of friendship and sisterhood preached in 'Spread the Love.'

Persons Behind the Characters

Perhaps the most exciting to know more out about in any show on tour is how a bunch of very different personalities thrown together contribute to the entirety of the show, if they do at all. Fortunately for ‘Sister Act,’ their cast is a powerhouse not only of talents, but also of personalities. Joey may be nobody else but one of Curtis’ yes-men, but Harry McEnerny V is a trained singer who is into old rock and punk. Sister Mary Lazarus have found joy in rapping, but Nancy Evans is more likely to celebrate the 50th anniversary of The Beatles’ Sgt. Pepper’s Lonely Hearts Club Band. Mother Superior may look up to nobody but God, but Rebecca Mason-Wygal thinks Lea Salonga is a goddess.

The feisty, ballsy Deloris Van Cartier is a definitely quite a character, but so is Dené Hill. One would forget that she started her career as an opera singer and is actually soft-spoken in real life when she steps on the ’Sister Act’ stage. With her purple boots and blue fur on, Dené becomes Deloris personified totally and utterly completely, from her hair, to her mannerisms, and even her vocal prowess.

If there is one thing that ‘Sister Act’ in Manila should be remembered for, it is how they stayed true to the soul of the show they were staging. We already have the movie as proof that the plot is a hit, but it is the change in setting and the exploration of other storylines that made this play refreshing and more interesting. The production may benefit from more experience in performing in Solaire to achieve the balance needed for the music to fully resonate in the theater, but we are confident in the efficiency of Molly Goodwin and the rest of the team. Earlier, we talked about how the songs are beautiful, but it is how the artists performed them that made them memorable: with passion and devotion, real emotion.

The strength of this musical lies in the fact that it everything in the production is very real: the heart behind the songs, the preparation behind the curtain, the friendship behind the smiles. All that glitters can be gold after all.

Sister Act is presented by Ovation Productions and is on a limited two week run at The Theatre at Solaire:

Tickets are available via Ticketworld.