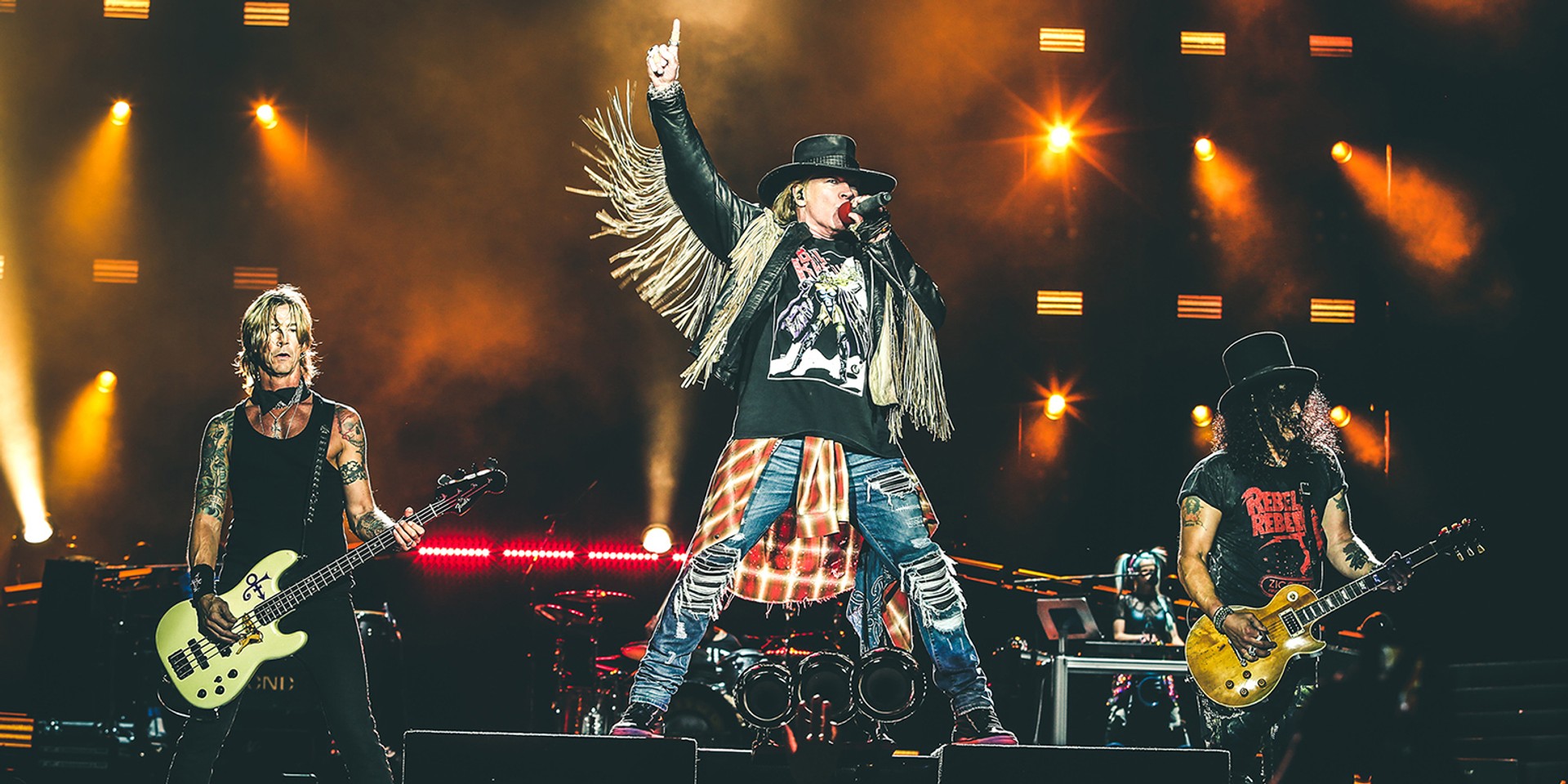 Guns N' Roses' guitarist Slash has spilled that the band is currently working on a new album.

In an interview with Japanese music critic Maso Ito, he said, "“Axl, Duff, myself and Richard  have all talked about… there’s material and stuff going on already for a new record,” he said. “It’s just, with Guns N’ Roses, you don’t go, ‘Oh, there is a plan, and it’s gonna be like this,’ because that’s not how it works. So, basically, the only real answer to give is we’re hoping to put a new record out, and we’ll just see what happens when it happens".

This is exciting news for longtime fans of the band as the last record was 2008's Chinese Democracy.

Slash, however, has been busy playing on tour with Slash featuring Myles Kennedy and the Conspirators to promote its latest album Living The Dream and Singapore was one of the lucky ones that experienced the band's explosive performance. Relive the moment by reading our review of the show.

Watch Slash's interview with Ito below.