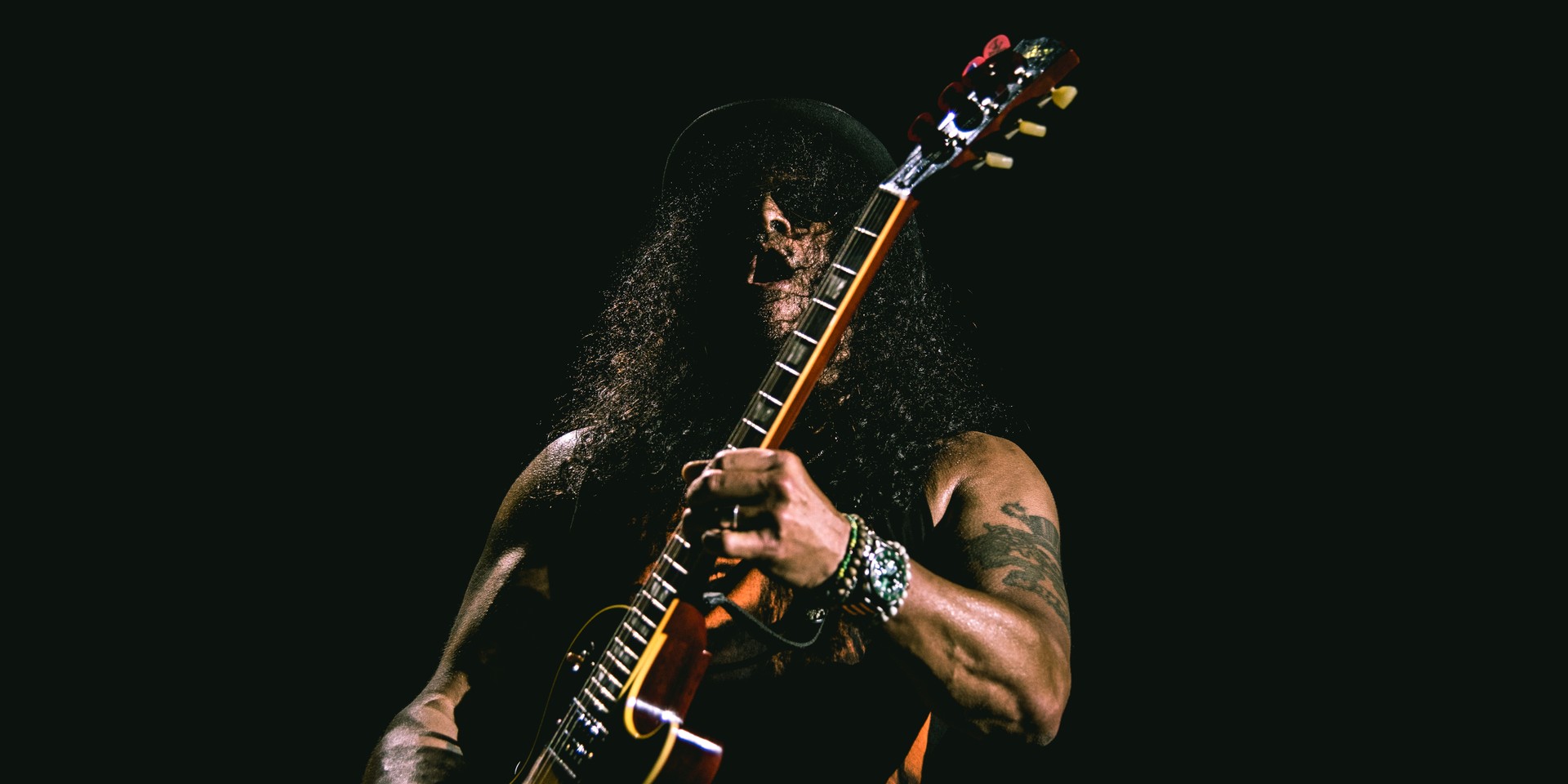 Some things cannot be denied. Like, that, rock ’n’ roll, despite suffering a glaring ebb in popularity as the zeitgeist remains enamoured of the twinned currents of hip-hop and populist dance music, will never die. Like, that, Slash is, and has been, for a long time, a living rock legend, an upper-echelon guitar god whose place in the pantheon is esteemed, solidified and nonpareil. Last night, at The Coliseum, Slash and his backing band, Myles Kennedy and The Conspirators, delivered a performance that spoke as testament of those undeniable, self-evident truths. The sounds were stratospheric; the guitar solos lush and abundant; the grooves voluptuous; the energy infectious and the mood electric. This was a rare rock show: It was history lesson by masters of the form.

But before them, the proceedings of the night were heralded by an authority close to home. Singaporean Mandarin progressive rock band Tian Di Hui took the stage for a set that consummately transcended what “warm-up” duties connote. Armed with its 2018 album Rebirth of Heaven and Earth, the sextet unspooled a set of songs suffused with melody, riffs and high drama.

Then, it was time for Slash, Myles Kennedy and The Conspirators to get on.

A word on The Conspirators: In a pre-show interview with us, Slash, whether consciously or not, used the word “perfect” to describe each and every member. And last night, rhythm guitarist Frank Sidoris, bassist Todd Kerns and drummer Brent Fitz more than ably proved his esteem right. It’s not easy being in a band where there can only be one obvious star but throughout the two-hour set, each member made a dashing and pivotal impression in singular ways.

The first song to hit the ether was ‘The Call of the Wild’, a kinetic, riffy, homage to self-belief, which is also the first song off Slash’s third album with Myles Kennedy and The Conspirators, 2018’s Living The Dream, after which the tour is christened. It demarcated the lay of the land for the night: Fist-up, expansive, multiple-solos-per-song, rock with an epic arc.

From start to finish, Slash remained the cynosure. Rock iconography in the flesh, his shades-and-top hat look, biceps-affirming tank top and the quicksilver notes that issued from his Gibson Les Paul, were all parts that informed the majesty of the whole. As a musician and pop cultural entity, there’s no doubt that Slash was a personal hero for many in the audience. There’s a mythic gravitas that accompanies his name, that, manifested live in spellbinding, stratosphere-touching ways. Song after song, from thundering anthems such as ‘My Antidote’, ‘Between The Lines’ and ‘We’re All Gonna Die’, his presence was monolithic. When his fingers scaled his fretboard with light speed intensity, time stood still. There was a minutes-long, always-ascending solo during ‘Wicked Stone’ that everyone there will remember.

Generous with its virtuosity and musical largesse, Slash and the band also made the time for a particularly poignant moment. With ‘Dr. Alibi’, the band sent a tribute to the late great Lemmy Kilmister, who featured on that eponymous 2010 song, heavenward. The crowd then responded with reverent and celebratory fervour.

It’s not that Guns ’N Roses was the elephant in the room. It had more to do with the fact, that Slash, is, at this point in time, an eminence in his own right, with a towering shadow-casting thrall of his own. Which is why, from the GNR song bank, we got ‘Nighttrain’, the ode to booze that was excluded from the band’s definitive greatest hits album. Emphatically, the performance was the staging ground of the merits of Slash’s solo merits.

As ‘By The Sword’ segued to closer ‘World On Fire’, one other thing that became unignorable was the sheer stamina of each band member. Though their days of being strapping young lads were well over, each gent more than capably powered through song-after-massive-song, show-stopping flourishes included.

Predictably, there was an encore. And predictably, what turned out to be the two-song set of ‘Shadow Life’ and ‘Anastasia’, was verily spectacular. The quintet then stood centerstage, took a bow and walked off. Veni, vidi, vici – that was the plan and that was what happened.

Slash featuring Myles Kennedy and The Conspirators Live In Singapore setlist:
'Call Of The Wild'
'Halo'
'Standing In The Sun'
'Back From Cali'
'My Antidote'
'Serve You Right'
'Between The Lines' - Live debut
'Fall To Pieces' - Velvet Revolver cover
'We're All Gonna Die'
'Dr. Alibi'
'Too Far Gone'
'Mind Your Manners'
'Driving Rain'
'Wicked Stone'
'Nighttrain' - Guns N' Roses cover
'Great Pretender'
'By The Sword'
'Startlight'
'You're A Lie'
'World On Fire'

Check out a couple of shots of opening band Tian Di Hui as well as Slash featuring Myles Kennedy and The Conspirators taken by our photographers Ashok Kumar, Png Eng Ngee and Ian Lim below. Stay tuned to Bandwagon for a detailed photo gallery. 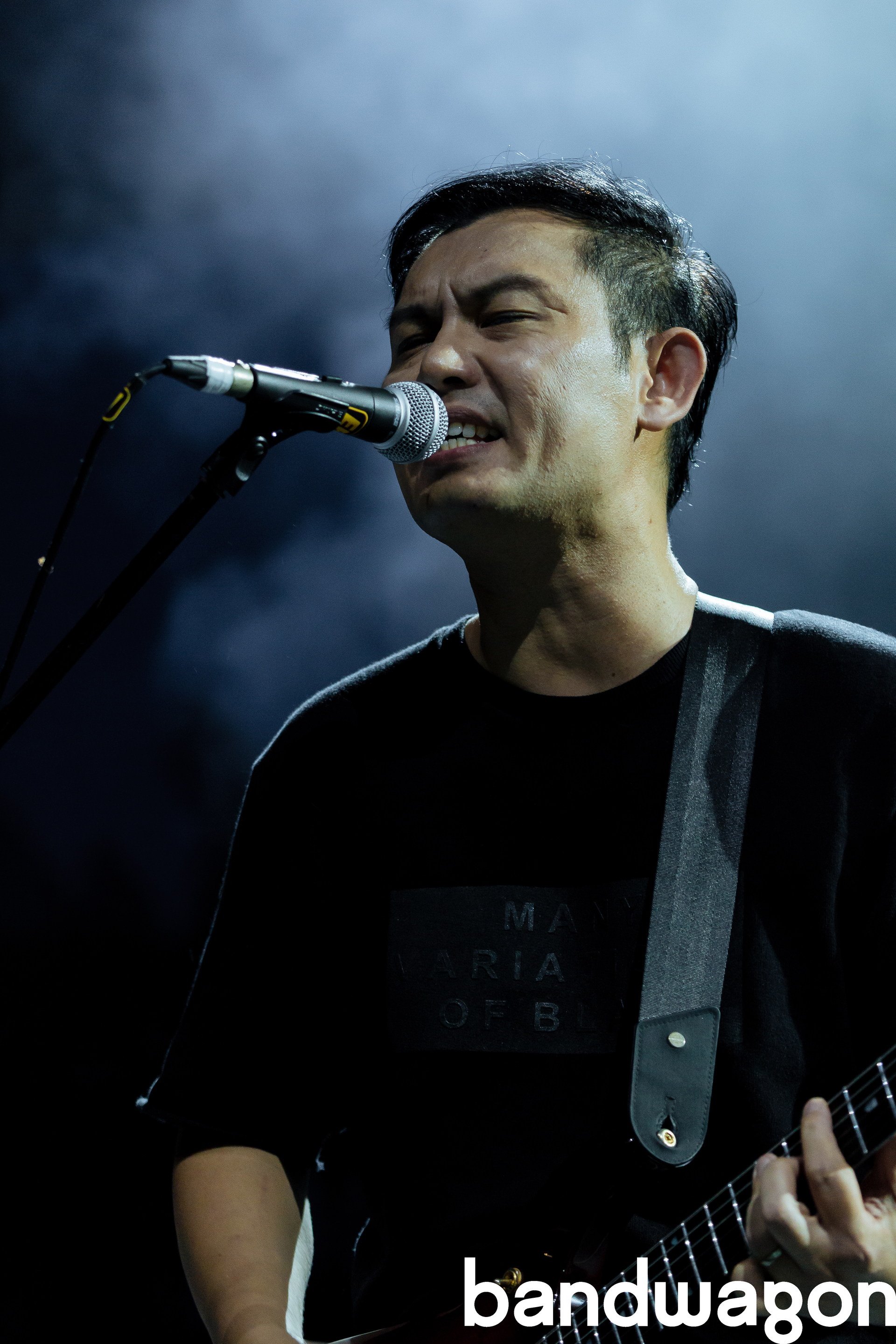 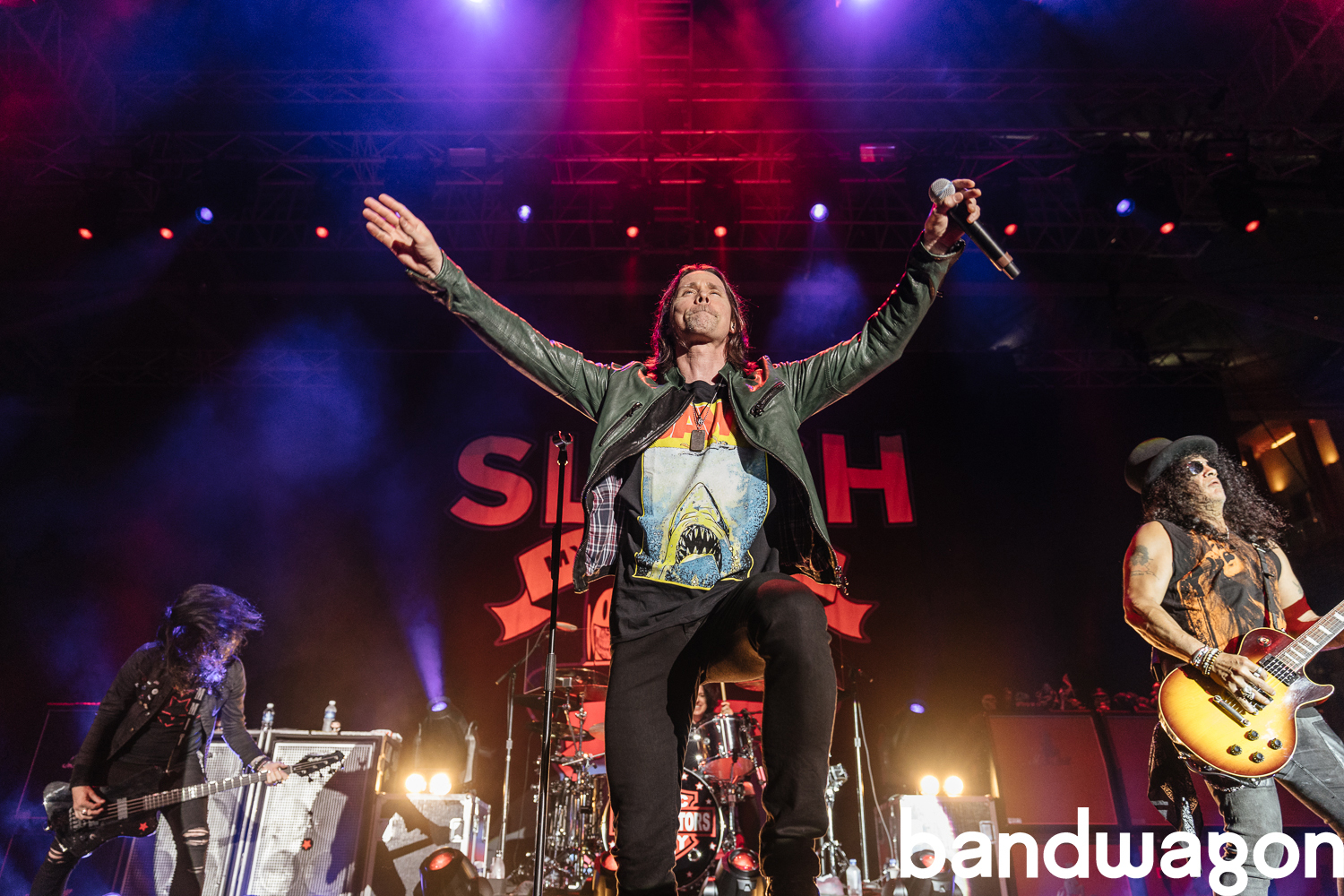 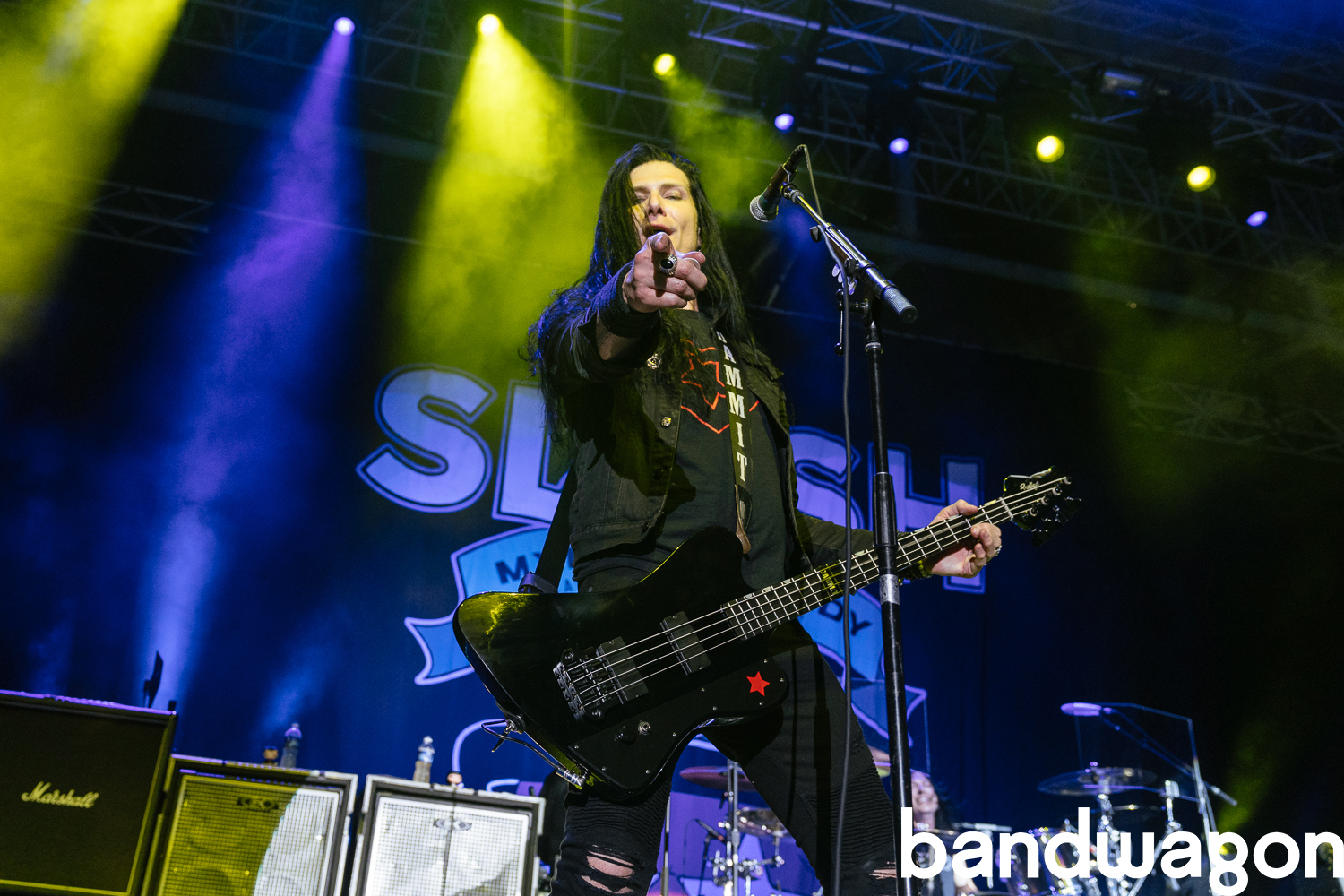 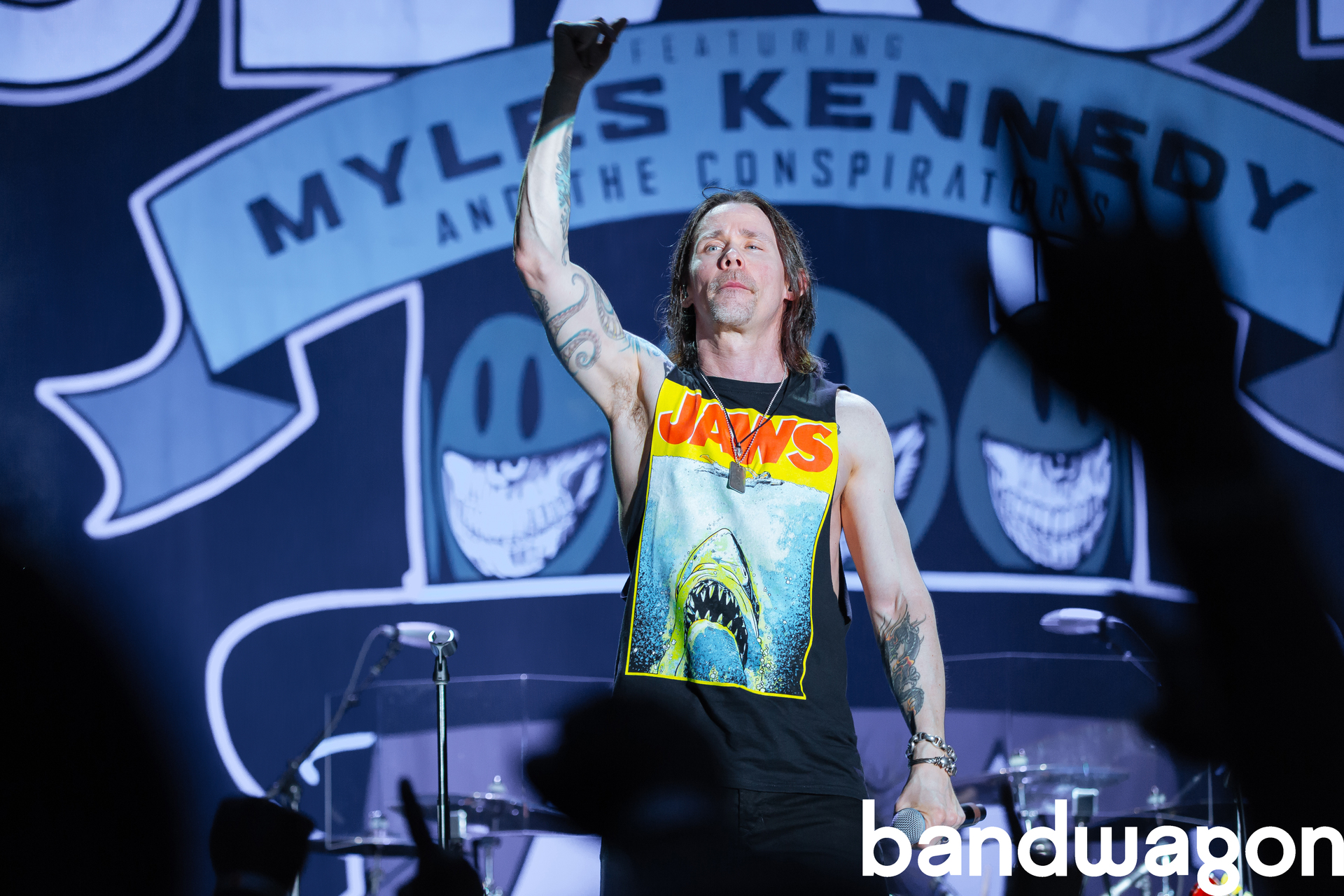 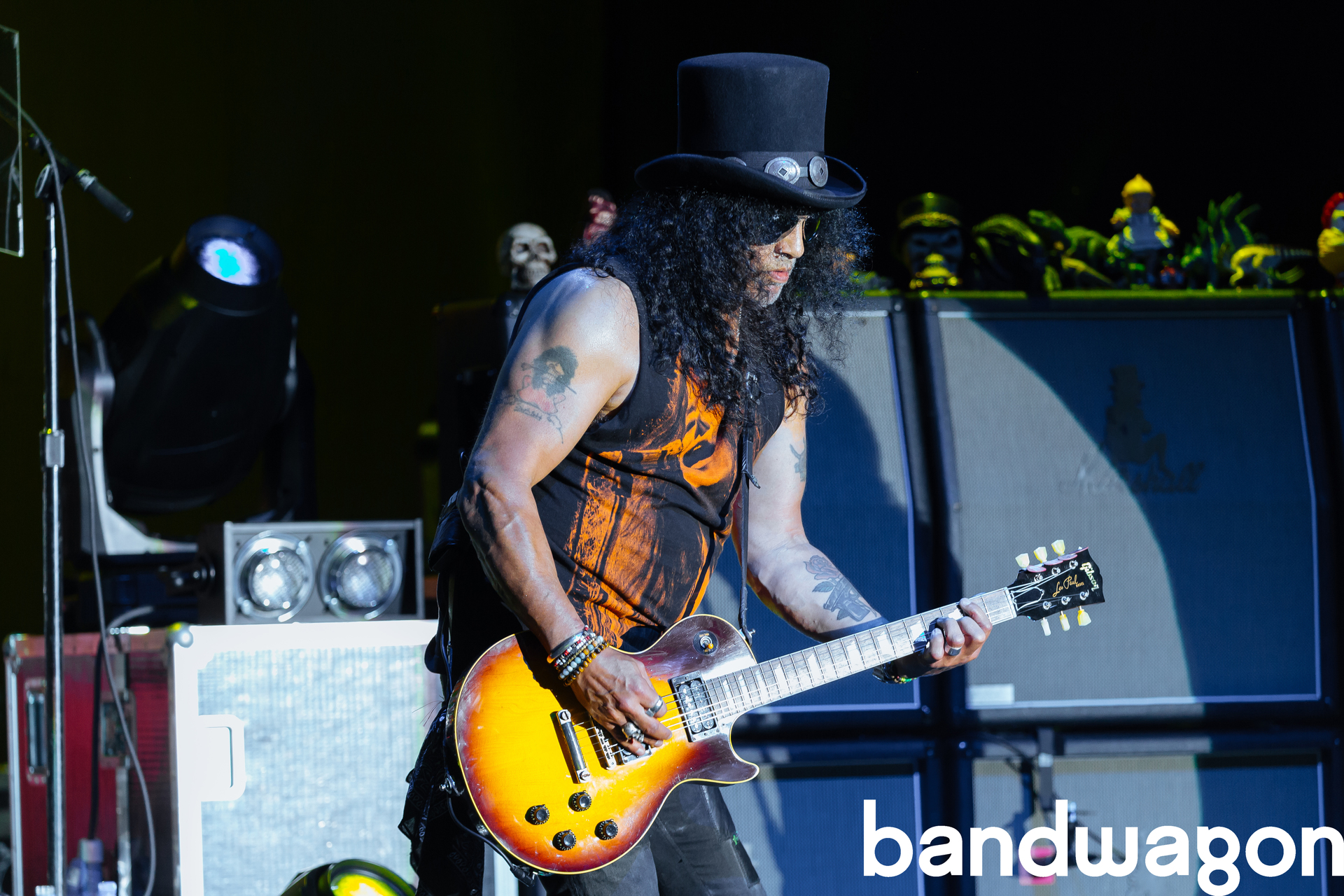 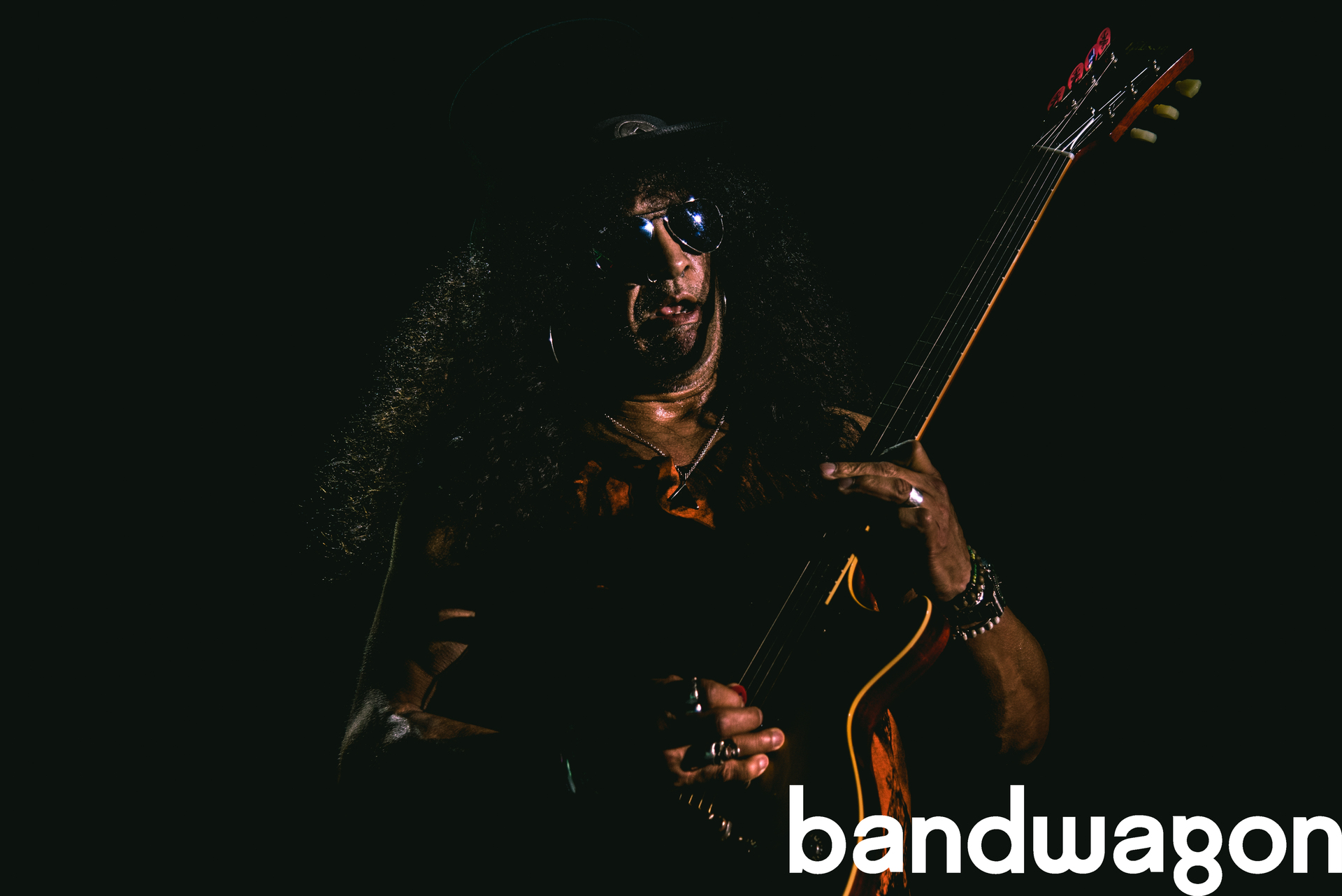 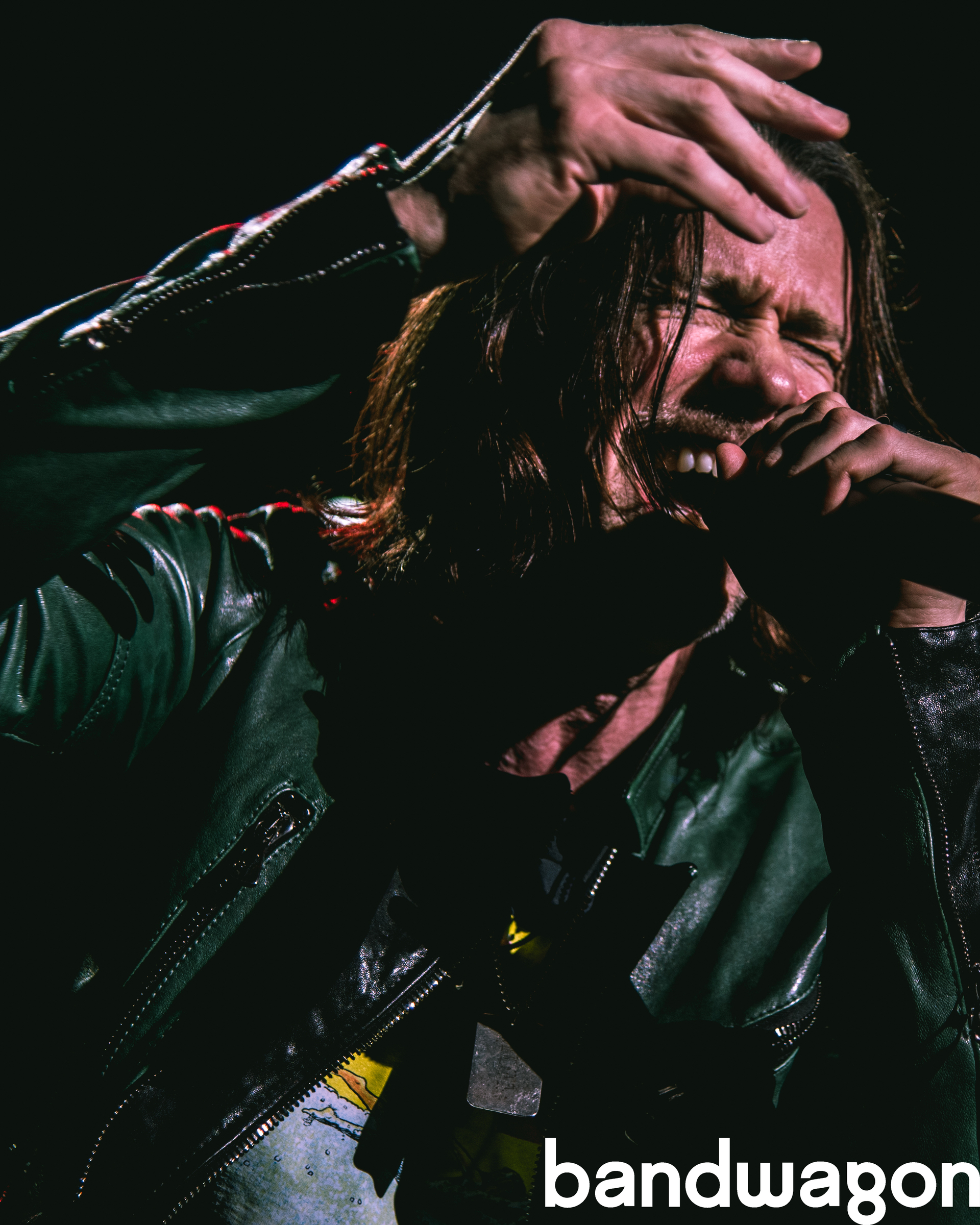