The tangible aspect of vinyl records invite a lot of artistic prospects — last year, there was an exhibition in Singapore dedicated to original art made on or from vinyl records. The black circles, as they're knighted as such by Pearl Jam, are as timeless and priceless as they are disposable and modifiable.

Endless possibilities, yes, but for DJ and artist KiDG — also known as Robin Chua — he's usually fixated on one part of the entire record experience: the album art.

"It's more than just a framed drawing or photo because this one comes with music, and a lot of times the cover speaks to you first before you listen to the music within," says Chua. "Great album art always intrigues, provokes and arouses feelings in you, and makes you think a bit more."

As a curious creative himself, Robin — who also served as the drummer of indie rock band Shelves — was naturally drawn to the worldwide phenomenon among record collectors known as "sleeveface", which has steadily been a trending style on Tumblr and Instagram in the past few years.

Defined as "one or more persons obscuring or augmenting any part of their body or bodies with record sleeve(s), causing an illusion," it's the easiest way for you to pose as George Michael or FKA Twigs without having to dress up. There's a website dedicated to the best sleevefaces, several instructional videos and even a coffee table book.

So while sleevefaces have been around for a while, Robin, an ardent vinyl record collector, only began shooting them when he started work at record store Hear Records.

Now only limited by the vast catalogue of the Singaporean record shop, along with his own personal stash of wax, he toyed around with various shots when his friends began visiting him at the store in Burlington Square.

"It's not that easy posing with the vinyl record, because it takes a while to get the shot right," he explains. "I think eventually, more friends became willing after they saw the first few sleevefaces I posted on my own Instagram and Facebook pages." 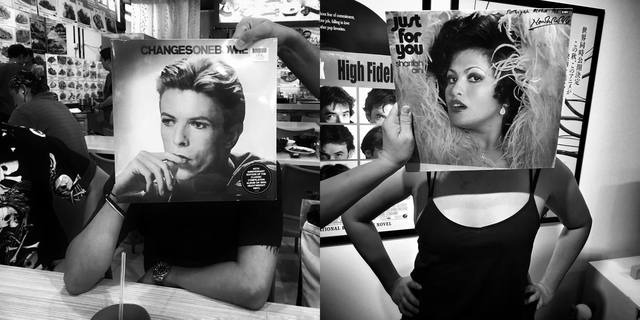 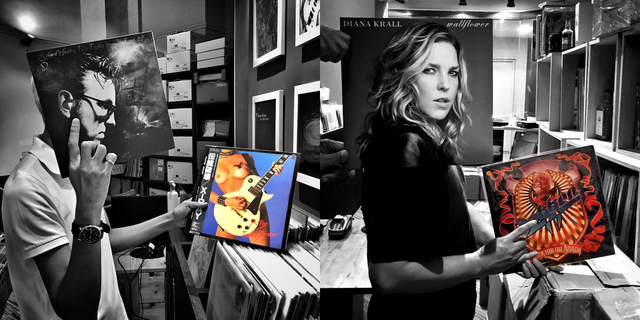 Great album art always intrigues, provokes and arouses feelings in you, and makes you think a bit more."

If you follow him on Instagram, he readily applies this in most of his pictures; save for the ones he takes when he's just chilling at home and listening to records on his lonesome (aka #homelisteninggoals).

As for sleevefaces, it has also brought him closer to friends, and it has further strengthened his appreciation for album cover design. So much so, that he even actively scouts for more potential sleevefaces with every new batch of records that arrive at Hear's doorstep.

"Most of the time I just see what's available and go with the flow," says Chua. 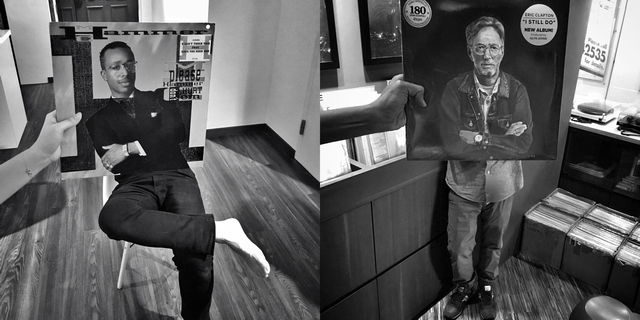 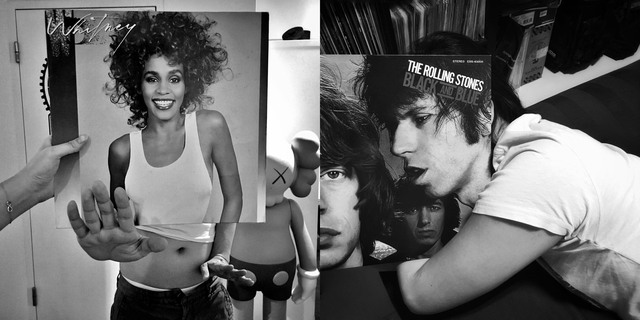 It's not that easy posing with the vinyl record, because it takes a while to get the shot right."

His sleeveface project is ongoing, and he periodically posts a few photos on his Facebook page. Despite the movement's origins in vinyl record sleeves, he has also tried out a few shots with CD sleeves (remember those?) with surprisingly neat results.

However, vinyl just has the history and longevity that no other format can match, and a fascination of his are raunchy, NSFW sleeves from the 70s and 80s — usually gaudy art for disco and funk records. He admits that he'd like to try one of them for a sleeveface shoot one day.

"But then I doubt anyone would wanna subject themselves to be part of that!", he laughs. 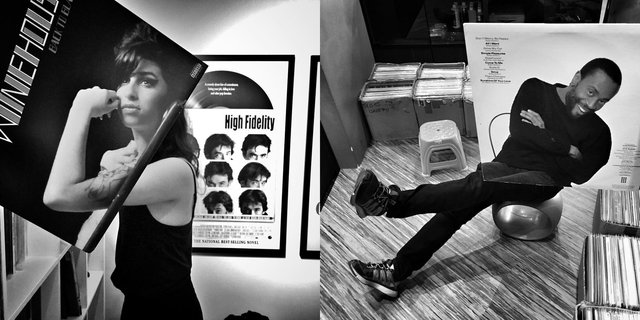 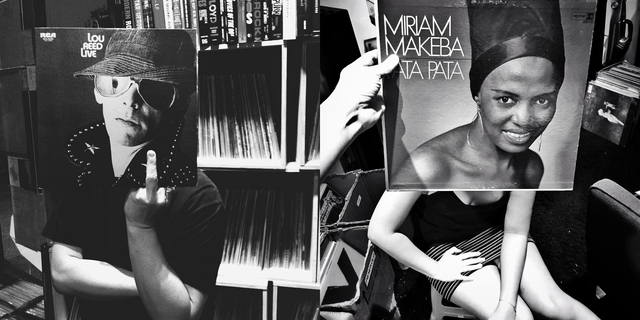