Slipknot have announced the new dates of their rescheduled We Are Not Your Kind Southeast Asia 2021 Tour.

On Thursday (06/11), the 9-piece American metal act took to social media to reveal that they will be pushing through with their We Are Not Your Kind Tour in January 2021, opening with the 2-day Knotfest Japan festivities in Tokyo on January 10-11, then headlining Singapore Rockfest on January 13, followed by their Manila debut on January 15, and another headlining slot at Hammersonic Festival in Jakarta on January 17.

THE BITTER, THE MALADJUSTED AND WISE – A REVIEW OF SLIPKNOT'S WE ARE NOT YOUR KIND 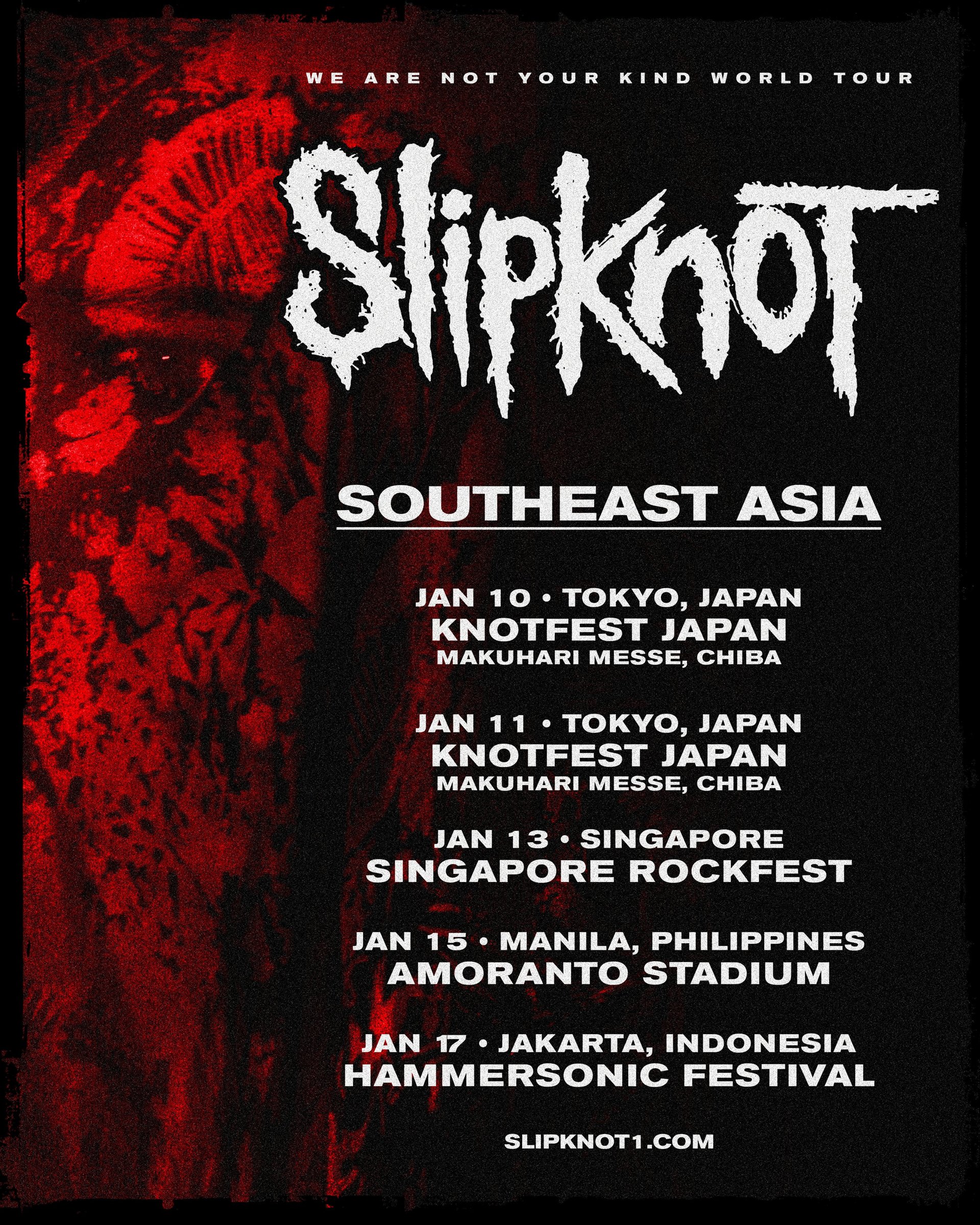 SLIPKNOT WE ARE NOT YOUR KIND SOUTHEAST ASIA 2021 TOUR DATES:

Watch Slipknot's 'All Out Life' music video below.