If you’d count yourself as a regular indie pop music lover, chances have you haven’t heard of Australian indie rock band FAIRCHILD. It should then come as a surprise to you that the band have actually built themselves quite a fanbase, both locally and in the rest of the world. How this band slipped the spotlight is anyone’s guess.

The journey that Lyons brought us on introduced us to the deep and dark stories behind the band’s music, and belied a deep emotional connection that we could feel over the phone, despite the cross-continental call from the band’s hometown of Gold Coast. Something told us that an impenetrable emotional weight clung on to Lyons like an obsessive, clingy, shadow refusing to let go.

The band was brought together like any other – they were simply a bunch of like-minded people that liked to play music. But what’s worth noting is that not all members were well-steeped in the laws and rules of music before coming together. Only Lyons had any form of formal experience, while others were pushed by the thought of doing something together with like-minded people.

Lyons shares: “I don’t know… I have played music previously, but all the other guys including the initial band members have never played music before. It’s something that we all decided to together at the time. We never really studied music at school or were even in the school band or anything like that. It’s more like… [it’s] something we grew up hearing together, like a hobby. It’s kinda grown into much more now.”

The working ethos of the band, however, is one that’s replete with openness and a closeness that comes with the sharing of one’s deepest and darkest secrets. According to Lyons, band members regularly share the happenings of their lives with each other. This seeps into their songwriting as well. 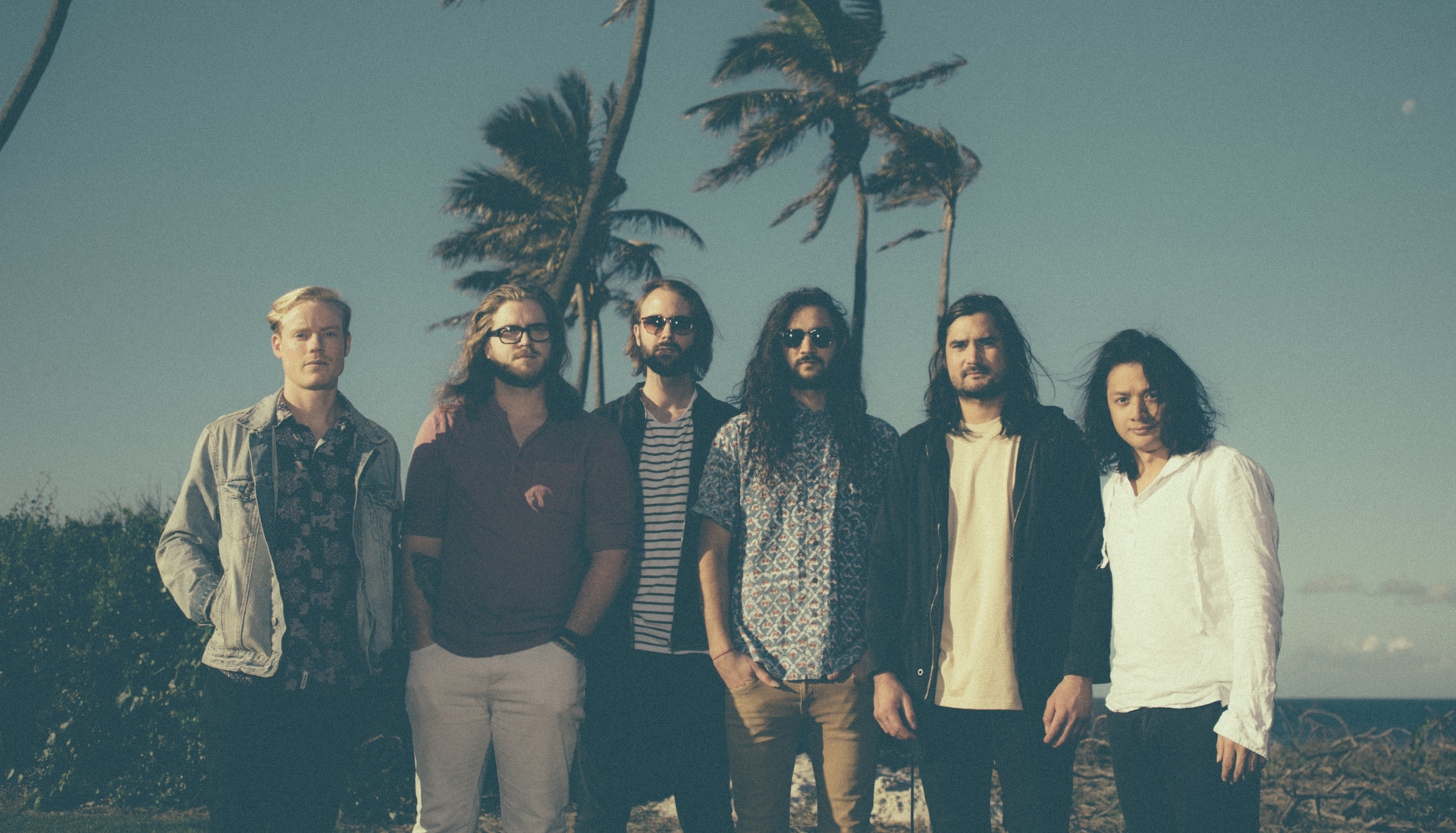 Seeing that they do, studio time is honest: “Everyone’s got a role to play. Everyone’s got a time, but we’ve never limited anyone in this band to their instrument. I think that’s the important thing. If I can criticize them as a guitarist for something they’ve done or they can criticize me for something I’ve done, in a way, that benefits the greater good of the track or even just the relationship – that’s how we work. Everything’s so open, it allows us to not get too complacent with ‘oh that would do, let me just chuck that in there’.”

"We’re very down to earth people. We’re very open. We all know what’s going on in each other’s lives, that’s the way we are."

- Adam Lyons, on the closeness of the band

This closeness perhaps did the good work of nagging Lyons not to tell guitarist Tom ‘Timmy’ Voeten that the band’s most recent single, ‘So Long and Thank You’, was actually based on the passing of Voeten’s father – a harrowing experience that the band banded together for as they carried Timmy through a dark period of his life.

“I was personally involved with that, with the downsides of, and the ups of his dad prior to starting that," he says. "If I’m honest – I’d tell you a story. I didn’t admit to Timmy that I lyrically written about, that song until 7 months after. After we finished recording it. The version you heard. I felt like I sat down and told him what I was singing and what I was feeling.”

He adds: “Whatever was coming out of my mouth or on to that piece of paper at the time made sense. I had, in fact, lied to him about what I had written that song about — that song, obviously, opened questions to him. That doesn’t really happen in our band, everyone really does their job, and it’s never really questioned. He’d asked me about that song, and I was just kinda out of the hospital myself, and I used that façade as a way to not bring up something that would potentially upset Tim.”

But eventually, the air was cleared, to good effect – obviously helped by the band’s ethos of staying close and updated on the ebbs and flows of each other’s life.

In fact, so close were they that in the pursuit of songwriting, the band upped and left their hometown of Melbourne to Manchester, England, which the band was in during the period of Brexit. This became one of the pillars for the album's name.

“We were in the UK and we went through the Brexit thing. We were in Manchester and they announced that Brexit is happening. It definitely scared some people away. If there’s one thing what people love to do, it's to escape. [You can] listen to something and forget about [everything else] for months — the things that’ve been flung at you.”

Herein lied what the band wrote music for: as an escape, as an outlet, as a means for people to forget about the world flinging problems at them. This is a refreshing change – usually, bands write about love and loss, love being a universally recognizable topic that most people can identify with. But recently we’ve interviewed a trope of artists who believe otherwise – one of whom is FXTRT, who approach their songwriting in a rather carefree style.

One thing kept bugging us about the title, however – it seemed like an ode to what the band had already done, and a permanent goodbye after years of playing music together. It seemed like a thank you to the fans, and a close in the book of FAIRCHILD.

Lyons did nothing to dispel such doubts. He says: “we’re leaving that open ended. We’ve done a lot of stuff. It may not be on the level of some other bands. We choose a lot of things... Singapore - we’ve toured that 4 times. We’re the same band coming through a their own headline show in Singapore and sold the place out. Not many people can do that.”

But he explains further that the root of this title comes from the band’s crazy decision to up and leave their home to set up shop in Manchester, England, during Brexit.

“We’ve had to go through saying goodbye to the Gold Coast, Australia, our home – we moved to Manchester for two years," he says. "We’ve never been to Manchester. 60% of the band has never been to Europe or the UK. We decided to pack our shit up and just move up there. You don’t do that. It sounds stupid. And we had to find houses, and make friends, and find jobs, and find our place there. All of a sudden, we felt comfortable in this. Then we had to say bye again, and then leave, then come back."

- Adam Lyons, on the band deciding 'So Long and Thank You'

After this crazy experience, the title So Long and Thank You was just something that seemed to resonate with every member of the band. “Every other time, we’re talking about titles and albums by the way. I’m talking what I’d be writing about, another guy would be talking about how they felt, it’d change every two seconds… for some reason when ‘So Long and Thank You’ got thrown up, everyone went silent. I think that was the reason that it all comes from. It’s what we wanted to get out of it, or what we were trying to get out of it, or what we want people to feel, or what people were feeling.”

So the deep emotional turmoil of being ever so involved in each other's life has clearly been a double-edged sword for the band.

While it brings them closer and ensures an unprecedented chemistry that only helps songwriting, it makes for deep and dark experiences that also make the experience of working together as a band a roller coaster. While we're unsure of whether the band will stay together for another Singapore stop, we await with bated breath to see where FAIRCHILD goes in the coming months.

The band's first album, So Long and Thank You, is now officially released.